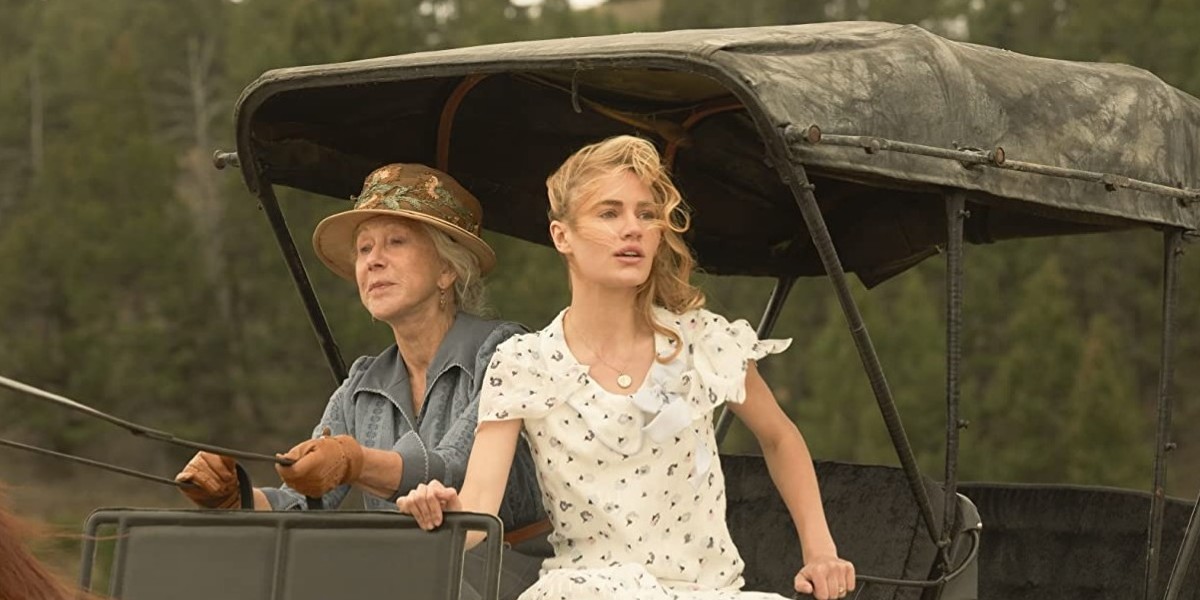 Paramount+’s ‘1923’ is a Western drama series that serves as a continuation of ‘1883.’ The series is the second spin-off to ‘Yellowstone‘ and details the origin story of the Dutton family. It introduces viewers to Elizabeth “Liz” Strafford, the fiancée of Jack Dutton and a new addition to the Dutton family. However, the third episode endangers the life of Elizabeth, leading to drastic implications for the show’s overall narrative. If you are wondering whether Elizabeth dies, leading to Michelle Randolph’s exit from ‘1923,’ here is everything you need to know! SPOILERS AHEAD!

Elizabeth “Liz” Strafford is the daughter of Bob Strafford, a neighbor of the Duttons. She is engaged to Jack Dutton (Darren Mann), the grand-nephew of Jacob Dutton (Harrison Ford), the current patriarch of the Dutton family. The couple is set to tie the knot but is forced to postpone their wedding after Jack must accompany Jacob and his father, John Dutton Sr, on a trip up the hill to keep their cattle fed. While Elizabeth takes the news badly, she understands the situation’s urgency after a conversation with Cara Dutton (Helen Mirren).

In the third episode, titled ‘The War Has Come Home,’ Elizabeth reunites with Jack after the Yellowstone cowboys return home following their trip. Later, the Dutton family heads to the town, and Elizabeth accompanies Jack on the trip. During the trip, the Duttons stay at a hotel, and Jack and Elizabeth spend the night together. However, on their way home, the Duttons are attacked by a group of gunmen led by Banner Creighton (Jerome Flynn). During the gunfight, Elizabeth is the first to get shot. A bullet hits her in the stomach, leading to a loss of blood. While Jack rescues Elizabeth from the wagon, she is mortally wounded by the episode’s end.

In ‘1923,’ actress Michelle Randolph essays the role of Elizabeth “Liz” Strafford. Randolph is best known for her portrayal of Blanca Snow in the romantic comedy film ‘A Snow White Christmas.’ Randolph’s Elizabeth is gravely injured during the third episode as she gets caught in the crossfire between the Duttons and their enemies. However, Jack rescues Elizabeth and brings her back to the log cabin. At the house, doctors arrive to operate on Elizabeth, and she is still alive by this point. Therefore, it is likely that Elizabeth will survive the ordeal.

In several interviews, Michelle Randolph has spoken about her character’s strength and resilience. She has stated that Elizabeth is stronger than she appears in the first few episodes, implying that her character will be a part of future storylines. Likewise, Randolph stated that Elizabeth would find out what it means to be married to a rancher. As a result, it is possible that Jack and Elizabeth’s pending wedding will take place in a future episode. If the couple gets married, Randolph’s Elizabeth will become the grandmother of Kevin Costner’s John Dutton III, the patriarch of the Dutton family in the present day.

Consequently, her character’s survival will be necessary for the birth of Costner’s character. Lastly, Randolph is credited as a series regular for the first season of ‘1923.’ Hence, all signs point to Randolph’s Elizabeth surviving the seemingly fatal gunshot wound and living to build a family with Jack Dutton. Ultimately, based on Randolph’s words, we can deduce that Elizabeth is set to be a part of some major storylines moving forward. With Elizabeth’s survival, it is unlikely that Randolph will exit the series anytime soon. The first season of ‘1923’ consists of eight episodes, and viewers can expect to see Elizabeth and Jack’s relationship unfolding in the upcoming episodes.