Apple TV+’s ‘Echo 3‘ is an action thriller series created by Mark Boal. It revolves around Prince (Michiel Huisman), Bambi (Luke Evans), and Amber (Jessica Ann Collins). When Amber gets kidnapped by rebel troops in Colombia, Prince and Bambi do everything in their power to save her. Things have been getting pretty tense in the series, with Prince shot in the back and Bambi working with the military to get her sister out. Fans must have had a lot of questions after episode 3, and this episode does answer most of them. Episode 4, titled ‘Upriver,’ poses some questions of its own. Let’s catch up and dive into the details about the ending of ‘Echo 3’ episode 4. SPOILERS AHEAD!

The episode opens with a scene of the dead bodies of rebel troops who were killed by the Colombian military. Graciela is mourning the death of her girlfriend, Fami. She decides to kill Amber and make an impact instantly. She commands the troops to climb a cliff, forcing her to jump off. Amber shakes and trembles with the sense of impending death. But eventually, Graciela changes her mind and travels to a distant facility to keep Amber.

On the other hand, we see Prince alive but suffering in a hospital in Atlanta, Georgia. After getting shot in the back, he is getting treatment and recuperating from the shock of the events. He reminisces about holding Amber in his arms and almost saving her from the horrible guerilla troops. He is conflicted between his love for Amber and his distrust after knowing that Amber is a special-status CIA agent.

Bambi is with the Colombian military when they reach a dead end and can’t go any further. The Venezuelan jurisdiction hinders them from traveling into the facility, so the military turns around, but Bambi decides to stay back. He stays there for recon and observes the places for some time. Being an experienced soldier, he focuses on the vehicles that go in and out of the facility. He spots a truck of a fisherman, Javi, and contemplates his next steps.

Meanwhile, Bambi gets a call from Mitch at the CIA, who informs him that the government is hesitant to help them as their hands are tied. Bambi urges Mitch to do something and threatens to kill him as well. This causes Mitch to be stuck between his oath to the job and his personal allegiance to Amber and Bambi. The rest of the episode navigates Prince’s inner turmoil as he strays away from his path. We also see Bambi cleverly thinking of ways to protect his little sister and get her back home safely.

Echo 3 Episode 4 Recap and Ending: Does Prince Cheat on Amber?

Following his treatment and hospitalization, Prince arrives at the Haas Global office for a meeting with his father and a senator. We instantly know that Prince has stepped into familiar territory as he knows the employees and knows his way around the office. In the meeting, Prince and Reese, a Company employee, are witnessed exchanging glances. This points to the fact that they have known each other intimately. With Amber out of the picture, Reese thinks she has a chance to get Prince back. 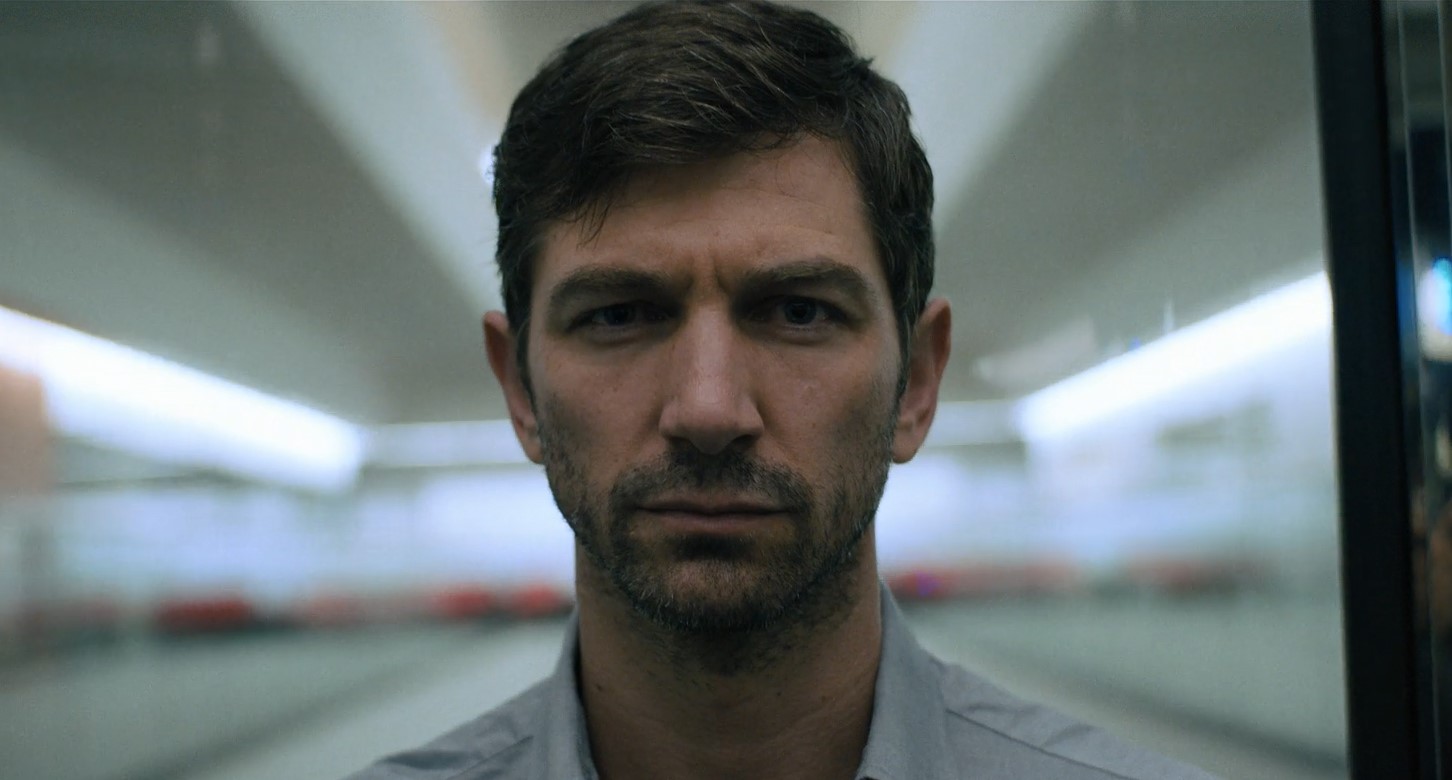 Reese finds Prince extremely attractive. She sends a picture of herself to Prince. Provoked by the attention, they flirt on the text and eventually meet up at Prince’s house. Their chemistry is clearly visible, but Prince shuts the thought out by saying that the time isn’t right.

Seems like Reese touches a nerve when she says that she understands he is scared. They begin making out, but a switch inside Prince turns off again. He backs off, making his inner conflict clear to the audience. Reese talks about Prince’s injury and his personal loss. Prince implies that he knows about Reese’s ulterior motives. Ultimately, Reese charms her way to Prince as he gives in and lets her pleasure him orally.

Reese takes advantage of Prince’s vulnerability, but we don’t see Prince taking a firm stance either. He cheats on Amber out of loneliness or maybe just to feel another person’s company. He has been through a lot with his wife in danger and has suffered both physically and mentally. But on a deeper level, we also feel that Prince has lost faith in Amber as he struggles to trust her again.

Does Prince Give up on Amber?

Prince talks to his dad about being pulled in two different directions while the latter visits him in the hospital. He knows his wife, Amber, and feels like she is the purest soul on earth. But at the same time, he feels betrayed as Amber lied to him about working for the CIA. Prince’s father recalls his favorite lines from a poet who says to know when to stay and know when to run. 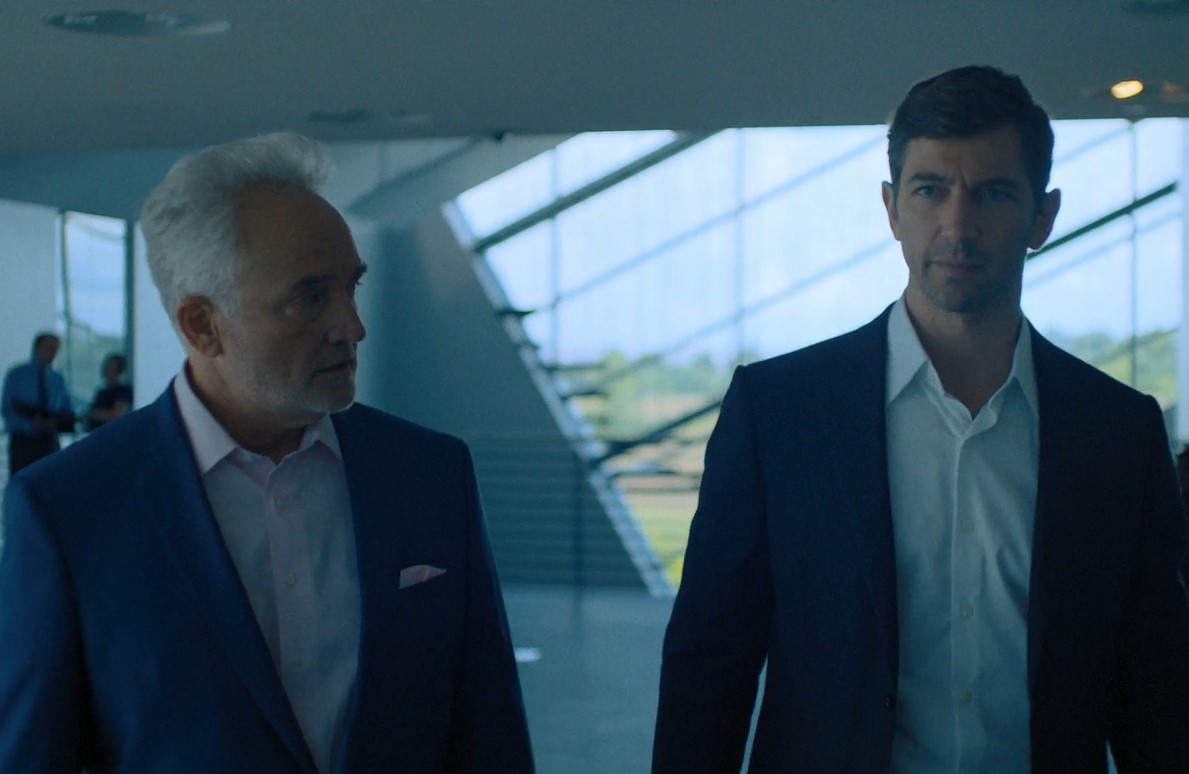 Prince faces this agitation throughout the episode and deals with his intrusive thoughts. He announces at the Haas meeting that he will soon run for a senator seat. His father rejoices and can already see Prince on his way to being a Presidential candidate. The senator attending the meeting is a good friend of Prince’s father and pledges her support instantly. She nudges Prince to capitalize on his wife’s situation to get sympathy and support.

To a certain extent, we believe Prince has given up on Amber as he tries to move on with his life. We don’t see him contacting Bambi after he gets better, nor does he makes any effort to get back to Amber. While he confronts his confusion, he lets go of his love a little. It can be because of his traumatic injury as well. He is vulnerable at the moment and needs time to get his head right. Prince’s loneliness and vulnerability make him cheat on Amber as well.

How and Why Did Bambi Befriend Javi?

The truck that Bambi spots getting into the Venezuelan Facility is Javi’s. He is a fisherman who also runs a bar with the help of his sister. Slyly, Bambi talks his way to the sister and gets her to trust him. He shares his childhood anecdotes with her and gets in a fight purposely so that she can save him. With this, he furthers his connection to Javi, who is more closed off and lonesome.

Eventually, he makes a deal with Javi to fish for him and help Javi sell the fish in a local market. They earn considerable profits as Bambi and Javi share drinks and stories on the job. Bambi has ulterior motives for being friends with Javi. Considering the latter’s business acts like a transportation service for the facility, Bambi hopes to go there under Javi’s trust and in disguise. This is why he earns his trust and works with him to build rapport. Javi’s business will allow him to get closer to Amber and eventually save her.

Read More: What is the Meaning of Echo 3 Title?