10 Games You Must Play if You Love Black Desert Online 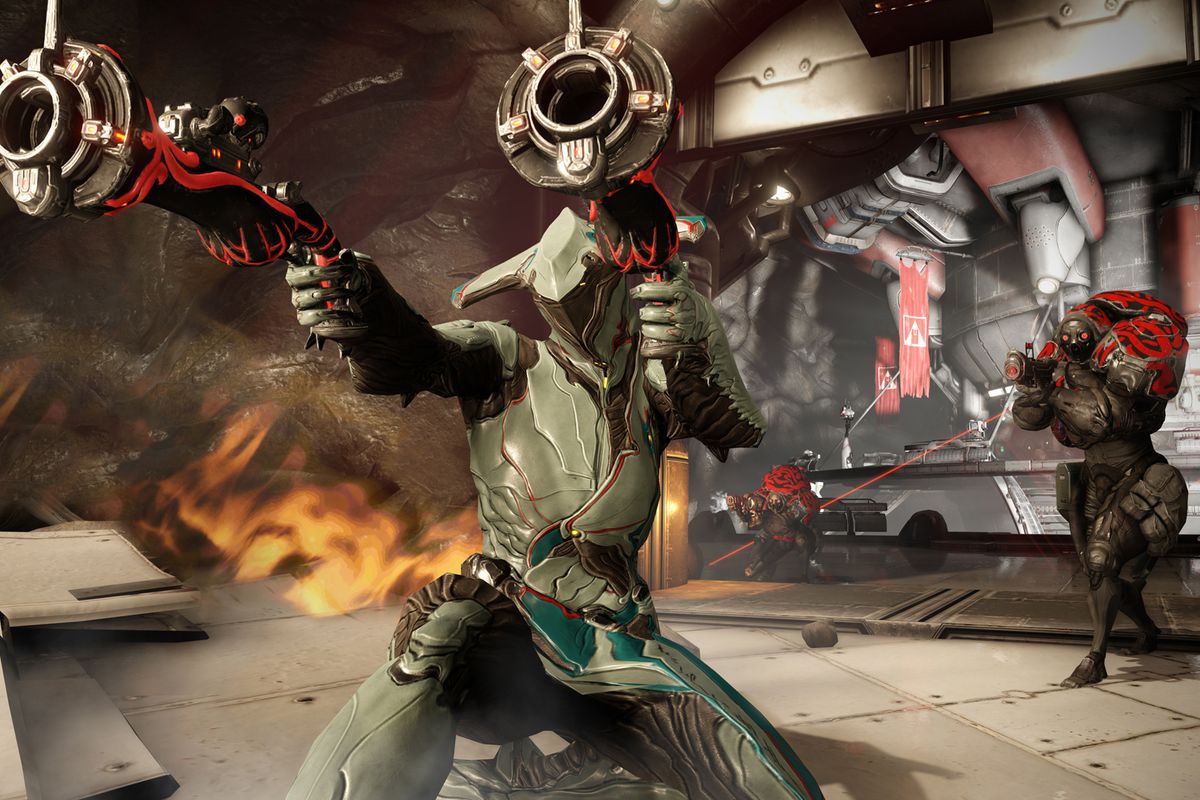 Black Desert Online is a high fantasy MMO similar to Elder Scrolls Online, but it does steer away from some of the commonly found mechanics in MMOs. The storyline of the game revolves around two kingdoms at war — The Republic of Calpheon and the Kingdom of Valencia. After being at peace for years, tensions began to rise due to a deadly plague that affected both kingdoms. There are four main starting areas and over a dozen, classes to choose from. It has surprisingly great customization and you may find yourself spending hours customizing your first character even before you set out on your journey.

The graphics are incredible, and it is one of the most beautiful MMOs out there. Guild vs. Guild PVP content is a hit and offers a far more detailed experience than most other titles in the genre. It is definitely one of the most unique MMOs that you can get your hands on and despite the endgame not being particularly good, you can still put in dozens of hours into the game without being bored. So with all that said now, here is the list of video games similar to Black Desert Online that are our recommendations. You can play these games like Black Desert Online on PS4, Xbox One, Xbox 360, PC, iPhone, Android, mac or even online. 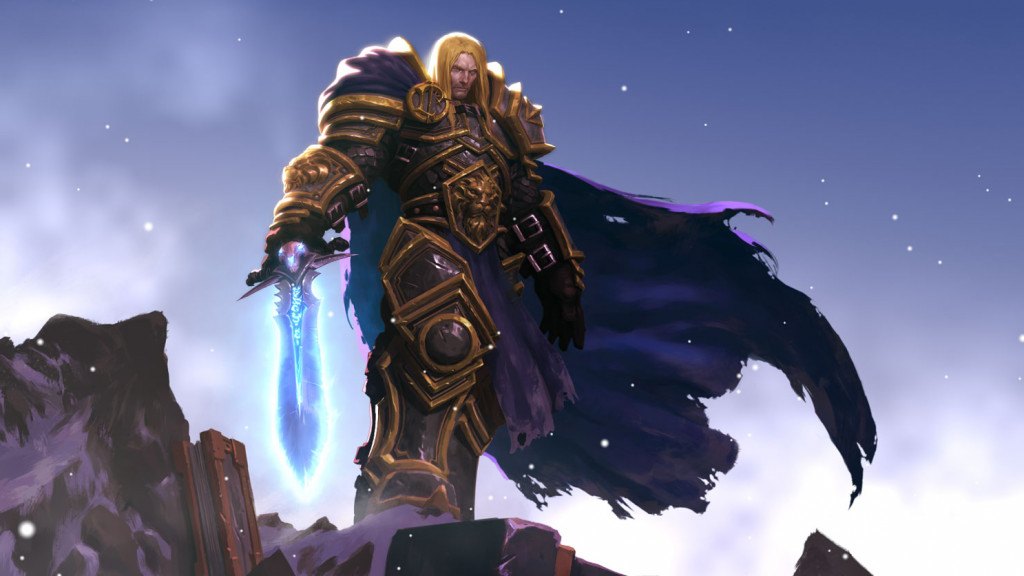 The foundation for World of Warcraft was laid out by the original Warcraft games, which led to the birth of Blizzard’s biggest IP. The Warcraft universe is much more than just video games. There has been a Hollywood adaptation, books, comics and so much more. If you have not played the original Warcraft games, we strongly recommend checking out Warcraft III: Reforged, which should be out sometime this year. The pre-orders are already up, and we can expect it to come out before the next Blizzcon. You will get to relive some of the best moments in gaming, and if you are a fan of the Lich King expansion in WoW, you will love what the Warcraft III remaster has to offer with its Frozen Throne content. The success of the Warcraft led to the birth of games like Hearthstone: Heroes of Warcraft, WoW and of course, the amazing community that has been through thick and thin during the franchise journey that has lasted over two decades. 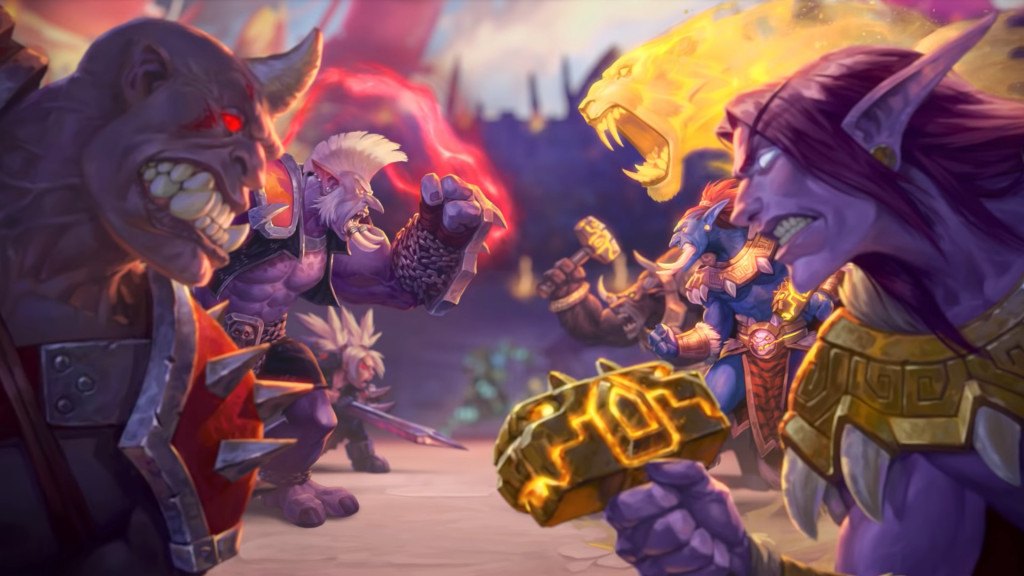 You might be a World of Warcraft fan looking for a more casual experience elsewhere instead of being forced to invest hundreds or even thousands of hours on a different MMO. Hearthstone is a collectible card game that has an insane number of characters from WoW, and while Blizzard dropped the “Heroes of Warcraft” tag from the game, we are still getting a consistent flow of Warcraft characters in-game. There are nine iconic starter heroes including Jaina Proudmore, Thrall, Anduin and more.

The game is free to play and is available on Android, iOS, Mac OS and PC. You get to build decks with 30 cards, and each player has 30 HP, to begin with. If you bring down your opponent’s health pool to zero, you win. The game has a solid eSports scene, and if you are planning on being a competitive player, there’s a lot of prize money up for grabs. The game does have its flaws and keeping up with expansions can feel a little tedious. However, it is what made digital CCG games so popular, and it still continues to be one of the most played games in the world with over 100 million accounts being registered. 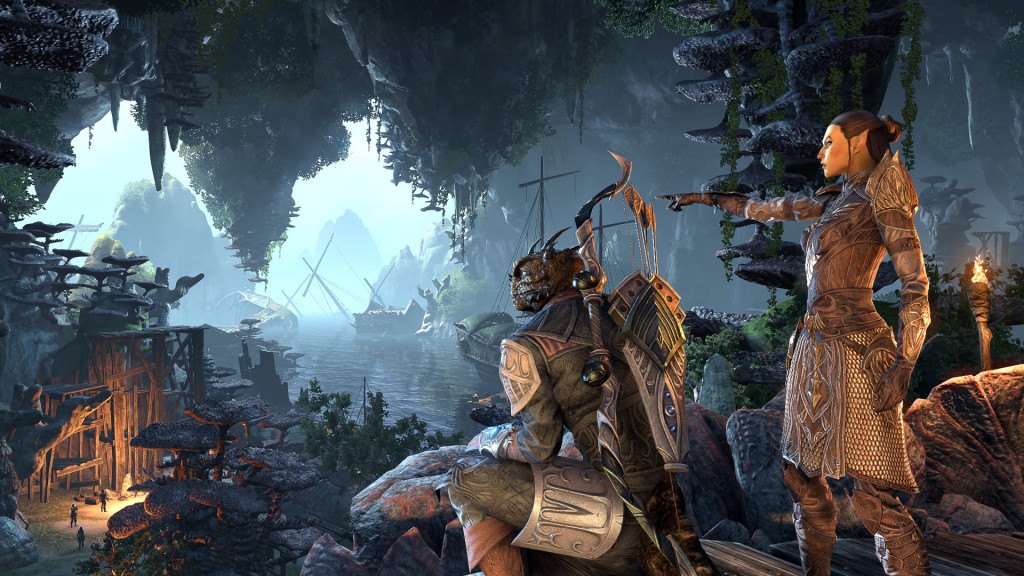 For a lot of players, Skyrim is what brought them into the Elder Scrolls franchise. However, did you know that there is a full-fledged Elder Scrolls MMO? If you are looking for a distraction from World of Warcraft, Elder Scrolls Online might be your jam. ESO is all about high fantasy and is based on the fictional world of Tamriel. Unlike World of Warcraft, where you get to choose from Alliance and Horde, you get to be a part of three unique factions. ESO is essentially a prequel to Skyrim, and all events that take place in the MMO occurred roughly thousand years before Elder Scrolls V. Unlike World of Warcraft, Elder Scrolls Online’s ability usage is not limited by cooldowns. If you have the energy for casting an ability, you can cast it instantly. It makes the gameplay much more fluid. If you are looking for a PvE experience, ESO is one of the best you can get your hands on. 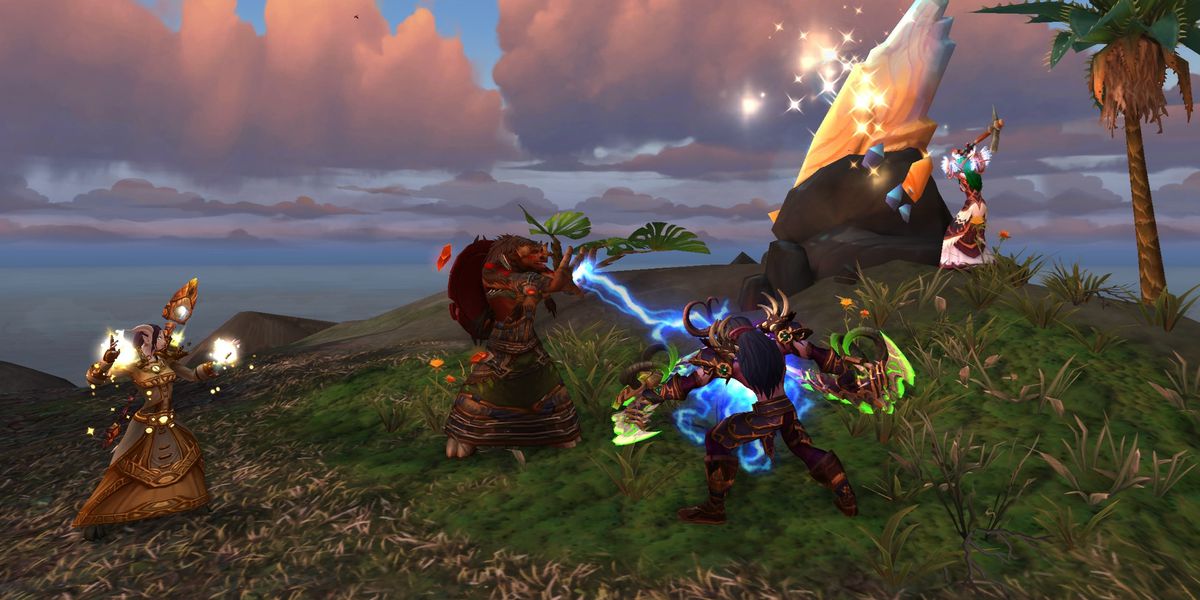 World of Warcraft is the most iconic MMORPG in existence, and it’s doubtful that anything else in the genre will have the same kind of impact that Blizzard’s game did. It brought together 12 million concurrent players in its peak, and it is still one of the most played games in the world. The game has been around for well over a decade, and it continues to bring players together with constant updates, expansions, and events to keep everyone engaged.

Are you looking for a different kind of “MMO,” that does not involve magic and mythical creatures? Warframe is an anomaly in the world of gaming. The title was almost abandoned and developers Digital Extremes put everything on the line to put the title out back in 2013. Many players who downloaded it on the PS4 at launch as it was one of the few F2P games out there. However, the game was a far cry from what it is today. You have access to a multitude of characters, and unlike other looter games, you can have MMO-style builds for your frames. There are ‘augment’ mods available as well that can change the playstyle of your characters drastically.

Unlike a number of other looters / ARPGs, you do not have to switch your weapons for better ones constantly, you have a modding system in place that you can take advantage of to get the job done. There are a number of story-heavy quests that have been crafted to perfection including The Second Dream and The War Within. Later this year, we will be receiving The New War and a new game mode called Railjack, which is similar to Sea of Thieves from the looks of it. The best part about it is that the content is absolutely free, and it has one of the most fair free-to-play models in gaming. 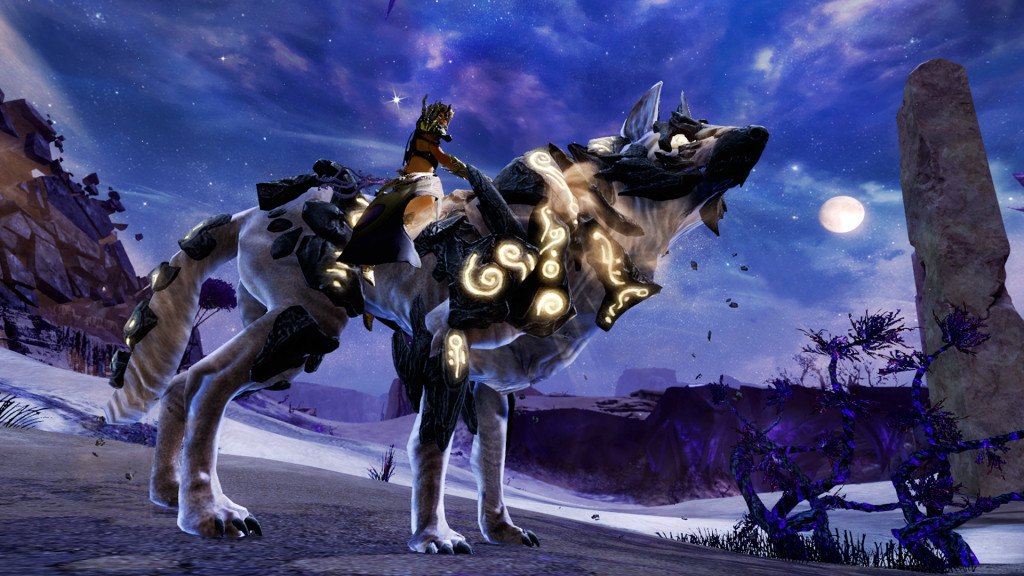 The persistent world design is what got me into Guild Wars 2. The game world is constantly growing, and you get a real-time experience when you hop on. The high fantasy MMO theme seen in games like Elder Scrolls Online is found in Guild Wars 2 as well, and the story is set 250 years after the events of the first Guild Wars game. Destiny’s Edge has been disbanded, and the great dragons that slept beneath the Earth are now wreaking havoc on everyone. The players need to find all the old members of Destiny’s Edge to reunite them and put down the dragons.

Character customization is on point in-game, but you do not have too many classes to choose from, unlike most other MMOs. While the PvE content is really good and players get to progress through unique stories based on their race, the PVP is where the real fun lies with intense battles in World v World battles that is essentially a combination of PvP and PvE. 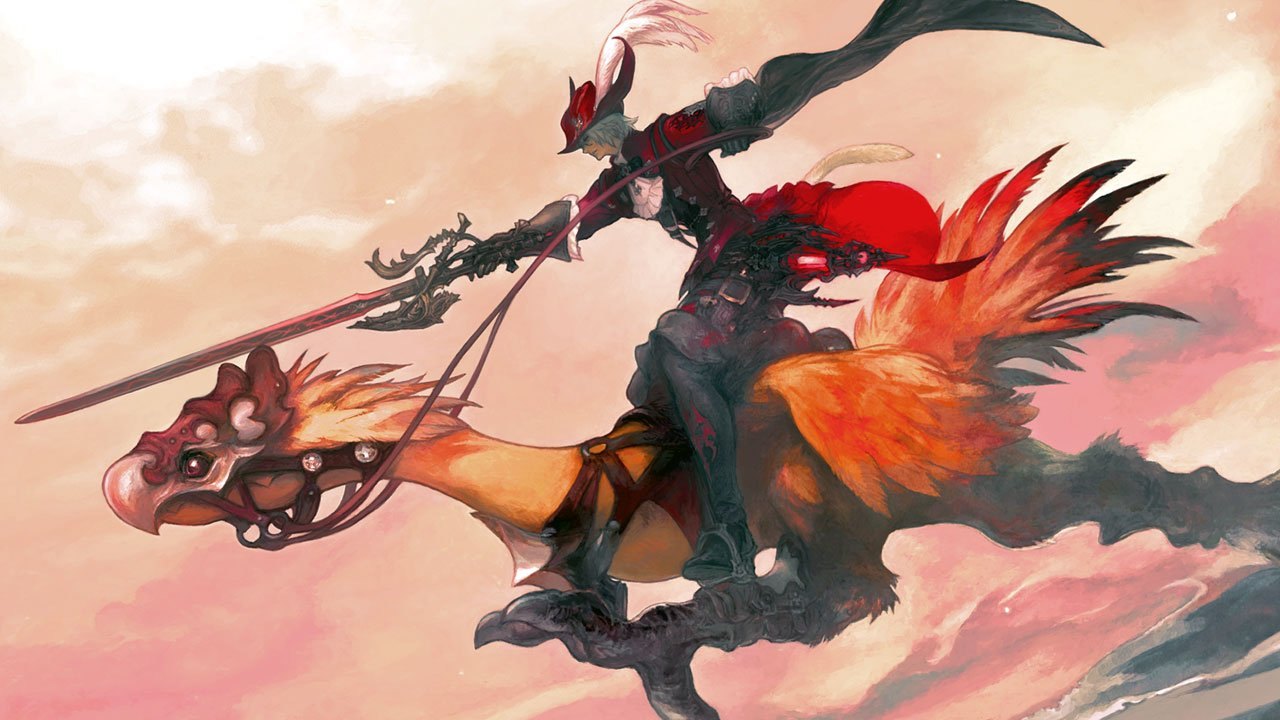 Final Fantasy XIV is one of the best mutli-platform MMOs available right now, and you can pick it up for your PS4, PS3 or PC. The game was originally released in 2010, but it did not receive particularly good reviews. However, with the release of A Realm Reborn in 2014, everything changed with a ton of content to play through. If you picked the game up before the release of A Realm Reborn and did not like it, we strongly recommend trying it out. Stormblood, which released in 2017 was also an incredible expansion with multiple contents, and the weather/climate system breathes life into it all with lifelike graphics.

Set in the world of Hydaelyn, it is one of the biggest competitors to World of Warcraft. You have access to only two classes at the start, and as you keep leveling up, you will get access to more classes. There are hundreds of quests, dungeons to explore and the PvP content is top notch as well. The game is nothing like any other Final Fantasy game out there, and it’s a true blue MMO game that any fan of the genre will love. 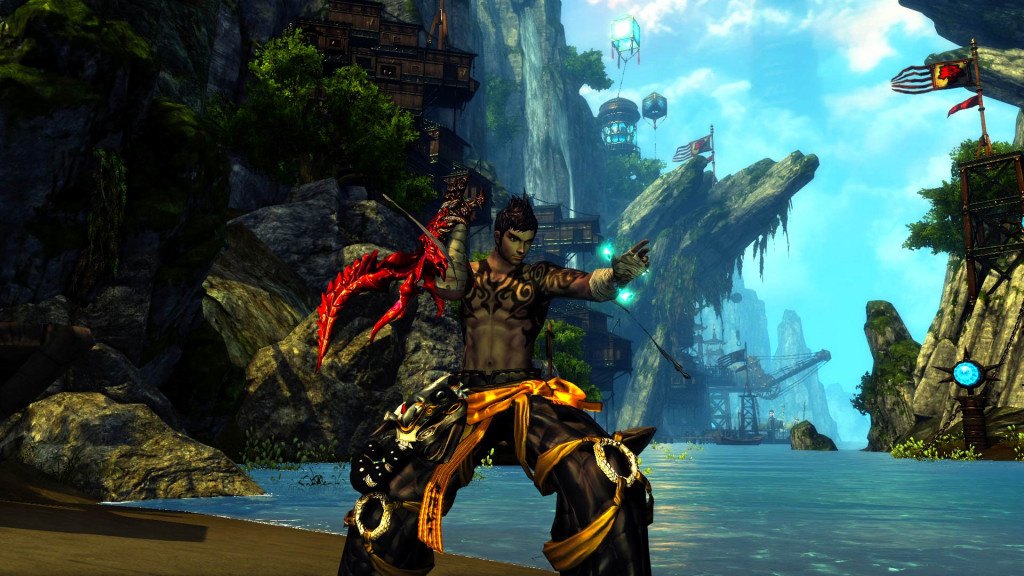 The Korean entertainment business is known for its drama TV shows, KPOP, and its high-quality MMOs. If you are a fan of World of Warcraft and want to get into something different, Blade and Soul is a great pick. The game has been around for nearly 7 years now, and it has grown a lot since its release. Similar to how you can choose between the Horde and Alliance in World of Warcraft, you can be either on the Crimson Legion’s side or with the Cerulean Order. Unlike World of Warcraft, both factions are not exactly at war. Instead, both of them are trying to take down evil forces that threaten the land’s existence.

There are multiple races to choose from, and there are sub-classes as well that affect gameplay mechanics and playstyle. The open world map is just top notch, and you will find yourself exploring the map for hours as you move on from one quest to another. Unlike the high fantasy setting you will find in most MMOs these days, Blade and Soul focuses heavily on the martial arts culture. If you love fighting games and MMOs, this is the perfect hybrid that brings together both genres perfectly. 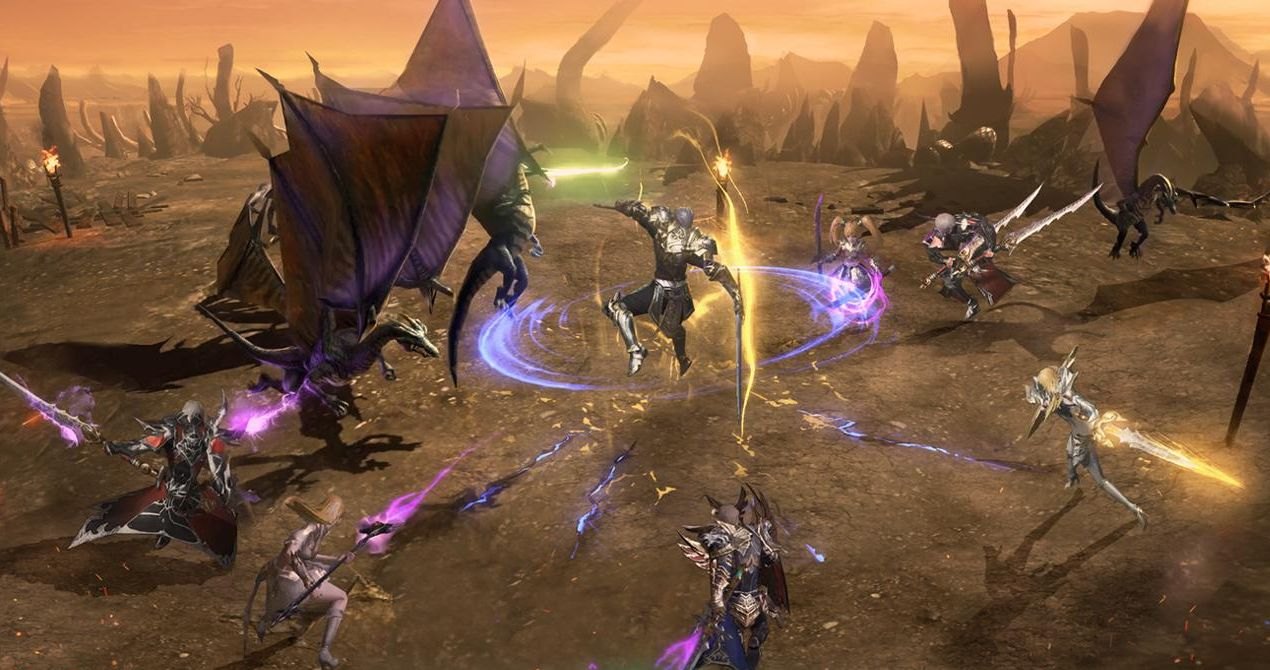 Lineage II serves as a prequel to the original Lineage, and it is just as good as the original title with a number of new improvements. The Korea-based MMORPG takes you into a world that sees three kingdoms in eternal struggle. The free-to-play model was implemented in 2011, which brought a number of changes to the title. While the graphics might not be on par with the latest MMOs in the world, it still holds up quite well. The vast number of classes with expansive class trees making the game quite engaging as you can spend hours optimizing builds and playtesting stuff.

Raid bosses and sieges are very fun to play, and if you are a fan of World of Warcraft, you definitely do not want to miss this one out. Content for both PvP and PvE is fleshed out, and you will have no trouble finding things to do whenever you login to the game. With over 15 years of support, Lineage II is one of the longest surviving games in history. 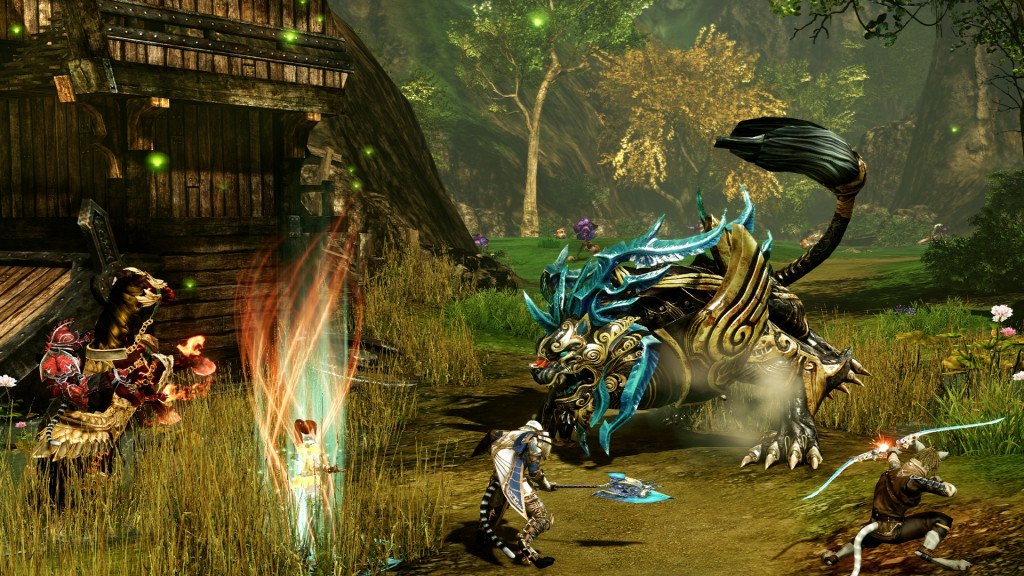 While World of Warcraft is a great game, keeping up with all of the content can be quite expensive. ArcheAge is a free-to-play title that ticks all the right boxes and offers a true F2P experience to players with no compromises when it comes to offering content. The game offers a ton of customization, and you can have over a hundred custom class combinations, making it one of the most diverse MMOs out there when it comes to builds. Most of the focus is on PvP with large scale battles between both factions. There are multiple skills to master, and unlike other standard MMOs, you do not have to be forced into sticking with your faction. You can fight your own kind by marking yourself as a “Bloodlust” player. It is up to you to forge alliances with other players in a quest for dominance. Just like WoW’s subscription-based plans, you can upgrade your membership for a monthly fee, which allows you to buy land trade in the auction house. There is a lot of building involved, similar to Age of Empires and it blends in perfectly with the MMO atmosphere that ArcheAge offers to players.