11 Games You Must Play if You Love Spore 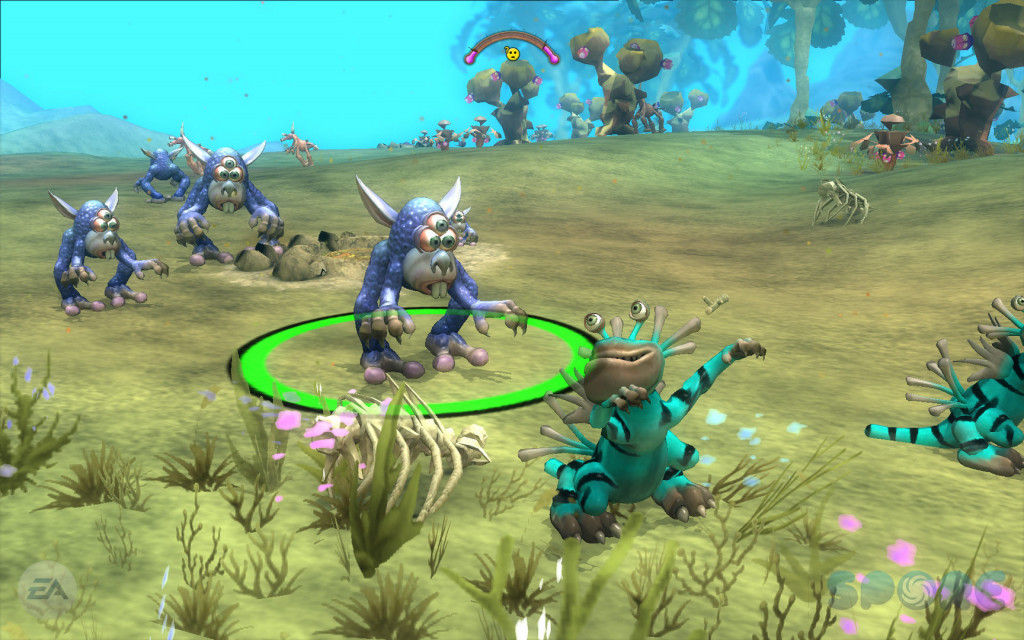 Spore is one of those games that came and inspired a whole bunch of games, cementing its position in gaming history. However, it also happens to be one of the most saddening games of all time. It really does deserve a whole lot more love from the developers and community alike, especially because of its potential. Today, we are looking at some of the games that are similar to the title because we all know it did not live up to its expectation. Here is the list of video games similar to Spore that are our recommendations. You can play these games like Spore on PS4, Xbox One, Xbox 360, PC, iPhone, Android, mac or even online. 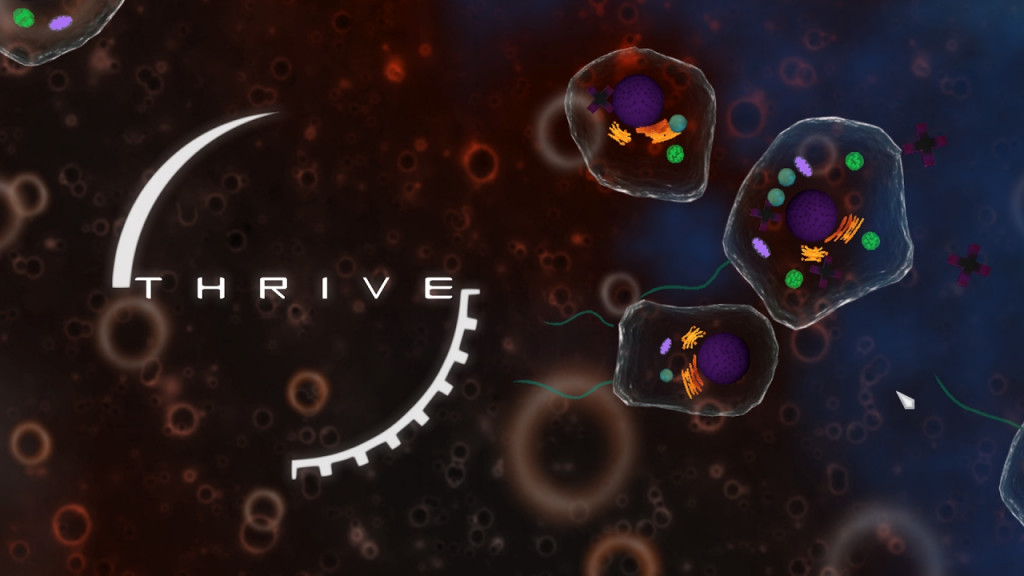 ‘Thrive’ is an open source video game that plays very similar to that of ‘Spore’. The development team of the game, Revolutionary Game Studios, is very dedicated towards supporting it and making it available to all players worldwide. It is entirely free to play and you can also download the code for the game from the official website and work on developing it or tweaking it to your desire. The motive of the game is also very similar to ‘Spore’. You start of as a single celled organism and need to work on the various resources and elements available to you in the environment in order to progress through the evolutionary stages and emerge as the dominant species of the universe. There are six stages in total in the game, ranging from a single celled organism to a space species where you are able to access futuristic technology or evolve to traverse across space. The choices open to you are endless in ‘Spore’, making it one of the most diverse games of its type available to gamers on modern devices. 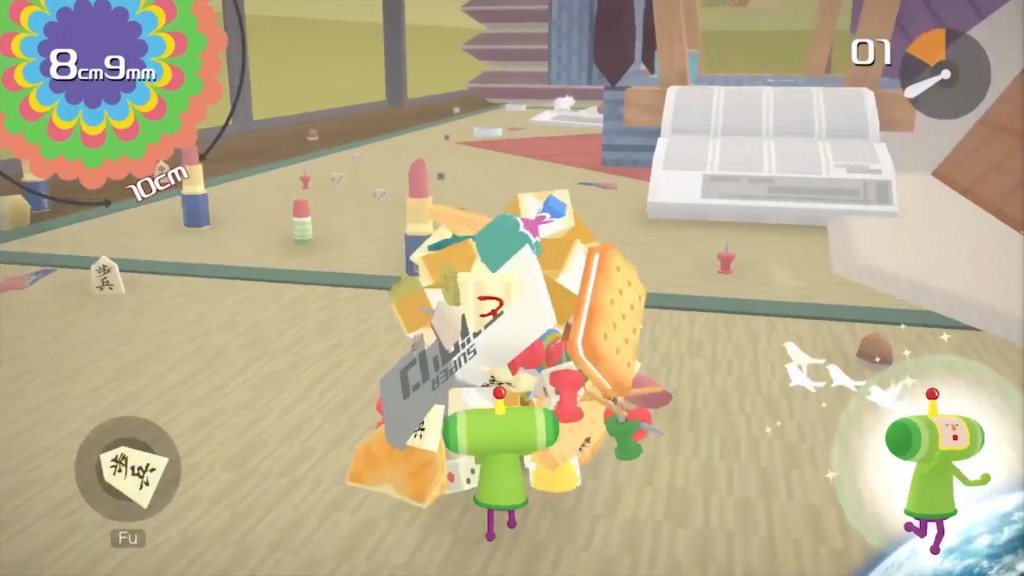 ‘Katamari Damacy’ was conceived as a result of a game development competition held by Namco. This was one of the entries in to the competition and was actually a school project that took less than $1 million to develop but immediately caught the attention of judges. It was later properly rendered by Namco and released in the year 2004 for PlayStation 2 devices. The development team later remastered the game for Nintendo Switch and Microsoft Windows platforms in the year 2018 due to popular demand.

In the game, players control a princely character as he rolls all around the town in order to complete certain tasks assigned by ‘The King of All Cosmos’. There are several objects that come in the path of the character as he rolls around and if they happen to be smaller than the character, then the object will stick to it making the character bulkier. However, if the objects happen to be larger than the katamari prince, then they pose as obstacles and hurt the character if they come in contact with it. This is a neat little mechanic introduced into puzzle platformers and we had a blast playing through the entire campaign of the game. The ‘evolve’ mechanics of the game where the character grows in size is pretty unique and thus attracts a lot of audiences that are fans of games like ‘Spore’. 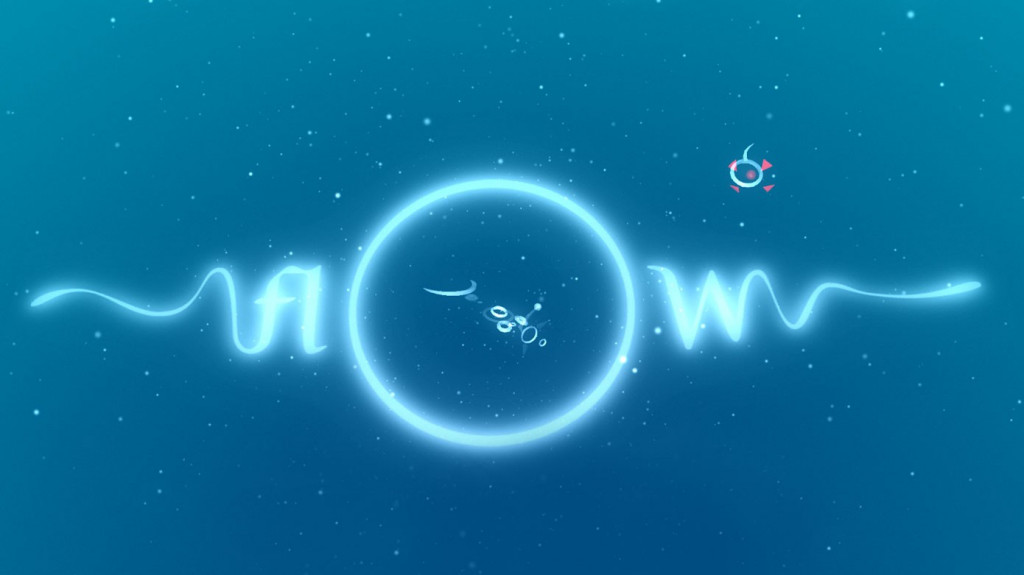 In ‘Flow’, you are required to control an aquatic based life-form in a 2D plane viewed from up top. This makes the gameplay extremely one directional but allows you to completely focus on your objective, i.e. to make the organism grow. These 2D layers are stacked on top of each other and as you approach other organisms, your creature attempts to gobble them up automatically. If you are able to consume the organism successfully, it will add to the size of your creature enabling you to survive for longer. ‘Flow’ was extremely well received by fans and the flash version of the game exceeded 100,000 downloads in the first two weeks of its release alone. 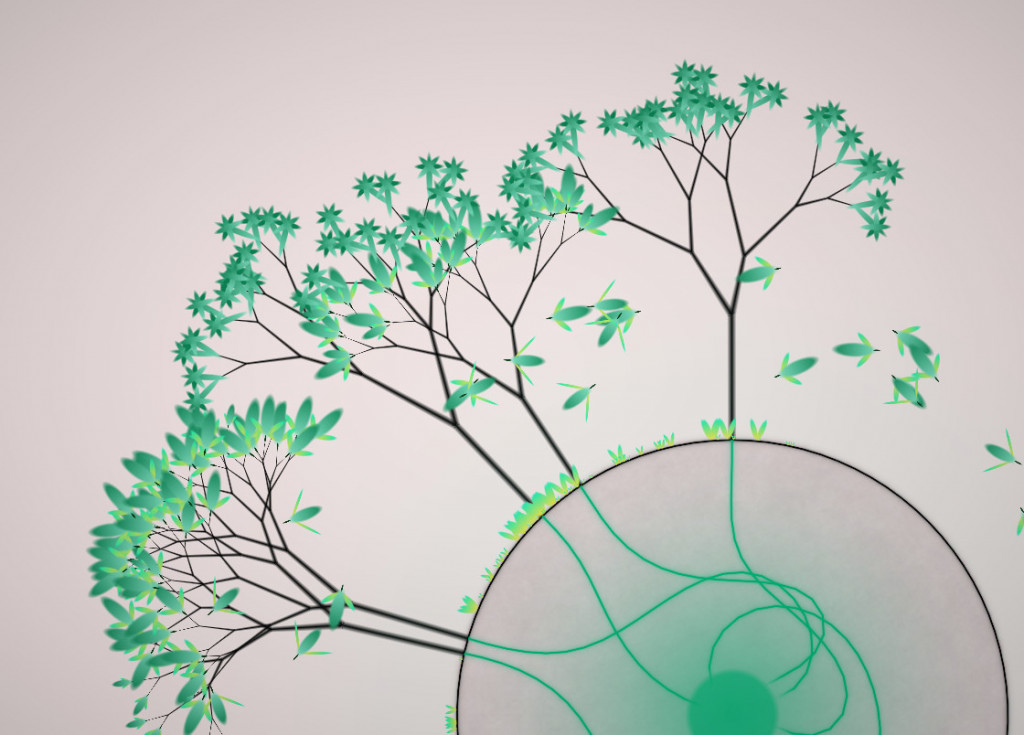 ‘Eufloria’ is a real time strategy video game developed by Omni Systems Limited and published by the German publishing company, Headup Games. The game revolves around the concept called the ‘Dyson Tree Hypothesis’ that speculates that tree like formations can grow on comets if favorable conditions are met. You start off with a single tree on an asteroid which has the ability to give birth to other trees. The leaves and the branches of your main tree fall off to give rise to seedlings that start orbiting the planet. You can then use these seedlings to grow more trees and starts populating the asteroid belt.

There are trees that are specialized for combat as well and these help you in your defenses as well as offenses. You are able to take over enemy asteroids by attacking them, subduing their defences and then burrowing your roots to the core of the asteroid.  The only thing we think the game lacks is a multiplayer mode that will enable us to join matches over the internet against other players online in team based or solo formats. 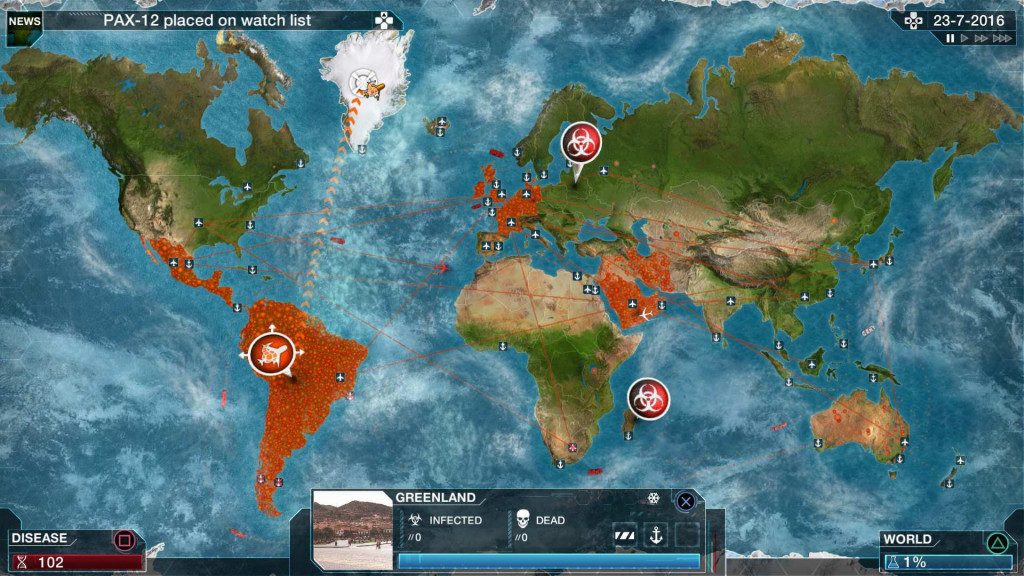 Okay, so the gameplay style and format of the game may not be exactly similar to ‘Spore’, but the basic game mechanics and the objectives are pretty similar. The main objective of the game is to start out as a harmless pathogen and then evolve into a deadly killer at the later stages of the game with the ability to take out the entire human population. At the start of the game, you are given a choice of pathogens, each having its own attributes and spread mechanics. The game then infects a person in a location of your choice with the overall aim of spreading to nearby countries without being detected. There is a timer of sorts in the game where you are required to kill or subdue the entire population of Earth before a cure has been researched; so the longer you stay undetected, the better chances you have of meeting your objectives.

There are various evolutionary mechanics in the game and traits that you can add to your strain so that it becomes more effective in killing off the last efforts of the human race and ending it once and for all. And if a dead empty planet is not what you plan, then you can enslave the entire population through the ‘neurax worm’ or turn them into zombies through the ‘necro virus’. ‘Spore’ fans will like the various mechanics in the game, especially the evolutionary model and its impact on the overall strategy, and hence we highly recommend it to them. 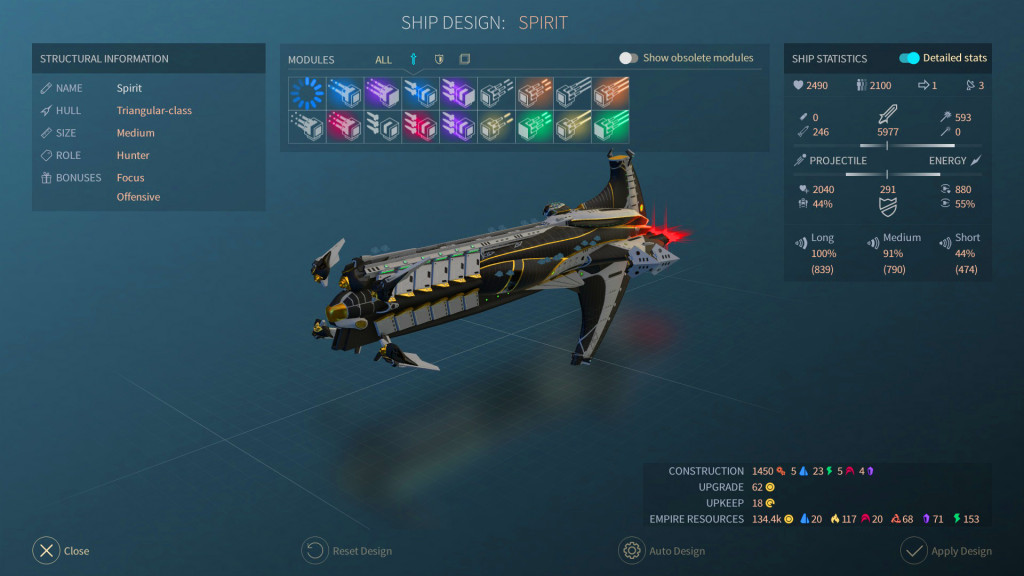 ‘Endless Space 2’ is the sequel to the original ‘Endless Space’ and improves on the various gameplay mechanics of the former while staying true to its spirit. Developed by Amplitude Studios and published by Sega in the year 2017, the game was mostly well received by fans and was also nominated for various end-of-the-year awards. Critics pointed out many gameplay similarities with ‘Spore’, with many claiming the game to be somewhat of a spiritual successor. However, it manages to distinguish itself quite well and this will become increasingly apparent as you play through the campaign.

The game starts you off with 5 planets, each having its own habitat and weather and a race of your choice. You are then required to research various technologies for your race, advance through the stages and conquer other planets. These researches are extremely important to the overall success of the game as they allow you to reach out to neighbouring planet systems and interact with other factions. It has both single player and multiplayer modes, so if you are looking for a game like ‘Spore’ to play with a friend online, then this is your best choice. 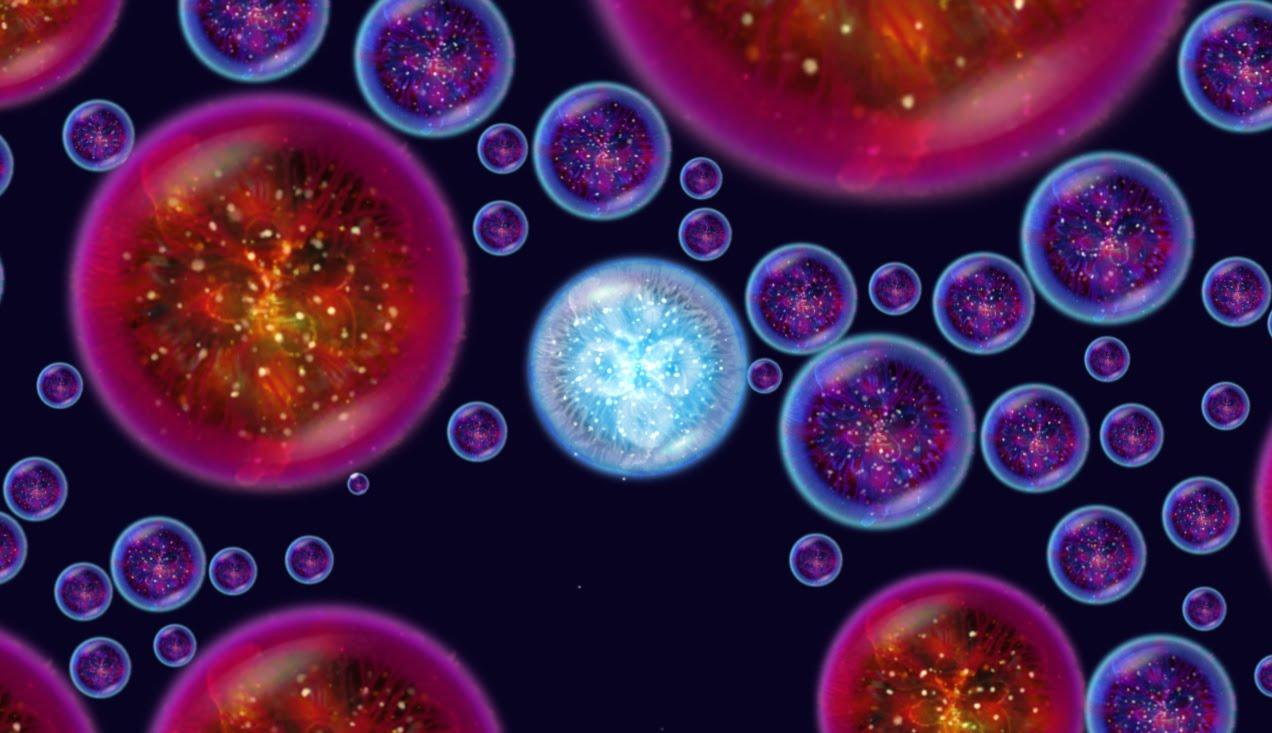 ‘Osmos’ is a 2D artistic endless puzzle video game developed and published by Hemisphere Games in the year 2009 for Windows PC, macOS, Linux, android, iOS and the OnLive platforms. The gameplay and the objectives of the game are extremely simplistic and require players to control a bubble through an endless space while collecting other bubbles in order to grow in size. The bubble that you control absorbs other bubbles if they happen to be smaller than the one you control but end up getting absorbed if you happen to collide with the bigger ones. To make this task easier, bubbles that are bigger than yours are marked in red while the ones you can gobble up are green. The music and the atmospheric setting is perfect for the game, so be prepared to put in long hours when you start playing through this one. 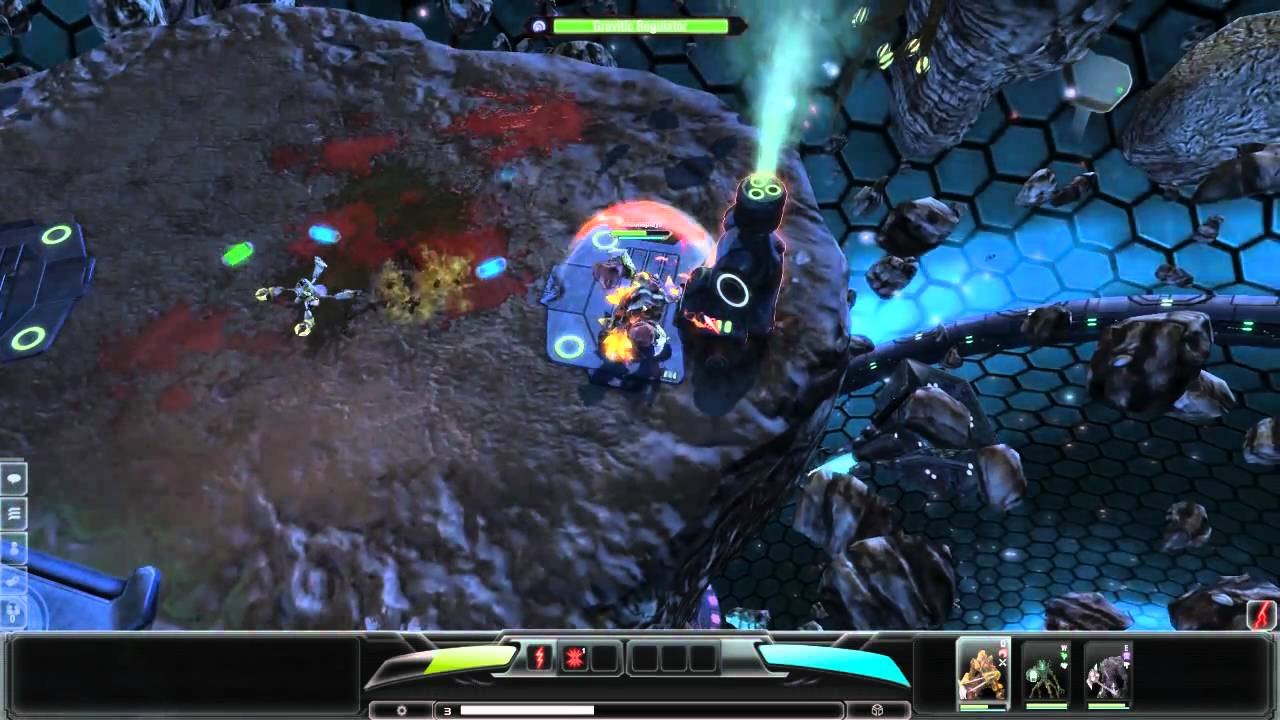 ‘Darkspore’ is a game that borrows various character designs and mechanics from ‘Spore’. The game is also developed by Maxis, the same company who developed ‘Spore’; so expect heavy influences. It is a fast paced action role playing game where you need to join a squad of players and then act in a cooperative environment in order to complete objectives. There are various PvP modes as well in the game, so if you want to fight in a battle arena, that’s also possible. Though the game is no longer playable due to a controversial move from EA, we still wanted to bring the game to your notice if there’s ever a chance of EA opening up its servers again. 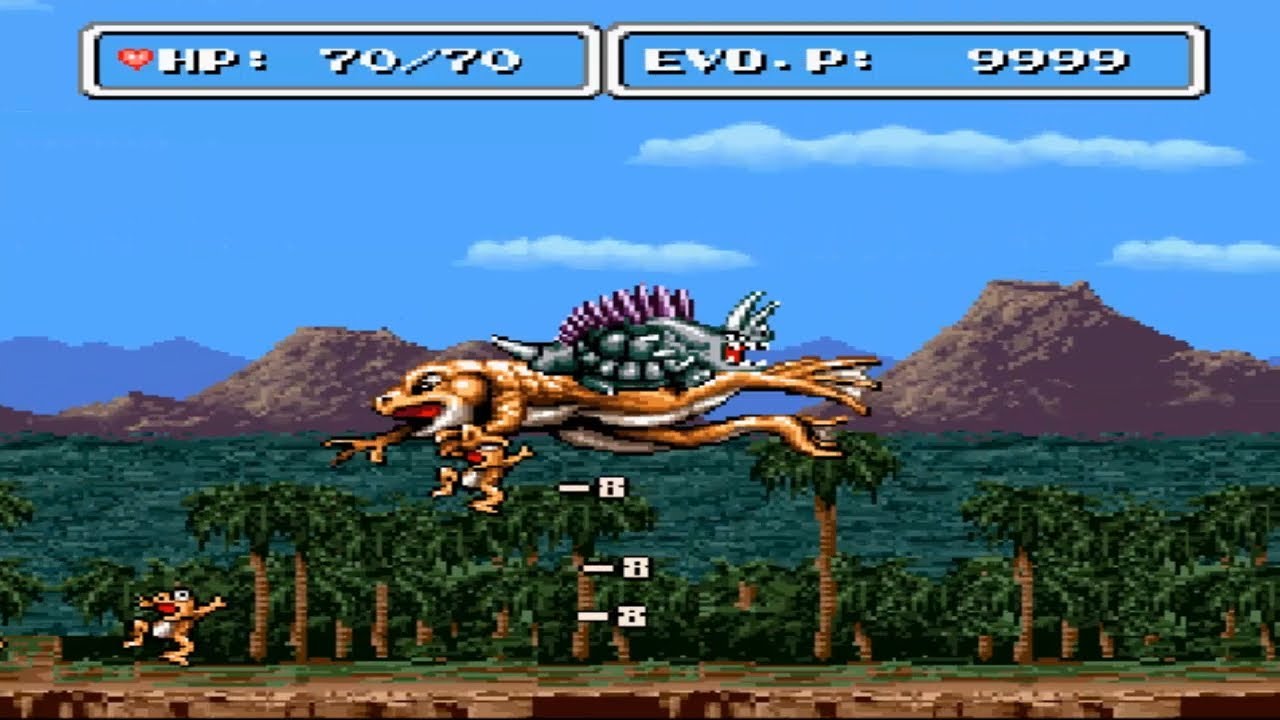 ‘E.V.O.: Search for Eden’ is a side scrolling action video game developed by Almanic and published by Enix in the year 1993 for the SNES systems. You need to create a character of your choice by customizing its various attributes and then control the creature through the levels of the game. Your creature grows in power through various evolutionary mechanics that it earns through the form of evolutionary points. You can spend these points to mutate additional abilities for your creature so that it is able to survive with the ever changing environment of the game. If you happen to own a Super Nintendo Entertainment System and like playing games similar to ‘Spore’, then you must play through this classic. 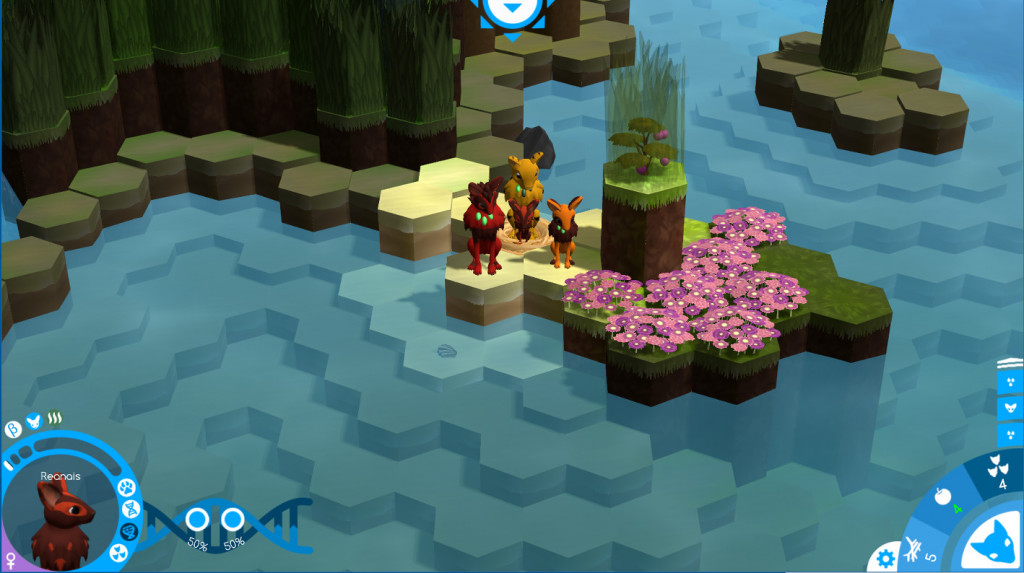 ‘Niche’ is a genetic and trait simulation game developed and published by indie company Stray Fawn Studio in the year 2017 for Microsoft Windows PC, Linux and mac OS X devices. The main aim of the game is to maintain and breed certain traits and characters so that the genes are able to survive through the generations. If you happen to come across a healthy set of genes, natural selection will do the rest for you by weeding out the bad ones from the mix. You start off with a main creature that is a combination of several other creatures like goats, cats, dogs and deer and shares many traits with them. Over the course of the game, you come across other creatures that you can befriend and breed in order to perfect your set of genes. The gameplay is extremely addictive and if you like games like ‘Spore’, then you will definitely like playing this one. 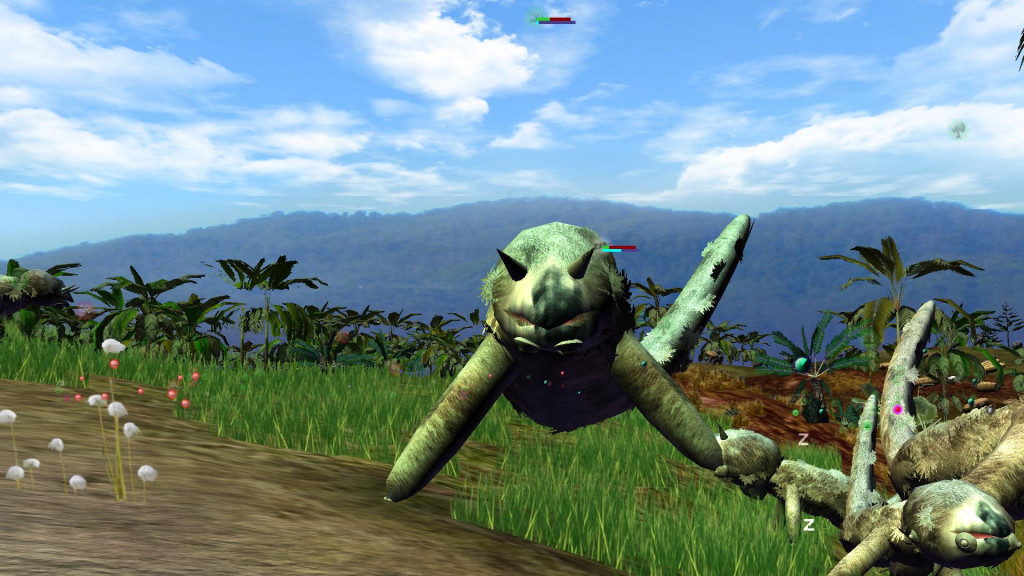 ‘Species’ is an evolution simulator where you are able to create, observe and destroy the various life forms around you in a procedurally generated environment. The gameplay is extremely open-ended in the sense that it allows players to witness the evolutionary stages and mechanics without interfering with the process. However, if you choose to, you may interfere extensively with the various evolutionary traits in order to satiate your inner desires. There’s a nursery in game where you are able to mix and match the various genes and strains available to you in order to create new monstrosities and let them loose in the wild. ‘Species’ is a love child of ‘Spore’ and Darwin’s Theory of Evolution and hence finds the top spot on our list.