Guraish Aldjufrie: Who is Farrah’s Dad and Kyle Richards’ Ex-Husband? 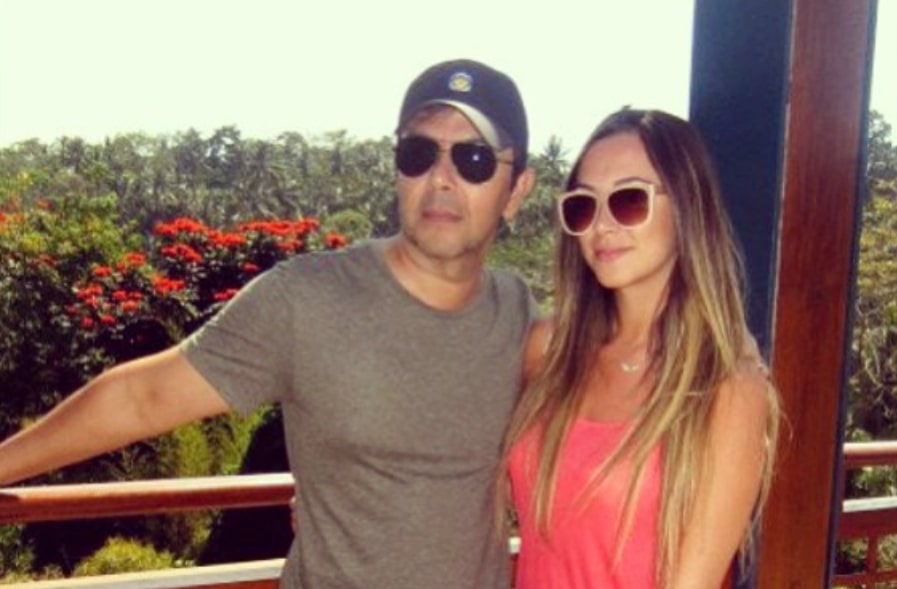 Netflix’s ‘Buying Beverly Hills’ revolves around the employees of The Agency, a real estate firm based in Beverly Hills, California. A major part of this reality show thus focuses on the brokerage’s CEO Mauricio Umansky as well as his family. This includes two of his four daughters, Farrah Brittany and Alexia Umansky, who are also realtors at the firm. However, since it’s no secret the former is Mauricio’s stepdaughter, we cannot help but wonder more about her biological father, Guraish Aldjufrie. So while the series does not delve much into Farrah’s relationship with him, we have managed to garner details on nearly every aspect of his life. Here’s the same.

Born on September 21, 1964, Guraish Aldjufrie hails from a family of realtors that have a well-established business in the country of Indonesia. Thanks to the diversity within his family, Guraish has quite a mixed ancestry — Arabic, Dutch, and Indonesian. As for his personality, he has often been described as a shy and calm person by those closest to him. Though his passion and determination when it comes to his work or his family are unwavering, which are also some more traits those close to him cherish from the bottom of their hearts.

Following in the footsteps of his family members, Guraish actually started working in the world of real estate from an early age. The same has hence allowed him to work in different countries over the years, including not only his native Indonesia but also the United States of America. In fact, ever since he began working as a realtor, Guraish has fostered many connections across the world. This includes his bond with Mauricio Umansky, whom he genuinely considers a close friend and, so often, directly refers prospective clients to him.

Guraish Aldjufrie met Kyle Richards at a Tina Turner concert when the two were quite young. Though the former did not speak English at the time, he and Kyle managed to hold a conversation with the help of a friend who translated every step of the way. Soon afterward, he asked the latter out on a date, which she gladly accepted. Their romance then continued until the two decided to tie the knot in 1988. Apparently, the couple was already pregnant, expecting their first child, when they promised one another forever during a lavish ceremony.

On October 31, 1988, Guraish and Kyle welcomed Farrah Brittany Aldjufrie into the world with open arms. However, the union between the two soon fizzled out, and they separated sometime in 1990, just about two years after their wedding. Their divorce was finalized in the year 1992. When asked about the reasons behind the split, Kyle Richards confessed in an episode of ‘The Real Housewives of Beverly Hills’ that she was simply not ready to be married at that age, which resulted in the separation. “He [Guraish] loved me. We have a beautiful daughter together. I loved him. And, um, I was just too young to be married,” the reality star explained.

Nevertheless, the bond between Guraish and Kyle continues to be quite friendly, and they even genuinely did their best to raise their daughter together. Guraish would often travel to the USA in order to be there for Farrah. Then, on January 20, 1996, Kyle married her second husband, Mauricio Umansky, with whom she had three more daughters. Thankfully, though, Mauricio also has good ties with Guraish, and the two men have happily shared the role of Farrah Brittany’s father since then, which she and her mother both appreciate.

“He’s very, very close with my mom and Mauricio, like they’re great, great, great friends. I always say I have two dads; they both raised me,” Farrah once candidly shared. “They both get along amazingly. They’ve done [real estate] deals together. My dad refers clients to Mauricio all the time.” We should mention that Guraish’s only daughter recently got engaged to Alex Manos, a fact that has delighted the entire clan, including reportedly him. Guraish does not seem to be a big fan of social media but is often featured in Farrah’s posts.

Since his divorce from Kyle, Guraish has not been married to anyone else. This is something that Kyle can’t help but lament. Even during her time on ‘The Real Housewives of Beverly Hills,’ she has expressed her sadness that a good man like him was not married. This particular series has also often propelled Guraish’s name into the limelight owing to his connection with the show’s star Kyle and daughter Farrah. Presently, from what we can tell, he is based in Bali, Indonesia, where he continues to make progress as a real estate mogul with each passing day.

Read More: Are Mauricio Umansky and Kyle Richards Still Together?