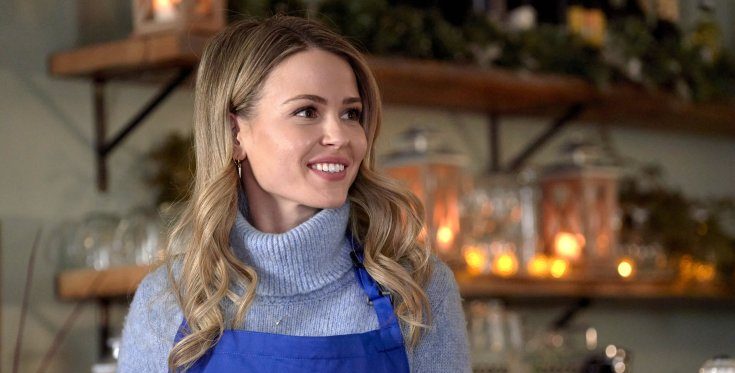 Hallmark’s ‘Baby, It’s Cold Inside’ is a winter love story that follows a travel professional, Hannah, who plans to take a tropical vacation but instead finds herself surrounded by snow. Hannah soon finds out that the cold does have its perks, and she is unexpectedly enchanted not just by a dashing man she meets but also by her surroundings. Directed by Marita Grabiak, ‘Baby, It’s Cold Inside’ takes place in an actual winter wonderland. Would you like to know the exact location of the spectacular ice hotel that features in the movie? Well, we’ve got your back.

‘Baby, It’s Cold Inside’ was filmed in January 2021 in Canada. The cast and crew braved the harsh Canadian winter during production while also following all the strict Covid-19 safety guidelines. Let’s take a closer look at the specific filming locations of the movie.

‘Baby, It’s Cold Inside’ was mostly filmed on location at Canada’s famous Ice Hotel. Known as the Hôtel de Glace, the dreamy winter destination is located in the outskirts of Québec City in the Saint-Gabriel-de-Valcartier municipality at 2280 Boulevard Valcartier in Québec province. Every year, the remarkable structure is built in December in time for a January opening and is then brought down in April. Over 30,000 tons of snow and about 500 tonnes of ice are used to build the magnificent hotel, which contains a chapel, a bar, a grand hall, as well as an ice slide. 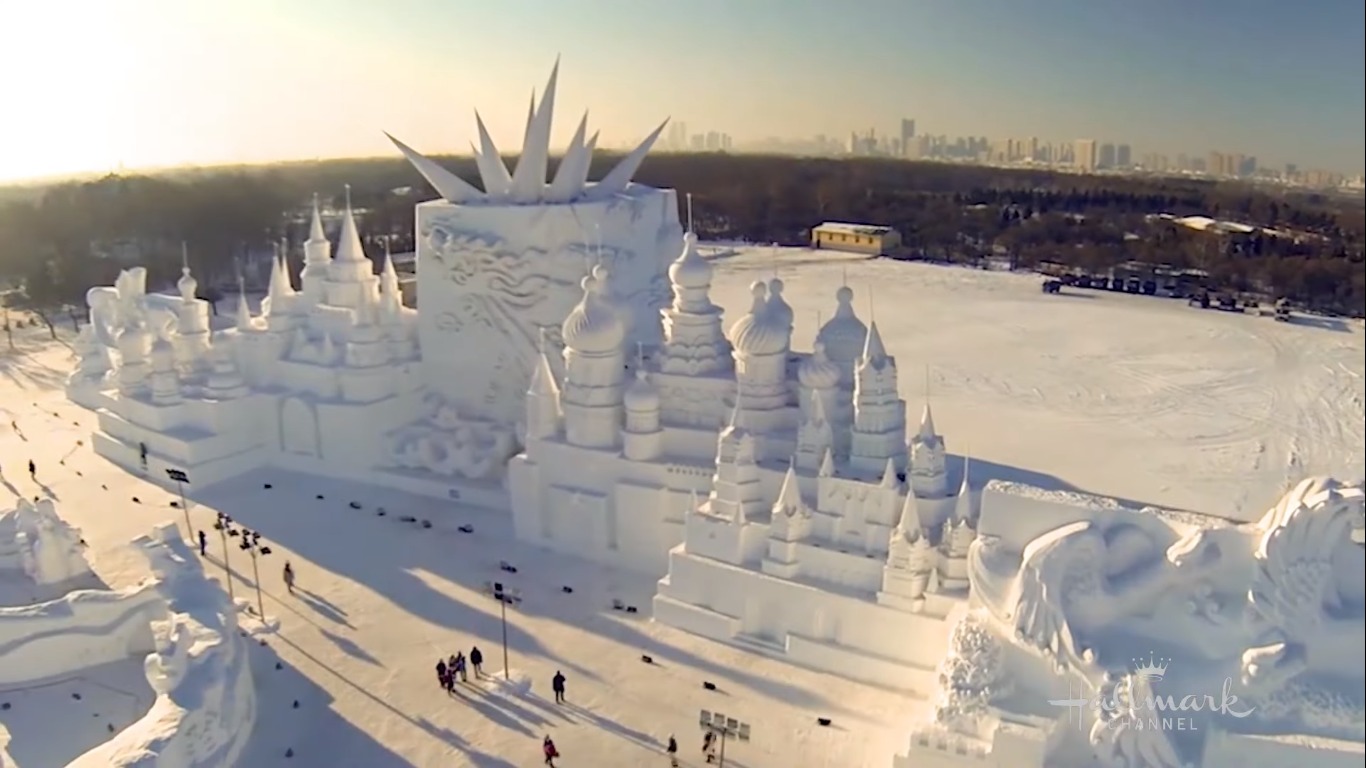 The hotel plays an important role in the story, as the film’s lead character Ben is the hotel’s charming designer. The ice hotel provides a spectacular backdrop to the budding love story and helps Ben enchant and woo his love interest, Hannah. So impressive is the structure that lead actor Steve Lund, who essays the character of Ben, was super nervous enacting someone who had designed something so majestic. The majority of the filming took place within the hotel as well as outside around the hotel grounds.

In an interview with Media Village, Lund described what it was like filming in the freezing negative 20 degrees Celsius temperatures— “It was the coldest I’ve ever been, like to my core. Like the kind of cold where you need to take a hot bath at the end of the day … no matter what time it was, just to regulate your temperature.” He added, “In-between takes we were running indoors to find warm refuge anywhere and thaw our lips before going out and trying to deliver an emotional line so that our faces wouldn’t freeze. It was a truly, truly, frigid time.”

Interestingly, this was the second Hallmark film shot in the famous ice hotel, with the first one being the romantic family drama ‘Winter Castle.’ Additional filming of scenes showing Hannah’s office, as well as scenes set in locations other than the ice hotel, were filmed in the city of Montreal in Québec province.

The movie features Hallmark veteran Steve Lund as Ben, the charming designer of the gorgeous ice hotel. Steve has appeared in many of Hallmark’s Christmas movies, including ‘Christmas Incorporated’ and ‘Unlocking Christmas.’ He is also known for playing the recurring character Jake in the popular comedy series ‘Schitt’s Creek.’ You may also recognize him as Nick Sorrentino from the fantasy horror series ‘Bitten.’

Across from Lund is Jocelyn Hudon, who essays Hannah. Originally expecting to take a tropical vacation, Hannah finds herself in the ice hotel on a work assignment. However, once she meets Ben and explores the incredible hotel, things don’t seem so bad. Hudon’s acting career also sports a long list of credits. Apart from her portrayal of Abby in ‘The Strain,’ she is well known for her role as Grace Bennett in the drama series ‘When Calls the Heart’ and its spinoff ‘When Hope Calls.’

‘Love at Look Lodge’ fame actress Kathryn Kohut essays the character of Hannah’s friend Phoebe, who comes along with her to the ice hotel. The supporting cast also includes Randy Thomas as Louis, Melinda Michael as Bridgette, Ish Morris as Shawn, Paul Constable as Philip, Susan Hamann as Alice, Kate Maclellan as Erin, Jennifer Austin as Nora, and Craig Lauzon as Joe.