Hallmark’s You Had Me at Aloha: Everything We Know 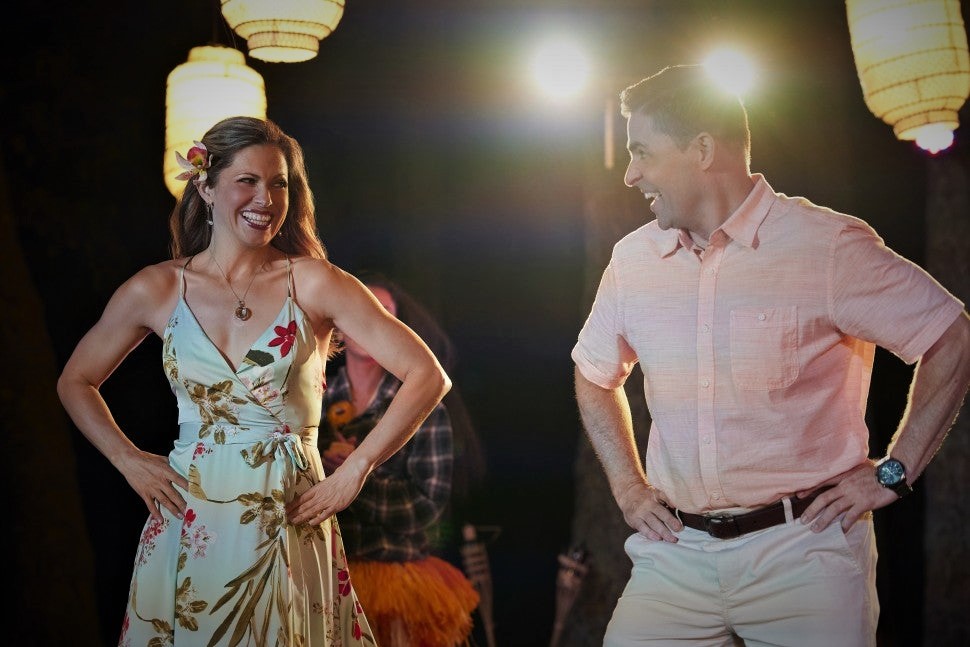 Directed by John Putch, Hallmark‘s ‘You Had Me at Aloha’ is a romantic comedy movie that follows Paige, an ambitious young woman who gets an opportunity of a lifetime to host a well-known travel show after its previous anchor quits abruptly. She immediately grabs the chance and prepares for the shoot in Hawaii. However, at that point, Paige is unaware that she will have to work with Ben, who has a contrasting worldview.

As they begin to co-host the travel show, conflicts emerge, but it doesn’t take them long to realize that their differences pale in comparison with the abundance of opportunities that their teamwork can offer. If you love Paige and Ben’s hilarious and romantic story and are curious about its filming locations and cast details, you’re at the right place. Here’s everything you need to know!

You Had Me at Aloha Filming Locations

The romantic comedy movie was filmed on location in Hawaii. It is situated over 2,000 miles from the American mainland, and the archipelago is known for its rich culture and history. The state hosts The Honolulu Rainbow Film Festival, which is an annual LGBTQIA+ film festival that has been around since the late 80s. The filming for the movie was done in several locations in Hawaii. Let’s jump right in and learn more about them!

‘You Had Me at Aloha’ was shot primarily on the third-largest Hawaiian Island, Oahu. Also referred to as “The Gathering Place,” the island is an attractive filming destination thanks to its beautiful natural locales and welcoming citizens. The production of the romantic comedy film wrapped up in the last week of March 2021, and the lead actress Pascale Hutton posted a photo on Instagram to thank the crew for making the project possible.

Several essential scenes in the movie were filmed on the shores of the world-famous Waikiki beach. Filming also took place in the Kualoa Ranch, which is situated at 49-560 Kamehameha Highway, Kaneohe. The private ranch is spread over 4,000 acres, and over the years, it has attracted many filmmakers and tourists alike.

Since the production took place during the coronavirus pandemic, the actors and crew used face shields and followed other COVID-19 rules to ensure that the filming was done without any hurdle. The shooting was also done in The Kahala Hotel & Resort, which is located at 5000 Kahala Avenue, Honolulu. Seemingly, some scenes were filmed around Waiahole Poi Factory (48-140 Kamehameha Highway) and the Halona Blow Hole.

You Had Me at Aloha Cast

Canadian actress Pascale Hutton essays the role of Paige. She is best known for the television series ‘When Calls the Heart,’ ‘The Perfect Bride,’ and ‘Arctic Air.’ Kavan Smith appears as Paige’s co-host Ben. You may recall watching him on ‘Supernatural‘ ‘Mistresses,’ and ‘Rogue.’ The movie also features Sebastian Siegel, who portrays Todd, a British travel host. The British-American screenwriter is famous for his roles in the show ‘The Haves and the Have Nots‘ and ‘Lost.’

Jennifer Aspen, whom you recall watching in the television movie ‘A Christmas Love Story,’ ‘The Wrong Woman,’ and ‘Girl Vs. Monster’ appears in the romantic-comedy film as Millie. ‘You Had Me at Aloha’ also features LeeAnn Ahlo, Valen Ahlo as Luis, Brad Kekūhaupi’o Kalilimoku as Kekoa, Nolan Hung as a Host, and Marysa Carr as Leimomi.