I Believe in Santa Ending, Explained: How Does Santa Bring Lisa and Tom Together? 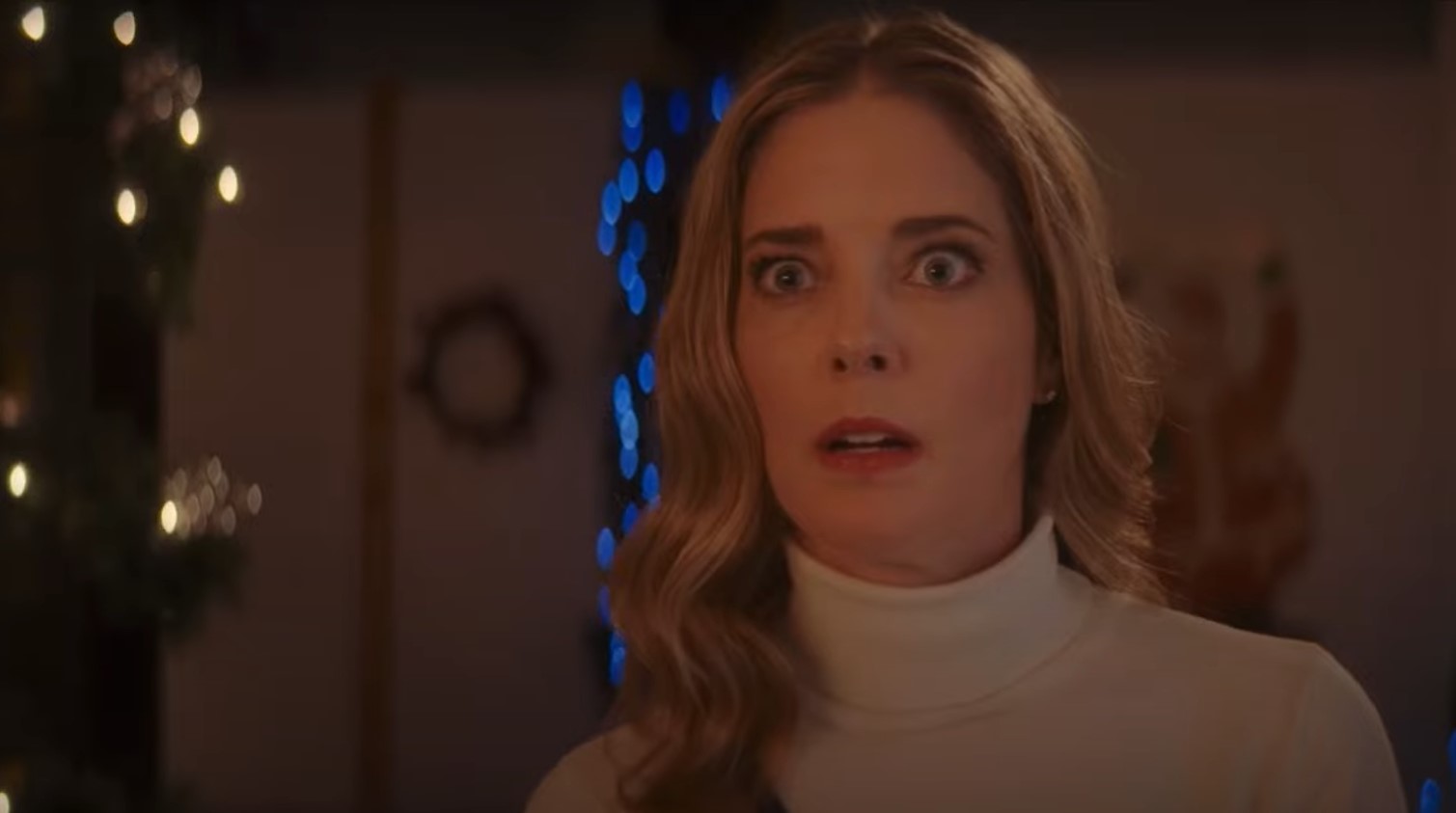 Alex Ranarivelo’s Christmas romantic comedy ‘I Believe In Santa‘ centers on the relationship between Lisa and Tom. Lisa is a writer and a single mother. Tom is a successful lawyer. They have a whirlwind romance, get along well, and seem to be living the dream, until Christmas approaches and changes everything. Starring Christina Moore, John Ducey, and Violet McGraw, the movie puts the big practical versus imaginative debate into focus. It makes you question the future of a relationship based on how your opinions and perspectives differ. Coupled with the holiday cheer, this makes for the perfect Christmas watch. We bet the ending of the heartwarming movie ‘I Believe In Santa’ left you smiling but pondering over some questions as well. So, let’s clear them out. SPOILERS AHEAD!

I Believe In Santa Plot Synopsis

Lisa and Tom meet at the 4th of July fair. Ella, Lisa’s daughter runs into him when she gets lost from her mother. Lisa finds them in Tom’s legal advice booth. Tom and Lisa hit it off well and go out on a date. In five months, they get to know each other and fall in love. Their relationship seems perfect as Ella gets along well with Tom too. Everything is rainbows and roses for the new couple in love.

However, with Christmas fast approaching, Lisa dreads writing an article about her most disliked holiday. She racks her brain but can’t find anything positive to write about. On the other hand, Tom is super excited to finally revel in the wonder of Christmas. He loves the festival and everything related to it. As the couple learns about this difference in opinion, things start to get tense.

Lisa takes a step forward and reluctantly agrees to explore Christmas fun with Tom. He makes a full schedule of activities to do in the days leading up to the festival. They decorate Lisa’s Christmas tree together and enjoy it immensely. Furthermore, Lisa loves seeing Ella so happy with all the jolly celebrations. Their relationship is put to the ultimate test when Lisa learns that Tom still believes in Santa. With all fervor and enthusiasm, Tom believes that Santa is a real person.

Pitting the logical versus the magical, the plot thickens as the couple talk and think their way through this conflict. Lisa tries to make Tom see the capitalism and business tricks behind keeping Christmas alive, whereas Tom ignites the childlike wonder of the festival to reel in his girlfriend. After a saturation point, the couple has an argument and decides to end things because of such a huge difference in opinion. The subsequent climax offers an insight into the outcome of their relationship.

I Believe In Santa Ending: How Does Santa Bring Lisa and Tom Together?

Lisa is not fond of Christmas because of her parents. When she was young, she found her Christmas gift in the closet and discovered that Santa is not real. Her parents stopped the tradition of getting presents and went as far as blaming her for ruining Christmas. The incident etched itself in her memory and ruined all her subsequent Christmases. Even though it happened when she was very young, Lisa still remembers the incident and proves how parents have the biggest role in shaping their kids’ minds. Her parents’ actions impacted Lisa’s life deeply. Parents should be understanding and encouraging, rather than blaming their kids for such things. 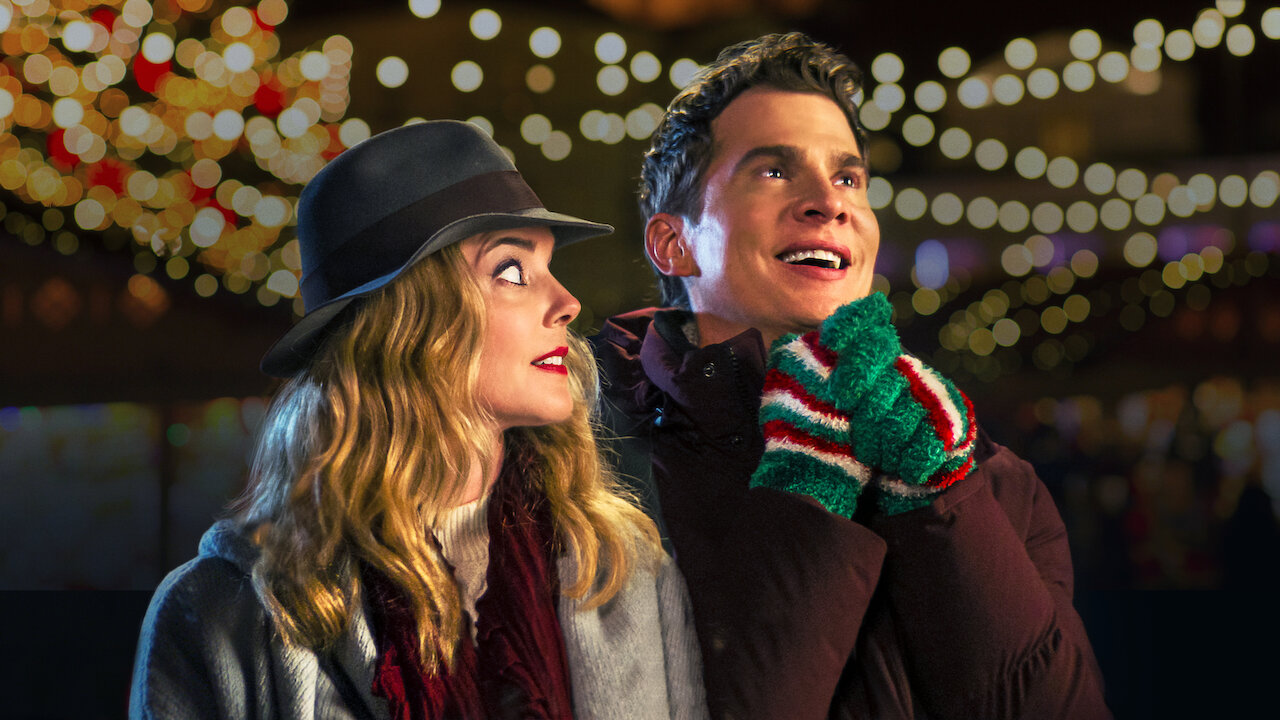 Since then, Lisa has not enjoyed any Christmas celebrations. Broken promises and empty plans replaced tinsel, gifts, and cheer in Lisa’s version of Christmas. Then comes along Tom, a person who loves Christmas with childlike innocence. He convinces Lisa to give Christmas a chance. The couple takes Ella to meet Santa in a mall. The three protagonists have three different views on the festival and the man responsible. Ella has not made up her mind and is still questioning her beliefs. However, after Tom talks to her, she resolves that it’s better to have faith than to believe nothing at all.

Even though she has been eyeing an iPhone all this while, Ella does not tell her mother and Tom about her wish for Christmas. In the meanwhile, Lisa and Tom’s relationship hits a rough patch when they can’t agree on their beliefs. The situation accentuates how important it is for people to respect their partner’s beliefs and opinions without abandoning their own. One doesn’t have to convince their partner or be on the same page to be together. Lisa and Tom eventually understand the value of each other in their lives.

In the end, Tom proposes to Lisa, and she says yes. The couple puts their differences aside and decides to focus on the positives. Out of them all, Ella is the happiest. She finally reveals her Christmas wish, which was for Tom and Lisa to get married. Ella asks Santa to keep them together forever. Hence, she puts forth proof that Santa is real because he made her wish come true.

Even non-believer Lisa seems to agree with this logic, and Tom is absolutely thrilled to see young Ella not give up on her faith. With Tom and Lisa together, Ella can be happier and see both sides of the coin. She will grow up with an insight into both practical and magical viewpoints. Lisa and Tom complete each other in many ways. They accentuate an undiscovered side in each other and encourage each other to do better. Tom encourages Lisa to dream bigger, whereas Lisa keeps Tom grounded in reality.

Does Lisa End Up Believing In Santa?

Since the beginning of the movie, both Tom and Lisa stick to their beliefs firmly. Lisa thinks of Christmas as more of an obsession than a celebration because of the capitalist agendas. On the other hand, Tom finds the biggest of joys in decorating his house and keeping the Christmas spirit alive. The couple finds it hard to adjust to this side of their relationship, but they do their best to make it in the end.

At the end of the day, it all boils down to people being more tolerant and respectful towards other people’s faith and standpoints. You are entitled to have your opinions and so are other people. Nobody has to convince other people to be on the same page. Every relationship, like Lisa and Tom’s, will have a set of disagreements. Getting out of them stronger should be the main focus, just as the lead couple in the movie does.

Eventually, Lisa comes around and starts enjoying the Christmas festival. She lets go of her past experiences to make way for new ones with her family. Lisa does not bask in the Christmas jolly quite as much as Tom, but she takes the first step towards believing. They put out cookies, milk, and carrots on Christmas Eve for Santa and his reindeer. Thus, it ensures the viewers that Lisa has decided to experience the magic of Christmas wholeheartedly. With Tom, she feels safe enough to let her inner dreamer emerge. They accept each other as they come, which is a sign of true love.

Even after Lisa and Tom decide to break up, Tom continues to be there for Ella. She wants to participate in the Family Sleigh Ride Race and win the trophy. After continuous attempts, Lisa and her friend, Sharon, are unable to get it right. Ella urges Lisa to take Tom’s help. 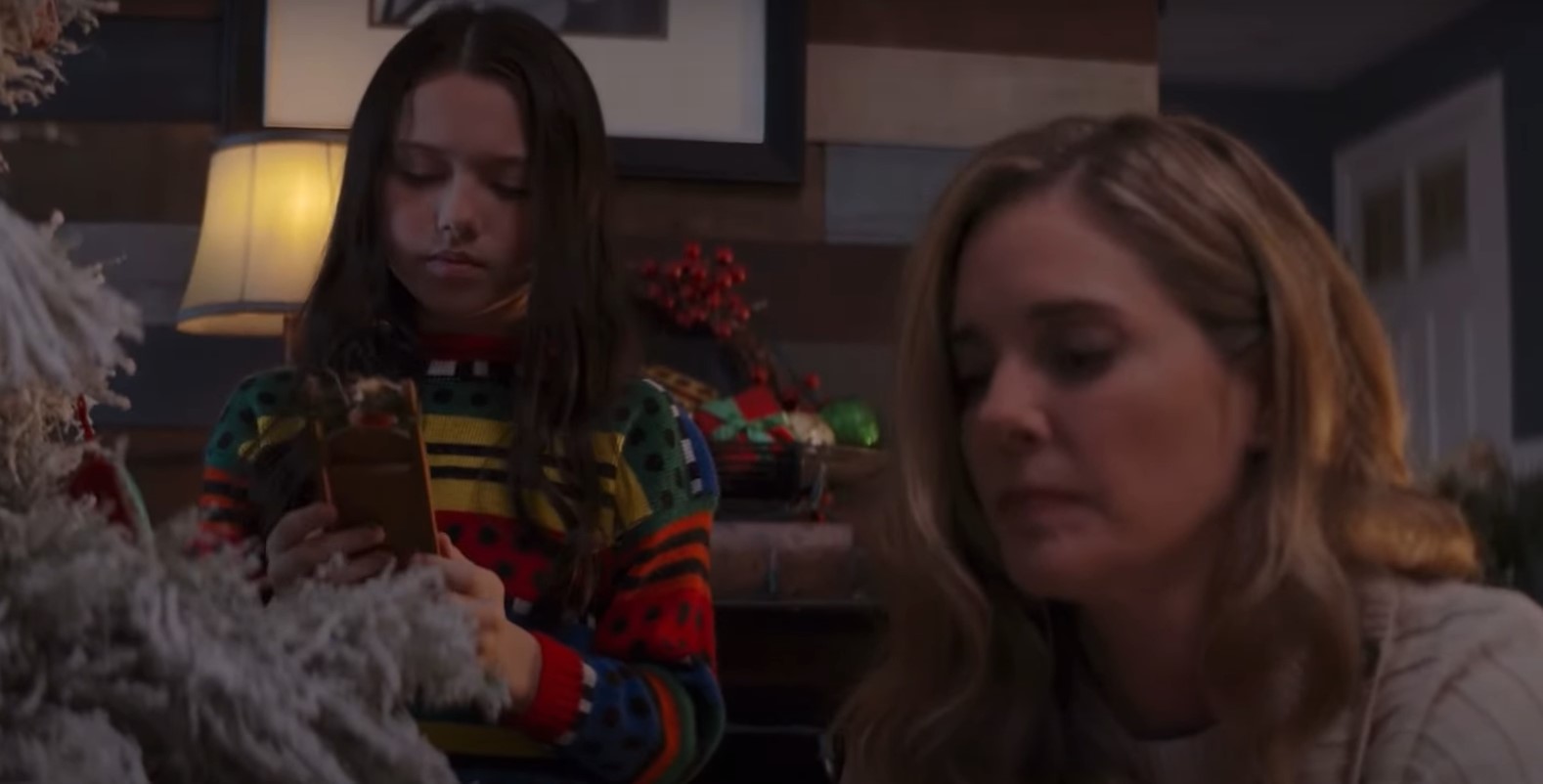 Tom cancels all his plans to stay at home and make the sleigh for Ella. Considering how planned and calculated Tom is, this is a big deal as he puts his priorities into perspective. He loves Lisa and Ella with all his heart and would do anything for them. On the day of the race, Lisa, Tom, and Ella win the trophy all because of Tom’s well-constructed sleigh. It is tough, sturdy, and makes it all the way to the end without a hitch. In fact, it flies to victory

Lisa appreciates Tom’s efforts, and this is how the couple comes back together. Lisa sees how devoted and caring Tom is after he goes through so much trouble for Ella. Furthermore, it highlights Tom is unlike the macho and stereotypical modern men. His character comes as a breath of fresh air. He is not afraid to have faith and do whatever he likes. Tom keeps his inner child alive, and this makes him connect well with Ella too.

Read More: Where Was I Believe in Santa Filmed?