Interview With the Vampire Episode 2 Recap and Ending, Explained 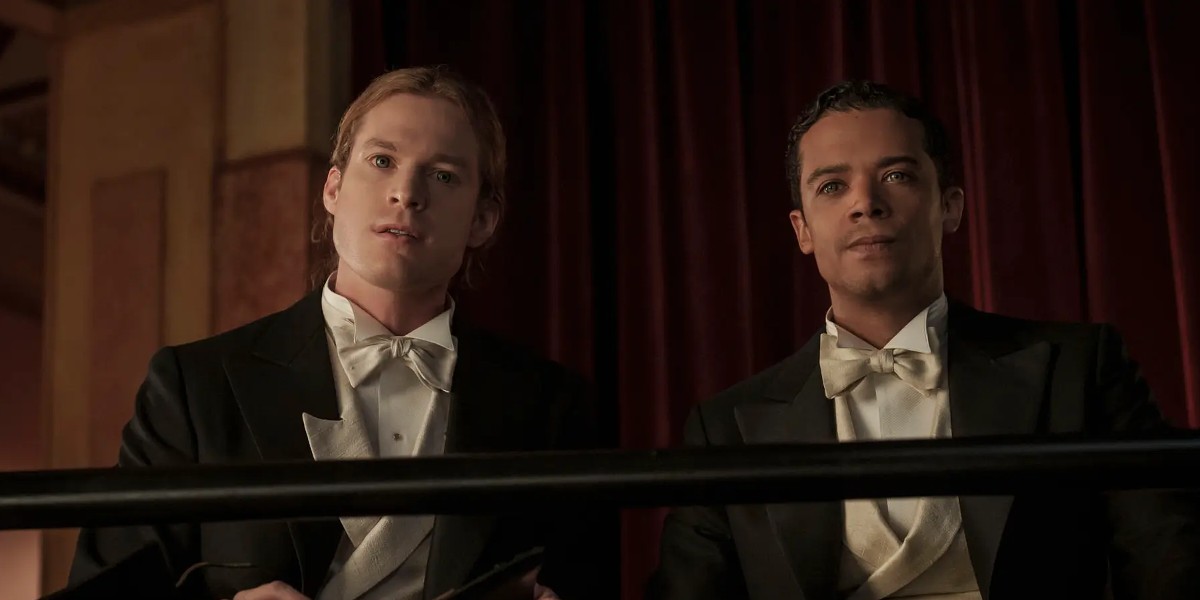 Interview With the Vampire Episode 2 Recap

The second episode, titled ‘…After the Phantoms of Your Former Self’ opens with Louis returning to continue his interview with Daniel Molloy after his outburst. Louis’ servants offer Molloy a grand meal while Louis apologizes for his behavior. As Molloy eats, he continues asking questions about Louis’ past, and the latter gladly answers. Louis tells Molloy about his early days after Lestat’s bite turned him into a vampire. The story moves to the 1910s, and we see Lestat and Louis preying on commoners in the dark alleys of New Orleans.

Lestat explains to Louis the changes his body will undergo after becoming a vampire. However, before Lestat can completely reveal the drawbacks of their eternal life, Louis decides to leave and visit his family. However, his skin starts burning as soon as he steps into the sunlight. Lestat retrieves Louis and restarts the latter’s training. Lestat teaches Louis to use his enhanced hearing senses and control his blood thirst.

Louis becomes a “fledgling,” and Lestat becomes his “master.” Despite disliking some of Lestat’s methods, Louis continues to live with the older vampire as Lestat has charmed his way into Louis’ heart. However, at times the restrictions put on by Lestat make Louis feel like a slave. Therefore, he wants to start his own business.

Louis borrows money from Lestat and buys a local club. He transforms it into a successful business and returns the money he borrowed from Lestat. Meanwhile, Louis continues to tame his bloodthirst while interacting with normal humans. He visits his mother and sister and learns that the latter is pregnant with twins. After the twins are born, Louis pays another visit to his sister but ends up nearly consuming one of his nephews. Louis is disgusted at himself, and Lestat uses the opportunity to convince Louis to leave his family behind.

Interview With the Vampire Episode 2 Ending: Why Did Lestat Kill the Singer? Why Does Louis Dislike Killing?

After Louis becomes depressed at the thought of seprating from his family, Lestat tries to cheer him up. He suggests a trip to Rome, Italy, but has really planned a night out to an opera for him and Louis. Louis is excited at the idea and joins Lestat at the opera house. However, given that he is a black man, Louis must follow certain rules while appearing publicly with Lestat. Lestat presents Louis as his chauffeur, and Louis only takes his seat after the lights in the theater go out.

Lestat shows the singer his mistakes by performing the songs from the opera on a piano. With Lestat’s performance,e the singer realizes his errors and loses his confidence. Meanwhile, Louis uses his powers to read the singer’s thoughts and begins to feel sympathy for him. In the end, Lestat sees the opportunity and kills the poor singer. Louis is disgusted at Lestat’s actions but is still under the older vampire’s powers.

Lestat uses the kill as an example for Louis to understand that they are natural killers and should not tame their hunting instincts. Louis joins Lestat in drinking the singer’s blood, implying that he agrees with Lestat’s philosophy. However, in the present, Louis explains to Molloy that he was merely seduced by Lestat’s charm and did not actually believe he was a natural killer. Moreover, during the conversation, Louis eats human food, implying that he still maintains a thread with his humanity. As a result, the episode’s ending narrowly differentiates Louis from Lestat and highlights the former’s humanity. Therefore, it will be interesting to see how Louis and Lestat’s relationship progresses.

Read More: When and Where Does AMC’s Interview With the Vampire Take Place?