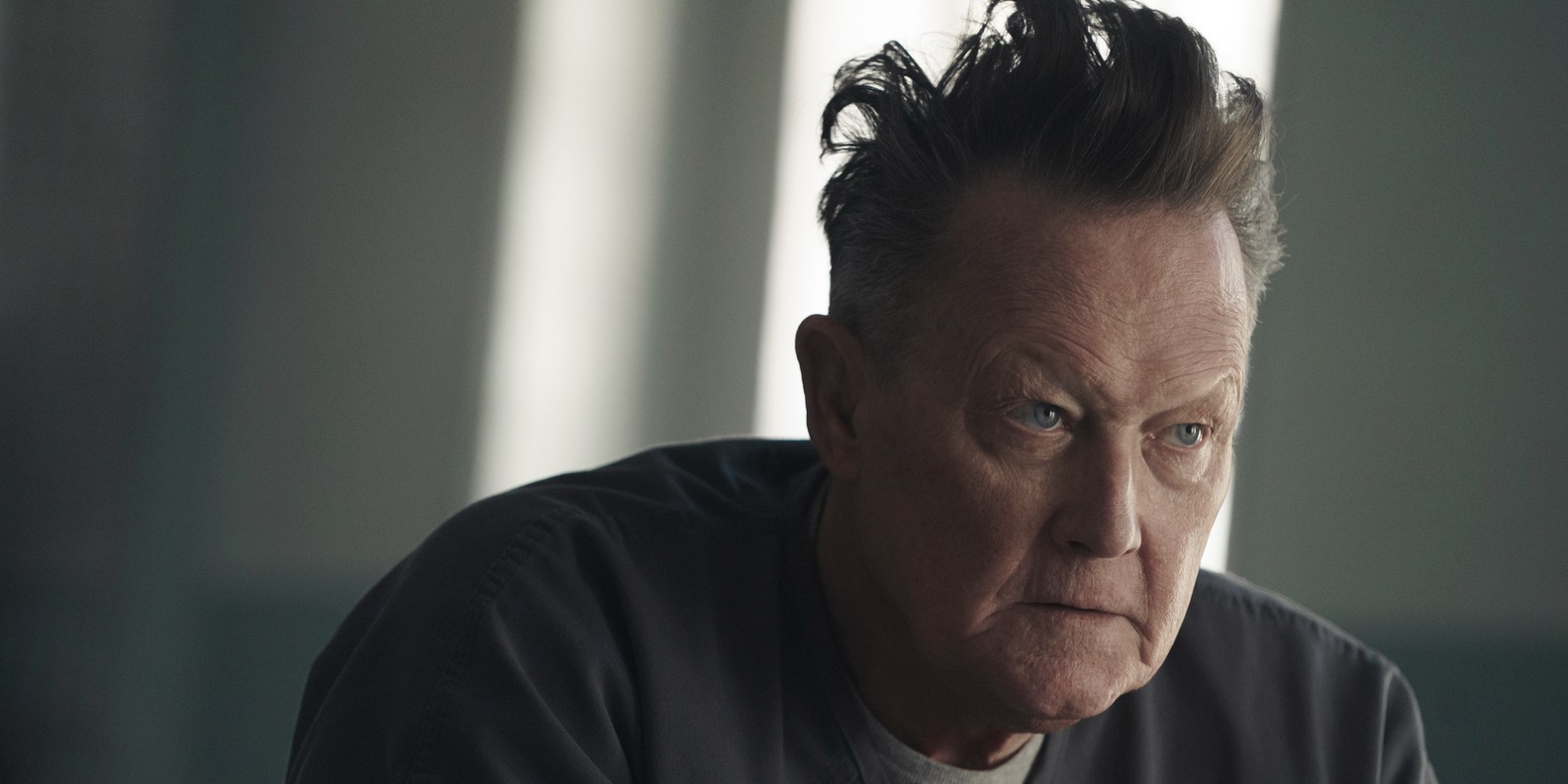 ‘Peacemaker’ reaches the final part of its debut season with an action-packed penultimate episode that sees the fated confrontation between father and son. August Smith/White Dragon (Robert Patrick) faces off against his son, Christopher Smith/Peacemaker (John Cena) in the episode. In the process, Peacemaker confronts the ghost of his past and finally breaks through the trauma his father has caused him.

While Peacemaker continues his journey of redemption, it seems like his father’s death will serve as an important milestone in that journey. If you are wondering what happened to August Smith/White Dragon and what it means for actor Robert Patrick’s future on the show, here’s everything you need to know! SPOILERS AHEAD!

August Smith is introduced in the premiere episode of ‘Peacemaker’ with actor Robert Patrick essaying the role. August is the father of Christopher Smith/Peacemaker. He has very strong opinions and is racially biased. August constantly neglects and mistreats his son. Nonetheless, he is a driving force behind Peacemaker and his ideology as a superhero.

August is also a genius inventor and provides Peacemaker with his trademark helmets. In the second episode, August is arrested by the police after John Economos swaps Peacemaker’s fingerprints with his father’s. We later learn that August is the leader of a white supremacist militia and operates as the villain White Dragon.

After he is released from prison, August decides to kill Peacemaker. August resents Peacemaker for the death of his other son, Keith. Moreover, he feels betrayed by Peacemaker landing him in jail. August dons his White Dragon armor and engages in a battle with Peacemaker in the seventh episode. However, Peacemaker subdues his father with help from Eagly, Economos, and Vigilante. In the end, August tries to boast about how Peacemaker will always be under his control, prompting Peacemaker to shoot August dead. Despite killing his father, Peacemaker is remorseful for his actions.

Is Robert Patrick Leaving the Show?

Actor Robert Patrick is well known for his role as FBI Special Agent John Doggett in the sci-fi drama series ‘The X-Files.’ He essays the part of August Smith/White Dragon in ‘Peacemaker.’ Patrick brings an equal amount of menace and charm to an utterly unlikeable character. August Smith is an important character in Peacemaker’s story as the relationship between the father and son helps the viewers understand the anti-hero’s complicated mindset and personality.

Thus, Patrick’s performance is integral to the show’s emotional core. With the death of August Smith/White Dragon, it seems that Patrick’s time as the obscure DC Comics villain has come to a close. His father’s death could either save Peacemaker from his mental horrors or plunge him into further darkness. Therefore, August’s death serves as a means to further Peacemaker’s story.

Creator James Gunn has expressed an interest in continuing the show beyond the first season. If a follow-up installment materializes, Patrick is unlikely to return. However, so far, we have seen Peacemaker being haunted by the deaths of Keith and Rick Flag. Thus, Patrick always has a chance to reprise his role through flashbacks or visions in a potential second season. However, whether such an appearance comes to fruition remains to be seen.