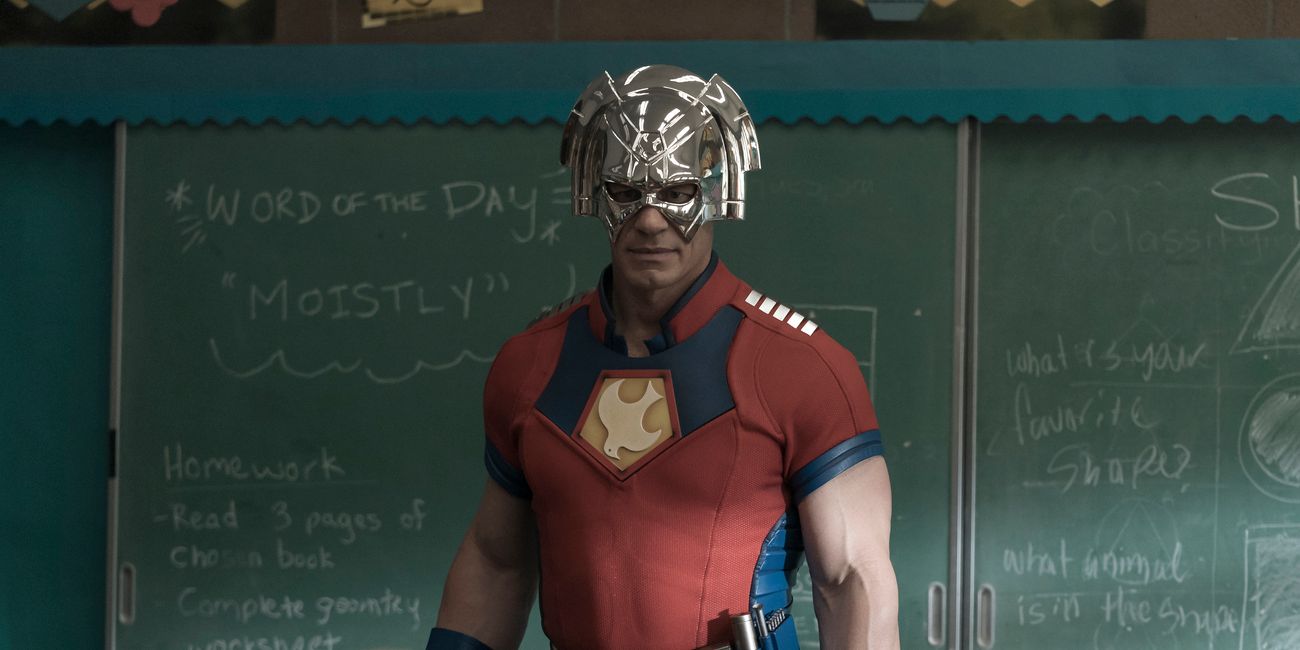 ‘Peacemaker’ episode 7 brings to head a major conflict that has been brewing since the show’s very first episode. The penultimate episode sees our heroes backed into a corner and fighting for their lives. Peacemaker must fight against his father, August Smith/White Dragon, whose disappointment in his son has led him on a dark path.

Elsewhere, friction between Adebayo and Harcourt rises while the Butterflies try to stop the team by targeting Murn. In the end, the team is left with no option but to go for an all-out attack against the alien invaders. If you wish to catch up on the episode’s events and seek answers about the ending, here’s everything you need to know about ‘Peacemaker’ episode 7! SPOILERS AHEAD!

The seventh episode of ‘Peacemaker’ titled ‘Stop Dragon My Heart Around’ picks up after Peacemaker and his team see the news broadcast of Captain Locke announcing a search for the anti-hero. Harcourt confronts Adebayo about planting the diary at Peacemaker’s home. Adebayo tries to defend her actions by revealing that she was pressured by her mother, Amanda Waller, into taking the job. Nonetheless, Harcourt is disappointed in Adebayo. Murn arrives and tells the agents to pack their stuff as the police will soon arrive at their doorstep.

The police — led by Detective Song, the host body of the Goff Alien — arrive at the lodge to deal with Murn. Adebayo and Harcourt remain hidden, but the Butterflies attack and kill Murn. In the woods, Peacemaker gets rid of his helmet and distracts the White Dragon and his militia. Peacemaker and team escape in a car. However, the villains track them down, and Peacemaker is forced to fight his father. With help from Eagly, Economos, and Vigilante, Peacemaker beats White Dragon. However, when the White Dragon taunts Peacemaker, he shoots his father and kills him. In the end, the men meet up with Harcourt and Adebayo to discuss their next move.

Peacemaker Episode 7 Ending: Is Murn Dead? Who Is the Team’s New Leader?

In the episode, the Butterflies disguised as police arrive at the lodge where Murn and his team are staying. While Murn predicts this move, he, Adebayo, and Harcourt are too late to move out. The police arrive at Murn’s doorsteps and brutally attack him. Murn decides to sacrifice himself so that Harcourt and Adebayo can escape. Detective Song crushes the Butterfly residing within Murn’s body. However, before the Butterfly dies, it has one last telepathic conversation with Harcourt and entrusts the mission to her.

Harcourt and Adebayo are deeply moved by Murn’s death but recognize the gravity of the situation. In the end, the women reunite with Peacemaker’s unit at a hospital. Although the group’s morale is low and they consider abandoning the mission, they quickly realize that they must honor Murn by completing the mission. Moreover, the fate of humanity is at stake. Therefore, the team decides to carry on without Murn. They unanimously choose Harcourt as their new leader and set out to defeat the Butterflies once and for all.

What Is the Alien Creature’s Purpose?

During the episode’s final moments, Harcourt formulates a plan to take down the Butterflies. Murn had previously informed the agents that the Butterflies’ source of food, the amber fluid, comes from an alien creature known as the “Cow.” The Cow is being kept at a place known as the Cloverdale Ranch. Harcourt’s planning is juxtaposed against scenes of the Goff Alien and its followers arriving at the Cloverdale Ranch, where we see the giant Cow for the first time.

The alien creature is being milked for the amber fluid. Thus, Harcourt’s plan is simple: kill the Cow and defeat the Butterflies. However, that is easier said than done since the Butterflies are now aware that the agents plan to target the Cow. Therefore, they are moving the Cow to a different location. Thus, an epic battle awaits our heroes in the season finale.