Is Dear Evan Hansen Based on a True Story? 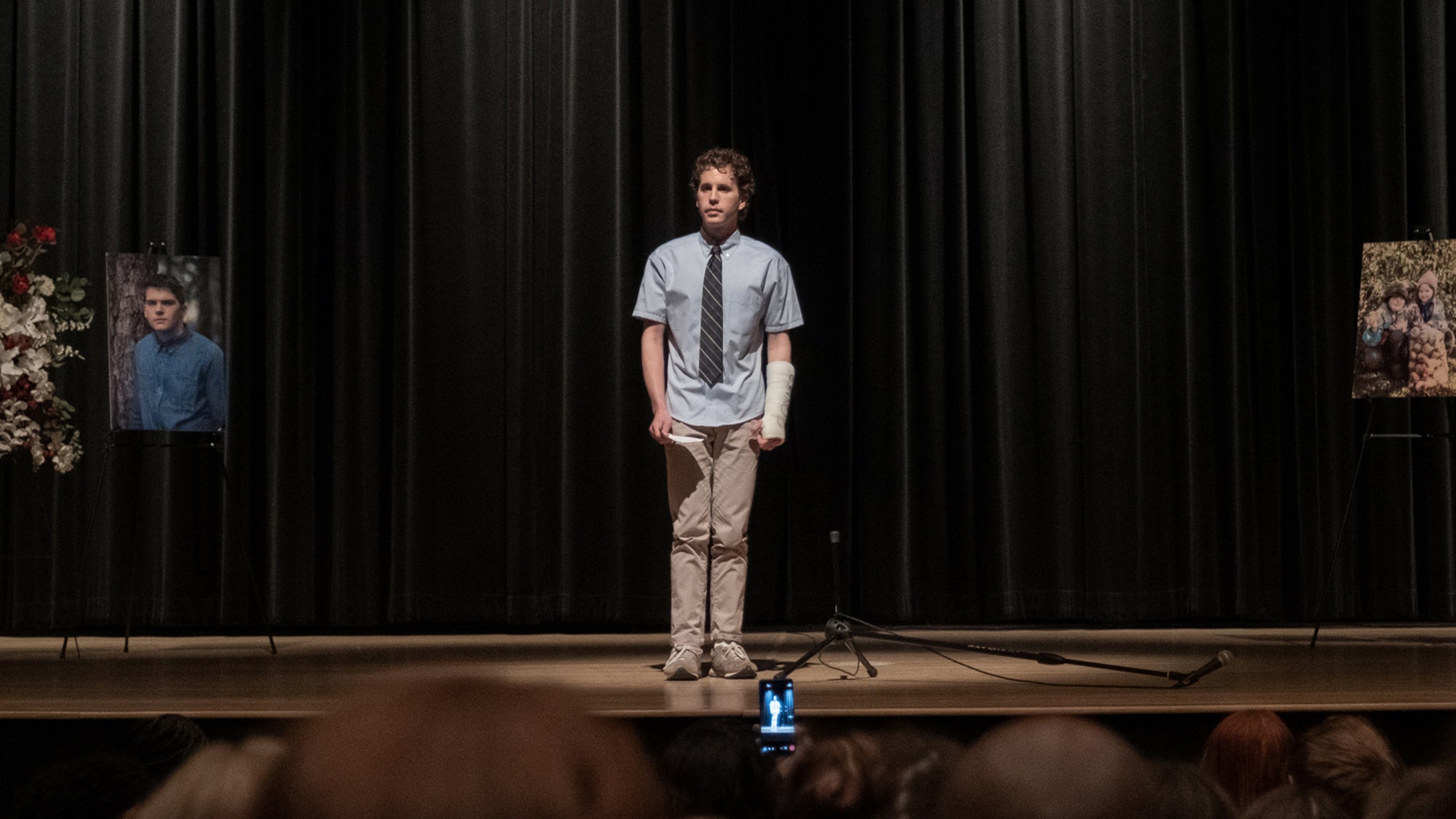 Written and directed by Stephen Chbosky, ‘Dear Evan Hansen’ is a coming-of-age musical drama based on the eponymous 2015 Tony Award-winning stage musical. It deals with the trauma of social anxiety and a series of events caused by a lonely teenager manipulating a classmate’s death in a desperate bid to be accepted by his peers and crush.

‘Dear Evan Hansen’ chooses to explore grippingly realistic situations that affect the internet-driven modern-day youth. Since Chbosky is known for writing and directing the semi-autobiographical ‘Perks of Being a Wallflower,’ many must be wondering if ‘Dear Evan Hansen’ is based on a true story. Let’s find out!

Is Dear Evan Hansen Based on a True Story?

‘Dear Evan Hansen’ is partially based on a true story. However, it’s not Stephen Chbosky’s story that it borrows from. Interestingly, the film’s composer Benj Pasek’s personal experience as a teenager is what inspired Levenson’s script. The award-winning lyricist, musician, and composer is one-half of the Golden Globe Award-winning songwriting duo Pasek and Paul (Justin Paul). When a schoolmate died from a drug overdose during Pasek’s high school days in Philadelphia, he witnessed just how many of his peers exaggerated their roles in the deceased’s life.

Talking about it in an interview with NPR, Pasek said, “There was a student who was sort of an anonymous student. Nobody was particularly that close to him. And over the summer, he passed away from a drug overdose actually. And when we all came back to school the next year, he became a sort of sensational figure. After his death, basically everyone claimed him to be their friend. And we were really interested in why, psychologically, people were doing that.” Publicly using a tragedy for one’s personal benefit struck a chord in both Pasek and Levenson, and the character of Evan Hansen was born.

Evan (Ben Platt) is a recluse with social anxiety who struggles to blend in with his peers and writes letters to himself on his therapist’s recommendation. When one such letter falls in the hands of another lonely student named Connor (whom Evan had been warming up to and whose sister Zoe he crushes on), a misunderstanding ensues. Connor dies by suicide, and the letter in his pocket — perceived by all to be written by Connor to Evan — throws Evan into a chaotic limelight. Evan lies about the letter to gain sympathy, claiming that he and Connor were secretly best friends.

Pasek’s observation of teenagers struggling to be accepted by their family and friends, using tragedies as ornaments for their social media identity and turning to debilitating coping mechanisms form the premise of the film. In times when mental health is slowly getting its fair share of focus, unsettling themes pertaining to the same are essential for the big screen. Several teenage movies like ‘Perks of Being a Wallflower’ and ‘All the Bright Places’ and shows like ‘Euphoria’ and ‘13 Reasons Why’ that address the sensitive topic of mental health resonate with diverse audiences.

‘Dear Evan Hansen’, the stage musical, was well-loved and critically acclaimed by audiences worldwide. In the same way, Chbosky’s musical film, which stars Amy Adams and Julianne Moore in seminal roles, too, reaches out to struggling youth and their parents with its insightful message. Even though the movie is mostly fiction, it grew its story from a seed of personal observation. Thus, we can infer that ‘Dear Evan Hansen’ may not be an entirely true account, but the experiences it documents will ring true with many.