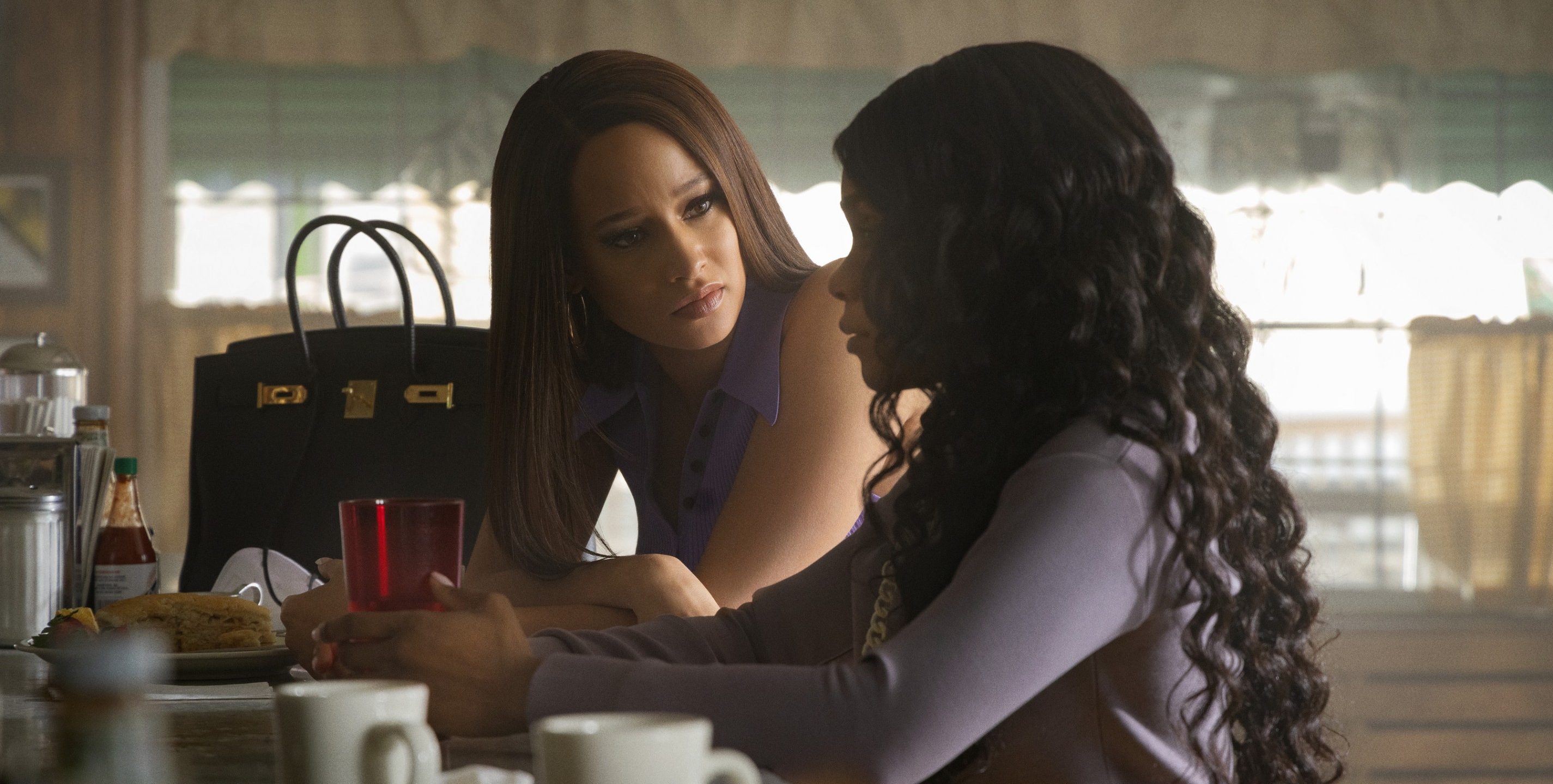 In the second season of Starz’s drama series ‘P-Valley,’ Hailey Colton AKA Autumn Night aspires to sell The Pynk to fulfill her ambitions. She demands $10 million for the strip club when Corbin Kyle and later Georgie Batson offer $1 million and $5 million respectively for the establishment. In the ninth episode of the season, Hailey talks about the sale to Keyshawn AKA Miss Mississippi, and lets her know that she is also thinking about leaving Chucalissa after the sale. So, will Hailey leave the Mississippi city? Is her desire to leave the place an indication of Elarica Johnson’s potential departure from the show? Let’s find out! SPOILERS AHEAD.

What Happened to Hailey?

Hailey arrives in Chucalissa to escape from her abusive ex-boyfriend Montavius. While seeking shelter and livelihood, she ends up in The Pynk as a dancer under the name Autumn Night. Although The Pynk becomes her home in a short while, she has never planned to stay at the strip club permanently. As far as Hailey is concerned, the establishment is a way for her to acquire an unbelievable amount of money as buyers are lining up with offers worth millions. She knows that staying in Chucalissa will be hard for her after selling the strip club, especially to live among Uncle Clifford and other dancers.

After earning millions, Hailey doesn’t want to stay in Chucalissa as a villainess. She wants to live in a place where her ambitions will be respected and she can spend millions without feeling any guilt. Thus, she lets Keyshawn know that she is seriously considering leaving the city right after the former leaves. After Montavius’ murder, she may also want to escape from the potential problems that can arise due to the murder. Considering these factors, Hailey may try her best to leave the city and build a new life with the money she may acquire upon potentially selling The Pynk. But does that necessarily mean Elarica Johnson is leaving the show? Let’s see.

As of yet, neither Starz nor Elarica Johnson has released any statements regarding the departure of the actress from ‘P-Valley.’ Considering that Hailey is the de facto protagonist of the show, it is unlikely that Johnson will leave the show without any prior announcements. Hailey’s revelation that she wants to leave Chucalissa can only be her aspiration and we may see several factors standing in her way, preventing her from really leaving the city. If she cannot manage to sell The Pynk as she wants, leaving Chucalissa will be a tough affair for her.

Considering Hailey’s relationship with Andre, the former may start to reconsider her aspiration to leave the Mississippi city. If Andre wins the mayor election, with power and influence on her side, Hailey may stay back in Chucalissa to cherish her boyfriend’s authority and the protection he can give her. The ninth episode of the second season also indicates that Hailey can be pregnant, most likely with Andre’s baby or babies. If that’s the case, running away from the father of her unborn baby/babies may not be her priority. In light of these possibilities, we believe that Elarica Johnson will most likely continue featuring in ‘P-Valley.’

In the second season finale, we can expect to confirm Hailey’s possible pregnancy and how it changes her ambitions and aspirations. If a life with Andre becomes her priority, she may decide against leaving Chucalissa, closing the gateway for Johnson’s supposed exit from the show.