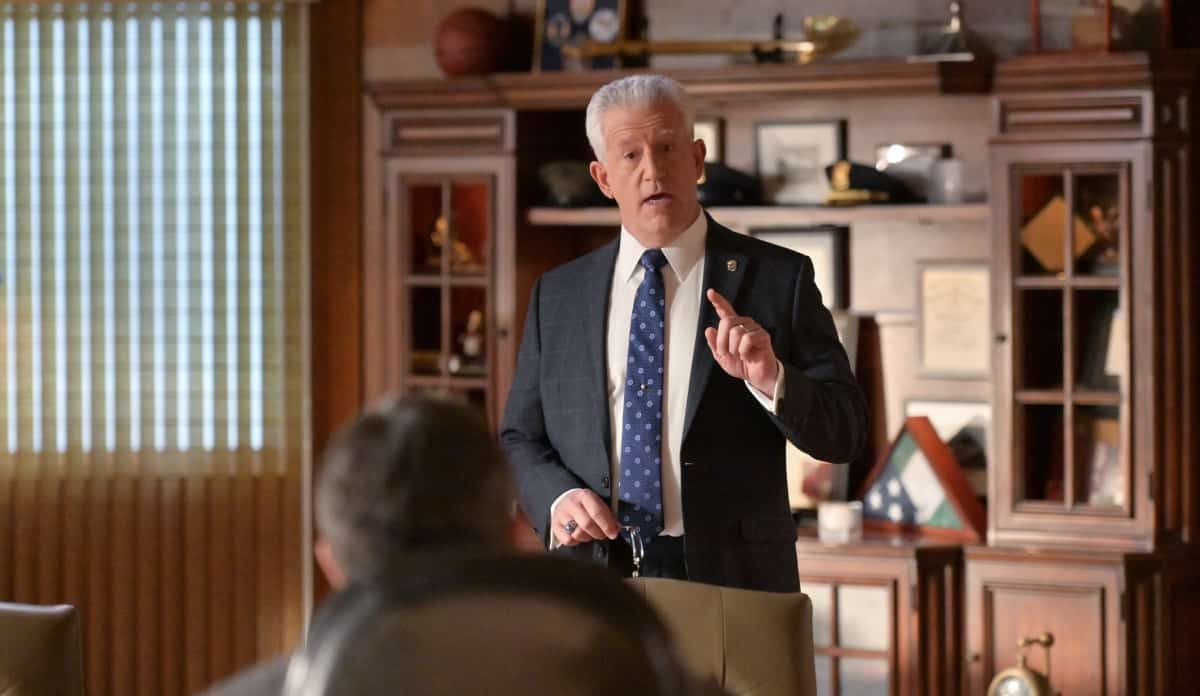 ‘Blue Bloods’ is a police procedural series that revolves around an Irish-American family, the Reagans, working in various departments of law enforcement. The family patriarch is New York City Police Commissioner Frank Reagan (Tom Selleck), who must balance aspects of his professional and personal lives to fulfill his duty to the best of his abilities. Sometimes, the pressure can be too much for Frank, and it is in situations like these that his close friend Garrett Moore provides him support. However, a recent conflict between the two friends has sparked rumors that actor Gregory Jbara, who essays the part of Garrett, is set to depart the series. Is there any truth to these rumors? Allow us to provide you with the answers.

What Happened To Garrett Moore?

Garrett Moore is the NYPD Deputy Commissioner of Public Information and one of Frank Reagan’s most trusted associates. Garrett first appears in the twentieth episode of ‘Blue Bloods’ season 1 and serves as a moral compass for Frank. His opinions and views are often contrasting to those of Frank’s, and they help Frank see the error of his ways more than a few times. Garrett is also the de facto chief of staff and Frank’s right-hand man. Frank and Garrett don’t often express their importance to each other but share a strong friendship despite their regular bickering. 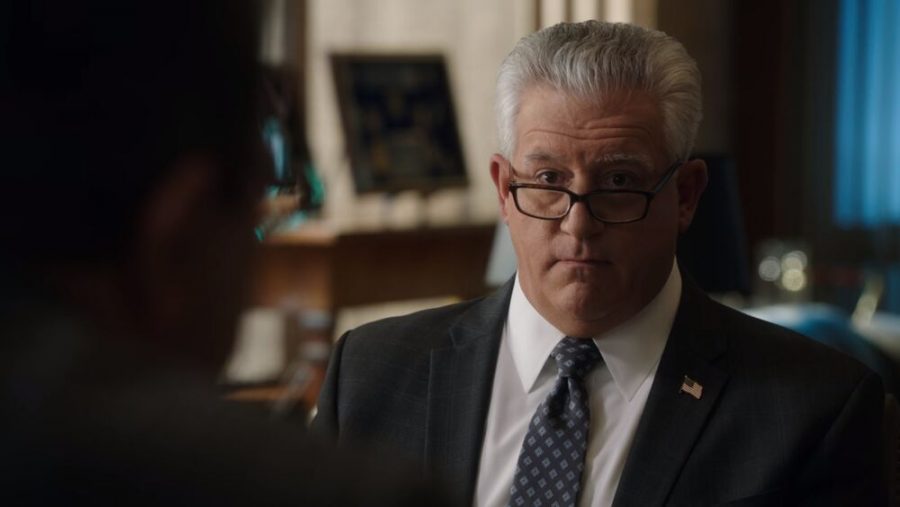 In season 11 episode 14, titled ‘The New You,’ Garrett issues a statement to the press that paints the NYPD in a bad light. Though the intention behind his words is to encourage the force to do better as a whole, his statement is twisted and misinterpreted by the press, which enrages Frank. Frank goes into damage control mode and asks Garrett to retract his statement. However, when Garrett refuses to do so, the two men have a heated argument. Later, Frank explains to Garrett that despite the positive changes he has brought about in other aspects of his life, he must stick to what he has been doing at work and not try to reinvent it.

Gregory Jbara has been a recurring cast member of ‘Blue Bloods’ since the show’s very first season. The 59-year-old actor made a name for himself, appearing in guest and recurring spots on many popular TV shows such as ‘Friends,’ before landing the role of Garrett Moore. Garrett is one of the most morally sorted out characters on the show, and Frank himself has regularly stated that he is an indispensable member of his inner circle.

Therefore, at the end of the aforementioned episode, when Garrett tries to hand Frank a sealed envelope, he refuses to accept it, believing it to be Garrett’s resignation. He reiterates Garrett’s importance and says he will always want his friend by his side. Garrett reveals that the envelope doesn’t contain his resignation. Instead, the letter is his retracted statement.

This is not the first time that two friends have butted heads on a topic, and the conflict is a reminder of how their opposing ideologies result in positive outcomes and is the solid foundation of Garrett and Frank’s friendship. Jbara has not indicated that he intends to exit the hit cop drama anytime soon. The series has been renewed for a twelfth season, and we fully expect him to return in the role of Garrett. For now, fans should worry about the fates of some of the other characters as the two-part season 11 finale of ‘Blue Bloods’ is shaping up to be the show’s most decisive one yet.