Is Lifetime’s Bad Nanny Based on a True Story? Where Was it Filmed? Who is in the Cast?

Directed by Colleen Davie Janes, Lifetime’s ‘Bad Nanny’ is a thriller movie that revolves around a woman named Kendra Peterson. Given the less-than-ideal circumstances surrounding her birth, she pines for the luxurious life that her socialite half-sister Remy Bell-Winter seems to enjoy. To get a taste of a similar lifestyle, Kendra gets a job as the nanny for the latter’s daughter Ella Bell-Winter.

This leads to an unexpected turn of events that brings many people into danger. Many viewers have praised the talented cast and eye-catching visuals of ‘Bad Nanny.’ Fans have further expressed their curiosity over the origins of the Lifetime movie’s riveting story, especially if real-life events inspire it. If you are in the same boat, here is everything we know about the thriller’s production and performers.

Is Bad Nanny a True Story?

No, ‘Bad Nanny’ is not based on a true story. Instead, the movie’s script was penned by Jason Byers, who has also written ‘Husband, Wife and Their Lover‘ and ‘Open Marriage.’ Jason’s vision was brought to life by Colleen Davie Janes, who has lent her directorial skills to movies like ‘Seduction & Snacks’ and ‘The Family Remains.’ The Lifetime thriller takes many human emotions and realistic themes and weaves them together to present a gripping storyline. 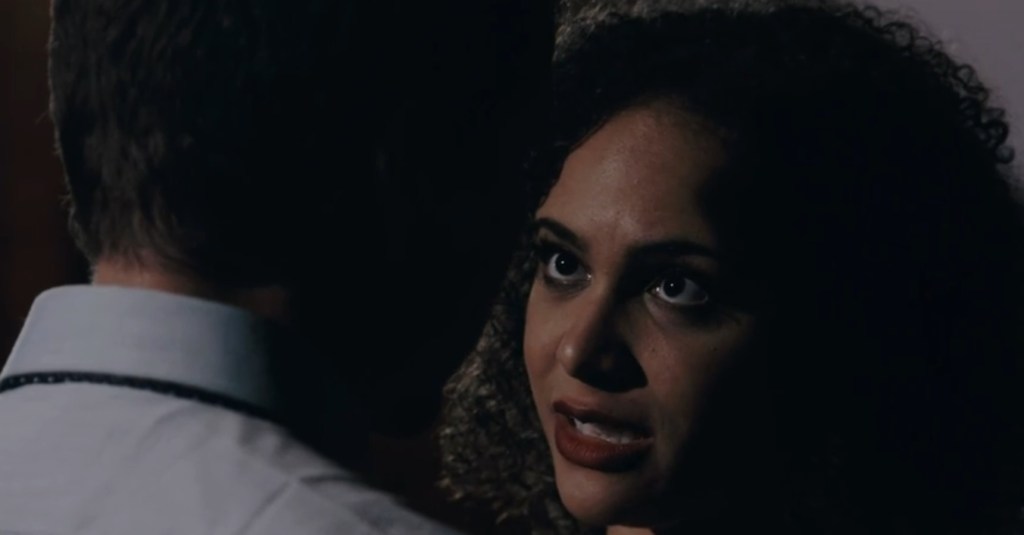 Starting with the sibling rivalry between Kendra and Remy, one must pay attention to the reasons that make Kendra commit horrifying actions; in Remy, she sees a life she could have had. While it is common to envy the lifestyle of those we perceive to be more prosperous than us, for Kendra, the stakes are personal due to the shared blood. The fact that the two women share a parent, yet one seemingly has a far better life, makes the other resentful.

Though the feeling of jealousy does not justify the dangerous actions committed by Kendra, one cannot help but agree that her life was far from picture-perfect. In real life, it is unfortunately not uncommon to see two siblings have different lifestyles due to their parents’ actions. The Lifetime movie builds on this concept and provides the viewers with a horrifying result of the resentment that might build up in such a scenario. Hence it presents viewers with an antagonist that they initially empathize with, given how her life started.

‘Bad Nanny’ was filmed entirely in Georgia, specifically in the Atlanta Metropolitan Area. Principal photography of the movie roughly took place in May 2022, with Dane Lawing as the cinematographer. Now, let’s explore all the locations that appear in the Lifetime thriller.

Based around Atlanta, Georgia, the Atlanta Metropolitan Area served as the primary shooting destination for ‘Bad Nanny.’ Pivotal portions were lensed across the bustling city of Atlanta, and several scenes were taped in Newnan, the seat of Coweta County. Despite being located approximately 40 miles from each other, the two cities are both parts of the Atlanta Metropolitan Area and were used by the producers for shooting purposes.

Over the years, Atlanta has become a haven for filmmakers who often utilize the facilities available in the city to record their projects. Furthermore, the area surrounding the metropolitan city has benefitted from its prominence as a production location, as producers tend to step out of its geographical area, hoping to capture different backdrops. Some well-known Lifetime movies filmed in the Atlanta Metropolitan Area include ‘Dating Hell‘ and ‘She Is Not Your Daughter.’

The talented Chelsea Rose Cook plays Kendra Peterson in ‘Bad Nanny.’ The actress is well-known for her work in ‘Two of Everything’ and ‘Dancer in Danger.’ In addition, the Lifetime movie features April Hale as Remy Bell-Winter. Hale’s other acting credits include ‘Nightmare Neighborhood Moms‘ and ‘Malicious Mind Games.’ Besides, Aria Jennai Pulliam and Brian Ramian appear as Ella Bell-Winter and Jack Winter, respectively.

Read More: Is Lifetime’s Let’s Get Physical Based on a True Story? Where Was it Filmed? Who is in the Cast?