Is Lifetime’s Baking All the Way Based on a True Story? 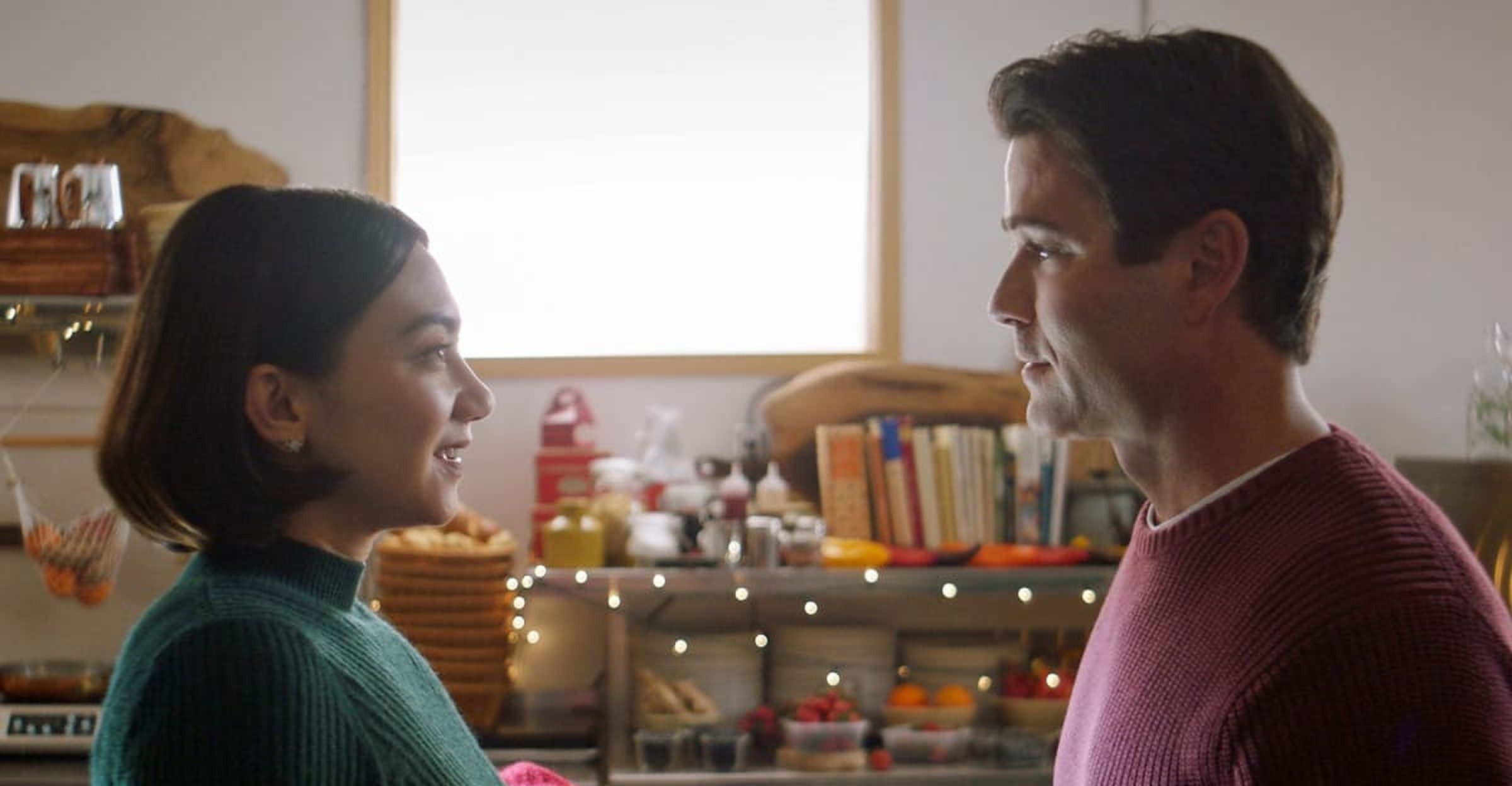 Directed by Yannick Bisson, Lifetime’s ‘Baking All the Way’ is a romantic comedy movie set in the jolly time of Christmas. Celebrated pastry chef Julia Wilson is determined to have the best recipes in her upcoming Christmas cookbook. To complete her task, she travels from Chicago, Illinois, to a small town in Wisconsin. A bakery in the area is well-known for its gingerbread recipe, and Julia hopes to share it in her book. However, the owner Kris Thompson is hesitant about sharing his secret to the delicious sweet dish, leading to tensions between the two.

Starring Cory Lee and Yannick Bisson, the movie tells a heartwarming story of how the spirit of holidays brings two unlikely people together. Though the couple does not have the smoothest start, they soon come to care for each other. Naturally, fans are curious about the minds behind the plot and if real-life events inspire it. Well, we are here to explore the same!

Is Baking All the Way a True Story?

No, ‘Baking All the Way’ is not based on a true story. No stranger to Christmas films, the talented Courtney McAllister penned the movie. Her other writing projects revolving around the holiday include ‘Christmas in Toyland‘ and ‘Inn Love by Christmas.’ Courtney’s script was adapted into the movie under the direction of Yannick Bisson. Known for his portrayal of the eponymous leading character in ‘Murdoch Mysteries,’ the Lifetime film is the director’s feature film debut.

Though the Yannick Bisson directorial is a fictional story, it does have many familiar elements that viewers cannot help but enjoy. The journey of two love interests with a little rivalry mixed in is undoubtedly a trope that viewers enjoy. The Lifetime movie has many elements similar to the 2014 movie ‘The Hundred-Foot Journey,’ with actors like Manish Dayal, Helen Mirren, Om Puri, and Charlotte Le Bon. It revolves around Hassan Haji Kadam, an Indian chef, who ends up opening a restaurant in a small French village.

However, Madame Mallory, the owner of a nearby upscale restaurant Le Saule Pleureur, does not let them succeed so easily. This starts a war of business and food between the two eateries while detailing the love stories of Hassan and Marguerite, a sous-chef at Le Saule Pleureur. Soon, Madame Mallory also falls in love with Hassan’s father, Abbu. In addition, the cooking styles of the two establishments become one, and the chefs earn vast amounts of success.

While the stories depicted in ‘Baking All the Way’ and ‘The Hundred-Foot Journey’ are fictional, they provide viewers with a sense of relatability and comfort. The characters are passionate about the art of cooking, and their enthusiasm for their work is exceptionally infectious. Such elements convert the fictional tale told in the Lifetime movie into an enjoyable and relatable experience.

Read More: Where Was Lifetime’s Baking All the Way Filmed? Who is in the Cast?