Where Was Hallmark’s Christmas in Toyland Filmed? Who is in the Cast? 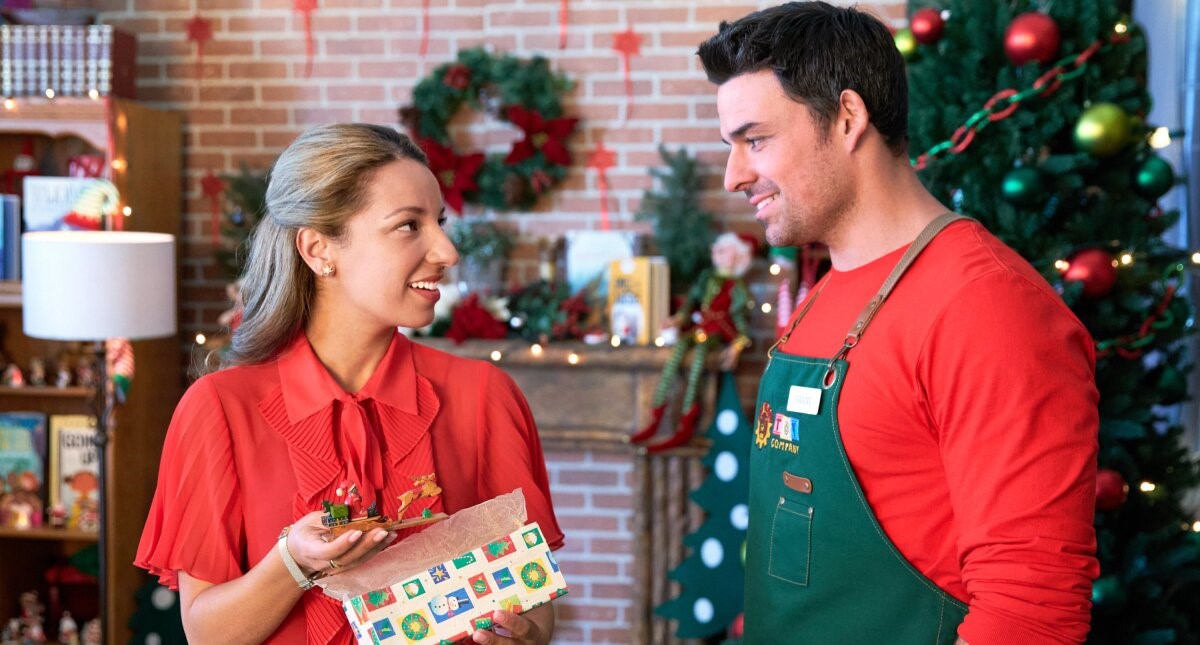 Directed by Bill Corcoran, Hallmark’s ‘Christmas in Toyland’ is a holiday romance film that revolves around a toy store data analyst, Charlie, and the store’s manager, Grant. As Christmas approaches, the two must work together and try to save hundreds of jobs before the festival by keeping the in-store experience alive among their customers.

Several themes and elements in the Hallmark movie, such as Christmas and workplace romance, keep the viewers hooked on the narrative from the beginning to the end. What makes it even more intriguing is the setting of the most beautiful time of the year, with lights and decorations in almost every other frame. Moreover, most of the narrative takes place in the toy store, making you wonder where the Christmas movie was filmed and who are all the interesting cast members. In that case, let’s dive right into it and find the answers!

‘Christmas in Toyland’ was filmed in its entirety in the Ontario province, particularly in Hamilton. The principal photography for the Hallmark film seemingly commenced in July 2021 and was wrapped up in September of the same year. The highly experienced Stephen Chandler Whitehead was appointed as the cinematographer for the movie, while Krystyna Byers came on board as the production designer. Located in Central Canada, Ontario is devoid of any mountainous terrain, but large areas of uplands are present within the Canadian Shield. Now, allow us to take you to all the specific locations where the Christmas movie was taped!

All the pivotal sequences for ‘Christmas in Toyland’ were recorded in and around Hamilton, a port city in Ontario. The Big Teddy Toy Company depicted in the movie is a fictitious toy store, and its interior scenes are supposedly lensed in a soundstage of one of the movie studios in the city. However, it is also possible that the production team utilized an actual toy store for filming those scenes. Besides that, the cast and crew traveled across Hamilton to tape a few shots of the cityscape and other exterior scenes against suitable backdrops.

Located in Southern Ontario on the western end of the Niagara Peninsula, the Electric City’s economy was led by steel and heavy manufacturing industries for several years, but recently health and sciences have joined in as contributing sectors. Several local attractions in the port city are popular among tourists, including the HMCS Haida National Historic Site, the Royal Botanical Gardens, the African Lion Safari Park, the Hamilton Museum of Steam & Technology, and the Canadian Warplane Heritage Museum.

Over the years, Hamilton has hosted the production of different kinds of filming projects; thanks to the city’s vast and diverse landscape, many filmmakers frequent the city repeatedly. Apart from ‘Christmas in Toyland,’ movies and TV shows such as ‘Resident Evil: Welcome to Raccoon City,’ ‘Nightmare Alley,’ ‘The Mortal Instruments: City of Bones,’ ‘The Queen’s Gambit,’ and ‘Murdoch Mysteries‘ have all been lensed in Hamilton.

In the Hallmark movie, Vanessa Lengies essays Charlie, the toy store data analyst. You may recognize Lengies from her roles in ‘American Dreams,’ ‘We Are Your Friends,’ and as Sugar Motta on ‘Glee.’ In addition, she is a regular on Disney+’s revival series ‘Turner and Hooch.’ On the other hand, Jesse Hutch portrays Grant, the toy store manager who helps Charlie. The actor has previously worked on several holiday movies, including ‘My Boyfriends’ Dogs’ and ‘Let it Snow.’