Is Lifetime’s Dying For a Crown Based on a True Story? Where Was it Filmed? Who is in the Cast?

Directed by Damián Romay, Lifetime’s ‘Dying For a Crown’ is a thriller movie that revolves around Lydia Campbell and her daughter, Elle. The duo moves to Florida from Los Angeles, and their relocation is shrouded by mysterious happening. Lydia becomes the Assistant Principal at Bellview High, which also happens to be Elle’s high school. Joining in her senior year, the teenager is determined to be the homecoming queen. However, Elle starts to do whatever it takes to become popular, with her mother at her side, to achieve her goal.

The Lifetime movie has been praised by viewers for its talented cast, while many have expressed admiration for its visual side which never fails to grab the audience’s eye. Nevertheless, one of the most pressing topics surrounding the movie has been its riveting story, making one curious if it is inspired by real-life events. If you are in the same boat and wish to know more about the Lifetime thriller, here is everything we can tell you!

Is Dying For a Crown a True Story?

Yes, ‘Dying For a Crown’ is partially based on a true story. Actual events inspire the Lifetime movie, yet there has not been any particular incident that has been confirmed as the primary base for the movie’s plot. It seems that the makers have picked elements from multiple real-life cases to weave a thrilling story that aims to keep the audience captivated with its realistic nature. When one delves deeper into the storyline, the different characters’ motivations help viewers understand their thought processes. 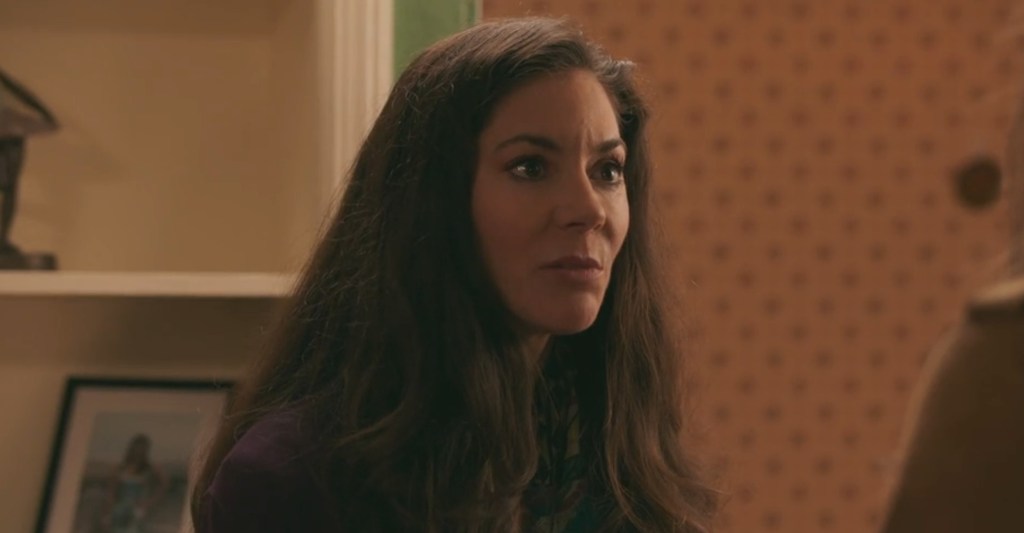 Elle’s dream to become the prom queen is a play on one of the most beloved teen movie tropes. The plot where an adolescent female protagonist becomes the prom queen is perhaps the crux of popular movies like ‘Mean Girls‘ and ‘She’s All That.’ Admittedly, the popularity of such films has perhaps heavily contributed to the prestige often associated with the title of the prom queen in real life.

The Lifetime movie shows how a teenage girl is desperate to get the crown to have the best life possible. Furthermore, her mother’s encouragement stems from her experiences as a teenager. However, the actions the mother-daughter duo undertakes to achieve the perfect vision of their lives are far from acceptable.

Given that ‘Dying For a Crown’ is based on numerous real-life events, the movie’s story paints a grim picture of how far some people are willing to go for a high school award. The Lifetime thriller takes elements from multiple real-life cases where people inflict physical or emotional harm on each other to fulfill their desires. It also points out how parental guidance in such cases is highly crucial, and false steps in such situations may lead to painful incidents.

Dying For a Crown Filming Locations

Lifetime’s ‘Dying For a Crown’ was primarily filmed in Georgia, specifically in Savannah. The movie’s principal photography occurred in February 2022, with Juan Hernández as the cinematographer. Now, let’s look closely at the locations that appear in the thriller, shall we?

‘Dying For a Crown’ was lensed in Savannah, the seat of Chatham County.  The cast and crew seemingly traveled across the city to shoot scenes against suitable backdrops. Named after the Savannah river, the city was established in 1733 and is one of the most historic and culturally significant places in the Peach State. Savannah is the oldest city in the state and was the British colonial capital of the Province of Georgia. Its proximity to the Atlantic Ocean made the city a viable trade point, leading to its prominence during the American Revolution and the American Civil War.

Though Savannah is no longer the state capital, it still holds high importance, being a contemporary haven for lovers of music and dance. The city hosts several events yearly to celebrate different art forms, including theatre. Given Savannah’s historical significance, cultural prominence, and well-developed infrastructure, it is no wonder the city is popular among filmmakers. Over the years, the city has been utilized as a backdrop for several movies, including ‘The Poison Rose‘ and ‘Baywatch.’

Dying For a Crown Cast

The talented Jennifer Titus acts as Lydia Campbell in ‘Dying For a Crown.’ The actress is known for her work in ‘Roe v. Wade’ and ‘Reprisal.’ Moreover, Catharine Daddario plays Elle in the Lifetime thriller. Some of Daddario’s other acting credits include ‘My Best Friend’s Dead’ and ‘Alia’s Birth.’

Read More: Is Lifetime’s What Happened to My Sister? Based on a True Story? Where Was it Filmed? Who is in the Cast?