Is Netflix’s Day Shift Based on a Book? 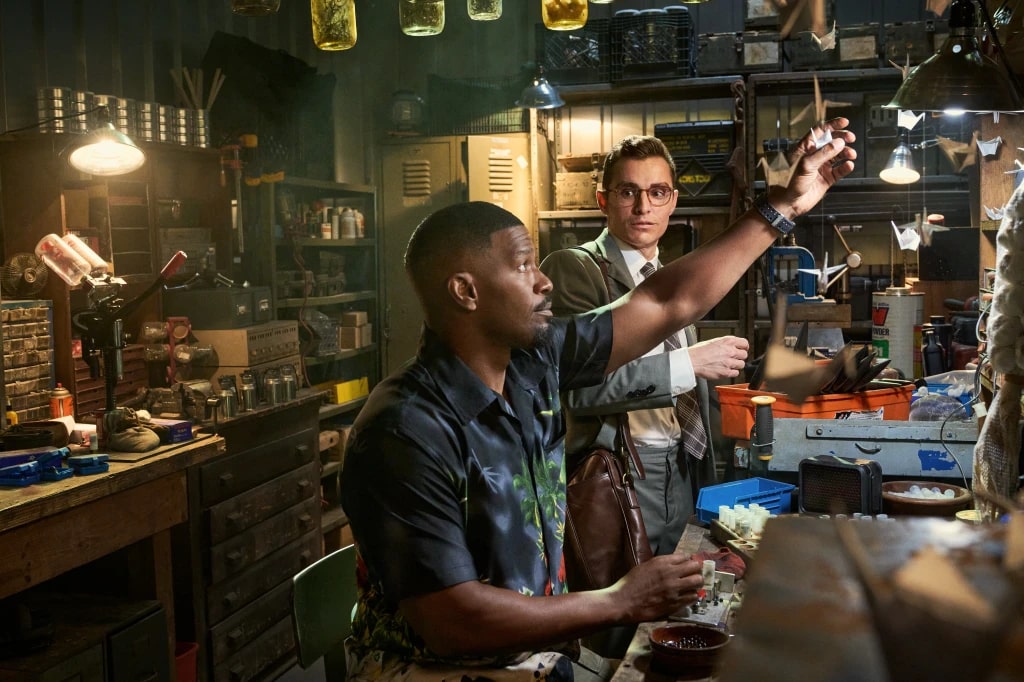 Directed by debutant filmmaker J. J. Perry, Netflix’s ‘Day Shift’ is a vampire comedy film. Set in the San Fernando Valley, the story revolves around Bud Jablonski (Jamie Foxx), a blue-collar father who convinces his ex-wife, Jocelyn, to give him a few days to arrange money for their daughter Paige’s school and braces. While most of the world, including his daughter and former wife, thinks he runs a pool-cleaning business, he is actually a vampire hunter. Bud needs some additional money quickly, so he reaches out to the vampire hunting union, whose leader reluctantly agrees to let him rejoin the organization.

Albeit, there is one condition — a union employee, Seth (Dave Franco), will accompany Bud on all missions. Unbeknownst to the latter, a powerful and ancient vampire is looking for him as he killed her daughter. Vampire drama is one of the most popular fiction genres, and some of the best examples of films and TV shows with vampires have been developed from various books. ‘The Twilight Saga,’ ‘Interview with the Vampire,’ and ‘True Blood‘ are great examples of this. Now, if you’re wondering whether ‘Day Shift’ is also based on a book, we’ve got you covered.

Is Day Shift Adapted From a Book?

No, ‘Day Shift’ is not based on any book. First-time screenwriter Tyler Tice wrote the story and the initial script before Shay Hatten (‘John Wick‘ franchise and ‘Army of the Dead‘) provided a rewrite. Director J.J. Perry is a renowned stunt professional and second-unit director who has been active in the industry for over two decades. He undoubtedly brings an unconventional perspective to filmmaking and a movie like ‘Day Shift’ in particular, in which action, comedy, horror, and fantasy elements are balanced perfectly.

After the success of ‘John Wick: Chapter 2,’ on which Perry served as the supervising stunt co-ordinator, he received multiple scripts to read, yet none fit the criteria of what he wanted to do as his first project as a director, that is until ‘Day Shift.’ “There were dark scripts about soldiers with PTSD because I was a soldier. ‘Oh, this would be good for you.’ I was like, ‘No.’ ‘Oh, you can do another ‘John Wick’ kind of movie.’ And I was like, ‘No, I don’t want to do that,'” the filmmaker told Slash Film.

“… you’re based in reality [ in ‘John Wick’ films],” the director elaborated. “Even though it’s not realistic that he could gun down how many people, but still, he’s a human being. There’s gravity and things that he cannot bend. As soon as you bring vampires in the mix, well, you’re reality plus 70%. Now I’ve got a dramatic license on the action to do whatever I want, which only elevates things. So you have these two worlds that hide in plain sight, the vampires and the hunters union, colliding. Which, for me, was super interesting and fun.”

Ultimately, Perry wanted to make a film that could be a perfect example of escapism and give the audience something to watch and enjoy that isn’t influenced by the world’s troubles. He said, “Right now if you turn on the news, it’s dark. There’s monkeypox and COVID, and Ukraine, and Russia, and Taiwan, and China. I just wanted to do something fun that you didn’t have to feel … you didn’t have to watch, or somebody was trying to force an opinion on you.”

“I just wanted people to enjoy it. A little bit of escapism doesn’t hurt anybody, and a few laughs can only do the world good right now,” the director concluded. Clearly, ‘Day Shift’ isn’t based on a true story, but given the realistic performances by actors like Jamie Foxx, Dave Franco, and Snoop Dogg, it’s perfectly understandable if someone thinks it is.

Read More: 7 Movies Like Day Shift You Must See