Is Netflix’s The Most Beautiful Flower Based on a True Story? 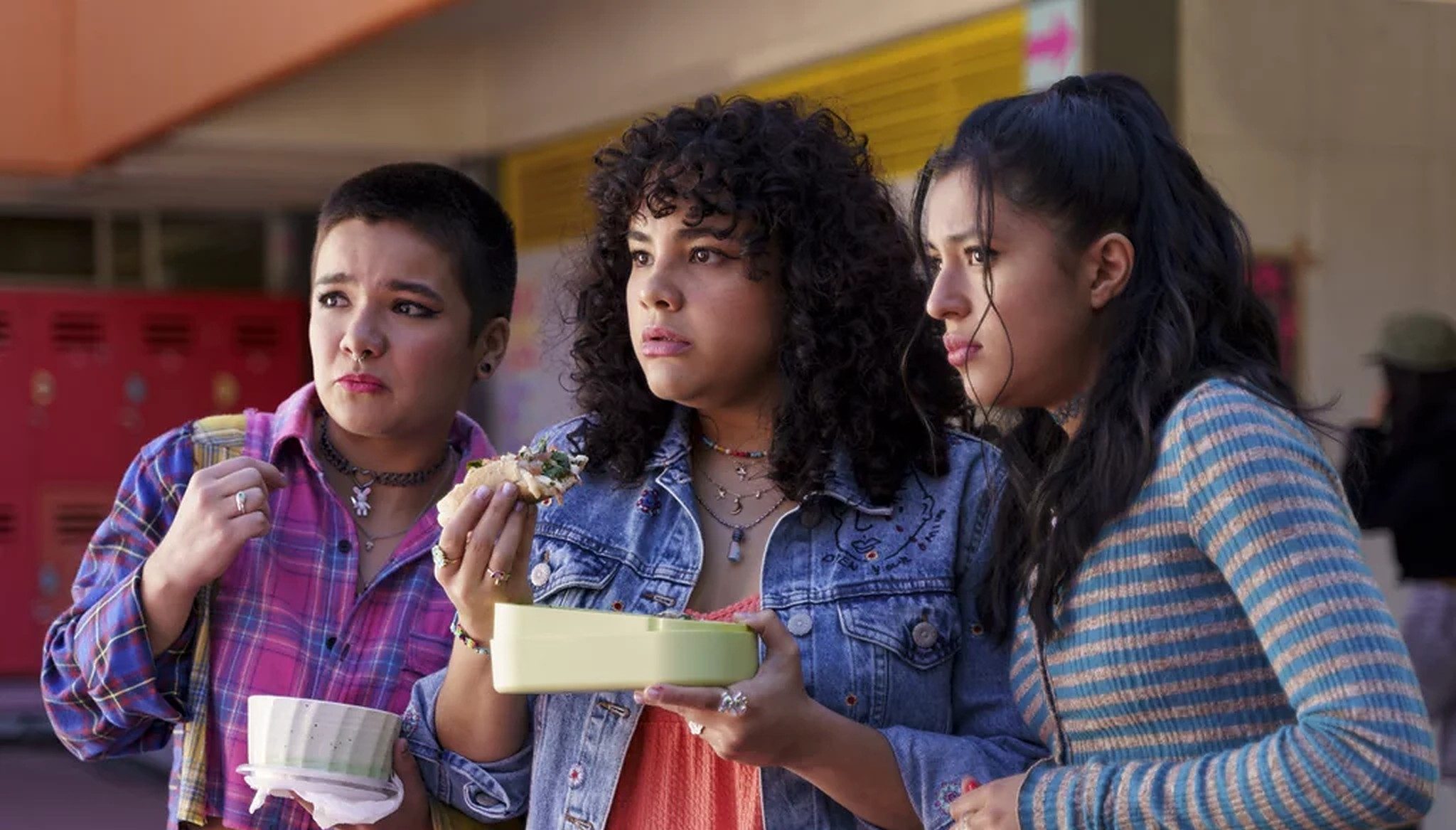 Netflix’s ‘The Most Beautiful Flower’ (originally titled ‘La Flor Más Bella’) is a Mexican romantic comedy series that follows Mich, a teenager who wishes to rule her high school with confidence and style. However, when her crush publicly rejects her and leaves her heartbroken, she becomes a subject of ridicule among her peers. Thus, Mich decides to transform her life and become popular but faces several obstacles along the way, including her traditional family, love triangles (or more), and realizations about her sexuality.

Created by Michelle Rodríguez and Fernanda Eguiarte Hernández, the coming-of-age show features nuanced performances by talented actors like Esmeralda Soto, Isabel Yudice, and Alicia Vélez. The engaging narrative not just entertains but also deals with relevant issues like bullying, peer pressure, ethnic identity, body image, and sexuality. Moreover, Mich’s experiences feel relatable and evoke nostalgia about one’s school years. All this poses the question- is ‘The Most Beautiful Flower’ rooted in reality? In case you wonder the same, let’s find the answer together!

Is The Most Beautiful Flower A True Story?

‘The Most Beautiful Flower’ is partially based on a true story. It is inspired by the real-life experiences of co-creator Michelle Rodríguez, who took references from her teenage years to develop Mich’s character and the show’s narrative. Using humor as a storytelling tool, the comedian wishes to convey the importance of breaking away from labels and conventions to embrace oneself. Besides, Rodríguez believes that believing in oneself is the only way to achieve your dreams, and she hopes that the viewers, especially adolescents, imbibe the same from Mich’s journey. 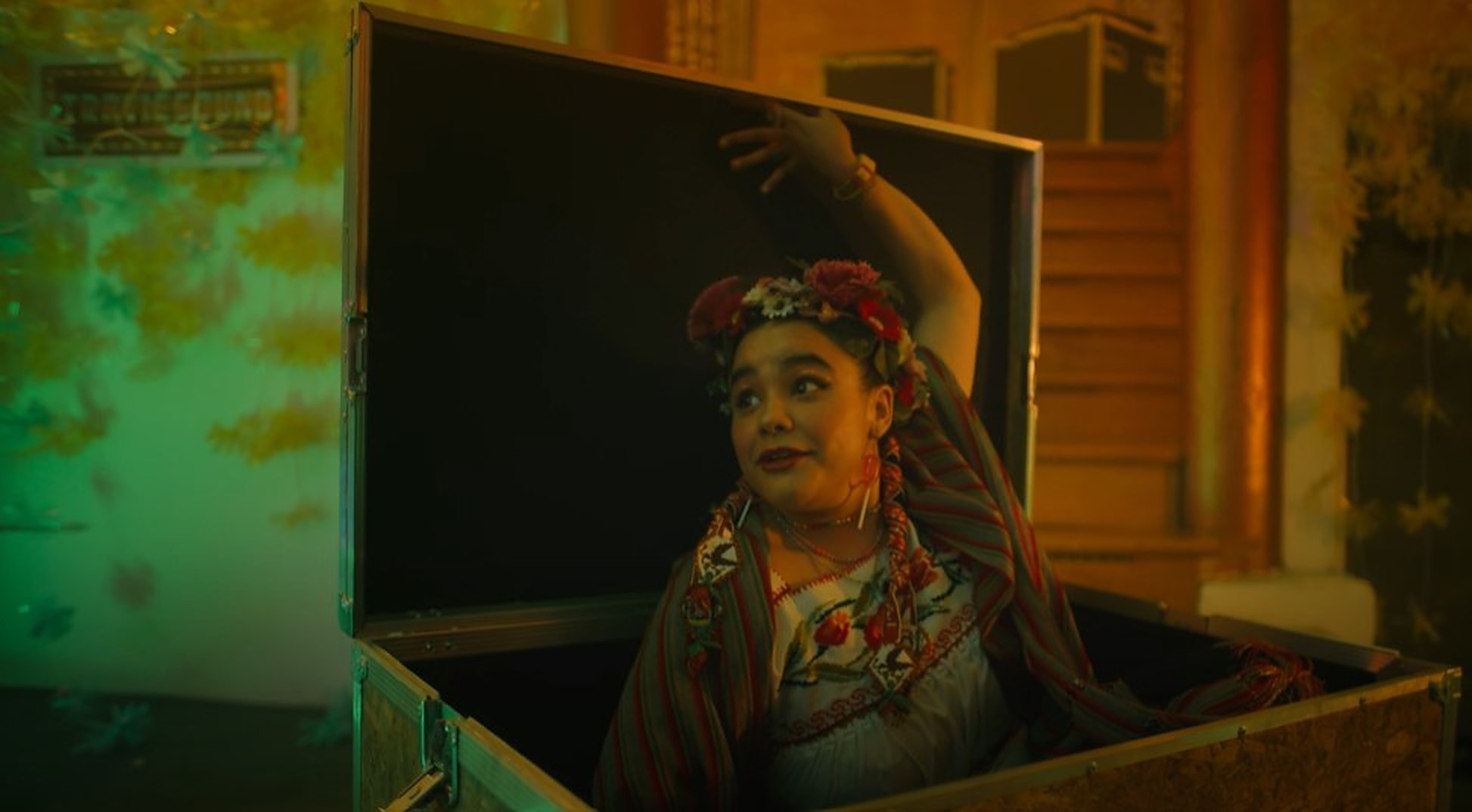 In the Netflix show, the protagonist is treated like an outcast in her school, given her distinct appearance and quirky antics. Yet, she is desperate to climb up the social hierarchy, and when she finally gets popular, she begins losing sight of who she is. Many likely have faced this in their school days, as the need for peer validation and fitting in with them often deeply affects teenagers’ minds and commands several decisions they make.

High school is a crucial part of one’s life, as it shapes many choices, specifically regarding relationships, sexuality, and identity. In ‘The Most Beautiful Flower,’ Mich unexpectedly develops feelings for a female classmate, which takes her aback, as till then, she believed that she was attracted to boys. This puts her in a dilemma about these new emotions, and she ponders who she wants to be with.

On the other hand, the protagonist belongs to a traditional family, yet she refuses to accept her roots and rebelliously tries to hide her identity from her peers. In real life, many youngsters feel somewhat ashamed to publicly embrace their ethnicity and customs for fear of discrimination and bullying. In addition, Mich’s cousin is the school’s queen bee, which makes her crave approval and be famous like her. While she succeeds in achieving everything she wants, she faces a moral dilemma about who she identifies as.

Interestingly, these concepts have been widely explored in many TV shows, such as ‘Never Have I Ever‘ and ‘Sex Education,’ wherein high schoolers try to figure out their complicated selves while navigating various adolescent challenges. ‘The Most Beautiful Flower’ reflects what many may have felt at some point in our lives, making it relatable and realistic. Hence, even though it is a work of fiction, it takes the creator’s experiences and those of the ordinary masses to create a feel-good and inspiring story where you root for the underdog protagonist to succeed.

Read More: Where is Netflix’s The Most Beautiful Flower Filmed?