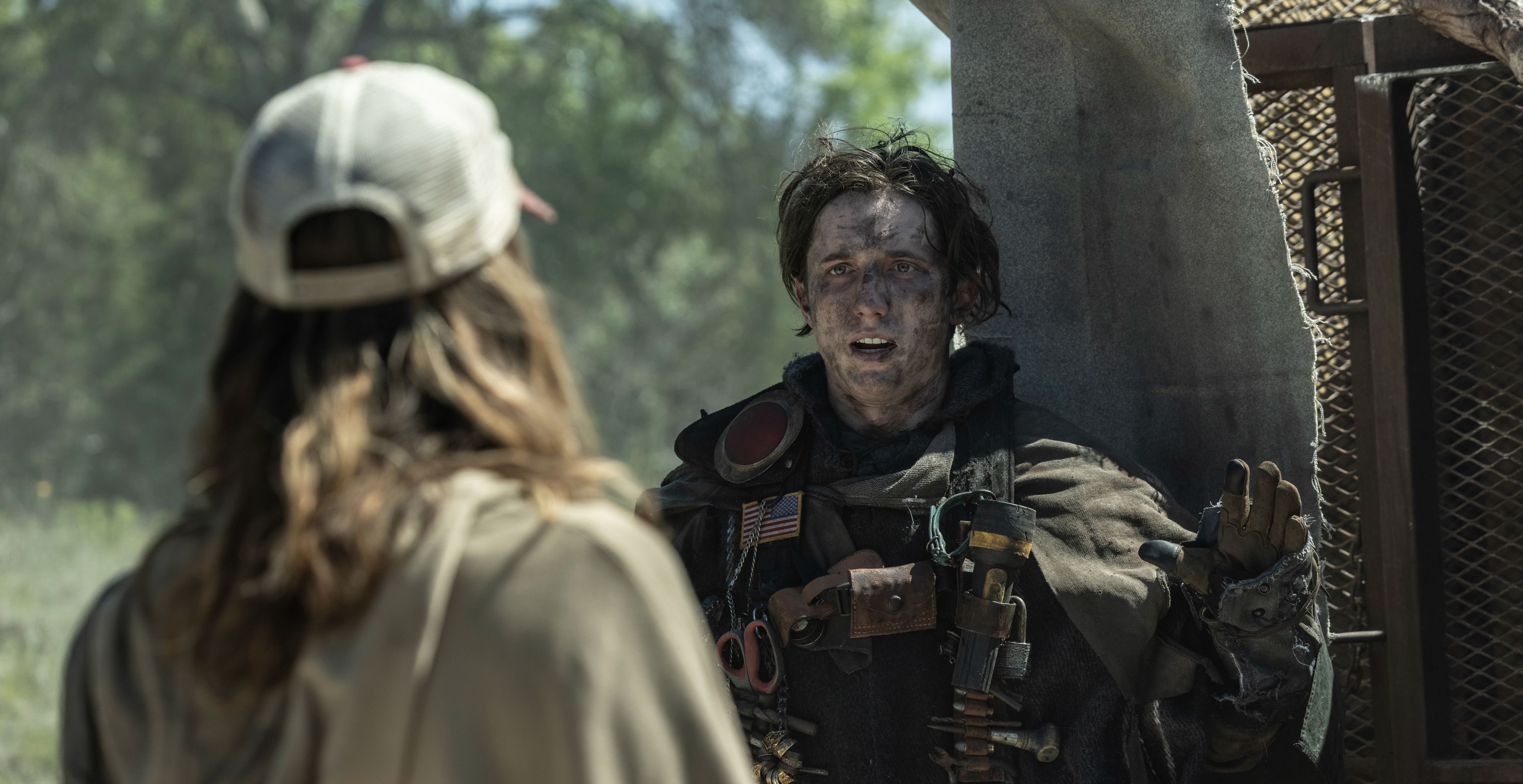 In the seventh season of AMC’s post-apocalyptic series ‘Fear the Walking Dead,’ Josiah and Sarah encounter a Stalker with a wagon filled with walkers. The Stalker is identified as Sage, one of the influential members of Arno’s group. When Arno gets shot in his palm by Paul, Sage takes him to their camp. Arno, after realizing the need for the Tower for safeguarding his community, tells Sage that they will conquer Victor’s haven. In the eleventh episode of season 7, Arno and Sage team up to find weapons for their war against Victor, only to witness startling consequences. So, what happens to Sage? Is he dead? Let’s find out! SPOILERS AHEAD.

Yes, Sage is dead. When Arno realizes that a war against Victor for the Tower is essential, he starts to build an army that can challenge the might of the latter. He abducts Daniel, Luciana, and Wes to find out the coordinates of a weapon stack found by Dwight. Daniel, who aspires to find his dead daughter, asks for Ofelia in return for the coordinates. Arno accepts the deal even though he cannot revive a dead person for Daniel and locks up the trio under the watch of Sage. Daniel pretends to be ill when half of Arno’s troops leave for the fake location he gives to find the weapon stack.

Sage enters the lock-up, only for Daniel to hold him at knifepoint. Daniel asks Sage to lead him to Ofelia despite the latter’s insistence that she isn’t in the camp. Daniel searches a yacht in the camp and realizes that Arno was lying. Infuriated, he expresses his anger by slitting the throat of Sage, killing him. Sage is the victim of the trick Arno pulls on Daniel to find the weapons ahead of Morgan. His aspiration to defeat Victor makes Arno lie to Ofelia’s father, whose vulnerable mind fails to register his daughter’s death, which paves the way for Sage’s death.

As far as the future of the Stalkers is concerned, Sage and Arno’s deaths lead their community to a standstill. In the absence of the leadership of the duo, the Stalkers get forced to join Alicia and Morgan’s army to seize the Tower. Since Sage is killed, the viewers must be wondering whether Jacob Kyle Young did leave the horror show. Let’s take a look at the same.

Yes, Jacob Kyle Young did leave ‘Fear the Walking Dead.’ The actor joined the show as part of the guest cast to portray Sage in three episodes, the latest being the eleventh episode of season 7. Sage’s death completes the character’s arc and concludes Young’s time in the show. Since the series is shifting its focus to Alicia and Victor’s war for the Tower, it is unlikely that flashbacks involving Sage will be part of the narrative of the rest of the seventh season.

Furthermore, the unlikeliness of any character dreaming or having visions of Sage also indicate that we have seen the last of Young in the series. Jacob Kyle Young was part of the guest cast of popular shows like ‘Hollywood’ and ‘Kirby Buckets.’ Although he had parted ways with ‘Fear the Walking Dead,’ we can expect him to be a part of exciting projects in the future.