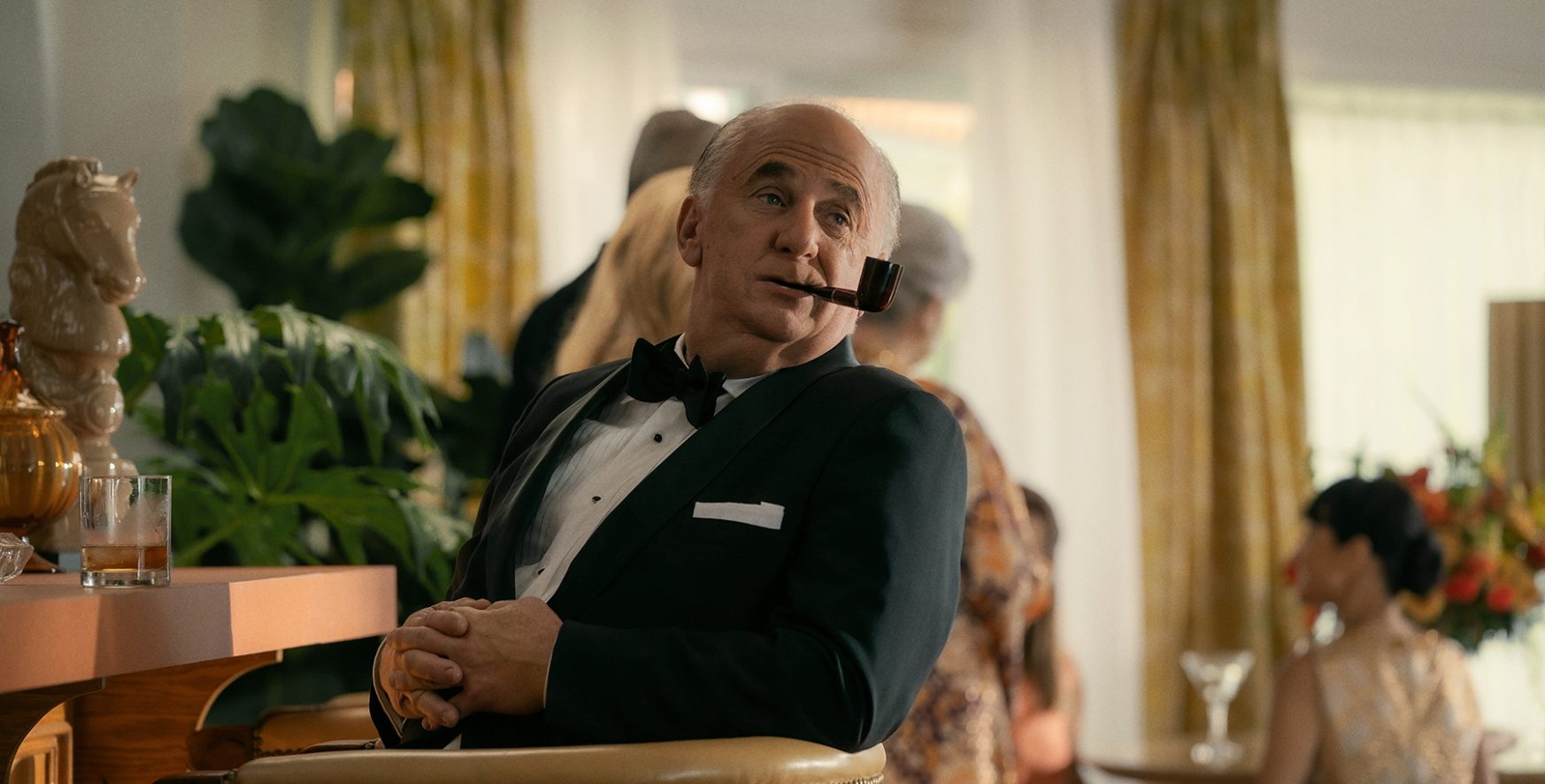 Robbie Pickering’s political thriller series ‘Gaslit’ centers around the true story of Martha Mitchell and her husband John N. Mitchell, against the backdrop of the infamous Watergate scandal. The limited series depicts several untold stories that concern the scandal that happened under the watch of John Mitchell, who was the chairman of President Nixon’s 1972 presidential campaign. Academy Award-winner Sean Penn portrays the former Attorney General of the United States with an unbelievable makeover. Penn’s appearance in the show has perplexed his fans, especially due to his makeup. On that note, let us share everything you need to know about the actor’s unrecognizable appearance!

Yes, Sean Penn is wearing prosthetics in ‘Gaslit’ for his portrayal of John N. Mitchell. The actor showed immense dedication to resemble the appearance of John Mitchell in the early 1970s. Academy Award-winning makeup artist Kazu Hiro, who collaborated with Gary Oldman for his performance as Winston Churchill in ‘Darkest Hour,’ was hired to turn Penn into Mitchell. Using platinum silicon, Hiro made pieces of nose, cheek, chin, and neck for the actor to wear for the role. Penn reportedly had to patiently wait about two and a half hours to wear the prosthetic pieces every production day.

“This makeup is taken to da Vinci level kind of artistry that is now part of actors’ tools boxes if they chose to use it. It takes you a long way,” Penn told ET Online. The actor’s commitment to his character was well-appreciated by his co-star Julia Roberts, who portrays Martha Mitchell. “He [Penn] has to wear [it] and he has to make it real. He was so patient with it. He was never hot or itchy or [saying,] ‘Get this off me.’ He was always present,” Roberts added in the same interview.

Penn’s professionalism and commitment astounded series creator Robbie Pickering, who was initially worried about the actor’s prosthetics. “I was concerned because I didn’t want the show to be like some period pieces, which are wig spectaculars and the prosthetics show,” Pickering told Vanity Fair. “I was astounded because I couldn’t see where the seams in it were—where Sean’s face began and John Mitchell’s face ended and vice versa. It also retained the humanity and warmth in Sean’s face, which is his most underrated quality as an actor,” the creator added.

However, the quality of Penn’s appearance and performance is not limited to the prosthetics he wore. The actor succeeds in bringing out the nuances of his character incredibly with the help of his makeup wear. As one of the best actors of his generation, Penn is aware of how to make use of transformations to his advantage rather than limiting himself to them. The appearance of Mitchell in ‘Gaslit’ isn’t the first time the viewers have been stunned seeing the actor’s transformation. His appearance in ‘The Gunman’ as Jim Terrier is another example of his resolution to do justice to his roles.

In modern-day, prosthetics and other makeup wear or techniques play a significant part in enhancing acting performances. The prosthetics Jessica Chastain wore for her Academy Award-winning performance in ‘The Eyes of Tammy Faye’ is another example of the same. As Penn rightly noted, it does enhance actors’ performances incredibly.