Is The Family Stone Based on a True Story?

Directed by Thomas Bezucha, ‘The Family Stone’ is a light-hearted family movie that centers on the Stone family. When Everett brings his soon-to-be fiance, Meredith, to be with his family for Christmas, she feels like a misfit. What follows is a classic case of silly misunderstandings, funny and awkward incidents, which makes everyone uncomfortable about the new person in their house. Soon, a few shocking things come to light, making Everett and Meredith discover a reality they are scared of.

‘The Family Stone’ has numerous tropes of a holiday rom-com that the audience can watch with their families. The overall story is heartwarming, and the relationships between characters are relatable. The characters seem flawed and lost, making the tale more grounded and authentic. It makes the audience wonder if the movie is rooted in reality. Well, look no further, as we’ve got you covered.

Is The Family Stone a True Story?

‘The Family Stone’ is partially based on a true story. Writer-director Thomas Bezucha was inspired by real-life incidents to write the film’s core premise of Meredith trying to fit into the family and its traditions. In a conversation with Entertainment Weekly, Thomas Bezucha explained how a simple incident between his sister and her boyfriend’s family inspired him to write ‘The Family Stone.’ He said, “My sister [was] dating someone, and the family didn’t think it was a great match.” 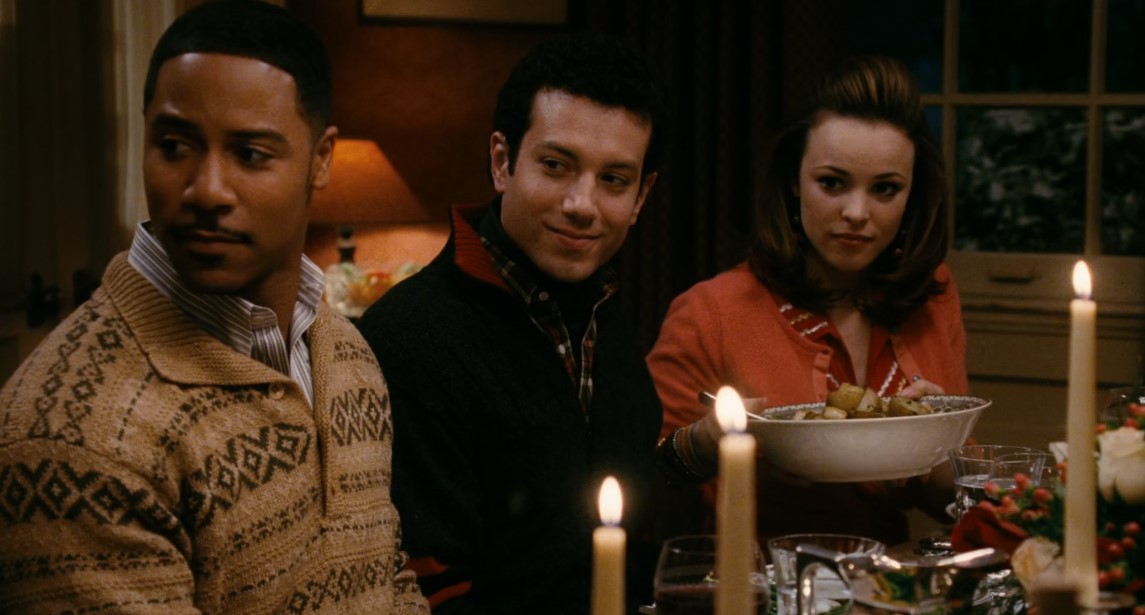 Originally the film was going to be called, ‘I F***ing Hate Her,’ but at that point, Ben Stiller’s ‘Meet the Parents’ came out. After a few years and iterations, Thomas Bezucha finally made the movie, ‘The Family Stone.’ Besides Meredith’s arc, numerous other elements seem so close to reality, immersing the audience in the film. For instance, Everett and Sybil’s relationship is imperfect and complex. They are in different phases of their lives, going through different circumstances. Thus, their perspectives on a specific matter differ, causing a rift between them.

How Everett and Sybil work through their problems and find a way, to have each other’s back stirs several emotions within us. Besides complex familial relationships, ‘The Family Stone’ also touches on important subjects such as race and sexual orientation. These become conversation subjects at the dinner table, which feels progressive and organic. Thad Stone, one of Sybil’s sons, is a gay man everyone in the family loves. Bezucha ensures no character sounds woke for the sake of it and instead normalizes inclusivity.

At the dinner table, the family doesn’t speak about sexual orientation in an idyllic and political manner. Instead, they have nostalgic conversations and recall what it was like to find out Thad is gay. The topic of sexual orientation seems to be part of the family’s memories and not a representation of their political stance. The inclusion of such topics makes the movie relevant even today. Thus, to reiterate, ‘The Family Stone’ is partially based on the director’s experience and draws from real-life nuances to tell a story of love, loss, and companionship.

Read More: Is Thad from The Family Stone Deaf in Real Life?