Last Night in Soho: Everything We Know 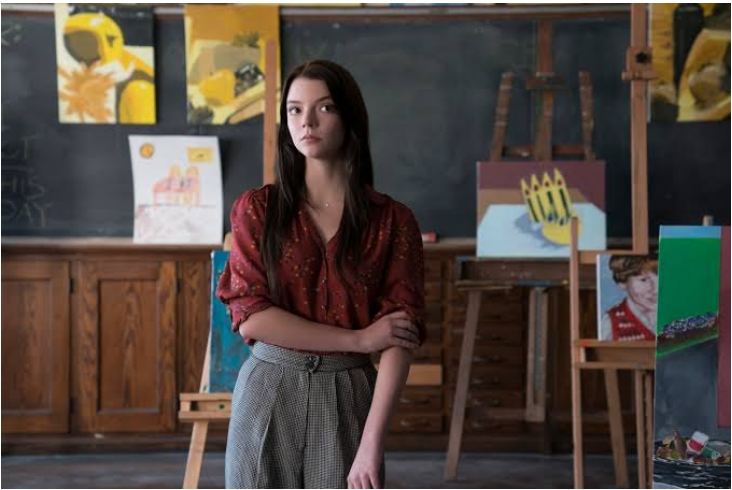 Science fiction and horror have proven to gel well with each other before. Just think of the story of Frankenstein or any eerie, dystopian tale and you shall know what we are talking about. But time travel and horror? Now that is unique! The British filmmaker, Edgar Wright presents this distinctive combo with his upcoming movie, ‘Last Night in Soho.’

The film is reportedly a psychological horror film. Hence, we can expect some shocking twists. Continue reading for more details about the movie, like its plot, cast, crew and release date.

Last Night in Soho Plot: What is it About?

‘Last Night in Soho’ is an inventive infusion of the time travel story. The movie’s writer and director, Edgar Wright is not new to the practice of combining popular genres. The best example of this is his ‘Three Flavours of Cornetto’ trilogy: a trilogy of parodies that features a different flavor of Cornetto ice-cream in each of the movies. It began with ‘Shaun of the Dead’ which is a “rom-zom-com” or a romantic zombie comedy, followed by ‘Hot Fuzz,’ a buddy cop comedy and finally, ‘The World’s End’ which is a science fiction comedy.

‘Last Night in Soho,’ on the other hand (not a part of the ‘Three Flavors of Cornetto’ trilogy) follows a young, wanna-be fashion designer named Sandy. When Sandy is mysteriously able to transport herself to London of the 1960s, she begins to enjoy it as she gets to encounter her idol: a singer. However, things are not what they seem and her joyous trip down the lane of time turns dreadful when time itself starts to “fall apart with shady consequences.”

Last Night in Soho Cast: Who is in it?

The movie’s cast is led by the Birtish-Argentine actor, Anya Taylor-Joy. Just like Wright isn’t new to genre mixing, Taylor-Joy is not new to horror. Her most prominent project till date has been the indie horror movie, ‘The Witch’ which was lauded by critics with significant amounts of praise being levied on the actress’ performance too. Moreover, Taylor-Joy also stars in M. Night Shyamalan’s trilogy, ‘Unbreakable’ where she plays Casey Cooke and appears in the movies, ‘Split’ and ‘Glass.’ Moreover, she won the reputed Trophee Chopard at the Cannes Film Festival, an award which recognizes emerging talent.

Moreover, the 19-year-old actress, Thomasin McKenzie can also be seen in a leading role in ‘Last Night in Soho.’ The New Zealand actress is most widely regarded for her portrayal of Tom in the drama film, ‘Leave No Trace.’

Furthermore, Matt Smith is also a member of the movie’s cast. He is best known for playing the eleventh Doctor in ‘Doctor Who.’ Plus, he also essays Prince Philip’s character in the Netflix series, ‘The Crown.’ Having started his career with theater, Smith also stars in ‘Terminator: Genisys.’

Moreover, the prolific English actress, Diana Rigg portrays the character of Miss Collins in ‘Last Night in Soho.’ Recently, she is known for playing the matriarch, Olenna Tyrell in ‘Game of Thrones.’ A few prominent movies that she has been a part of include the James Bond movie, ‘On Her Majesty’s Secret Service,’ ‘Evil Under the Sun’ and ‘The Great Muppet Caper.’

Apart from Rigg, another veteran British actor that is a cast member of ‘Last Night in Soho’ is Terence Stamp. Stamp has been acting since 1962 and has starred in more than 60 movies. Stamp was nominated for an Oscar for best Supporting Actor for his debut movie, ‘Billy Budd’ itself. Moreover, he played the villain, General Zod in ‘Superman I’ and ‘Superman II’ which had been released in 1978 and 1980 respectively. Of late, he has prominently appeared in ‘Get Smart’ and ‘Miss Peregrine’s Home for Peculiar Children.’

Last Night in Soho Crew: Who is Behind it?

As mentioned earlier, ‘Last Night in Soho’ is filmmaker, Edgar Wright’s next project. Wright is known for his iconic filmmaking style which is characterized by extensive usage of background music, quick plotting and recognizable editing techniques. He serves as the director and the co-writer for the movie. Krysty Wilson-Cairns has co-written the movie along with Wright. She is known for serving as a staff writer for the final season of ‘Penny Dreadful.’

The South Korean filmmaker, Chung Chung-Hoon handles the cinematography for ‘Last Night in Soho’ while Paul Machliss has edited it. Machliss has worked with Wright before, for the movies ‘Baby Driver’ and ‘The World’s End.’ Moreover, he has worked on television series such as ‘The I.T. Crowd’ as well.

Last Night in Soho Release Date: When Does it Premiere?

‘Last Night in Soho’ is scheduled to release on September 25, 2020. If one considers Edgar Wright’s previous movies as yardsticks to measure how good ‘Last Night in Soho’ will be, rest assured that it is going to be an absolute treat. Wright’s movies have consistently managed to nail that sweet spot which impresses both critics and audiences alike.