Is The Laundromat Based On a True Story: Explained 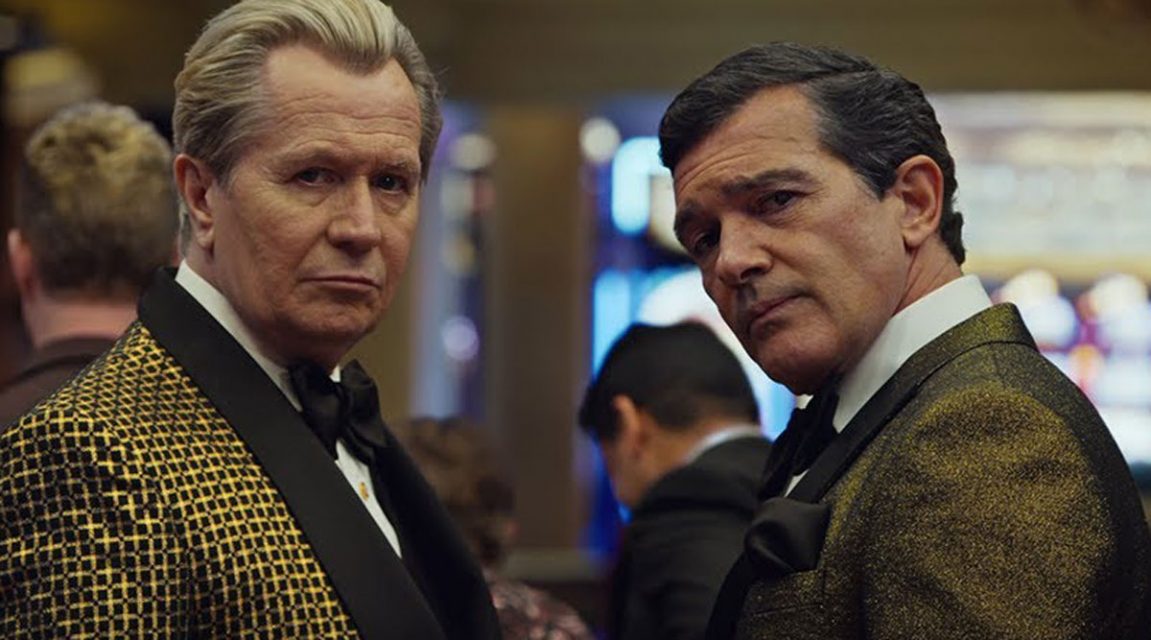 ‘The Laundromat’ is Steven Soderbergh’s latest Netflix movie that boasts of an amazing cast and an even more fantastic story. The 2019 biographical comedy-drama tells the story of Ellen Martin (Meryl Streep), who finds her life turned upside down after her husband dies in a boat accident. Unable to get a financial settlement for the horrific incident, Ellen goes down a rabbit hole that exposes her to a world of tax fraud, money laundering, and shell companies, whose aim is to make the rich people of the world even richer and less accountable.

At the heart of all this is the law firm of Mossack Fonseca. The lawyers themselves, played by Gary Oldman and Antonio Banderas, serve as the unreliable narrators in the episodic film. They walk us through the truths about shell companies and tax evasion, as Soderbergh tries to take ‘The Big Short‘ approach in his movie. Through short stories, which are described as fairy tales that actually happened, we understand the reach and effect of Mossack Fonseca, and how common people were hurt by their actions.

Soderbergh’s tale is a mixture of fact and fiction, wrapped neatly in the director’s characteristic stylish approach and refined polish. By the end of the movie, you might be left wondering about how much of ‘The Laundromat’ is true and whether the film is based on a true story. Read on to find the answers to all your questions.

The Laundromat and the Panama Papers: A Truth That Shocked The World

First off, ‘The Laundromat’ is based on Jake Bernstein’s non-fiction book titled ‘Secrecy World: Inside the Panama Papers Investigation of Illicit Money Networks and the Global Elite’. What are the Panama Papers, you ask? Well, the Panama Papers are 11.5 million leaked documents that detail the financial and attorney-client information of over 214,488 offshore entities. The documents date back to the 1970s and were created by, as well as taken from Mossack Fonseca, the law firm and corporate service provider. Connected to over 200,000 accounts, these documents prove that many of the firm’s clients were involved in tax evasion and illegal activities.

The leak first happened when the German newspaper Süddeutsche Zeitung received the documents. They turned it over to the ICIJ (International Consortium of Investigative Journalists), who pored over the documents for over a year, before the findings of the leak were made public in April 2016.

An individual calling himself John Doe initially made the leaks, saying, “I decided to expose Mossack Fonseca because I thought its founders, employees, and clients should have to answer for their roles in these crimes, only some of which have come to light thus far. It will take years, possibly decades, for the full extent of the firm’s sordid acts to become known.” You can read the entire manifesto justifying the leak of information, here. Notably, before the Panama Papers leak was published in the news, Vice ran an article on Mossack Fonseca in 2014 about how far the tendrils of this law firm reached into the world.

Now that you know what the Panama Papers are, you must be asking yourself about what they detail. Well, they detail how a lot of people were getting away with tax evasion and other illegal activities. Setting up shell companies itself is legal, but what some individuals were doing with these shell companies did not leave them smelling like roses when the Panama Papers were leaked. There were obviously others who went to Mossack Fonseca to keep their money secure. Of course, the entire scope of what the Panama Papers show must be difficult for a layman. If you want a simple analogy, head here and read the Reddit post by DanGliesack to understand how the accounts were used and misused.

The Panama Papers Fallout and Consequences

After the Panama Papers were leaked, there was a massive fallout as several key political figures were caught in the scandal. Famous personalities like sports stars and entertainment industry behemoths were no exception. In fact, the Prime Minister of Iceland was forced to step down, as was the Prime Minister of Pakistan.

However, the most famous political figure tied to the leaks is Vladimir Putin, who apparently helped enrich his family and associates. Sports stars like Lionel Messi and Tiger Woods’ names have come up, while names from the entertainment industry include the likes of Emma Watson, Pedro Almodovar, Stanley Kubrick, and Aishwarya Rai. Notably, Watson has protested that she merely set up an offshore account for security purposes.

On a sadder note, Daphne Caruana Galizia, an investigative reporter who worked on the Panama Papers, was killed in 2017 in a car bombing. Reports suggest that she had found links tying offshore wealth to the Maltese Prime Minister’s inner circle.

As for Mossack Fonseca itself, the firm was fined for regulatory and legal infringements in 2016, while the founders were arrested in 2017. In 2018, the firm closed down. Mossack and Fonseca are still awaiting trial and have been denied bail since they are both considered to be high flight risks. Interestingly, Netflix has been sued by the duo for Soderbergh’s movie, which apparently portrays them in a defamatory light. Neither the streamer nor the director seem to have taken the lawsuit too seriously.

Does The Laundromat Actually Show The Panama Papers Leak? 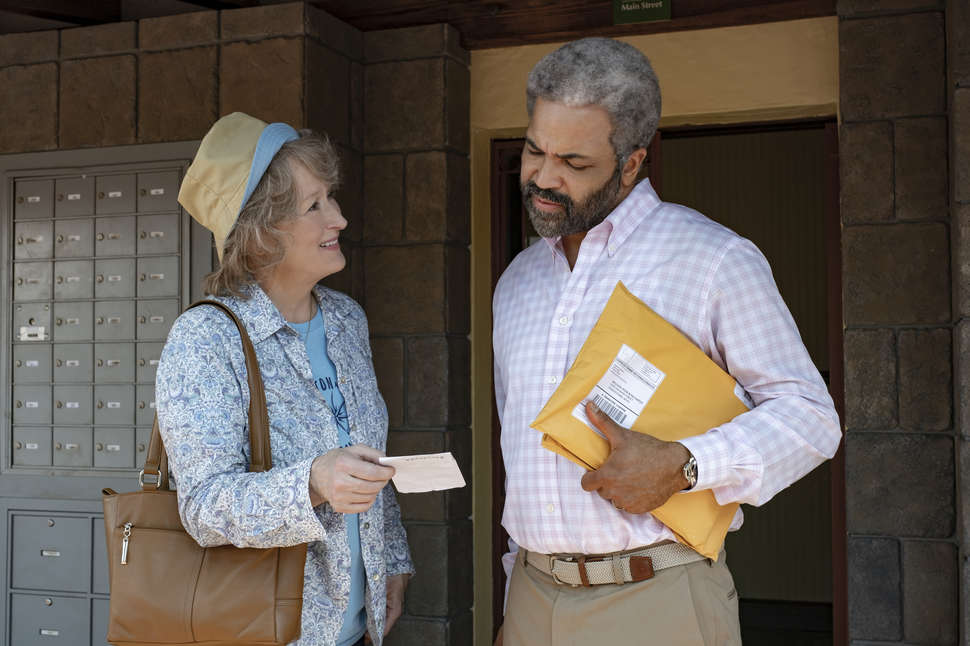 While the Panama Papers leak is very much at the heart of ‘The Laundromat’, the movie only deals with it sparingly. Soderbergh seems to have made a film that is intended to warn viewers about tax evasion and teach them how shell companies work. The mention of the anonymous leak comes towards the end of the film as Mossack and Fonseca wonder who could have it in for them. As far as the journalistic investigation of the leak is concerned, Soderbergh brushes that aside because one journalist is shown turning down the story since it lacks a local angle.

That being said, Soderbergh tries to capture the essence of what Mossack Fonseca did and how it hurt ordinary people. Thus Streep’s character represents the ordinary person whose livelihood is affected due to the actions of the firm. Soderbergh decides to follow the money, like ‘All The President’s Men’, but shies away from making it a movie about investigative journalism and a secret source. On that note, the source as revealed in ‘The Laundromat’ is fictional because the actual John Doe has not yet stepped forward to claim responsibility for the leak.

The Laundromat: The Real Characters and Real Life Incidents

‘The Laundromat’ is ultimately based on a true story. Thus some of the characters and incidents in the movie are very real. Firstly, we have Jürgen Mossack and Ramón Fonseca, the lawyers who act as our hosts in the movie. Despite being based on real-life characters, who are now in prison and suing Netflix, Soderbergh has portrayed the duo more like caricatures than as flesh and life characters. Perhaps, this is to make their narrative more entertaining.

Unfortunately, Streep’s character is not real, but the boat accident that disrupts her life is very real. It is based on the 2005 sinking of the Ethan Allen in Lake George, which killed 21 people. The authorities investigated the questionable re-insurance policy. In the movie, Ellen Martin carries out this investigation, which leads her to Malchus Irvin Boncamper. Played by Jeffrey Wright in the movie, Boncamper is a real-life person who was involved in shady deals and ultimately pled guilty to money laundering in 2011. He was arrested, prompting Mossack Fonseca to try and erase his existence from the company records, but time caught up with the firm.

Soderbergh’s China-based story also happens to be based on true events. He shows Gu Kailai and a female aide poison a man, Maywood, for his continuing threats to implicate Gu’s husband in a scandal. In real life, Gu did kill a man named Neil Haywood, with the help of a male aide. In fact, the reality is more bizarre than fiction, because Gu ended up sending her double to trial, a practice that is known as ‘Ding zui’. However, Soderbergh leaves out this detail in his movie.

In conclusion, ‘The Laundromat’ is very much based on a true story that explores some real-life incidents in a fictionalized manner. The movie attempts to strip down the complicated Panama Papers and reduce them to bullet points so that the viewer walks away with increased awareness about tax evasion and how shell companies work. Despite being a shorter version of the actual scandal that sent shockwaves through the world, ‘The Laundromat’ manages to be informative and educational, tying the events of the film to the eventual paper leaks that exposed the truth of Mossack Fonseca to everyone.