Legally Blonde 3: Everything We Know 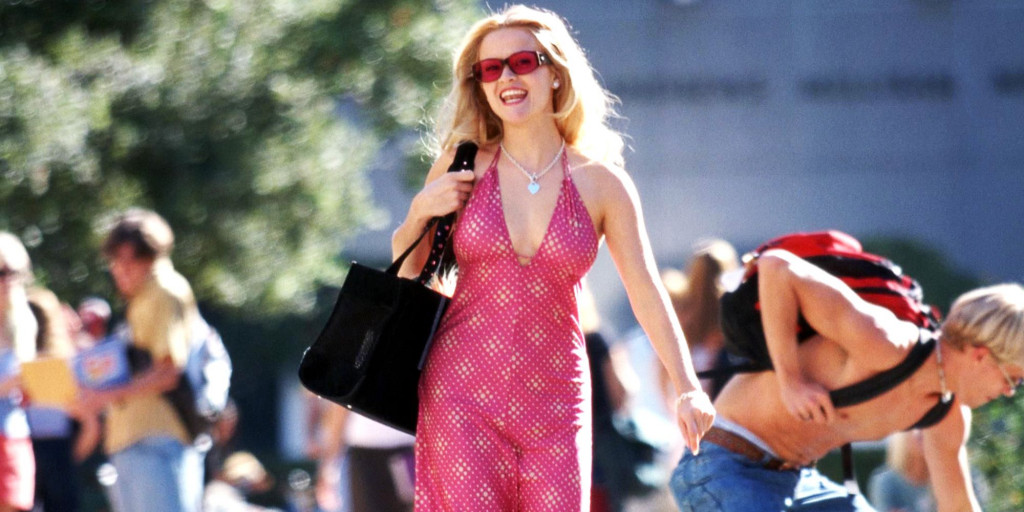 In 2001, viewers were bowled over by Reese Witherspoon’s portrayal of a sorority girl taking on law school with her self-belief and determination in ‘Legally Blonde.’ It was goofy, light-hearted and some may even call it silly. But the movie was undoubtedly loved by millions of people who viewed it as a form of quality escapist fiction. The success of the movie (it raked in $141.8 million internationally) led to a couple of sequels, a spin-off and a reality television series making it a franchise. News of a third cinematic installment has been running the rounds in media for quite some time now, since 2013.

However, in June, 2018, fans were overjoyed to get actual confirmation of the ‘Legally Blonde 3’ in a stylish fashion by Witherspoon. She posted an Instagram video of her relaxing in a bikini on a float, in her swimming pool with the caption, “It’s true…#LegallyBlonde3.” This post was enough to resurrect media speculations about the sequel. However, Witherspoon has warned passionate fans that “It’s just a development project right now, so we’ll see.”

The first movie presented a very relatable tale filled with cheesy humor, tons of enjoyable melodrama but a warm message. While ‘Legally Blonde’ and all the other movies of the series aren’t viewed as critically acclaimed masterpieces, they are compared to the Marvel movies in terms of appeal.

What this means is, that while they might be criticized for being candy-coated and cliched, they are undoubtedly enjoyed by a large chunk of viewers. Judging the ‘Legally Blonde’ franchise through reviews by critics is kind of like hearing Scorsese compare Marvel movies to a theme park. His comment is somewhat true from where he is coming from and the kind of art that he produces, but it still does not change the fact that popular movies that are universally enjoyable often tend to be less nuanced, complex and serious. That should not mean that commercial movies, or theme parks ought to be judged poorly because there is a reason that people enjoy them.

Read below to find out everything that we know about ‘Legally Blonde 3’ so far.

Legally Blonde 3 Plot: What is it About?

Not much information regarding the third installment has been released in. So, we are unaware about what the third movie is going to be about. The project is still in its development phase, so the plot might not even be fully prepared up until now. The 2001 movie, ‘Legally Blonde’ revolves around the sorority girl, Elle Woods who gets dumped by her boyfriend for a smarter girl. In order to teach him a lesson, she gets enrolled in Harvard Law School where he is a student.

The sequel, ‘Legally Blonde 2: Red, White and Blonde’ shows Woods being engaged of Emmett, a guy she met in college in the first movie. However, she postpones her wedding plans to fight for a bill that bans animal testing. In 2009, a spin-off titled ‘Legally Blondes’ was released and it portrayed different characters. In this movie, Woods’ cousins, Annie and Izzy were the movie’s lead characters. The movie was about the duo using their wit to clear their names from a crime that they were wrongfully framed for.

Legally Blonde Cast: Who is in it?

The only actor that can be expected to star in the third movie with confirmation is Reese Witherspoon. The Academy award-winning American actress played the lead character in the first two editions of the franchise and has become synonymous with the series. Among the highest paid actresses in the world, Witherspoon was also named in one of the 100 most influential people in the world list by Time magazine in 2006 and 2015. She has appeared in projects like ‘Big Little Lies,’ ‘Walk the Line’ and ‘Sweet home Alabama.’ She also founded the production company, Hello Sunshine which has produced movies like ‘Gone Girl’ and ‘Wild.’

Witherspoon has said that there are several actors from the series that she would like to work with again including Jennifer Coolidge, Luke Wilson and Selma Blair. Coolidge is an American actress who plays Paulette Bonafonte in the ‘Legally Blonde’ movies. Of late, she is known for playing Sophie on the sitcom, ‘2 Broke Girls.’ On the other hand, Luke Wilson essayed the character of Emmett Richmond in the first two movies. Emmett is the guy that Witherspoon’s character eventually ends up with at the end of ‘Legally Blonde.’

Legally Blonde Crew: Who is Behind it?

Metro-Goldwyn-Mayer has been in talks to carry the franchise. They pointed out that Reese Witherspoon will return to the series but no additional details have been announced. Hence, we cannot tell who is directing, writing or editing the movie. However, Witherspoon will also don the producer’s hat for the upcoming movie, like she did with ‘Legally Blonde 2’ and ‘Legally Blondes.’

Legally Blonde Release Date: When Does it Premiere?

The movie was originally aiming for Valentine’s Day release in 2020. However, it has been pushed back to a scheduled release date of May 8, 2020. This still might be pushed back further since the project has been moving at a rather sluggish pace. We do hope that it stays on track though and enters production in full swing soon. Fans of the series will certainly be hoping so too. But apart from them, if you are someone who enjoys the occasional sugar candy movie, you should watch out for more developments too.