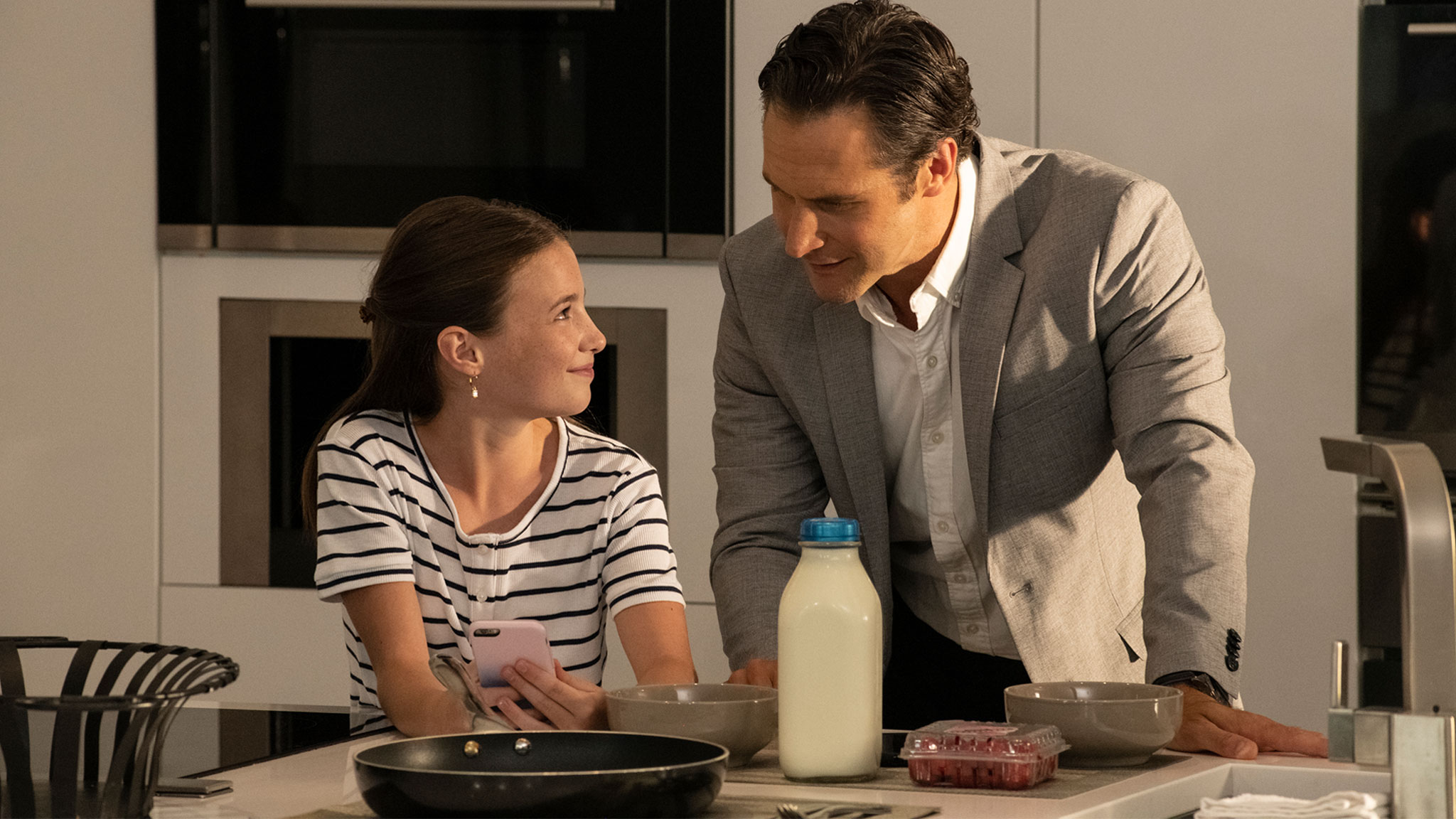 Directed by Curtis Crawford, Lifetime’s ‘Daddy’s Perfect Little Girl’ is a drama film that follows Sienna, a young girl whose mother is sent to a psychiatric institution. She is adopted by Henry and his wife, who give all the love that Sienna deserves. Unfortunately, her adoptive mother tragically passes away during one of their holidays. Her growing obsession with Henry becomes a mania, and her jealousy begins to dominate her relationship with others.

With her biological mother about to be released from the psychiatric care facility and Henry’s growing bond with his new girlfriend’s son, Sienna becomes disingenuous and deceitful to ensure that she is always by her perfect father’s side. The drama that unfolds in the movie can get viewers hooked to the very end. It may also arouse curiosity about the origins of the story, the film’s cast, and other details. In case you find yourself thinking similar questions, well, we have got you covered.

‘Daddy’s Perfect Little Girl’ was filmed entirely in Ontario, Canada. The east-central Canadian province is the economic hub of the country. The province is famous for its fascinating forests, Niagara Falls, the Great Lakes, and the vast provincial parks. The natural diversity of Ontario is complemented by its cultural diversity.

The tradition of tolerance of other traditions and cultures has led to a significant influx of people of different religions and ethnicities to the province who feel safe in a politically divided world of growing intolerance. Shooting for the drama film was limited to a few locations, so without wasting any more time, let’s have a look at them.

The principal shooting for the movie was done in and around locations in Toronto. The filming took place amid the global coronavirus pandemic, and the production was done with all the COVID-19 safety norms. Although the city hosts the production of numerous domestic and foreign television and movie projects, the pandemic caused a lot of problems for the entertainment industry. Having said that, when it comes to screen-based production, Toronto is one of the biggest centers in North America and has been a sought-after filming destination over the years. It also seems as though some scenes may have been shot in Ottawa.

Hattie Kragten headlines the drama film by essaying the role of Sienna. You may recognize the Canadian actress from the television series ‘Snoopy in Space’ and ‘The Solutioneers.’ Matt Wells appears as Henry, who has worked in shows like ‘Murdoch Mysteries‘ and ‘Dark Matter.’ Tracy Shreve, who is best known for her roles in ‘Mutant X,’ ‘Fall: The Price of Silence,’ and ‘Partners in Action,’ portrays Cecily Gray.

The Australian actress Heather Mitchell plays the role of Fay Broward. You may recall watching her in ‘Rogue,’ ‘The Great Gatsby,’ or ‘Muriel’s Wedding.’ Other notable cast members include Sophie Gendron as Gabrielle, Sochi Fried as Larissa Anderson, Michael James Regan as Theo, Ajanae Stephenson as Kinsley Winters, Hayley Festeryga as Skyler, and Noah Davis as Miles Price.

Is Daddy’s Perfect Little Girl Based on a True Story?

No, ‘Daddy’s Perfect Little Girl’ is not based on a true story. It tries to explore the complexities of human emotions using one of the most common themes in popular cultures, i.e., jealousy. The main character is driven by her illogical and senseless desire to protect the perfect image of her father and is intolerant of anyone having any relationship with him. The theme of jealousy has been explored innumerable times, especially in films like ‘My Father’s Other Family,’ ‘Envy: A Seven Deadly Sins Story,’ ‘Rebecca,’ and ‘Dying to Be a Cheerleader.’

The screenwriter Melissa Cassera who has written for television movies like ‘Obsession: Her Final Vengeance,’ ‘Obsession: Escaping My Ex,’ and ‘Her Stolen Past,’ has used it perfectly to weave a fascinating story of obsession and envy that resonates with a lot of viewers. Melissa or other cast members of the movie have not claimed that a real incident inspires the film; it’s safe to assume that the movie is not based on a true story.