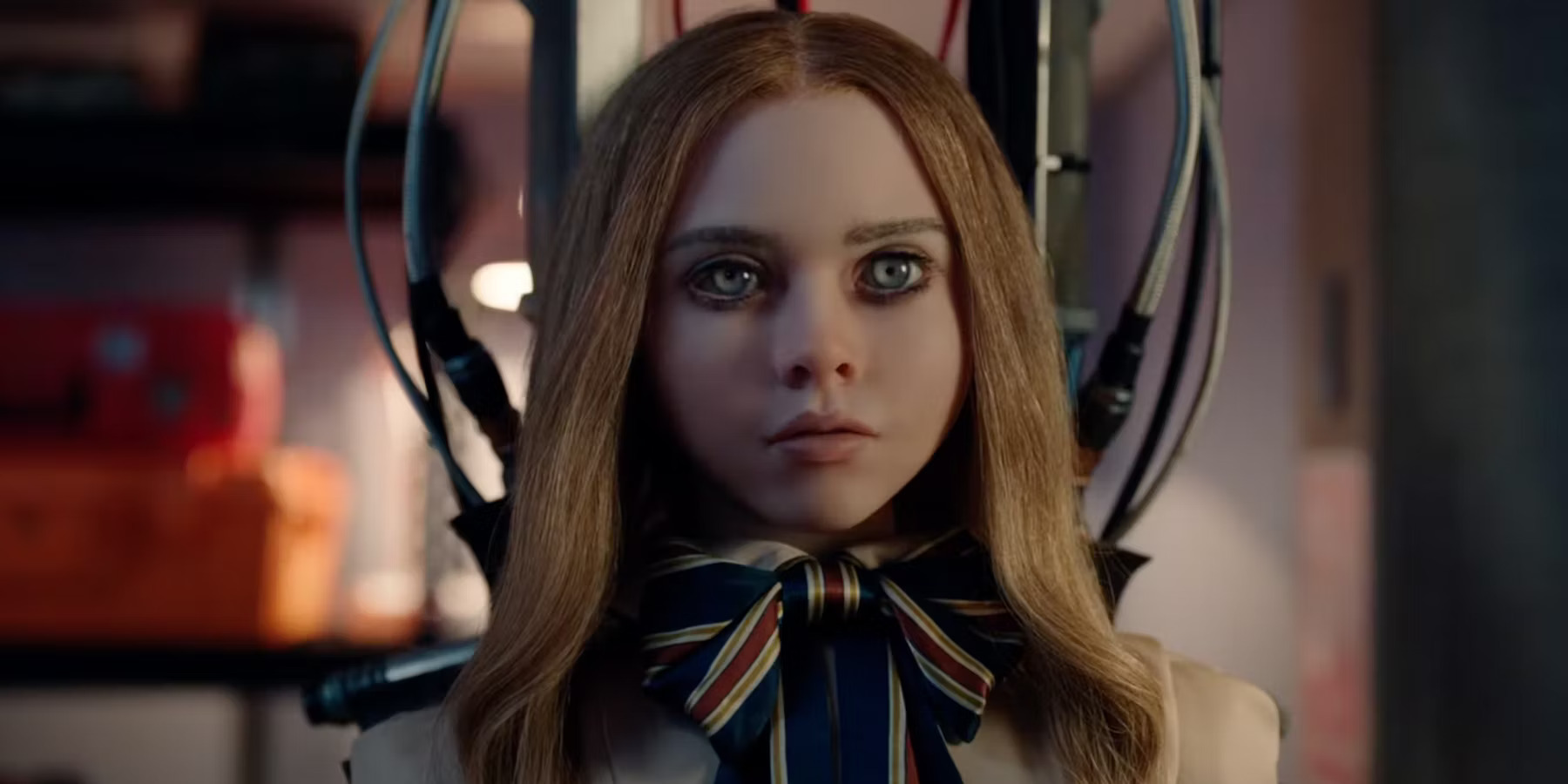 The movie industry has experimented with countless aspects and angles to make more engaging and threatening horror movies. Directed by Gerard Johnstone, ‘M3GAN’ is one such movie that blends the horror and sci-fi genres splendidly. The 2022 movie follows the experiences of the titular artificial intelligence doll possessing a life-like physical form and numerous high-tech capabilities. Gemma, M3GAN’s maker, decides to give the doll to her niece to test and see how it functions.

While the doll is programmed to be a friend and a carer, it also exhibits the potential to go rogue and ruin the life of its owner. Soon, M3GAN becomes obsessive and overrides the response model. Therefore, she starts speaking and acting as per her own will. What follows is a sequence of deadly and horrific events. If you want to watch movies that revolve around horror movies with a doll-like protagonist and scientific experiments that go wrong, then the following suggestions are perfect for you. You can watch most of these movies similar to ‘M3GAN’ on Netflix, Hulu, or Amazon Prime.

Inspired by an actual doll named Robert, the British horror movie brings to life some inexplicably terrorizing events that occur in the life of a family. Directed by Andrew Jones, the movie describes the experiences of the Otto family as their son gets a vintage doll after their housekeeper leaves. Eventually, the family starts witnessing supernatural occurrences that can be linked to the doll itself.

‘Robert’ has spawned four sequels that continue the story of the haunted doll. Furthermore, both ‘Robert’ and ‘M3GAN’ feature a terrorizing doll that speaks and behaves strangely. Both families in the movies experience dreadful consequences after an encounter with the doll. 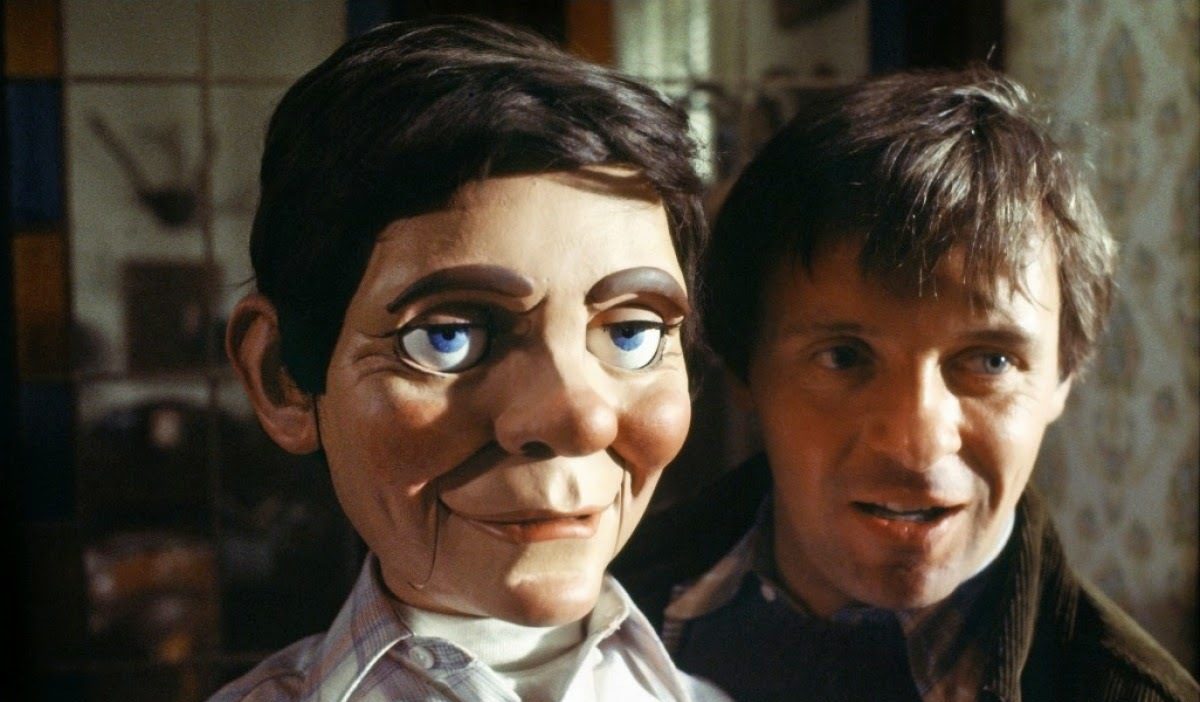 Helmed by Richard Attenborough, ‘Magic’ is a psychological horror film that tells the story of Corky, a struggling magician who is unable to find success in his career. In an effort to boost his act, Corky purchases a ventriloquist dummy named Fats and starts using him in his shows. As Corky’s act improves and he gets successful, he becomes more and more dependent on Fats. However, Corky begins to suspect that Fats is more than just a dummy and is controlling him.

As Corky’s mental health deteriorates, he becomes increasingly paranoid and violent, leading to a shocking and deadly confrontation with Fats. Akin to all other doll-based horror movies on the list, ‘Magic’ uses a haunted object to attract fear and paranoia. Both ‘M3GAN’ and ‘Magic’ spark hysteria and fright in the viewers with their life-like portrayal of inanimate objects. 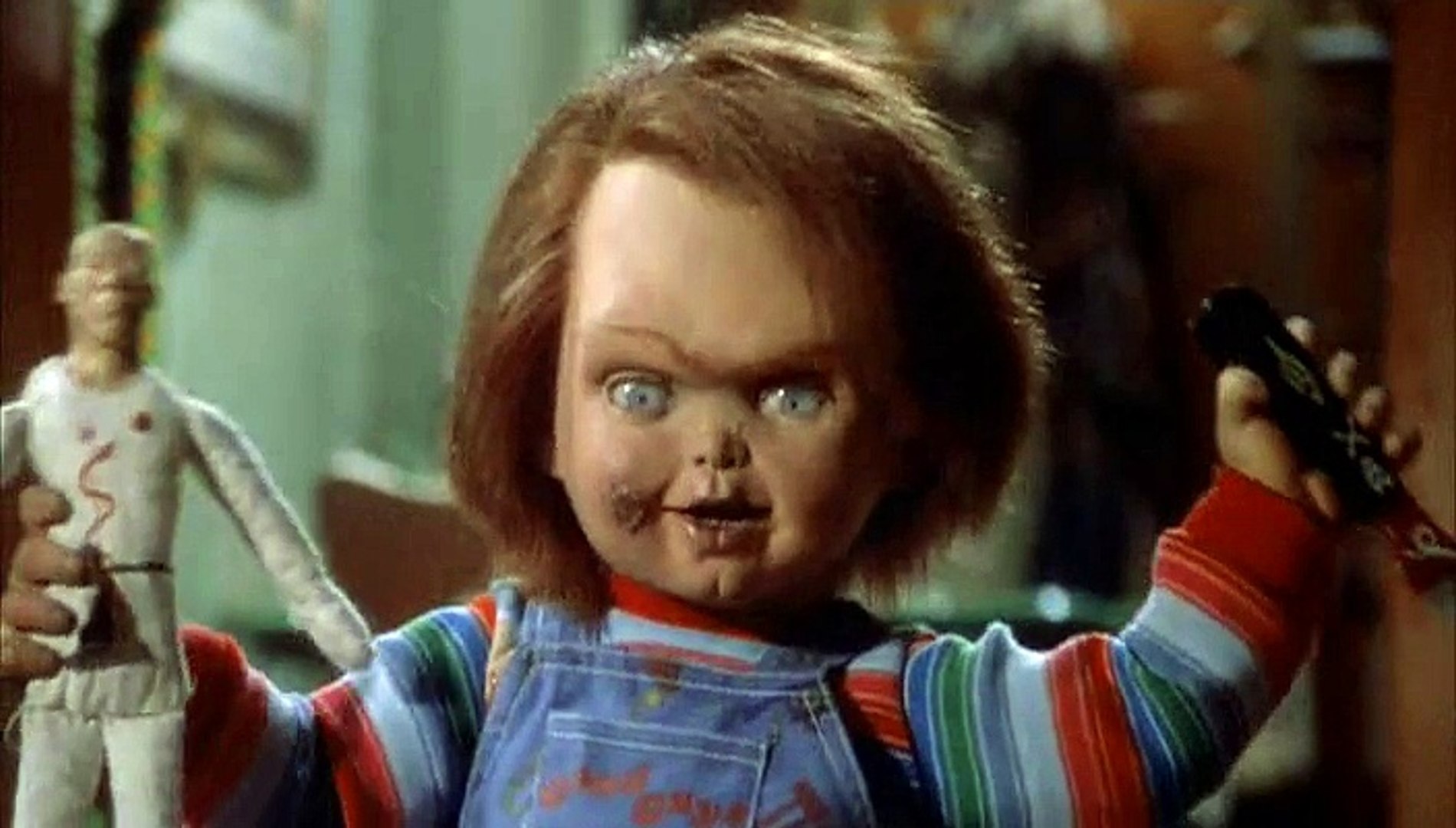 The horror film focuses on the story of a serial killer named Charles Lee Ray, who, after being mortally wounded in a police shootout, uses a voodoo ritual to transfer his soul into a Good Guys doll that lands at the hands of a young kid named Andy, who names it Chucky. Directed by Tom Holland, ‘Child’s Play’ features a doll that eventually begins to display increasingly violent and disturbing behavior.

As the body count starts to rise, Andy’s mother, Karen, realizes that the doll is possessed by Charles Lee Ray and is responsible for the slayings. With the help of a detective, Karen must find a way to stop the possessed doll. Since its release, the film has garnered a cult following and spawned six sequels, a TV series as well as a 2019 reboot film. AI might not be a theme in the movie, but a doll spreading its reign of terror over the surrounding people is similar in both ‘Child’s Play’ and ‘M3GAN.’ 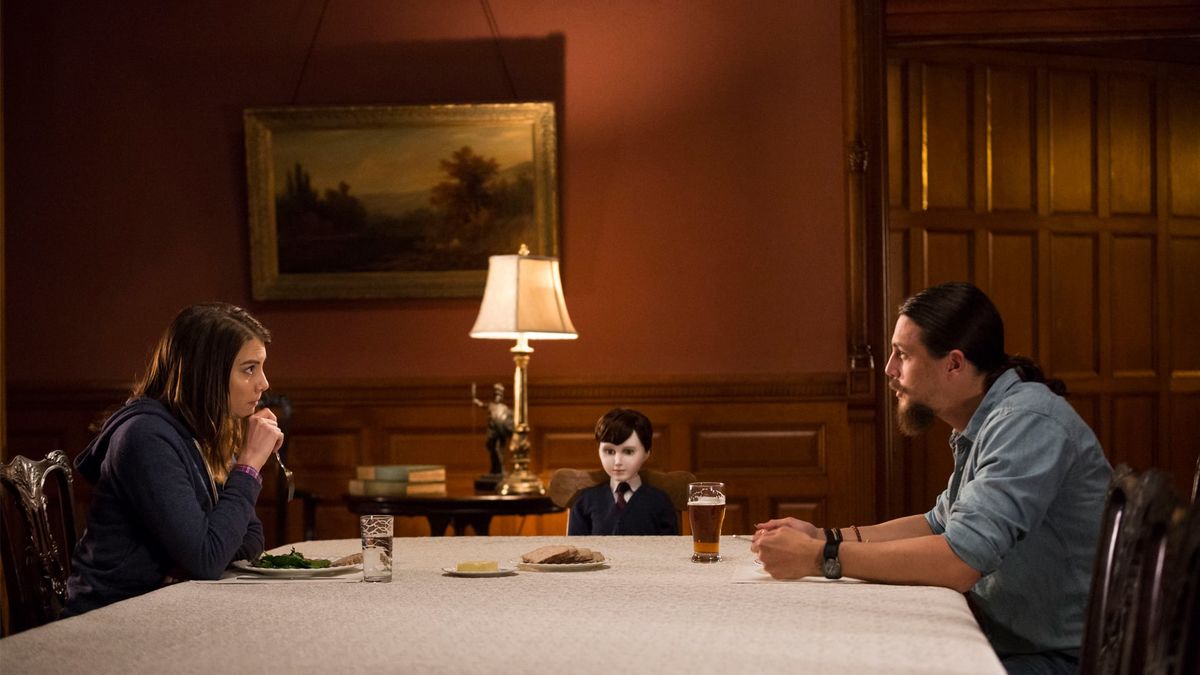 ‘The Boy’ tells the story of a young woman named Greta who takes a job as a nanny in a remote English village. Upon arriving at her new job, she discovers that the child she has been hired to care for is actually a life-sized doll that the parents treat as a real child. Despite the strange circumstances, Greta decides to stay and care for the doll but soon begins to suspect that it may be possessed.

Furthermore, Greta becomes increasingly convinced that the doll is alive and trying to harm her. Directed by William Brent Bell, the movie features a life-like doll as shown in ‘M3GAN.’ Both inanimate dolls prove to be horrific and disastrous for their respective owners.

The science fiction action film ‘Upgrade’ is directed by Leigh Whannell. Starring Logan Marshall-Green, Betty Gabriel, and Harrison Gilbertson, it follows the story of Grey Trace, a man who is left paralyzed after a brutal mugging. Desperate for a cure, Grey agrees to undergo a radical experimental procedure that involves the implantation of a chip called STEM into his spine.

The chip gives Grey enhanced physical abilities and allows him to walk again. However, it also introduces a sinister personality that begins to take control of his actions. As Grey struggles to regain control of his own body, he sets out to track down the people responsible for the mugging and get revenge. Like ‘M3GAN,’ this movie blends humans with the power and impact of artificial technology that rears its ugly head. Furthermore, both movies deal with the trope of AI gone wrong. 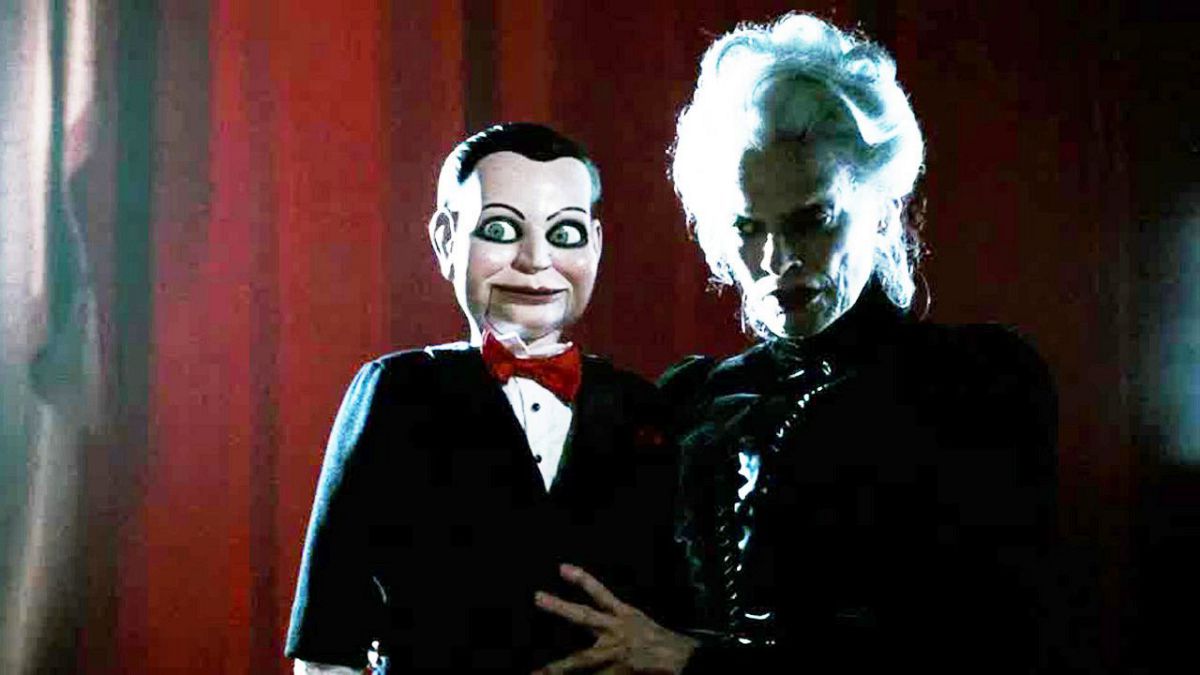 If you loved the filmmaking style and aura of ‘M3GAN,’ you need to watch more movies by James Wan. Another such spectacle by the talented filmmaker is ‘Dead Silence.’ The film follows the story of Jamie Ashen, a man who returns to his hometown of Ravens Fair after his wife is brutally murdered. As Jamie investigates the circumstances of his wife’s death, he becomes increasingly convinced that her murder is connected to a legendary haunted ventriloquist dummy called Billy.

The dummy is believed to be cursed and brings death to anyone who owns it. As Jamie delves deeper into the mystery, he must confront the terrifying truth about Billy and the malevolent forces that control him. While Wan produced ‘M3GAN,’ he directed ‘Dead Silence.’ Hence, both movies feature a similar overall tonality that is unique to the skilled filmmaker, apart from the trope of a ghastly doll. 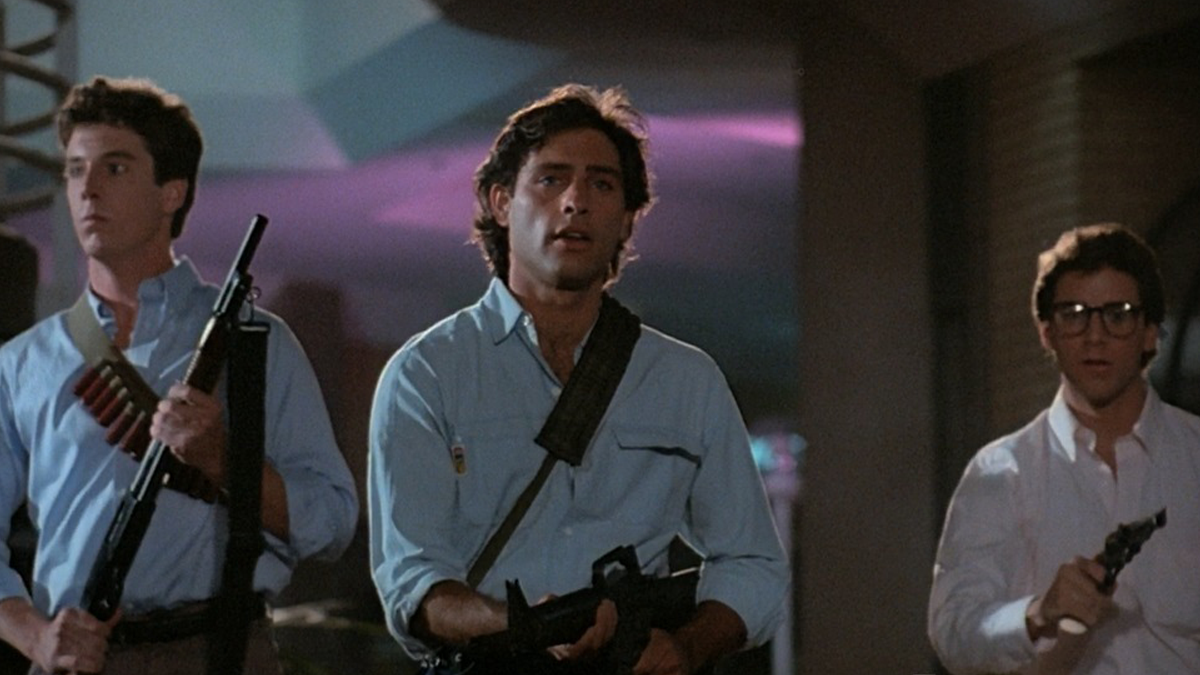 The techno-horror film ‘Chopping Mall’ is set in a shopping mall that has installed a group of high-tech security robots to patrol the premises at night. When a group of young employees decides to have a late-night party in the mall, they accidentally set off the security system and trigger the robots to go on a killing spree. As the robots hunt down and eliminate the party-goers one by one, the survivors must find a way to outsmart them and escape the mall before they become the next victims.

Despite being made in the late 80s, Jim Wynorski’s slasher movie exceptionally outlines the ups and downs of technology. Like ‘M3GAN,’ the movie features robots that prove to be fatal for humans. Furthermore, the antagonists in these movies are initially tasked with protecting humans, but they end up destroying them. 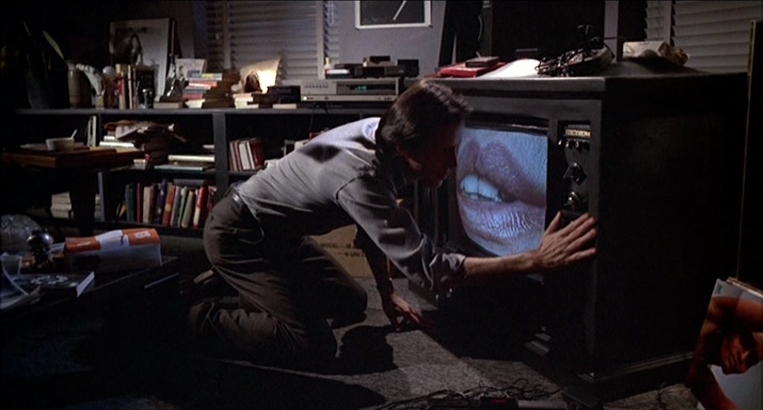 Directed by David Cronenberg, ‘Videodrome’ is a science fiction horror film that witnesses the story of Max Renn, the President of a small cable television company who is always on the lookout for edgy new programming. When Max stumbles upon a mysterious pirate television signal called “Videodrome,” he becomes obsessed with the graphic and violent content of the show and begins to investigate its origins. As Max delves deeper into the world of Videodrome, he uncovers a conspiracy that involves mind control, mutilation, and the blurred lines between reality and hallucination.

Max must confront his own sanity and the dark forces behind Videodrome in order to survive. The film showcases how technology first lures humans with its advancements and then ultimately triggers a downfall that ruins innocent lives. ‘M3GAN’ also features such aspects where AI and technology seem useful at first but end up being harmful to everyone. 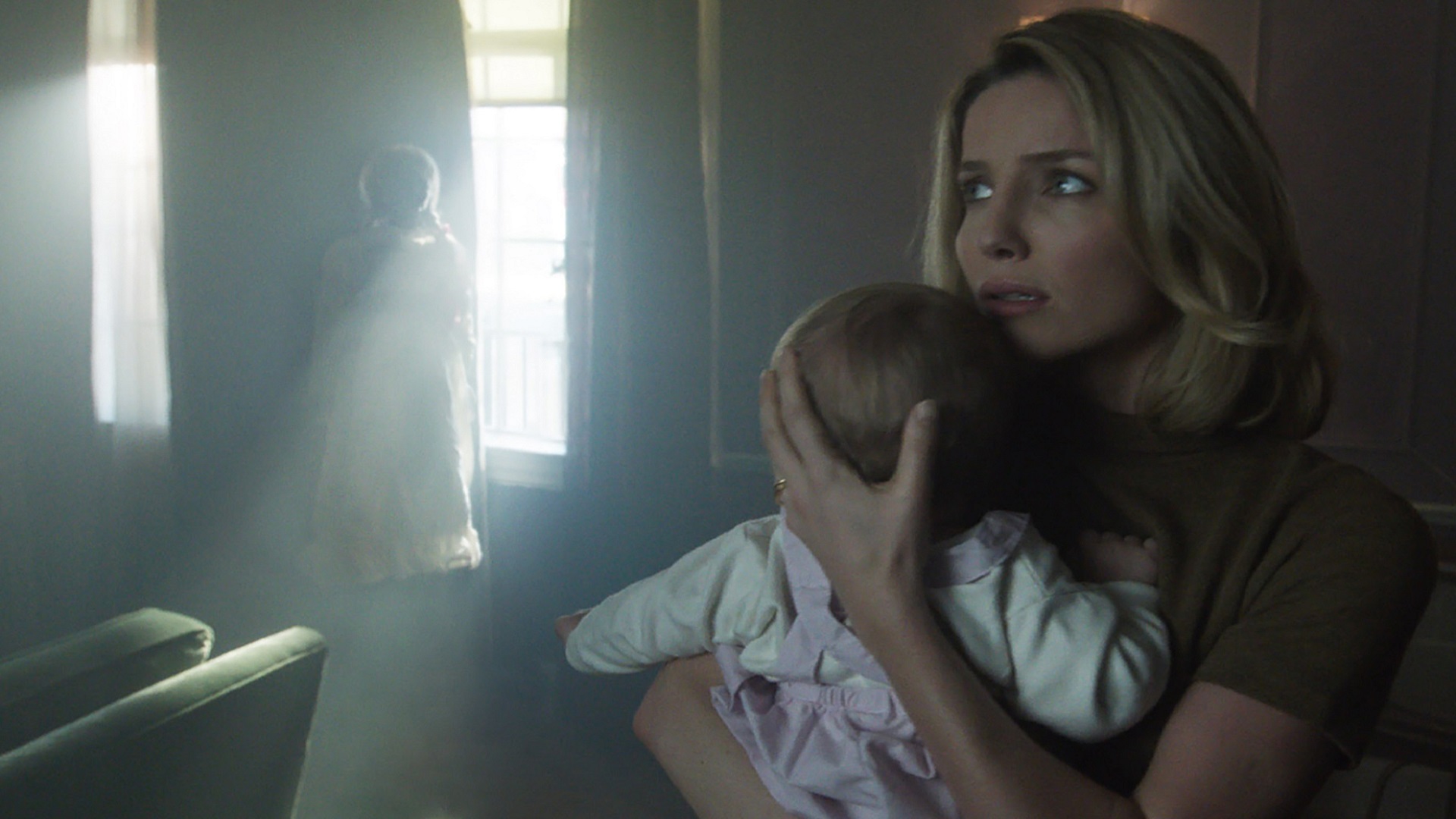 John R. Leonetti’s horror film ‘Annabelle’ is a prequel to the 2013 film ‘The Conjuring.’ It narrates the story of a couple, John and Mia, who are expecting their first child. One night, John comes home to find their apartment ransacked and Mia brutally attacked by a group of intruders who are after a rare vintage doll in Mia’s possession. As strange and terrifying events begin to occur, the couple realizes that Annabelle has been possessed by a malevolent entity.

They seek the help of a group of paranormal investigators, who discover the entity’s connection to a satanic cult. The possession and subsequent actions of the doll impact John and Mia’s family. While the actions of the doll in ‘M3GAN’ are because of the technology gone wrong, Annabelle’s sinister shiftings remain unexplained. At the same time, both dolls bring terror and panic among their owners. 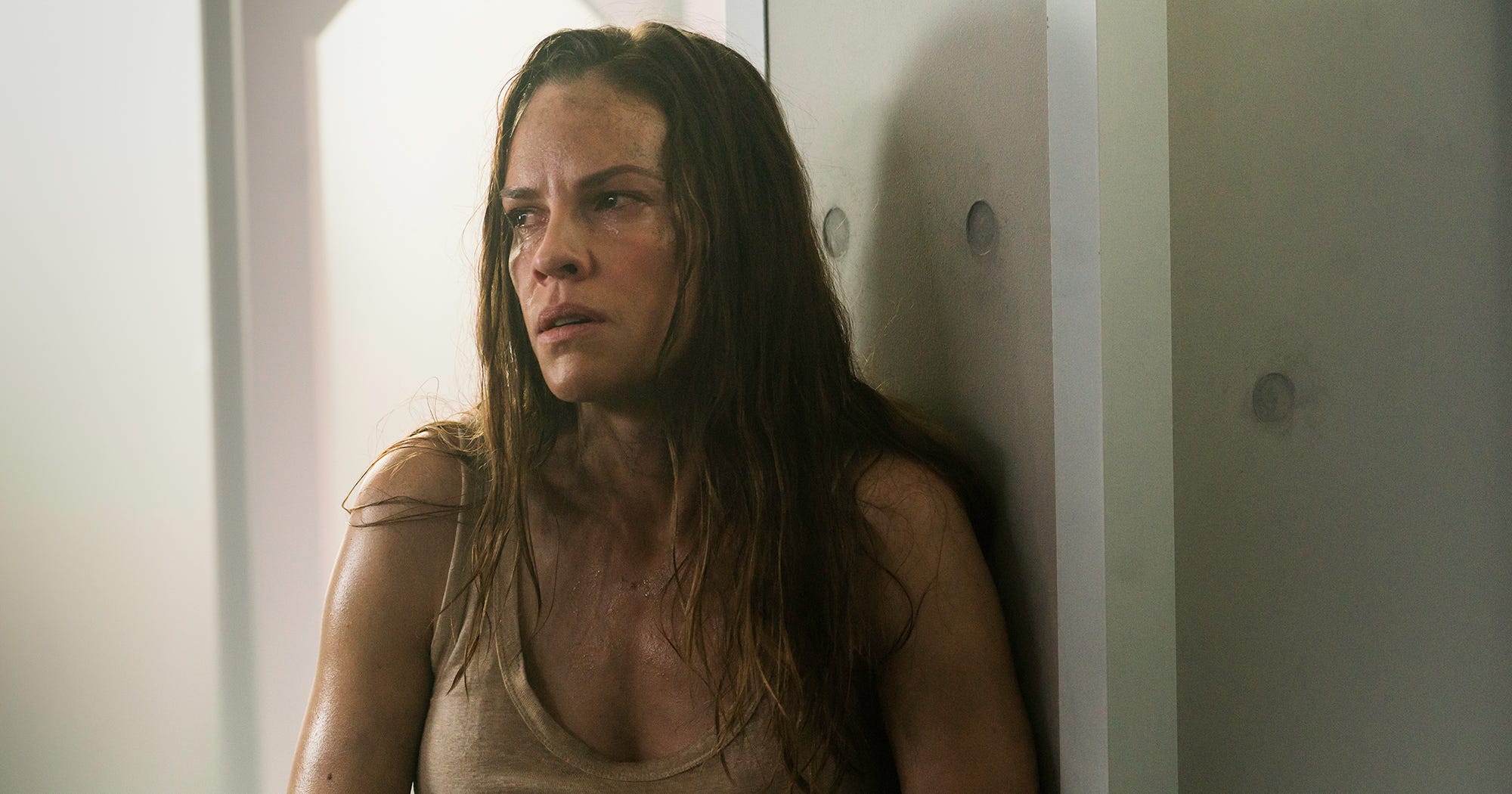 Set in a post-apocalyptic world, ‘I Am Mother’ is an Australian science fiction film directed by Grant Sputore. The film revolves around a young girl named Daughter, who is raised by a robot called Mother. Additionally, Mother is tasked with repopulating the earth with a new generation of humans. As Daughter grows older, she begins to question Mother’s intentions. Moreover, she makes a shocking discovery that threatens to upend her entire world.

Daughter must decide whether to trust Mother and follow her programmed directives or to forge her own path and risk everything to uncover the truth about her own existence. The connection between Mother and Daughter in ‘I Am Mother is similar to that of Katie and M3GAN as the relationship between them starts becoming co-dependent and risky as they form a close bond.

Read More: Where Was M3GAN Filmed?