Directed by Ruben Östlund, ‘Triangle of Sadness‘ is a satirical black comedy movie. The film follows a group of wealthy people aboard a luxurious cruise where the crew members fulfill almost every absurd request of the guests. Unfortunately, the ship sinks, the guests and the crew members get stranded on an island, and everyone has to fight for survival.

‘Triangle of Sadness’ is a profound story that portrays how hierarchy functions in society. The portrayal of social media influence and classism is prominent in the story and makes the audience ponder their impact in the real world. If you love films with packs such satirical elements, we’ve got a list of movies for you. You can watch most of these movies similar to ‘Triangle of Sadness’ on Netflix, Hulu, or Amazon Prime.

Based on the eponymous novel by William Golding, ‘Lord of the Flies’ is an off-beat film that gives the island survival genre a touch of politics. When a plane full of student cadets crashes, the students are stuck on a remote island. Soon, the cadets are divided into two groups which Ralph and Jack lead. While Ralph’s group is civilized, Jack’s people become savages, and tension arises between the two squads.

The backdrop of the island and the quest for survival in ‘Lord of the Flies’ remind us of ‘Triangle of Sadness.’ Furthermore, the way Ralph stands out as a leader amongst all the students is reminiscent of how Abigail assumes control over the survivors. Both films beautifully portray how survival instinct can alter the human mindset and prevent people from seeing what’s right and wrong.

Directed by Danny Boyle, ‘The Beach’ is based on the eponymous novel by Alex Garland and centers on Richard (Leonardo DiCaprio), a young American boy who wants to explore the world. When Richard crosses paths with a couple going to a remote uninhabited island, the latter decides to tag along. However, when he goes there, he realizes that the island harbors a group of people who are in a cult and like to keep themselves isolated from the outer world.

Although the plot of ‘The Beach’ is vastly different from ‘Triangle of Sadness,’ the movies share a semblance when it comes to the island’s rules. In addition, Richard and the community’s leader resemble the relationship between Carl and Abigail. Both movies are intriguing takes on survival, power, and hierarchy.

‘Elysium‘ is a dystopian sci-fi film that explores the inequality between the rich and the poor. In the movie, the rich live on a space station called ‘Elysium’ while the poor live on Earth, which is rotting and in decadence. A man called Max decides to change this and bridge the gap between Earth and ‘Elysium.’ Like ‘Triangle of Sadness,’ ‘Elysium’ portrays how influential the elite class is and how people at the top of the hierarchy exploit their power for their selfish motives. Another interesting aspect is how the power balance shifts from the wealthy to others below them in both movies. These facets add extra layers to the films and elevate the story for the audience.

Directed by Ruben Östlund, ‘The Square’ is a story about an art curator who sets up a controversial art exhibit. The story follows his journey from discovering the idea for the piece to receiving the audience’s response to it. The complete narrative is a satirical take on the pretentiousness prevalent in the art industry. ‘The Square’ possesses several nuances about the elite class, their behavior, and their mindset, which reminds us of ‘Triangle of Sadness.’ Both movies portray how people perceive an artwork or a superyacht based on the price tag attached to them. These aspects make the film fascinating and leave the audience with a poignant message. 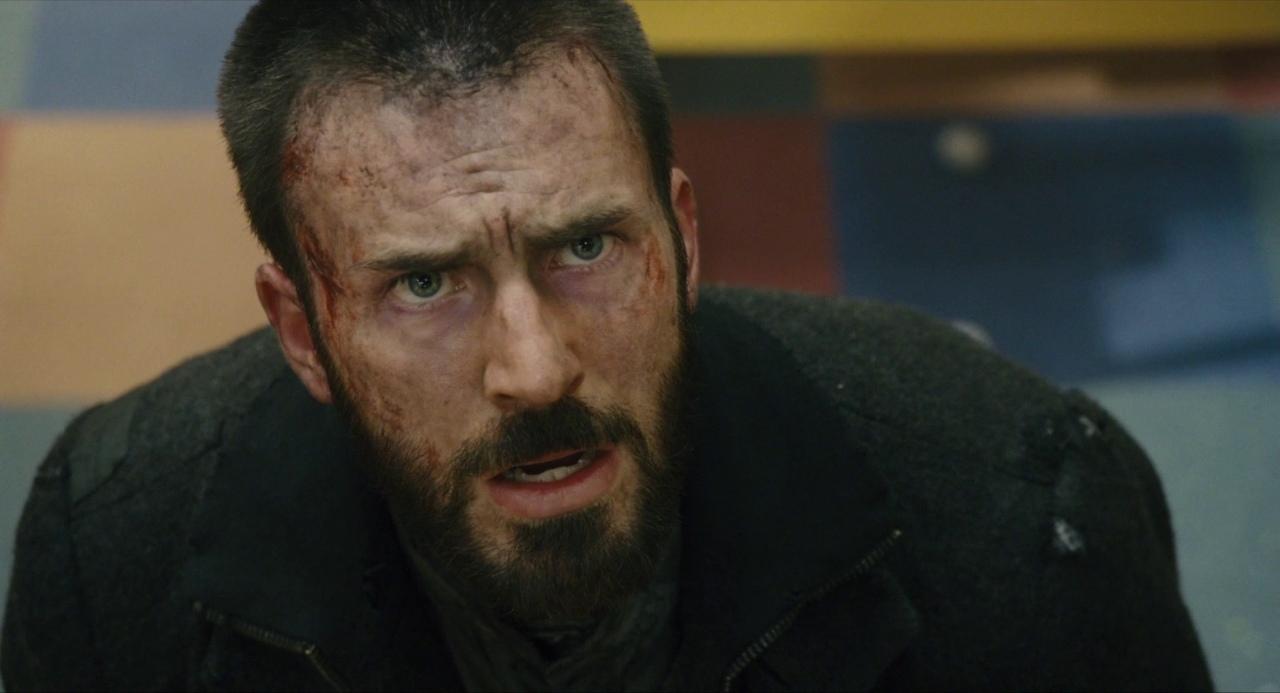 Directed by Bong Joon-ho, ‘Snowpiercer‘ is based on a French graphic novel, ‘Le Transperceneige’ by Jacques Lob. The film depicts classism and societal hierarchy in a post-apocalyptic era. In the movie, the entire planet is frozen, and there’s only one train called the ‘Snowpiercer‘ that continuously goes around the world while carrying Earth’s only survivors.

The passengers are divided across coaches based on their class, which determines what conditions they live or survive in. Curtis (Chris Evans) and a group of people who belong to the lowest class decide to break the system and take control of the train. The amenities the rich get in the titular train are akin to the superyacht, wherein guests enjoy all kinds of luxuries. However, there’s one key difference between both films. While Curtis and his group actively try to shift the power balance, Abigail becomes the leader due to circumstances and not her effort.

‘Sorry to Bother You‘ is a surreal satire film about Cassius/Cash, a black man who joins the telemarketing business. Soon, he realizes that to succeed in this profession, he needs to adopt a white accent. So, Cassius does so and becomes rich with time. When everything is going well, Cassius discovers how deeply embroiled he is in a conspiracy. The man has to choose between making money and doing what’s right.

Although the tone of ‘Sorry to Bother You’ and ‘Triangle of Sadness’ differ, they are metaphorical representations of capitalism and classism, respectively. Cassius’ transformation from a simple black man to a rich man who loves making money is beautiful. It reminds us of Carl from ‘Triangle of Sadness,’ who wants to go from being mildly popular to becoming a social media sensation. Cassius and Carl depict how people can be captivated by what they see without realizing the consequences. 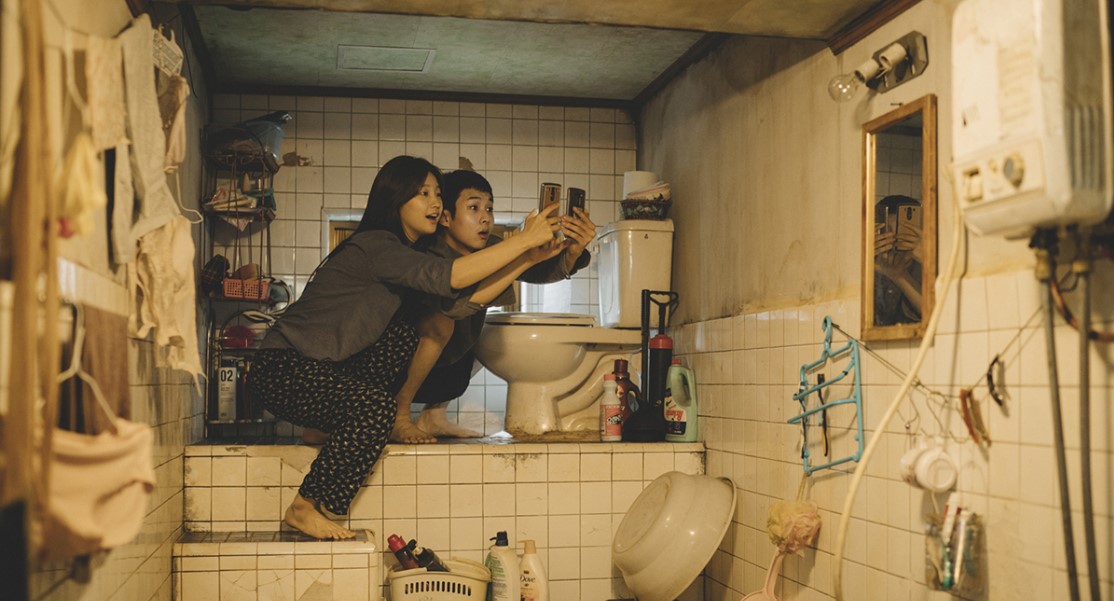 Bong Joon-Ho‘s ‘Parasite‘ is a masterpiece when it comes to the depiction of classism. The black comedy satire follows a poor family who works at a rich couple’s house. However, things turn dark as they exploit the owners’ trust and discover something shocking in their house. Both ‘Triangle of Sadness’ and ‘Parasite’ portray how people yearn for what they cannot have. On the one hand, the lower-class family wants to become wealthy; on the other hand, Abigail wants the power to control an entire crew. Both films show how wealth and power can transform people in bizarre ways. ‘Parasite’ is a profound take on socio-economic classes and people’s perception of them.

‘The Menu‘ is a black comedy horror film that follows a group of guests going to a remote island for a fine dining experience by celebrity chef Julian Slowik (Ralph Fiennes). When the guests arrive at the place, the dishes turn out to be nothing like they expect, and soon they realize why the guests have been invited to the island. Like ‘Triangle of Sadness,’ ‘The Menu’ portrays that everything is equal to money and status for the elite class. In both movies, the bubble in which the wealthy live bursts, and they have to fight for survival. Both films keep the audience hooked until the end, as they follow the guests trying to survive and make it off the island.