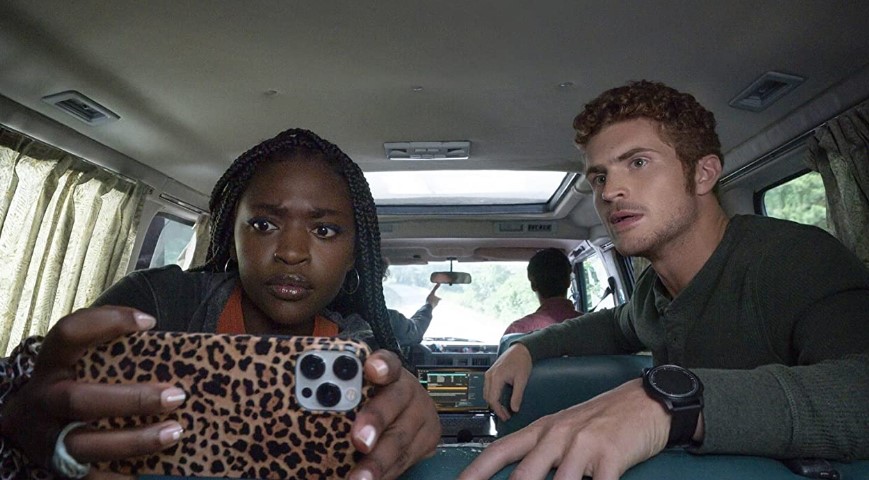 Created by Cormac and Marianne Wibberley, ‘National Treasure: Edge of History’ is part of the same world as the popular ‘National Treasure’ films starring Nicolas Cage. The plot in the Disney+ series focuses on a young DACA woman named Jess (Lisette Olivera), who discovers that her family’s history is closely tied to a Pan-American treasure. In Episode 8, titled ‘Family Tree,’ Jess decides to break into a Mexican prison to break out her father, Rafael. In Baton Rouge, Liam (Jake Austin Walker) and Myles lure in Dario to learn Jess’ whereabouts, and Agent Ross reluctantly prepares to arrest Jess. Here is everything you might want to know about the ending of ‘National Treasure: Edge of History’ episode 8. SPOILERS AHEAD.

The episode begins with Oren vehemently opposing Jess’ plans to break her father out of a Mexican prison. They all know this is much more dangerous for Jess than the others. Oren, Ethan (Jordan Rodrigues), and Tasha (Zuri Reed) are American citizens and will be treated as such if they are caught. This is not the case with Jess. However, as much as Ethan and Tasha oppose the idea of breaking into a prison, they know Jess will try to do it alone if they disagree with her plans. So, they decide to stay and help Jess while Oren returns to the US, but not before telling his friends how to break into the prison. 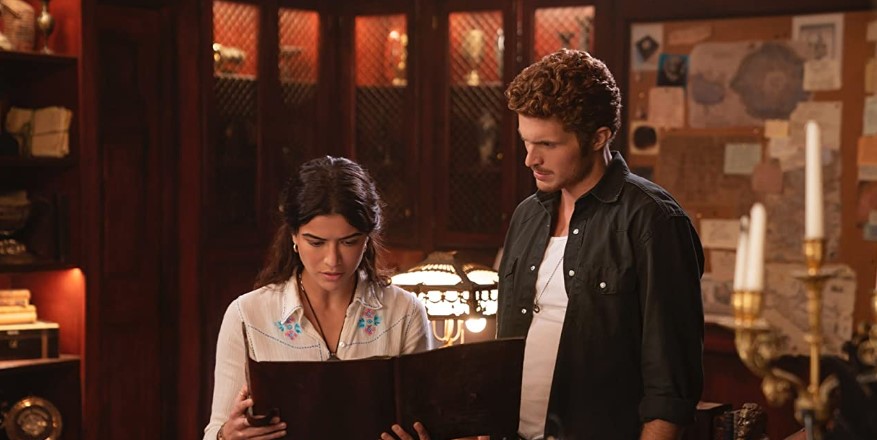 Meanwhile, Billie (Catherine Zeta-Jones) meets the man in the prison. It turns out that it is indeed Rafael, not an imposter. Seeing him there, Billie comes to believe that he killed her brother, and no matter how much Rafael tries to convince her that Salazar killed Sebastian, she will not listen. She also threatens Jess, prompting Rafael to plan his prison escape. He doesn’t know that his daughter believes he is in danger and plans to break him out. It appears that Billie has plotted the entire thing to get her hands on both father and daughter and force them to lead her to the treasure.

Billie sends Rafael a pair of shoes implanted with a listening device, and Rafael doesn’t even question why his request for shoes has suddenly been granted after all this time. Rafael encounters his daughter in his cell, and together they successfully make it out of prison. Someone shoots a sniper installed in a watchtower of the prison wall, giving the fugitives time to escape. It is later revealed that Kacey shot the guard on Billie’s order. After Rafael retrieves his journal, Billie and her people arrive and force Jess to surrender.

National Treasure: Edge of History Episode 8 Ending: Who Is Salazar?

Throughout the series, Salazar is an absent but imposing antagonist. Rafael’s wife Manuela believed that Salazar and his people killed her husband. Until recently, Billie thought that Salazar had killed her brother. In this episode, the bearded man whom Jess and her friends encountered multiple times over the past few weeks appears out of nowhere in this episode and reveals that Salazar is not a person but a mantle for the leader of the treasure hunters that has been since ancient Egypt. But before he can reveal more, Billie arrives with her people, and Kacey kills him. 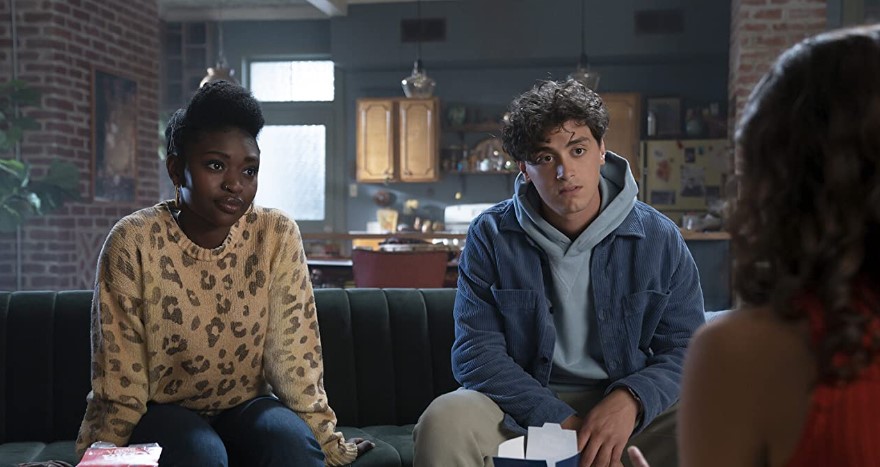 We know that Billie is part of a secret organization that uses the motto “Cras est nostrum” (Tomorrow is ours), and they are after the treasure as well. Given that the title of episode 9 is ‘A Meeting with Salazar,’ we will likely find out what Salazar really wants in it. As Billie has captured Jess and Rafael at the end of episode 8, there is a possibility Salazar’s organization and the one Billie is part of are the same.

Yes, Myles is dead in ‘National Treasure: Edge of History.’ Although Myles has spent years keeping an eye on Peter Sadusky for Billie, he switches sides after Billie frames Jess for Sadusky’s murder. In episode 8, he lures Dario in by telling him that Liam is alive. Myles and Liam knock Dario out and use his phone to access Billie’s network, discovering the massive amount of people Billie is keeping track of. Meanwhile, in Mexico, Kacey discovers that someone has accessed their network through Dario’s phone.

Liam is stunned to find out that Billie has been tracking him. When his father was alive, she was tracking him as well. The realization soon dawns on him that Billie had his father, Jack Sadusky, killed. But as Myles tells him, Billie never gets her hands dirty; she has people like Kacey to do it for her. Liam becomes emotional and makes a terrible mistake. Unfortunately, Myles pays for it. Liam tries to confront Billie over the phone, which lets her people know where Liam and Myles are. Myles gets shot by the man who came with Dario and dies, forcing Liam to flee his grandfather’s home alone.

Where is the Treasure of Emperor Montezuma?

With her father’s help, Jess seems to finally figure out the location of not just the treasure of Emperor Montezuma but everything that the Daughters of the Plumed Serpent has been guarding for years. She realizes that the map that the three relics show is actually of the constellations. All three major Meso-American cultures — the Incas, the Aztecs, and the Mayans — were exceptional astronomers. So, it makes sense that they made a treasure map out of a constellation chart. The father and the daughter work together to figure out that the map points towards Devil Swamp off the Mississippi River, about 50 miles away from Vicksburg, Mississippi.