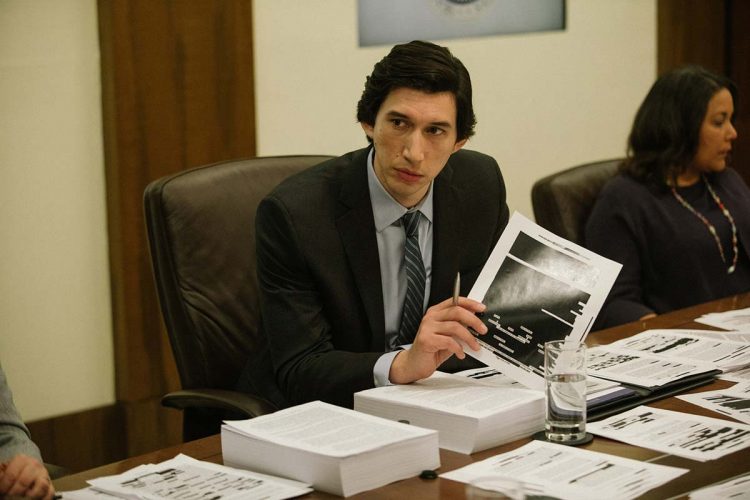 Come to think of it, predicting the winner for the screenplay category isn’t too different a ballgame altogether than predicting the best film, and yet still, different in so many other delectable ways, since it is perhaps the only category so directly linked to the film being good in its overall measure. A film may have excellent performances, may ace in its technical departments including sound and cinematography, but it will come no close to holding the golden statuette for best film, or even be a good film, if it doesn’t have a good screenplay. The awards in this prolific category are given away for both adapted and originally written subcategories, and both have been producing rather excellent winners in the past few years.

While I have mentioned in a few of my previous articles about the relatively disappointing win of ‘Green Book’, for me at least, on the contrary, I also do believe that its Best Original Screenplay win wasn’t as much of a long shot either, and perfectly possible. Apart from being a supremely feel good and vastly appealing film, the film proved to be a breeze-by even at its over two hours runtime, and that is what a victory in fluid screenwriting is! As for the category for Best Adapted Screenplay, ‘BlackKklansman’s win was more than warranted. Based on Ron Stallworth’s memoir of (almost) the same name, the film brought a truly outrageous tale to life while at the same time managing to have a voice of its own, akin to a vast majority of Spike Lee’s work. However, no rest for the weary as we shift our gaze to the future. 2019 has another great lineup of films already announced and to be announced, and while the race may be picking up in the second half of the year, the predictions begin right here, right now. Read on.

‘Ad Astra’ is an upcoming space film starring Brad Pitt, Donald Sutherland and Tommy Lee Jones about one man’s voyage to the solar system and to the deep unknowns of space to find out why his father’s voyage to Neptune ended up a failed mission all those years ago. I agree that it is not a conventional choice by any means, but the film, despite being more on the blockbuster side, gives off a mix of ‘The Martian’ and ‘Gravity’ vibes, and we all know how well these two films did. Furthermore, James Gray has proven to be a consistently great screenwriter as is visible from his filmography, if not a prolific one. ‘Ad Astra’ will be on my radar this year.

What a talented team of writers the film and its producers seem to have conjured. It is though, at this point unclear who out of the above writers will be awarded only story credits and who the screenplay credits, but with Ang Lee directing the screenplay, and credible history for each of the writers, ‘Gemini Man’ is, for me, among this year’s top contenders in the technical departments at least. While the Academy has often chosen to overlook sci-fi films in the main categories, an exceptionally written taut sci-fi film directed by Lee does have greater odds than your regular summer sci-fi “end of the world” picture.

5. Noah Harpster, Micah Fitzerman-Blue, ‘A Beautiful Day in the Neighbourhood’

I expect ‘A Beautiful Day in the neighbourhood’ to do just as good as ‘Green Book’, and to say that is to spell success for the film. Based on one of the most well-known American icons over the globe, Fred Rogers, the film will serve as a biopic of sorts with a journalistic quality, focussing on what made Rogers such an endearing and positive person, his acts of kindness, and what made him the friendly neighbourhood guy the American audience could instantly relate to and develop a liking to. With Tom Hanks starring as Rogers, Marielle Heller (Can You Ever Forgive Me?) directing, and given the success of the 2018 documentary on him titled ‘Won’t You Be My Neighbour?’, there is really little that can go wrong.

Of the two highly anticipated Steven Soderbergh/Scott Burns collaborations on our radar as frontrunners this year, Scott Z. Burns emerges as a screenwriter nominee in both ‘The Report’ and ‘The Laundromat’, the latter being an adapted screenplay. The former, however, is based on a true story that is now but known to the world, about US senate staffer Daniel Jones leading an investigation into the CIA’s methods of interrogation post 9/11 that were seen as a violation of human rights the world over and criticised for being inhuman and often, brutal. The film received a great response at the Sundance film festival, and is touted to be Amazon’s foray into the awards circuit.

Again, an easy in given Randolph’s brilliant 2015 win for ‘The Big Short’, my favourite movie of the year, and the film’s relevance in the current socio-political climate with respect to the #MeToo movement. ‘Fair and Balanced’ is based on the shocking real story of sexual misconduct allegations against Roger Ailes, founder of the Fox TV Network, by a number of his co-anchors and his consequent resignation from the post, while the world reeled under the revelation of the movement.

The only other contender on the list who I think has a serious chance against Tarantino’s ‘OUATIH’, and the thought should be unquestioned if you have seen 2017’s screenwriting brilliance, ‘Get Out’. Peele has mostly been notable as an actor and more recently a producer (including Spike Lee’s 2018 film ‘BlackKklansman’), but with ‘Get Out’, Peele’s directing and screenwriting debut, he managed to not only win an academy award for the film’s screenplay, an eclectic mix of cinematic paranoia and race appropriateness, he also made a fantastic genre fluid film that blew the collective minds of its audience and critics. With ‘Us’ due this month, I am expecting nothing less.

1. Quentin Tarantino, ‘Once Upon a Time in Hollywood’

If it isn’t evident by now, even before either of the two films release their trailers or a first look, through sheer weightage of anticipation, these two films, Tarantino’s ‘Once Upon a Time in Hollywood’ and Scorsese’s ‘The Irishman’ are two of the most insanely hyped movies for this season, and from what may be hoped, rife for both the box office and the awards circuit. Considering the names behind either of the productions, it may be a reasonable assumption as to the quality of these films, and they are going to be battling it out for almost all major categories, except this one. While ‘The Irishman’ will be up for best adapted screenplay, ‘Once Upon a Time in Hollywood’ has an original one, and to its great merit, written by Tarantino himself. That right there is an obvious strength, since out of the eight films he has directed, excluding the current one, having written all of them, he has been nominated thrice, winning on two occasions, for ‘Pulp Fiction’ and ‘Django Unchained’. Following his 2015 dud, ‘Once Upon a Time in Hollywood’ is touted to be his much opined upon return to form, and this being familiar territory for QT, should be it. He has been quoted on multiple occasions as saying the film is the closest he has made to ‘Pulp Fiction’, and if that is any indication, this should be a one-man contest.