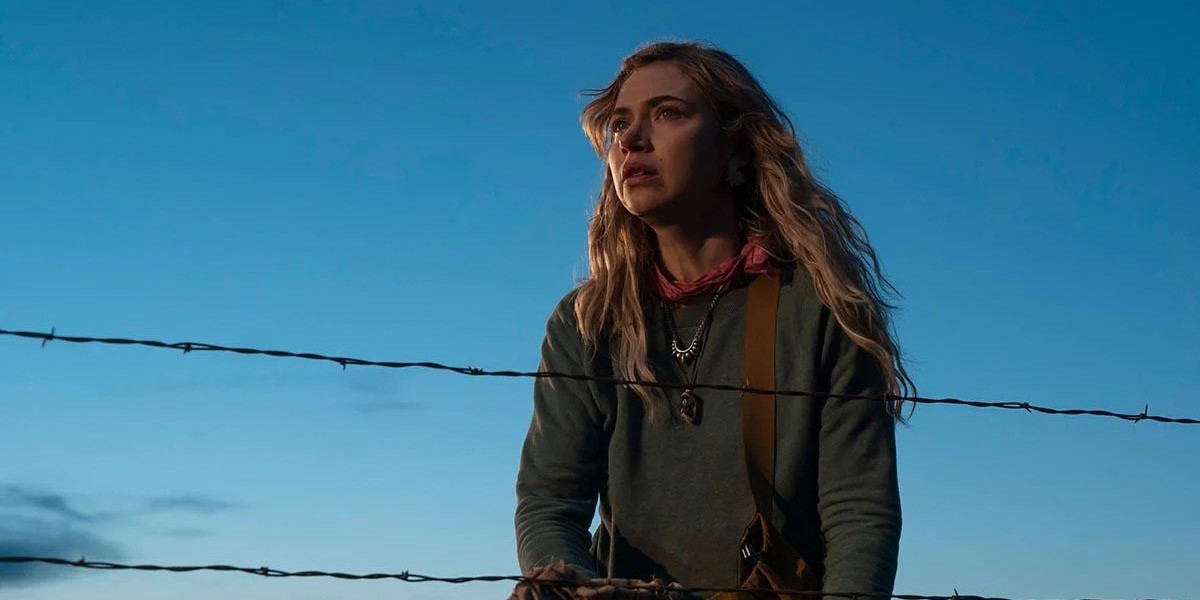 ‘Outer Range‘ continues to mix its mystery-filled ominous narrative with hard-hitting family drama in its third and fourth episodes. In episode 3, titled ‘The Time,’ the police get closer to connecting the Abbotts with the death of Trevor Tillerson. However, the situation becomes more complicated when Trevor’s body suddenly surfaces on the Abbotts’ property.

The fourth episode, titled ‘The Loss,’ sees the Tillersons coping with the death of Trevor while Wayne gets closer to uncovering the secrets of the Abbott family’s land. In the end, viewers get a hint of the threats that the Abbotts are about to face due to the black void’s presence on their land. If you seek some explanation about the episodes’ events, here is everything that happens in ‘Outer Range’ episodes 3 and 4! SPOILERS AHEAD!

Episode 3 opens with Royal (Josh Brolin) reflecting on his time in the black void. Elsewhere, Wayne is unconcerned about Trevor’s disappearance and instructs his sons, Billy and Luke, to increase their efforts in claiming the Abbott family’s West Pasture. Meanwhile, Autumn continues to explore the Abbott Ranch and discovers a mysterious stone hidden in the ground.

Rhett feels the pressure of keeping the truth about Trevor’s death hidden while out on a date with Maria. However, a mishap at the bar lands Rhett in police custody, where Deputy Sheriff Joy questions him. She informs Rhett that his blood was found on Trevor’s belt buckle. Rhett confesses to having a brief scuffle with Trevor but claims to know nothing about his whereabouts. Meanwhile, Royal sneaks into Joy’s office and retrieves the belt buckle. He then throws it into the black void. The episode ends with Amy discovering Trevor’s dead body on a mountain behind the Abbotts’ house. Royal informs Joy, taking her investigation in a new direction.

Episode 4, called ‘The Loss,’ opens with a flashback set nine months before the show’s events kick off. Wayne discovers a stone identical to the one Autumn found in the previous episode. Wayne hints that the stone is connected to the black void he had seen once very briefly during his childhood. After learning that the stone was found on the Abbott family’s West Pasture, Wayne becomes determined to claim the land. In the present, the Abbotts deal with Joy’s interrogation after Trevor’s body is discovered. Later, Joy brings Rhett and Perry to the Sheriff’s Office and questions them separately, hoping to find them lying. However, the brothers stick to their stories for the most part.

Joy becomes more baffled by Trevor’s murder after the autopsy report reveals that he had died mere hours before his body was discovered. Since Trevor had been missing for approximately a week after his fight with Rhett, she suspects that the younger Abbott sibling likely had no hand in Trevor’s death. The Tillerson siblings’ mother, Patricia, arrives in town and organizes a funeral for Trevor that the Abbotts also attend. After the funeral, Autumn and Royal play a game of poker. Royal asks Autumn to bet the stone she found while he bets his West Pasture. Royal cheats to win, and he claims the mysterious stone. In the end, the strange behavior of Wayne’s stone leads him to the black void in the middle of the night.

After Royal seizes the stone from Autumn, he goes home. Later at night, a sleepless Royal leaves the house with the stone. Meanwhile, Wayne is alerted to a disturbance in his own rock. Excited at the prospect of uncovering the true nature of the stone, Wayne leaves the house and drives through the pastures as the stone guides him. In the end, Wayne arrives at the site of the Black Void.

However, to his surprise, Royal quietly waits for Wayne near the void. Wayne’s joy in discovering the black void is short-lived as Royal pounces on him and seemingly wants to hurt Wayne. Therefore, it is evident that Royal used the stones’ shared connection with the black void to lure Wayne out in the middle of the night. Earlier in the episode, it is revealed that Wayne has paid the city council judge to rule the land feud in the Tillersons’ favor. Thus, it is a near certainty that Royal will be forced to give up his Western Pasture.

To avoid such an outcome, Royal tries to overpower and intimidate Wayne. The two men brawl by the black void, and Royal knocks out Wayne. As Royal stares into the black void, contemplating his next move, Wayne suddenly attacks from behind. Royal drops to the ground and lays cold as Wayne drives away, overjoyed by his discovery. Wayne is now aware of the Abbott family’s secret and knows about the black void’s presence. Therefore, he is unlikely to stop his pursuit of claiming the Abbott family’s land.

On the other hand, it appears that Royal’s plan has backfired. Not only does Wayne get away, but he is also now aware of the black void’s location and its importance to the Abbotts. Therefore, it seems like Royal is in serious trouble. However, despite Wayne delivering a physical and metaphorical blow to Royal, it is unlikely that he is dead. Wayne’s attack is not lethal, and Royal has merely passed out. Therefore, it is safe to say that the Abbott family patriarch is still alive.

Moreover, Royal appears to know more about the future than he is letting on. The same is evident as Royal is seemingly aware of the stone and its true nature. It is likely that before Wayne arrived, Royal had used the black void’s time-altering properties to foresee the future. Hence, it wouldn’t be a surprise if getting injured was a part of Royal’s plan to take down Wayne.