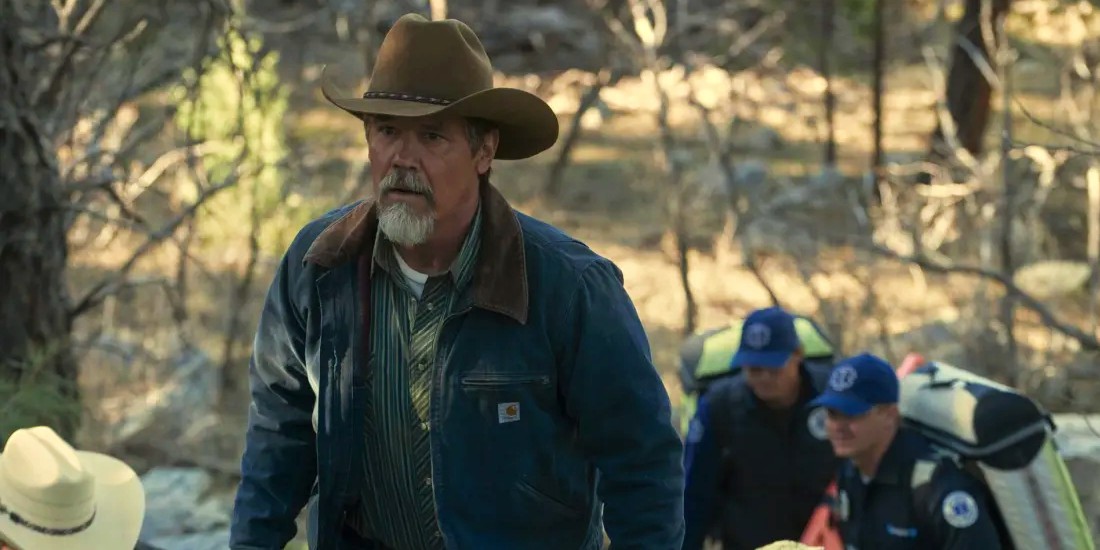 ‘Outer Range‘ continues to expand on the mysteries of the black void while adding to the troubles of the Abbott family with its fifth and sixth episodes. In episode 5, titled ‘The Soil,’ after recovering from Wayne’s attack, Royal tries to uncover the true nature of the stone within Autumn’s necklace. On the other hand, Wayne suffers a stroke, leaving the Tillersons’ business frozen.

The sixth episode, titled ‘The Family,’ sees the Abbotts succumbing under the pressure of keeping secrets. In the end, Autumn meets with a surprising ally as things begin to get out of hand for the Abbotts. If you wish to learn more about the episodes’ events and ending, here is everything you need to know about ‘Outer Range’ episodes 5 and 6! SPOILERS AHEAD!

Episode 5 opens with Wayne Tillerson returning home and suffering a stroke that leaves him paralyzed. Meanwhile, Royal travels to the Rare Earth Department of Wyoming to learn more about the stone in the necklace he won from Autumn. Cecilia learns of Wayne’s stroke and finds Autumn snooping around in her house. Autumn is seeking her necklace, but Cecilia asks her to leave. Royal meets with Dr. Nila Bantu and learns more about the stone. However, after he sees a picture of Nila with the mysterious organization BY9, he refuses to leave the stone in her care for study. Later, Royal learns that BY9 is a mining company. 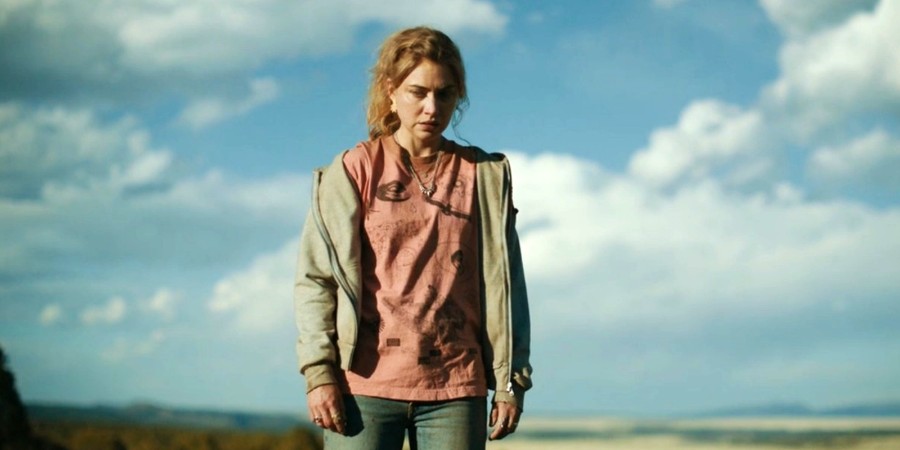 Cecilia goes to meet Patricia but is insulted over her son’s alleged role in Trevor’s death. After returning home, she finds a baby bear dead in her yard. On the Tillerson Ranch, Luke and Patricia try to figure out how to keep their business running after Wayne’s stroke. As Wayne did not leave a power of attorney, their hands are tied until Wayne’s will is executed. In the end, Royal breaks the stone and accesses the soil inside, allowing him to have a brief vision of the future. In the vision, Royal sees he is dead and surrounded by Cecilia and Autumn.

Episode 6, titled ‘The Family,’ opens with Royal meeting Autumn by the void. He offers to give her a ride home but keeps driving past her camp. Royal burns down Autumn’s camp and warns her to stay away from his family. The two argue about the stone, but Royal asks Autumn to leave his property. Later, Autumn encounters a bear in the woods who implores her to show the void to a mysterious person. On the Tillerson Ranch, Luke and Patrica learn of Wayne’s will. The lawyer reveals that Wayne plans on leaving everything to Billy.

Meanwhile, Autumn guides Billy to the black void. Cecilia has a difficult time dealing with Royal keeping secrets and decides to isolate herself. After discovering her camp has been burned, Autumn calls her benefactor and demands money. She carves the Abbott Ranch’s brand on her chest with a knife. Later, she speaks with Perry about Royal’s actions. In the end, the Abbott family has an argument at the dinner table, which scares Amy, and she runs away from home.

Outer Range Episode 5 and 6 Ending: Are Autumn and Billy Working Together?

The ending of episode 6 brings a surprising revelation as Autumn and Billy appear to be working together. Earlier in the episode, after her interaction with the bear, Autumn guides Billy to the black void. She tells him the story of an astrologer while they both stare into the black void. While it seems like there is some larger force at work that has brought the two together, the ending reveals that Autumn and Billy have been working together all along.

Firstly, Billy could easily be Autumn’s benefactor. The same is confirmed when Billy is present in Autumn’s hotel room shortly after she calls her benefactor. During this conversation, Autumn reveals that things in Wyoming are changing rapidly, and all the puzzle pieces are coming together. According to Autumn, everything happening in the town has a pattern.

Furthermore, she insists that the pattern will benefit her goals. Billy is overjoyed after hearing this, hinting that they had plotted to reach this point long ago. While the episode does not reveal Autumn and Billy’s exact connection to each other, it is evident that they know a lot more than those around them. However, their ultimate goal remains a mystery for now.