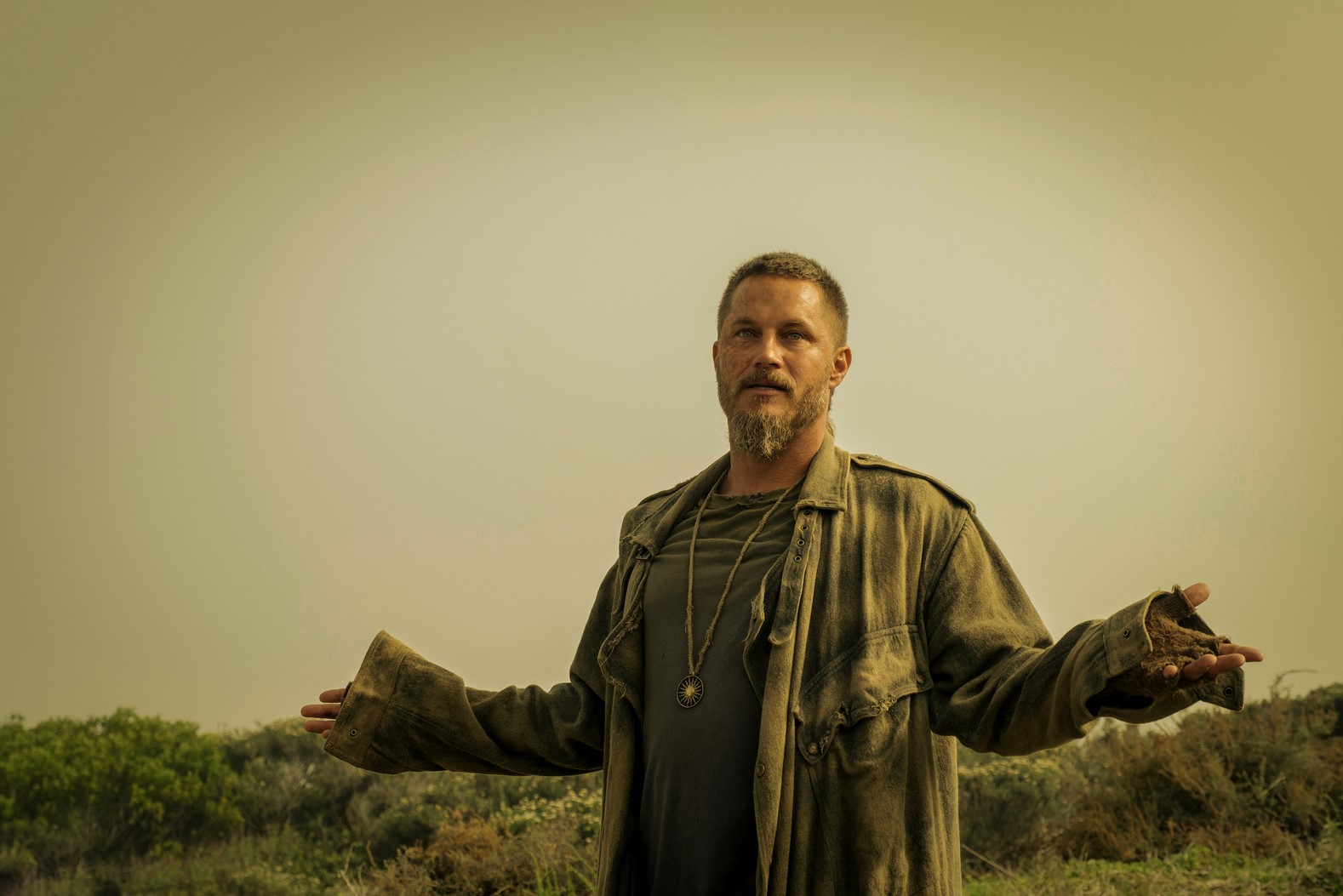 ‘Raised by Wolves’ is a science fiction drama series that explores complex themes such as human nature, faith, artificial intelligence, love, war, and humanity’s penchant for self-destruction. In season 2 episode 5, titled ‘King,’ Sue (Niamh Algar) tries to cure Paul and receives help from an unlikely source. Marcus and his followers find yet another Mithraic dodecahedron.

Father’s project takes shape, and he meets the ancient android for the first time. Instructed by Mother (Amanda Collin), he later ventures out of the settlement to look for Holly. Accompanying him is Lucius, who has a vendetta to settle against Marcus. Here is everything you need to know about the ending of ‘Raised by Wolves’ season 2 episode 5. SPOILERS AHEAD.

The episode begins as Father regains his functions. In episode 4, he encounters the ancient android awakened because of him. There is an interestingly intimate moment in episode 5 between these two androids. She laughs at his joke, and he decides to remove the veil that seems to be a part of her design. However, before he does, Mother calls for him.

After taking out the Trust, Mother is the new leader of the fragmented atheist settlement. Holly has left a message for her and Father before joining Marcus and his followers. She dubs them her kidnappers — which they are — and tells them that she is now with her people, asking them not to try to find her. However, unlike Holly, Mother knows that Marcus doesn’t have any mystic powers, so he will not be able to protect one of her children against the dangers of Kepler-22b. As a result, she sends Father to get Holly back. In turn, Father makes a deal with Lucius. If the Mithraic helps him retrieve Holly, he can do anything to Marcus and his followers.

Raised By Wolves Season 2 Episode 5 Ending: Can Sue Now Hear the Voice or the Signal? Is It Really Sol?

While Mother was taking charge of the progressively diminishing settlement and Father was searching for Marcus, Sue races against time to save Paul. Mother tortures Cleaver for information about an antidote, but he repeats what the Trust earlier told her: there isn’t one. When all the avenues of science close to Sue one by one, she prays to Sol. She knows whatever entity Marcus and Paul have heard can’t possibly be the God, despite what they believe. However, she also knows that the entity is real and has been sending the Signal. As the audience, we are aware that it’s the same entity that communicated with Mother and caused the birth of the Serpent.

Paul is changing inside the cocoon and turning into one of the serpents. Sue has a vision about leeches covering Paul’s cocoon. When she wakes up, she learns that these particular leeches are found on the creatures of the acid sea and have healing properties. She and Campion successfully retrieve several of them and place them over Paul’s cocoon. The treatment works, and Paul is cured.

Sue realizes that the vision was from the entity. In the closing moments of the episode, she becomes the most recent individual that starts to hear the voice. This shouldn’t be possible, as it is believed that the Signal can’t penetrate the electromagnetic field surrounding the tropical zone. Given that Sue now can hear it, the Signal was either stopped intentionally and the electromagnetic field had nothing to do with it, or Sue has a special connection with the entity. As the entity saves Paul’s life, Sue promises it her allegiance.

Are all the Mithraics Dead? Is Decima Dead?

Most of the original Mithraics, except Lucius and the five children, are now dead. Decima is also dead. She is the only person that notices the changes in Marcus after Mother takes back her Necromancer eyes. Believing that she has destroyed Vrille for a false prophet, she increasingly becomes disillusioned and even mocks Marcus when he takes the Tooth of Romulus, a relic of the Mithraic religion, from Holly. After Marcus ventures down into a crevice near a Mithraic dodecahedron, Vrille returns.

With the synthetic skin of her face missing, she is the embodiment of a nightmare. She kills everyone there except Holly, who manages to hide from her. When Marcus finally comes out of the crevice, he finds Decima’s body hanging from the contraption that took him down into the crevice. Vrille has ripped out Decima’s face, just like the latter did to her earlier in the season. Father and Lucius subsequently arrive. Lucius intends to shoot Marcus, but Holly intervenes. Eventually, Father convinces Lucius to take Marcus back to the settlement with them.

Read More: Who Is Nerva in Raised by Wolves Season 2?