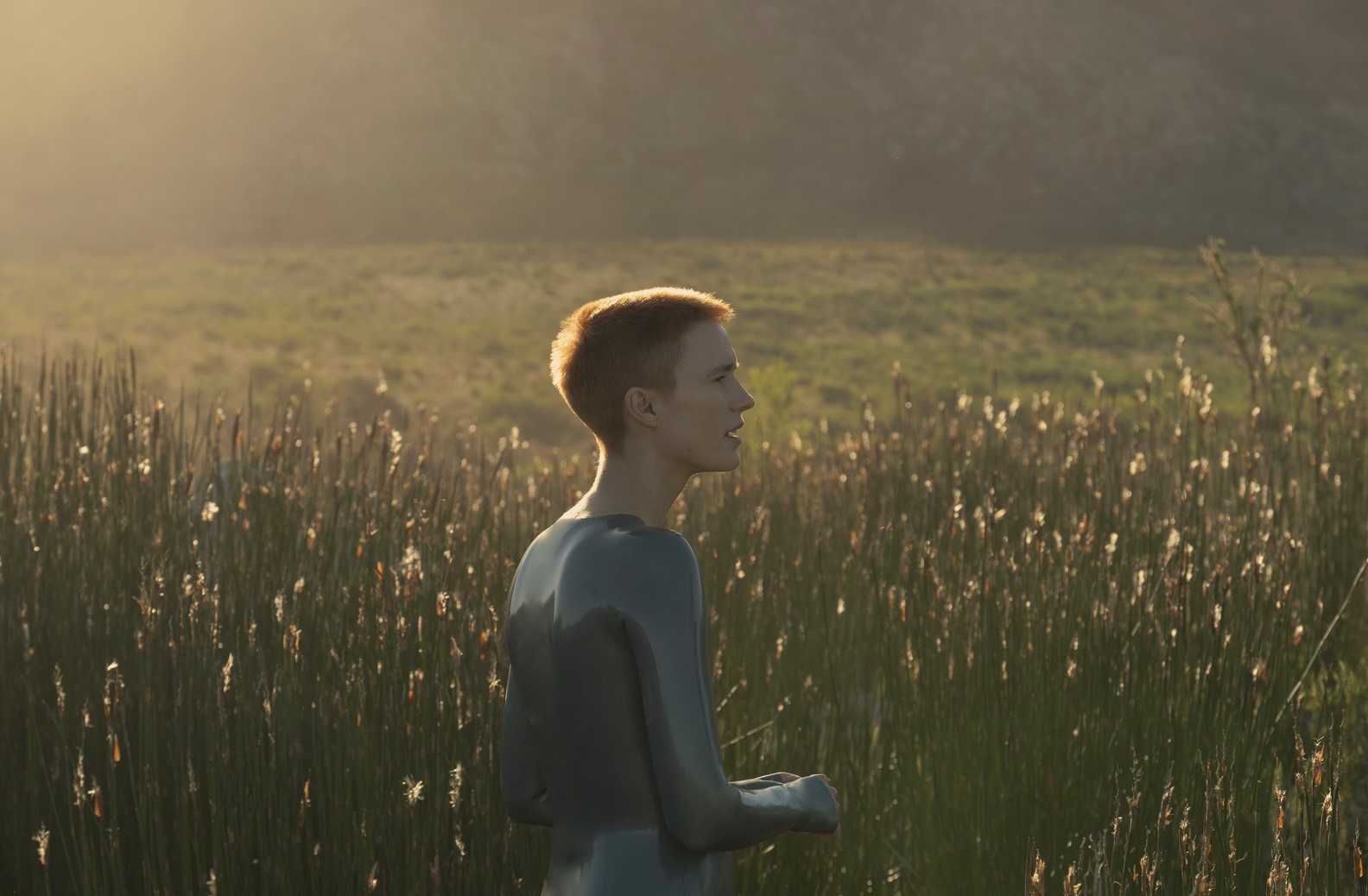 In the spectacular season 2 finale of ‘Raised by Wolves,’ faith and science converge, and certain revelations are made. Mother/Lamia (Amanda Collin) goes hunting for the Serpent, while Grandmother (Selina Jones) helps Father (Abubakar Salim) with the children. It is revealed that Tempest’s baby now has abnormal mutations due to her exposure to the sea creature. After what happened to Sue, Marcus (Travis Fimmel) finds a new purpose in pursuing vengeance against the entity. A new religion seems to emerge in the atheist community. Here is everything you need to know about the ending of the ‘Raised by Wolves’ season 2 finale. SPOILERS AHEAD.

Season 2 finale, titled ‘Happiness,’ begins as Campion copies a part of the inscription that Vrille left behind on a piece of cloth before burying her. Having been raised by two androids, his view of them is significantly different from any other person in the Collective, including his five siblings. He was very much aware that Vrille wasn’t a human and still fell in love with her. It is becoming increasingly apparent that if Campion does become a leader like Mother hopes or the savior from the Mithraic prophecies, it will probably be of the androids. Vrille’s inscription is supposed to be Vrille’s original thoughts, which Paul later claims are ramblings about Earth.

During their previous encounter, Mother couldn’t kill the Serpent because of her caregiving programming. In this episode, she puts on Grandmother’s veil and goes after the Serpent, which is more interested in chasing after Campion than destroying humanity even after becoming weaponized. They fly beyond the atmosphere before Mother grabs it by the tentacles and hits with the deadly necromancer sound blast.

Tempest deals with past trauma and inner turmoil after she and Hunter bring her child to the Collective, where they discover that she has non-human mutations. Hunter deduces that this is because of the sea creature’s milk that the baby consumed. She is then put through corrective surgery.

Meanwhile, someone steals the punisher helmet, one of the Mithraic relics from the Tarantula. Initially, Marcus is the main suspect. But toward the end of the episode, it is revealed that Lucius (Matias Varela) was the one who took the mask. He can now hear the Voice or the Signal from the entity.

Raised by Wolves Season 2 Finale Ending: Is Marcus Dead? Why Does He Float upside down?

After what happens to Marcus at the end of the episode, one thing is for certain: he isn’t anymore what he used to be. Mother rips the Serpent’s brain out through its eye, killing it. Shortly after, the Sue tree re-emerges from its corpse. Sue believed that the EMF surrounding the settlement prevented the Signal from getting through to the Collective members. As Paul goes through her research, he deduces that the tree was the entity’s way to circumvent the effects of the EMF.

This means that the source of the Signal is somewhere underground. When he tells Marcus this, the latter decides to go down into the pit in which Vrille massacred the Mithraics. However, as he prepares to do so, someone shoots him. Later, Marcus wakes up to find himself being crucified upside down on the Sue tree by Lucius. The latter now hears the Signal.

Lucius was one of Marcus’ most devoted followers before becoming his primary detractor among the Mithraics. As always, the Signal takes advantage of human emotions and turns them into a weapon for itself. It convinces Lucius that he is its true prophet and Marcus is evil and instructs him to place Marcus in his current predicament. Marcus tries to make Lucius see that the entity is evil, but the latter refuses to listen.

Lucius then puts the punisher mask over Macus’ face and waits for him to die while he carves out a Mithraic dagger from one of the teeth of the dead Serpent. When he goes back to the tree and removes the mask, Marcus appears to be dead. Lucius turns away to take a swig from the drink he has brought and suddenly realizes that something has happened. He discovers that Marcus is floating, just as Lucius crucified him — upside down and hands stretched.

According to Christian tradition, Saint Peter was crucified upside down in Rome during the reign of Emperor Nero. The similarity is most likely non-accidental. In ‘Raised by Wolves,’ characters have come to regard the source of the Signal as a malevolent entity. And a religion seems to be emerging around Mother after her victory over the Serpent. As the snow starts to fall on the settlement, a little girl gives Nerva a medallion of Mother in exchange for a coat. She is depicted with her hands stretched, like when she is in flight. This is probably a reference to the Christian messiah.

It’s possible that the narrative of ‘Raised by Wolves’ is a reimagining of how Christianity replaced the ancient Roman religion as the prevalent faith of the empire in a science fiction setting. If we believe Lucius’s conclusion that Marcus is dead when he checks him, then this scene can be contextualized as a moment of miracle. Of course, there will probably be a scientific explanation for this in the future, as it is with everything in ‘Raised by Wolves.’

A more disturbing possibility is that Marcus died and turned into a vessel for the entity. After all, Lucius follows the exact instructions of the mysterious being. If that is indeed the case, then the Collective will soon face existential danger, especially with Mother being trapped in the simulation.

Who Is Grandmother? What Does She Want?

The Grandmother is an ancient android that has been on Kepler-22b since the time of the previous human civilization. The season 2 finale implies that she might be the reason why humanity devolved on the planet. Since she has been reactivated, she keeps repeating that ensuring the everlasting life of humanity is her priority. However, she believes humans can achieve that only when their humanity and sentience are taken away.

Grandmother seems to be using her hologames to devolve the six main children and turn them into a sea creature. When Mother realizes this, she is encased by Grandmother’s veil. Later, Grandmother places Lamia into simulation so that the latter will be out of her way as she implements her schemes. The sudden drop in temperature is also probably Grandmother’s doing. She wants people inside their units, so they will play the hologames.

Read More: Is the Serpent Dead in Raised by Wolves?