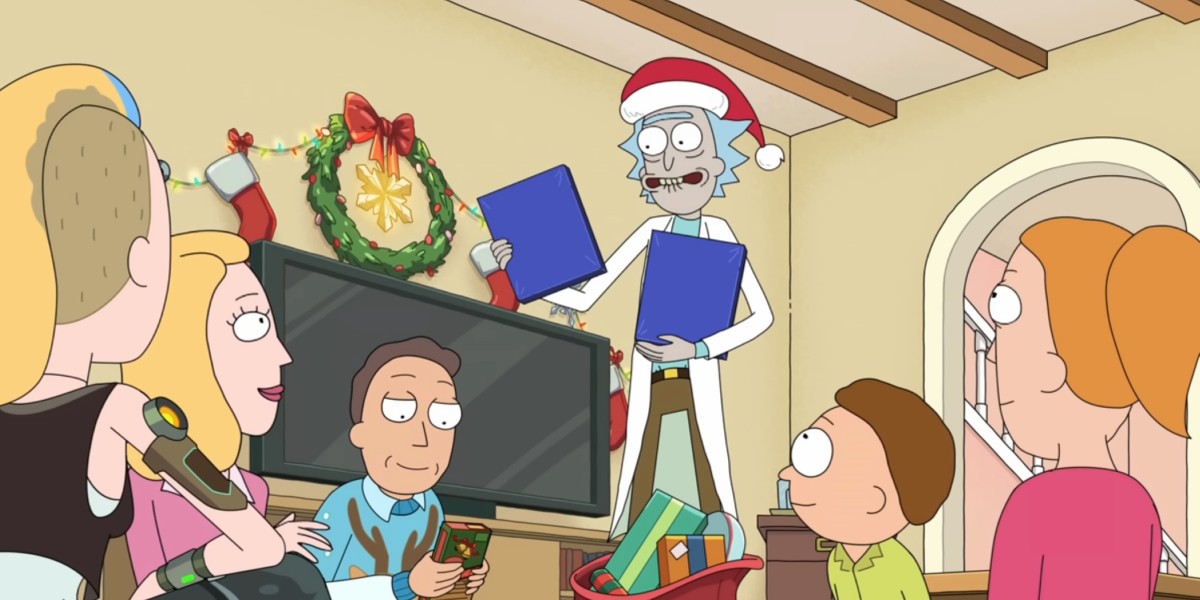 The sixth season of ‘Rick and Morty‘ concludes with a Christmas-themed episode that pays homage to George Lucas’ classic science fiction franchise ‘Star Wars.’ The tenth and final episode, titled ‘Ricktional Mortpoon’s Rickmas Mortcation,’ sees the Smith family celebrating Christmas with everyone in love with Rick’s generous actions. However, when Rick gifts Morty a lightsaber for Christmas, a series of mishaps lead to a devastating doomsday event.

Meanwhile, Morty discovers an unsettling truth about Rick. With all the dimension-hopping, space travel, and earth-saving elements, it is natural for viewers to get confused about the episode’s events. If you are looking for an explanation about the ending of ‘Rick and Morty’ season 6 episode 10, here is everything you need to know! SPOILERS AHEAD!

The sixth season finale, titled ‘Ricktional Mortpoon’s Rickmas Mortcation,’ opens with the Smith family gathering to celebrate Christmas. Rick arrives with gifts for everyone. He gives the Beths a picture of himself with Beth from the latter’s childhood. He gifts Jerry a copy of the interdimensional edition of the 1947 film ‘Miracle on 34th Street,’ and Venmos some money to Summer. Lastly, Rick gives Morty a functional lightsaber for Christmas. The duo retreat to the garage to test out the lightsaber while the family watches the movie. 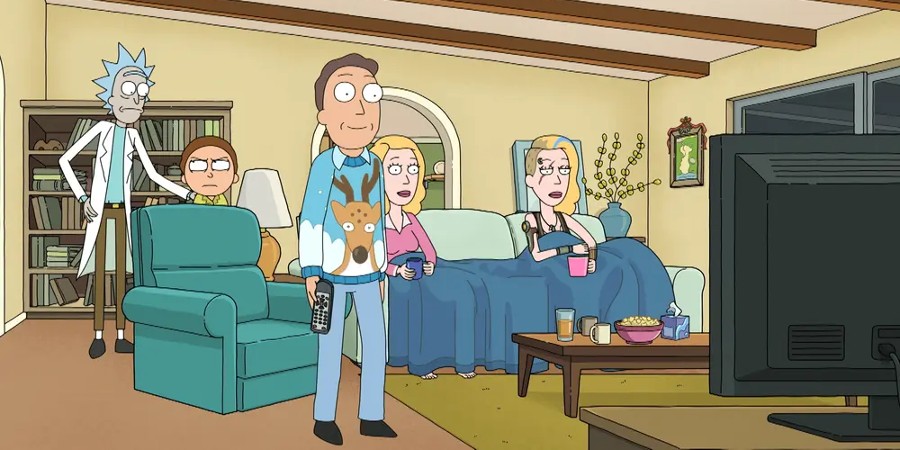 While playing with the lightsaber, Morty drops the weapon vertically into the ground. Rick and Morty venture into Rick’s underground science lab to stop the lightsaber from causing destruction. In the process, Morty discovers that the real Rick is actually hiding on the 10th floor of the lab. The Rick that has been with Morty is a robot designed by Rick to be a better companion to Morty. Meanwhile, Rick is searching for Rick Prime, his archnemesis, who killed his wife and daughter.

Morty is enraged by Rick and retreats to the living room with Robot Rick. However, the President of the United States arrives at the Smith house. He explains that Morty’s lightsaber is sinking to the earth’s core and could destroy the entire planet. As a result, Morty is forced to get Rick’s help to avert the crisis. Rick’s effort to destroy the lightsaber remotely fails due to his arrogance. As a result, Rick, Morty, and the President travel to the earth’s core to stop the lightsaber.

After completing the mission, Rick and Morty argue about Rick tricking Morty by using Robot Rick. Rick reveals that he felt hurt after Morty refused to respect his opinion and took the sword of the Solar Knights. Therefore, Rick replaced himself with Robot Rick and focused all his attention on finding his archnemesis. Rick and Morty fight while the President keeps the lightsaber. Robot Rick tries to reveal the truth to the Smith family but fails because of his programming. Ultimately, an enraged Morty tells the family that Rick is a robot. On the other hand, the President drops the lightsaber into the earth’s surface again, restarting the entire fiasco.

After Morty reveals that Rick is a robot, the Smith family is enraged, and they destroy the robot. However, Morty quickly learns that the President has dropped the lightsaber vertically, and it is once again approaching the earth’s core. Moreover, the President blames Morty for the mishap and escapes into space. The Smith family pleads with Morty to get Rick’s help. However, Morty insists that Rick is one for good. As a result, the family practices Robot Rick. With Robot Rick’s help, Morty saves the planet and heads from confronting the President. 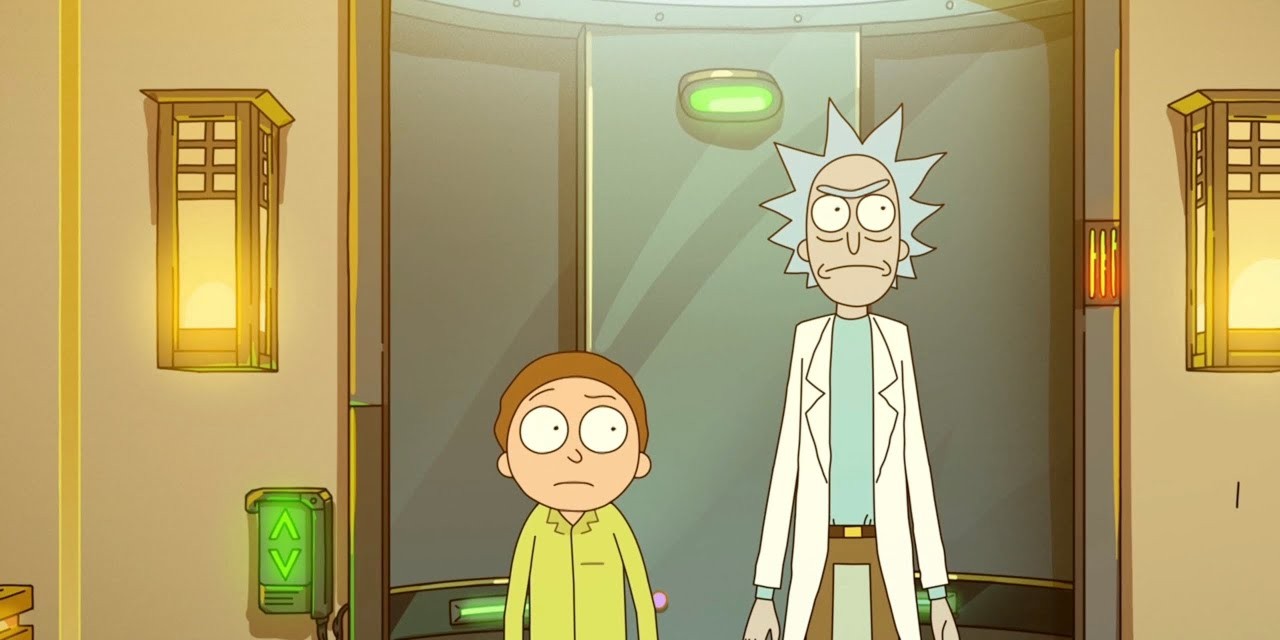 The episode’s final act sees a duel between the President and Morty. The President represents the more classic and conservative fans of ‘Satr Wars.’ On the other hand, Morty belongs to the modern crop of fans who are more liberal with the franchise’s newer entries. The ideological conflict plays out as Morty fights the President. The duel serves as a hilarious commentary of studios turning popular franchises into cash crows and the toxicity among fans that restrict new creators from lending their voices to an already classic piece of cinema.

Ultimately, the President is defeated by his own lack of imagination with ‘Star Wars‘ tropes. However, when Morty tries to finish off the President with a lightsaber Gatling gun, Rick jumps in and takes the bullets. The conflict is resolved, but the flying White House is destroyed. Rick and Morty are prepared to get stuck in space, but Rick portals them to the garage. Robot Rick helps Morty understand the motivation behind Rick creating him. However, the robot deactivates shortly after helping Morty understand his grandfather’s perspective.

Do Rick and Morty Reconcile?

In his dying moments, Robot Rick explains that Rick created him to be nicer to Morty. Robot Rick reveals that although he is programmed to be nice to Morty and keep everyone happy, his programming is based on Rick. Therefore, everything the robot did was something that Rick would have done himself. As a result, Robot Rick asks Morty to forgive his grandfather and opens a door for a reconciliation between the titular duo. 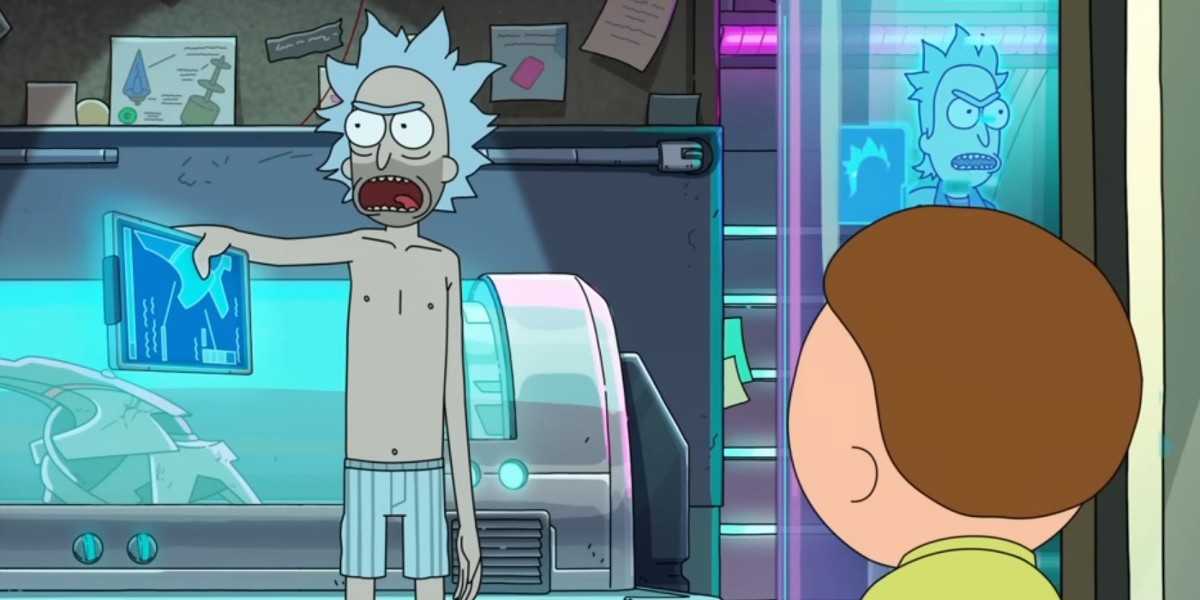 After Robot Rick deactivates, Rick reveals that he has become consumed with finding Rick Prime. He has never been closer to finding Rick Prime and finally has some serious clues. While Rick does not apologize to Morty, he welcomes Morty back into his lab. Rick shows Morty the various spots that Rick Prime has been to recently across multiple dimensions. Rick reveals that it is impossible to catch Rick Prime because he is at several locations simultaneously. The episode ends with Rick announcing that he and Morty will be teaming up to track down Rick Prime in the next season.

Rick exclaims that Rick Prime is extremely dangerous, but he will bring Morty along for the mission as Morty asks for it. Whether Rick and Morty find Rick Prime and Rick gets his revenge remains to be seen. However, Rick’s obsession with finding Rick Prime and his urge to take Morty along with him has disaster written all over it. Thus, the season ends with the promise of a fated battle between Rick and Rick Prime but also hints at a grim fate for either Rick or Morty. Nonetheless, the confirmation that Rick and Morty will be teaming up again proves that all is well between the grandfather and grandson, and they have reconciled.