Romance in the Air: Cast and Filming Details 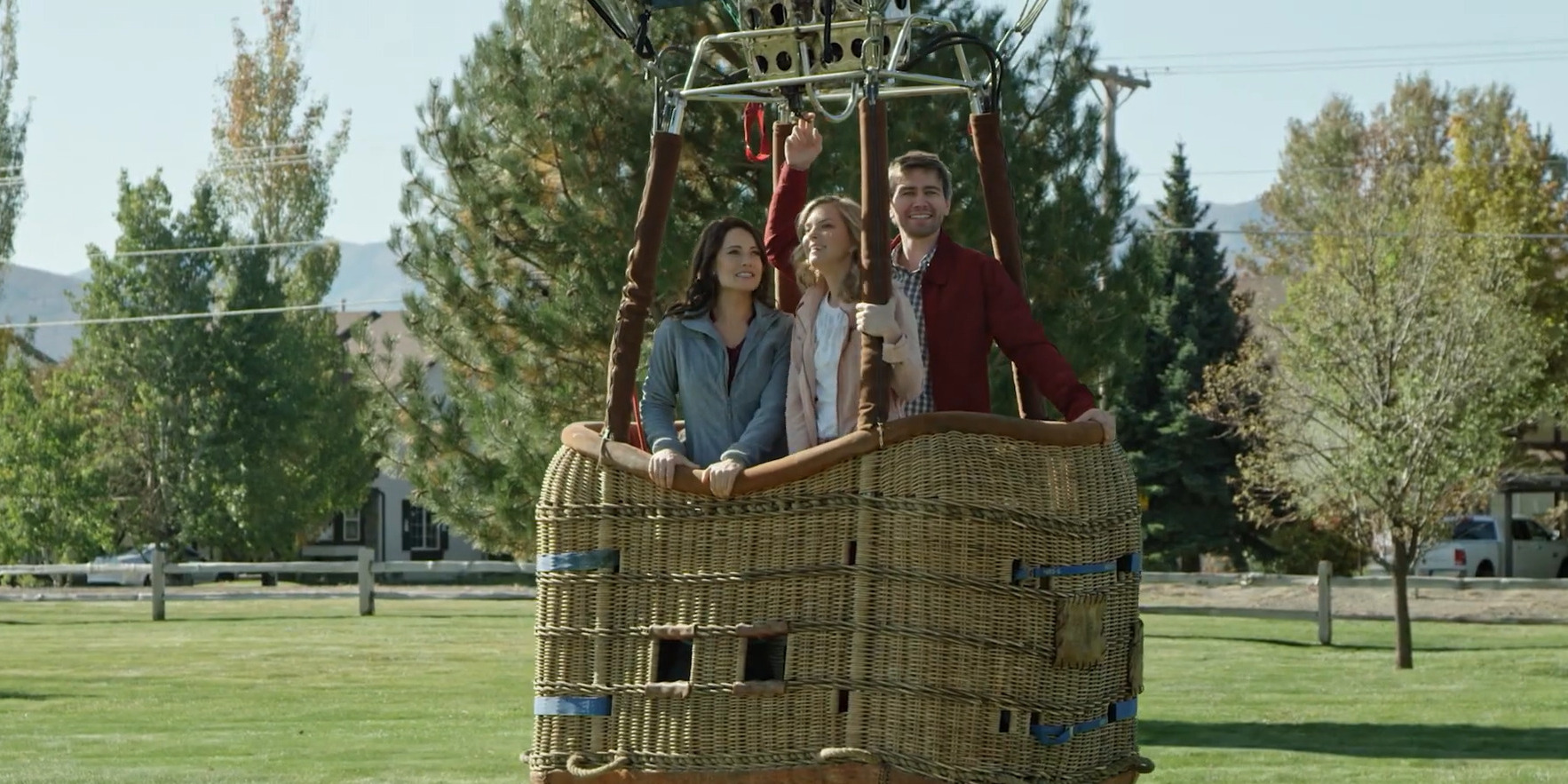 ‘Romance is in the Air’ is a romantic comedy film that follows Eden Clarke, as she goes back to her roots to unwind, only to realize what she had been missing all her life. Eden is a marketing executive who is exhausted because of her demanding job and desperately needs to get away from the stifling city life. Aiming to rejuvenate her senses, Eden decides to visit Lake Tahoe, where she used to spend her vacations in her teenage days. Upon reaching, Eden meets her childhood friend Riley, who is striving to keep his hot air balloon start-up afloat.

While helping Riley with his business, Eden begins to develop feelings for him. Riley secretly feels the same away about Eden and even asks her to contemplate her decision about leaving the serene Tahoe and returning to her boring life. If Eden stays, she risks losing her job and boyfriend but if she leaves, the marketing executive could lose out on spending her life with her true love, Riley. What will Eden choose? ‘Matchmaker Christmas’ and ‘Timeless Love’ Brian Brough is at the helm of the movie, while Brittany Wiscombe serves as the writer. In case you wish to know about the filming locations of the ‘Romance in the Air,’ we have got you covered.

Romance in the Air Filming Locations

As you are already aware, a major part of the romantic movie is set around Lake Tahoe. But was it actually shot there? You may ask. Yes, ‘Romance in the Air’ was filmed in Tahoe on the California side, along with the state of Utah, in the United States. Without further ado, check out the specific areas where the movie was filmed.

The production department chose the serene and beautiful resort city of South Lake Tahoe as a filming location for the movie.

Torrance Coombs, who plays the co-lead Riley in the movie, took to his Instagram account to share a picture, wherein he is sitting on a rock by the pristine lake.

Here’s a collection of behind-the-scenes pictures posted by Sashleigha Brady, featuring the cast and crew of the Hallmark production. She plays Eden’s supportive best friend Kate in the movie,

The principal photography concluded on October 23, 2019. Here’s a picture of the cast and crew members, celebrating their final day of the shoot. Go on, swipe through!

A part of the El Dorado County, California, the South Lake Tahoe city is located on the southern shore of the freshwater Lake Tahoe, which bestrides the California-Nevada border. The resort city is a major tourist attraction and there are many resorts and hotels near the location. Just start a fire pit by the lake, grab a beer, and enjoy the zen-like calm of the ecologically aware place.

In the movie, there is a scene where Riley invites Eden and Kate for a hot air balloon ride. When their other friends bail out of the plan, the trio hops on the balloon basket to enjoy the breath-taking aerial view of the city. Well, that part along with several other scenes, was filmed in Park City, in the western American state of Utah.

Amazed by the city’s beauty, Torrance clicked a selfie with Franz The Bear, which is a 5′ high bronze statue that sits on a bench with room one more person. It is one of the tourist hotspots in the city.

Romance in the Air Cast

Canadian actor Cindy Busby essays the character of Eden Clarke. You may recognize her as Ashley Stanton from ‘Heartland.’ Her other notable credits include ‘Cedar Cove,’ ‘When Calls the Heart,’ ‘Somewhere Between,’ ‘Date My Dad,’ and ‘The Wrong Stepmother.’ Joining Cindy in the movie as her love interest, Riley, is actor Torrance Coombs. The green-eyed actor is best known for his performance in ‘Reign,’ ‘The Originals,’ ‘Battlestar Galactica,’ and ‘The Tudors.’

Interestingly, both Cindy and Torrance are a part of the cast of ‘Heartland’ but their characters never cross each other’s paths in the show. Sashleigha Brady stars as Eden’s best friend Kate, while David Cleveland Brown appears as Eden’s boyfriend, Michael. Tim Flynn steps into the role of Riley’s friend Spencer and Lonzo Liggins stars as Eden’s boss, Reese.