Selling the OC: Where is the Cast Now? 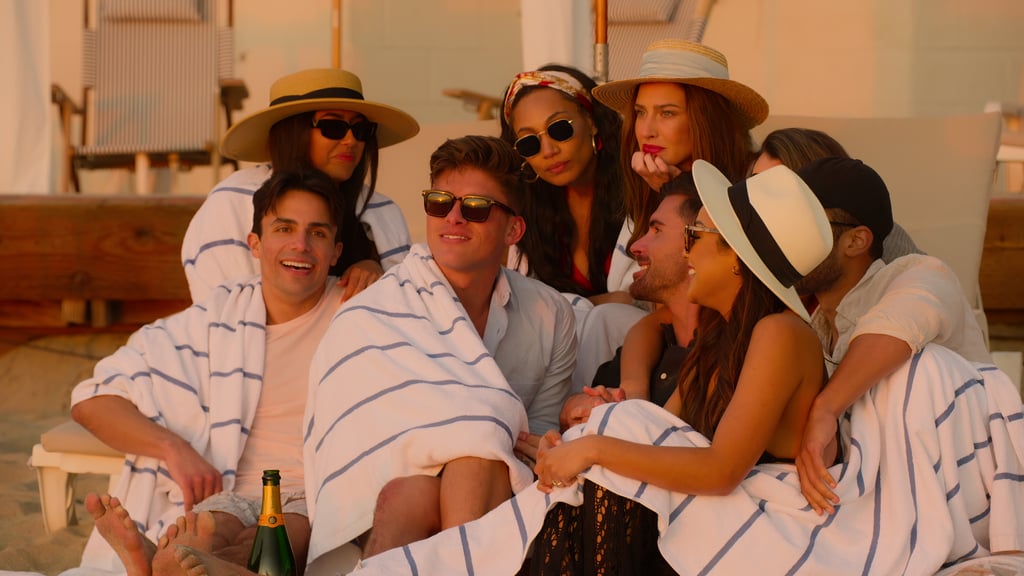 As a reality series that centers around a group of feisty real estate agents who only deal in high-end properties, Netflix’s ‘Selling the OC’ lives up to its franchise name in every way imaginable. That’s because it chronicles not just the realtors’ professional experiences but also their personal affairs — full of luxury, glamour, friendships, feuds, ambition, as well as undeniably catty drama. So now, since the debut installment of this gripping production has finally landed on our screens, let’s learn a bit more about the current standing of its diverse leading cast members, shall we?

Where is Alex Hall Now?

Although Alexandra “Alex” Hall has a background in Interior Design, she has honestly been thriving in the Realty industry from the moment she first stepped foot in it back around early 2013. It thus comes as no surprise the Oppenheim Group employee is currently considered a “top tier” agent throughout Orange County due to her visionary, planning, negotiation, and entrepreneurial skills. However, her growing online presence makes it clear her priority is her kids — the single mother of two works hard only to provide for them because they truly are her best friends and her whole world.

Where is Alexandra Jarvis Now?

Alexandra Jarvis may embody her home state Alabama with her southern charm, yet the truth is her confidence, tenacity, and drive are that of her Southern California base through and through. Therefore, apart from being an active realtor associate, she proudly even serves as a litigation attorney at the moment, all the while dabbling in modeling to make the most of every opportunity. We should mention Alexandra is happily engaged to Slip Cash CEO Sergio Ducoulombier (her beau of over three years), whom she has actually referred to as “my love” or “my Serg Protector” on Instagram.

Where is Alexandra Rose Now?

The third and final Alexandra is Alexandra Rose, whose finance & economics degree, alongside her experience in traditional client services/sales, have helped her a lot in real estate. Like her fellow co-stars, she hence continues to be a part of The Oppenheim Group, with the only difference being she’s also seemingly hoping to establish herself as a model of sorts. Alexandra has since indicated she’s just as hungry as ever when it comes to her career, but it’s imperative to note she’s exceptionally private concerning her personal experiences. All we know is that she loves the outdoors as well as the activities it has to offer.

Where is Austin Victora Now?

Austin Victoria kickstarted his real estate career in 2017, just to venture into the affluent Orange County market around 2021, where he still seems to be genuinely flourishing. He used to be a full-time model/actor based in Los Angeles before joining this industry, yet he continues to divide his time between the two places because he’s signed by Wilhelmina Model Agency as well as HRI Talent to this day. More importantly, though, the physical and mental health enthusiast appears to be in a perfectly content place with his family — wife Lisa and their twin daughters — who’re his biggest achievement.

Where is Brandi Marshall Now?

While most people know Brandi Marshall as former professional overseas basketball player turned sporting entrepreneur/public figure Sean Marshall’s wife, she’s so much more. She actually left her post as a Public Relations executive following 15+ years in the corporate world for real estate, and she has since made a name for herself as a realtor associate as well as a realtor consultant. In fact, from what we can tell, the mother of two is presently working under the banner of not only The Oppenheim Group across Orange County but also Active Realty and IRBY Real Estate Group in other areas.

Where is Gio Helou Now?

If there’s just one word we can use to describe Giovanne “Gio” Helou, it’s devoted — he sticks by his beliefs, he’s loyal to his loved ones, and he always wholly immerses himself in his job. The generational realtor thus has an unmatched reputation, especially as he specializes in selling the best of Newport Beach waterfront properties while living the same lifestyle alongside his wife, Tiffany. The latter is evidently, proudly his whole world, and his other affinities include retro motorcycles as well as fast cars that indirectly pay homage to his home county, according to his Instagram.

Where is Kayla Cardona Now?

Although Kayla Cardona is ostensibly relatively new to the luxury business, she’s quite accomplished in her own right and continues to climb the ladder to the best of her abilities. The 33-year-old has made it clear her aim is to provide her now-teenage son Jordan with the best possible opportunities despite being a single mother, so of course, she’s still a part of the renowned Oppenheim Group. Coming to other aspects of her life, the single mother even appears to be focusing on her fitness journey, all the while attempting to expand her wings as a public figure.

Where is Lauren Brito Now?

A Southern California native through and through, Lauren Brito Shortt reportedly used to run a family business in Los Angeles before stepping into real estate for good in 2017. She actually began her career with First Team Real Estate and Coldwell Banker Residential Brokerage, only to become a permanent agent at the high-end Oppenheim Group in June 2021. We should mention Lauren just recently tied the knot with Andrew Shortt, a Real Estate Advisor at Mason|Taylor Associates, with whom she shares an adorable rescue Golden Retriever named Gunner. As of writing, she is on her honeymoon in Bali.

Where is Polly Brindle Now?

Polly Brindle began her professional career at 15 when she was scouted as a model in her homeland of England, just to evolve into a fashion executive upon relocating to California in 2011. However, from the moment she earned her real estate license, that’s the industry she’s been prioritizing — she still models from time to time, but being a luxury realtor is her primary job. As for her personal standing, the single dog mom (to a cute older pup named Moose) got her United States citizenship in March 2022 and has since been living her life without any significant worries.

Where is Sean Palmieri Now?

With a degree in advertising from the University of Florida (2016), Sean Palmieri got into real estate in his native South Florida before making his way to California in early 2018. He initially took up a couple of marketing positions, only to revert to his passion by joining The Oppenheim Group in May 2021, where he continues to happily serve as a Luxury Realtor Associate. From what we can tell, the travel enthusiast is not just single at the moment, but he also divides his time between Los Angeles and Orange County while starting to dabble a little in modeling.

Where is Tyler Stanaland Now?

You might’ve known Tyler Stanaland as actress Brittany Snow’s husband (‘Pitch Perfect‘), yet he’s actually a former professional surfer and a fifth-generation agent. The truth is even though he’d acquired his license at the age of 18, he pursued his sporting dreams and traveled across the world prior to carving a niche for himself in the family business. After that, he decided to step out of the shadows to create his own legacy, leading him to maintain an active association with The Oppenheim Group from November 2021 onwards. The Orange County native, proud husband, and dog dad’s Instagram bio explain his situation perfectly, to be honest — it reads, in part, “Ocean Dweller 🌊 Home Seller 🏡.”

Read More: Why is Brett Oppenheim Not in Selling the OC?