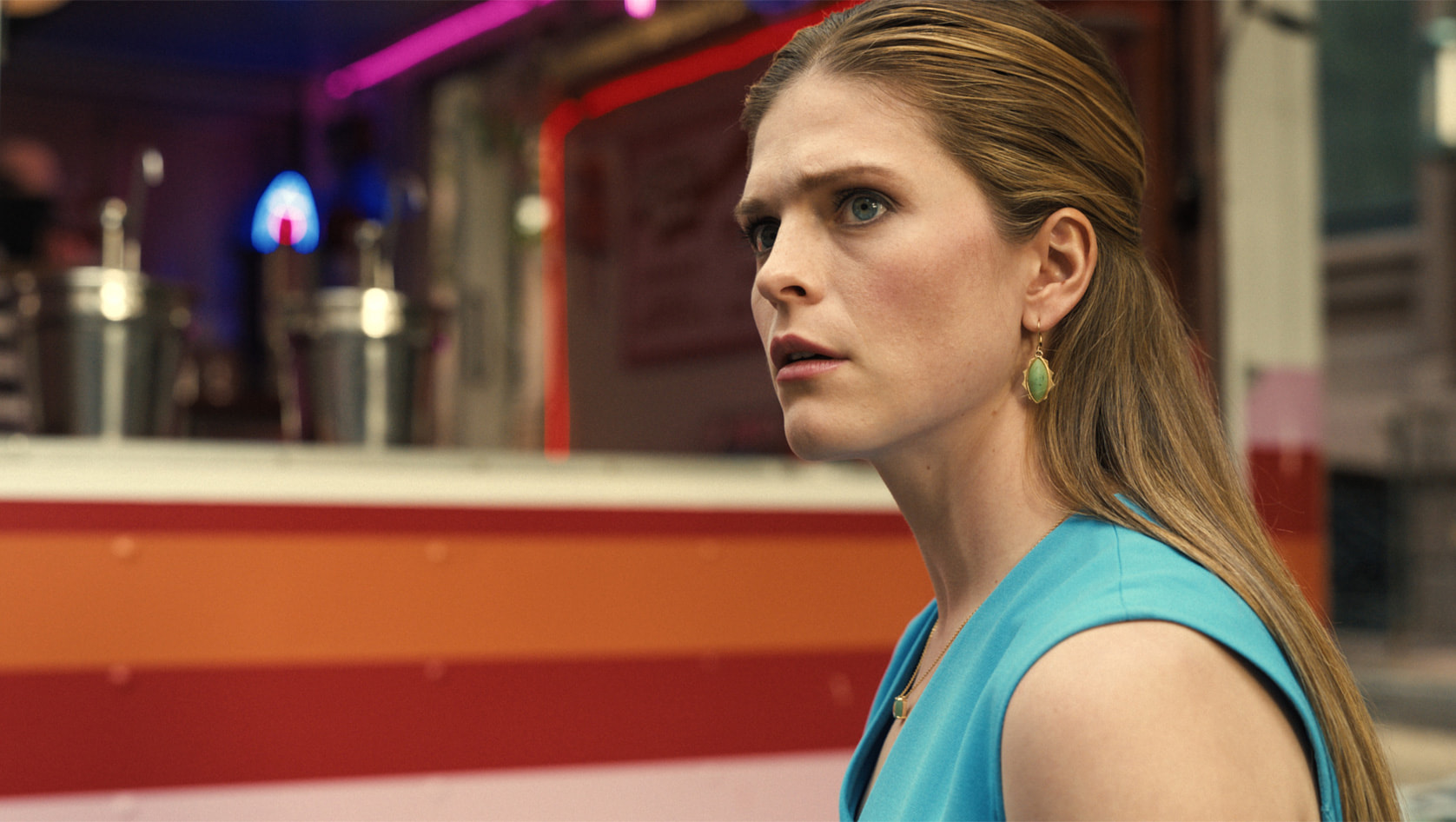 Created by Tony Basgallop and with M. Night Shyamalan as the showrunner, ‘Servant‘ is a bleak and mysterious supernatural thriller series that builds on the allure of the unknown. The Turners get back their baby after meeting possible witch nanny Leanne, who has a penchant for stray crosses and Sean’s food. Then, after lots of twists and turns and exchanges of hands, Leanne reinstates her former glory in the Turner household. The fifth episode, titled ‘Tiger,’ manages to put a lot of drama and suspense in its bite-sized duration. If those final moments are still bugging you, let us try to fill in the absences. SPOILERS AHEAD.

With the sound of an alarm, Leanne wakes up in her regular time and finds herself in Dorothy’s old pair of dungarees. After all, she is going to the fair after giving it some thought. Dorothy thinks this to be a big step for Leanne since there will be so many strangers. As Sean and Toby have stirred up a storm for the ice-cream stall, the morning is hectic. Meanwhile, Julian enters with a sly comment about the food trucks, bumping into the can of liquid nitrogen standing right next to the door. Veera has not been able to come due to some work-related issue.

Dorothy spots her rival, Isabelle, and her crew at the fair and decides to introduce Jericho before the camera. While Dorothy takes the helm of the news-casting, Isabelle gets a scoop about Dorothy from a local (the prying neighbor from the bonding session of the second episode). When Leanne sees them talking, she confronts them like a tiger. When the neighbor leaves, Isabelle thanks Leanne for the intervention, but Leanne is not fooled. She asks Isabelle why Isabelle hates Dorothy so much, even when Dorothy has been Isabelle’s mentor.

On the other hand, Sean has a brief conversation with Julian about Julian’s DNA test mishap earlier. Chef Sean also meets Nancy, the minister of Sean’s church, and Sean’s spiritual inclination, although hinted at from the second season, becomes prominent for the first time. Nancy also meets Dorothy later, and Dorothy invites her for dinner. Dorothy is surprised, for Sean did not tell her earlier about the church service. She thinks that Sean is shoving religion down Jericho’s throat, but we know that Sean has shown progress in the story.

Meanwhile, Leanne goes to a face paint parlor to get a tiger face from the tattoo artist whose mother gave her debilitating anxiety. The tattoo artist leaves midway, and a finger draws a pattern on Leanne’s forehead. The finger retreats, and Leanne opens her eyes to find the artist re-entering through the tent door. She escapes and teams up with Tobe in the absence of Sylvia, who has pretty much ghosted Tobe after the finger accident.

Leanne takes part in a game and wins a llama. She tries to present it to Tobe, but Tobe politely rejects it while agreeing to carry it for her. Then, Leanne is hungry, and the food search sends her to a dark tent. She encounters some shady people there, and they chase her to the middle of the road. Leanne reaches home alright, but we have some explaining to do.

Servant Season 3 Episode 5 Ending: What Happened To Leanne? Is She Safe?

Leanne meets a woman and a man in the tent, who also seem to have a similar dagger as Uncle George. Leanne’s reaction also suggests that these people belong to the Church of the Lesser Saints. While we have seen the black shirt guy hovering near Sean’s food counter for some time, there are probably more cult members mingling in the fair crowd. The scene takes her to the middle of the street, where the cult members surround her. The two persons from the tent run towards Leanne and probably even bump into her. 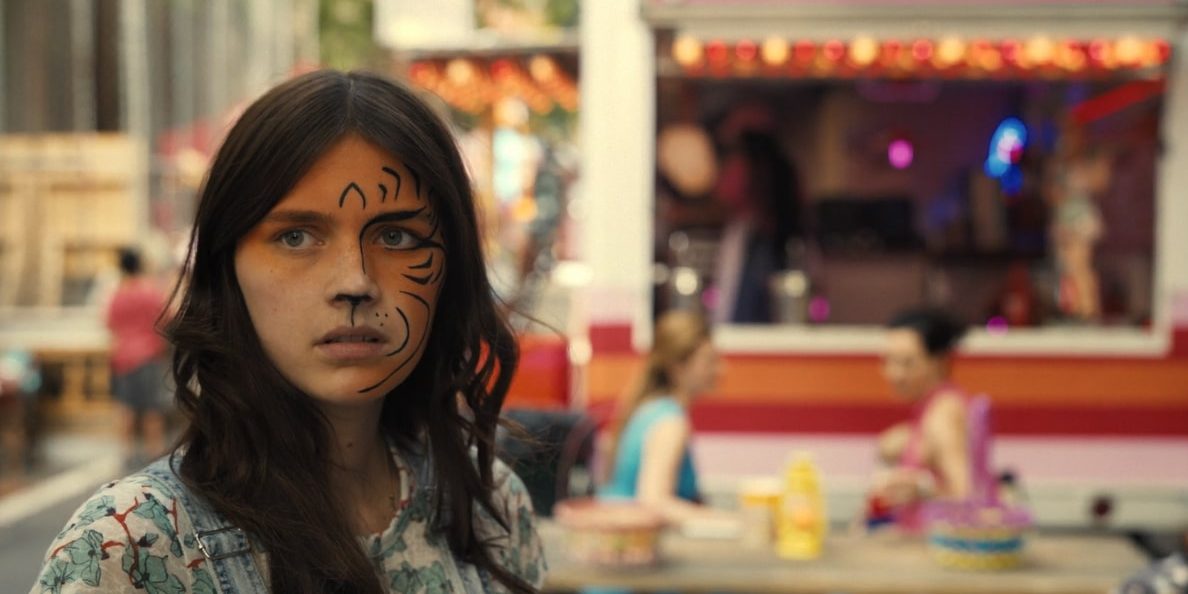 We then cut to the Turner household. Leanne is busy mopping blood and tending after her notches. Dorothy and Sean enter sometime after, and Dorothy is happy that Leanne is finally ready to come out of her cocoon. Leanne tells them that she is glad after today’s outing. Sean has taken the llama home, and now, it is a present for Jericho. Leanne hurriedly retreats to her room while Dorothy discovers blood on the doorknob.

Back in her room, Leanne draws two lines on both sides of her nose while recollecting the incident. We see snippets of the cult members torturing Leanne and Leanne groaning in pain. Now, it can be that they found out the body of Aunt Josephine and tortured Leanne for the death. Maybe they broke Leanne’s skull and implanted something since there are apparent blood clots at the back of Leanne’s head. Perhaps who returns is a different version of Leanne — a bit more ruthless and cautious than the former. Will this version of Leanne bring new terror to the family? Or maybe, she will come to see the flaws in Dorothy’s motherhood.

It can be that Leanne saved her own skin – with her supernatural powers, it is entirely possible. The name and theme of the episode — indicative of Leanne’s tiger face paint — suggests that she is a ferocious fighter. It can be Tobe, who was dancing with Leanne just before, but the chances are unlikely. It can also be Roscoe, or even Julian, who was loitering in a corner away from the party crowd as of last seen. Maybe the Church of the Lesser Saints members let her come back to the Turner household after some godforsaken ritual. While all these possibilities remain, it is crucial to acknowledge that the mystery takes another turn after the encounter, and the season starts getting intense.