9 TV Shows You Must Watch if You Love The Mechanism 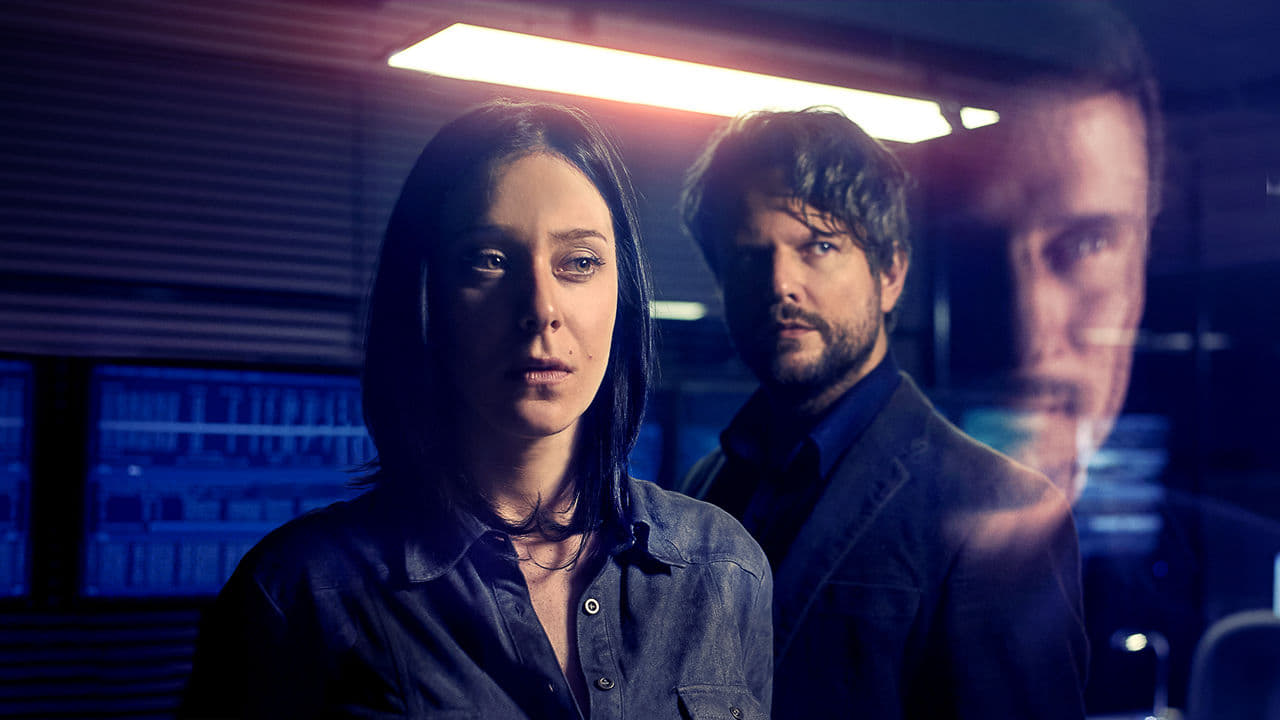 ‘The Mechanism’ is a Netflix original Brazilian TV series created by José Padilha and Elena Soarez. The central character of this show is a Federal policeman called Mark Ruffo. Along with his deputy Verena Cardoni, Ruffo manages to cause a breakthrough in a major corruption scandal involving a number of engineering firms and some top government officials. The scandal shocks the country but Ruffo never manages to prove everything in court despite arresting the main culprit, a money launderer named Roberto Ibrahim. Cardoni, however, does not give up and starts investigating herself from where Ruffo left the case.

The series received positive critical acclaim for its engaging storyline and impressive performances by the actors. If you’re looking for shows that are thematically and stylistically similar to this one, then we’ve got you covered. Here’s the list of best shows similar to ‘The Mechanism’ that are our recommendations. You can watch several of these series like ‘The Mechanism’ on Netflix, Hulu or Amazon Prime. 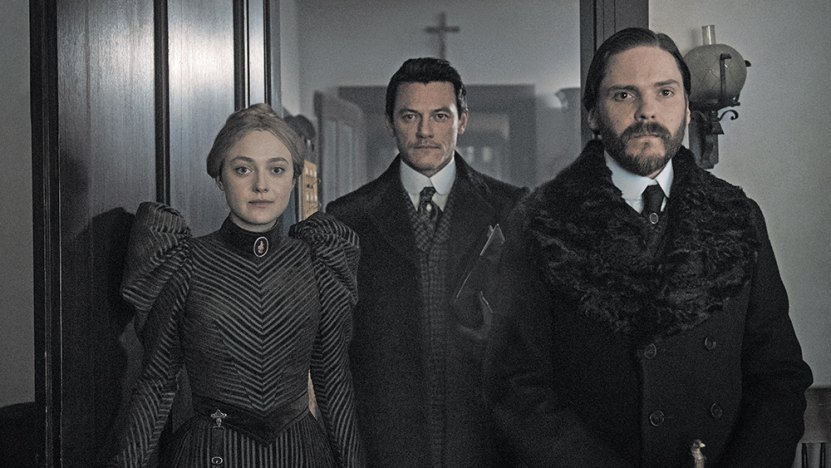 Based on the novel ‘The Alienist‘ by Caleb Carr, this period thriller stars Daniel Brühl, Luke Evans, and Dakota Fanning. The series is set in 1896 in New York when back to back murders of young male prostitutes have got the police worked up. To help in solving the case, police commissioner Teddy Roosevelt (who later became the 26th President of the United States) calls upon criminal psychologist Dr. Laszlo Kreizler and newspaper illustrator John Moore. Three other people join the team — the secretary to the commissioner Sara Howard and twin brothers Marcus and Lucius Isaacson, who work as detective sergeants for the NYPD. The team find a reason to believe that certain members of New York’s high society might be behind these heinous murders. However, their investigation faces opposition from within the department, causing more tension and conflicts. 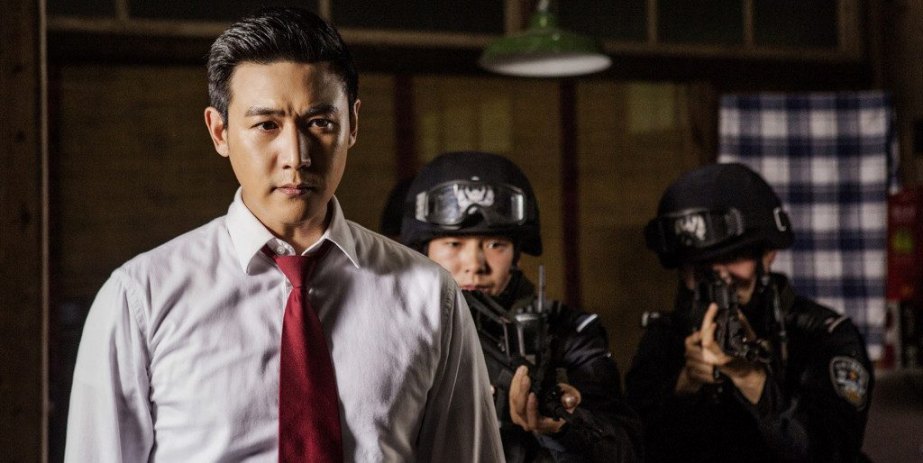 Based on a novel of the same name, this TV series deals with the corruption among leaders of the Chinese Communist Party against which a prosecutor stands up. He tries to expose all the crooked leaders in the city called Jingzhou in the Handong province. In the series, we get to hear fascinating stories about Chinese politics which are not covered by the mainstream media. The show received both commercial and critical admiration in China. Even the government censors were happy as the series tows a strict anti-corruption line as advised by the Chinese president Xi Jinping. Even the People’s Daily, the mouthpiece of the CCP, praised theshow. 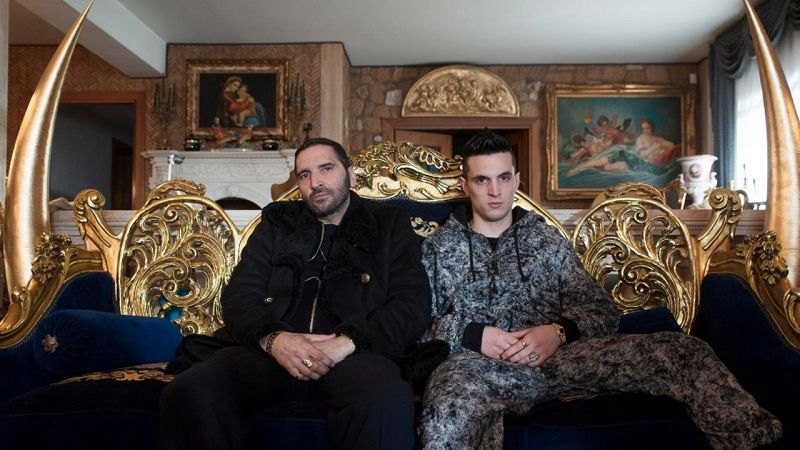 This Italian crime-drama series is the first Netflix original series from Italy. The show is based on a book of the same name written by Giancarlo De Cataldo and Carlo Bonini. The immense corruption present in the government of Rome, which ran like a mafia family, is the subject of the show. This real-life organized crime syndicate was given the name Mafia Capitale by the investigating officers. The series received widespread critical acclaim for its story, direction, and performances by the actors. 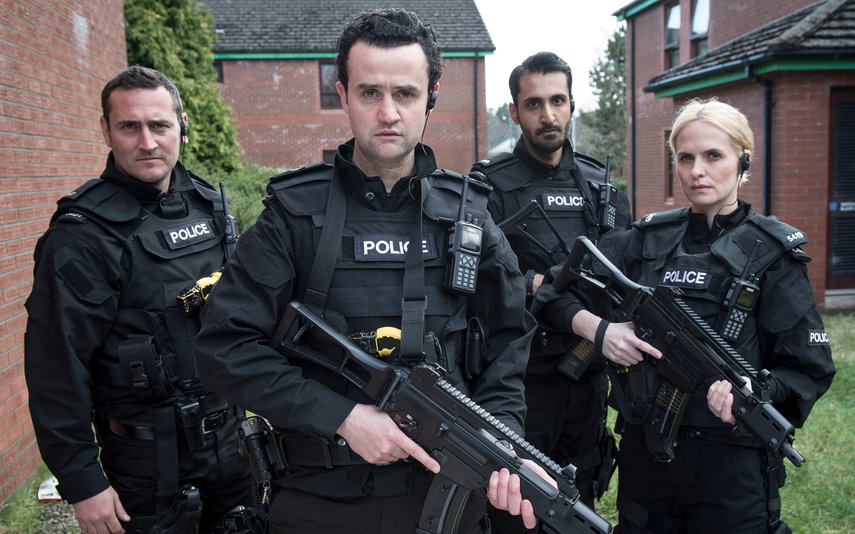 ‘Line of Duty’ has D.S. Steve Arnott as its central character. He is an Authorised Firearms Officer who has been asked to leave his position and join the Anti-Corruption Unit (a.k.a. AC-12) because of his refusal to obey the instructions of his seniors and help in covering up unlawful shootings by some of his own colleagues. At the AC-12, D.C. Kate Fleming is allotted as Arnott’s partner. Together with Fleming and other members of the Unit, Arnott tackles some of the major cases of corruption that occur within the police force and other government bodies. The series is both critically and commercially successful and is the most successful program on BBC Two in a decade. The show has also won the Best Drama Series Award at the Royal Television Society Awards and Broadcasting Press Guild Awards. 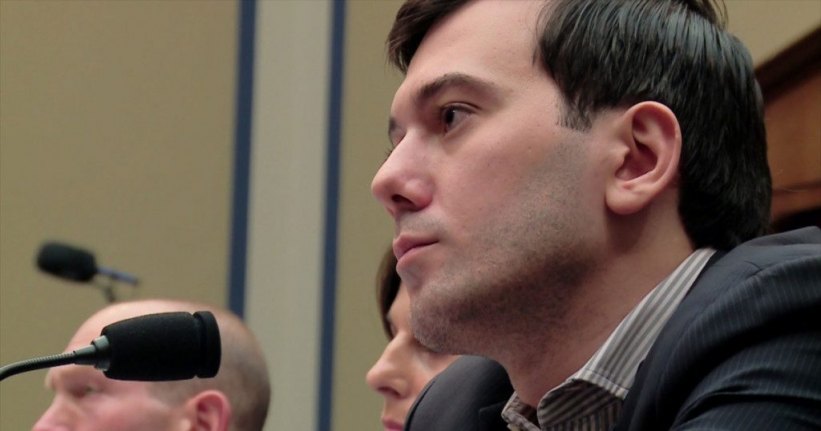 This Netflix original documentary series explores various corporate corruptions that have happened within the United States. The first season of the series consists of a total of 6 documentaries. The first episode focuses on the Volkswagen emissions scandal, where the German car company Volkswagen was charged with deliberately programming their cars in a way that there would be reduced NOx emission under lab conditions but during driving on the road, the emissions would be 40 times higher.

The scandal sent shockwaves across the automobile industry which resulted in the resignation of the CEO of Volkswagen Group and suspensions of many high-ranking officials of the company. This was followed by the case of Scott Tucker, a former racecar driver who opened up a company to provide illegal payday loans to Americans. When authorities tried shutting down the operations of his company, Tucker tried to forge an alliance with Native Americans and asked them to claim ownership of the business, which would mean that the company would get immunity from state laws as such laws do not apply to Native Americans. Among the other episodes with such shocking tales of corruption, one centers around how HSBC bank helped launder money for the Sinaloa Cartel. The series received high praise from critics. 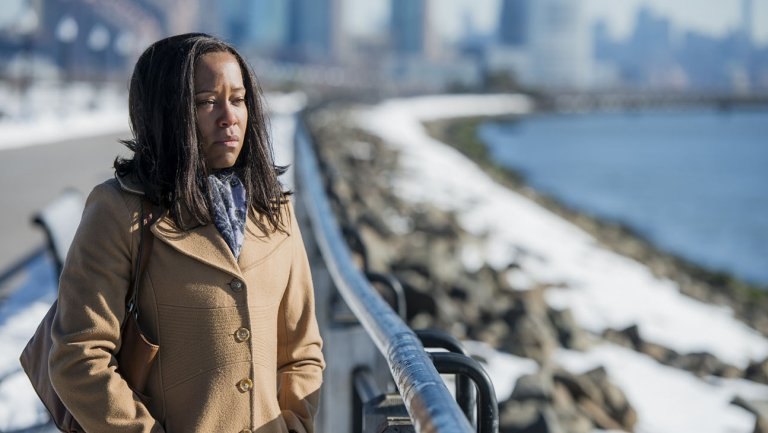 ‘Seven Seconds’ is inspired by the 2013 Russian film ‘The Major’. The story of the series revolves around an accident that occurs in Jersey City where a white police officer called Peter Jablonski hits a young black teenager named Brenton Butler with his car. Following that, instead of reporting the incident as per norms, Jablonski calls on his friends from the department, and together they try and cover up the case. This leads to severe racial tension in the city. The series received loud critical acclaim and Regina King ended up winning the Primetime Emmy Award for Outstanding Lead Actress in a Limited Series or Movie. 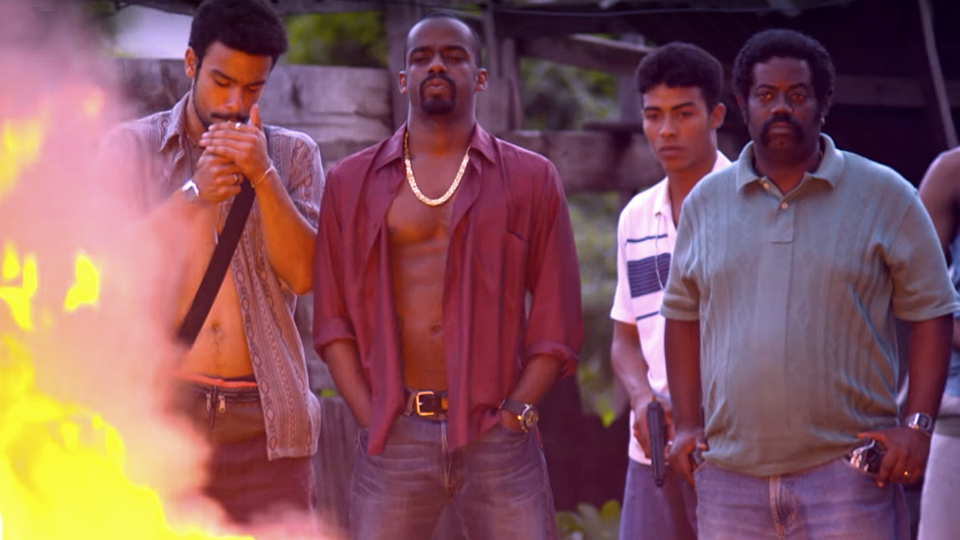 ‘Impuros’ is a Brazilian crime drama series based on real events from the 1990s. The lead characters of the show are Evandro do Dendê and Morello. While Evandro is the leader of one of the biggest criminal organizations in the suburbs of Rio de Janeiro, Morello is a police officer who is willing to go to any extent to bring criminals to justice. Both men are extremely violent and are equally respected by people under their charge for being hell-bent on achieving their respective goals. 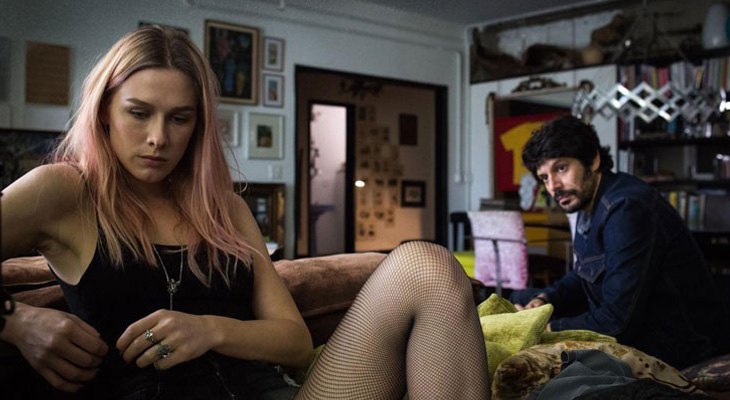 This Brazilian show is inspired by an Italian series called Allenby St. The series focuses on the business of prostitution in the Rua Augusta Street in Sao Paolo. A stripper named Mika is the central character of the story. She is trying to hide from her troubled past with this new life of hers. But her life takes another devastating turn after she meets the nightclub Hell’s manager Alex. 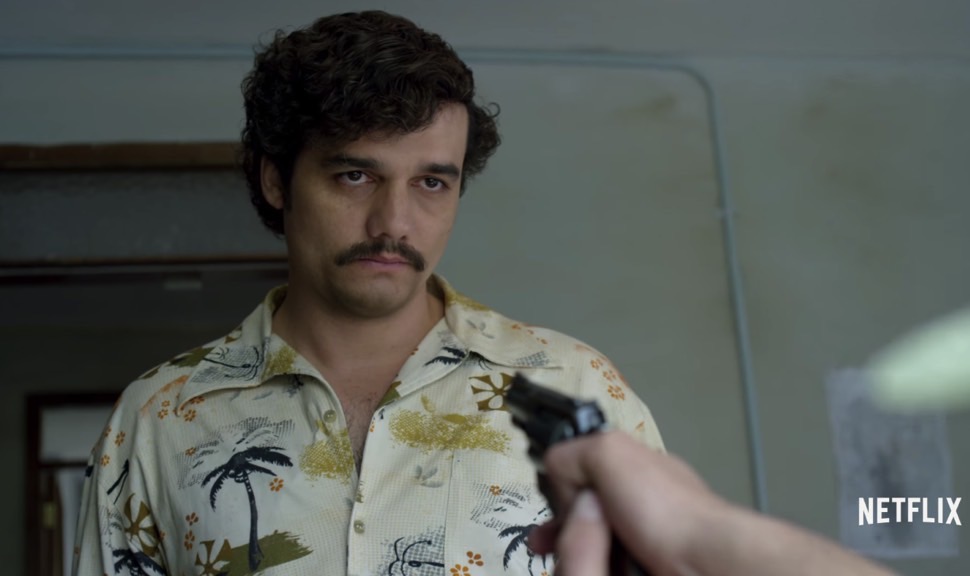 One of the most iconic Netflix original shows of all time, ‘Narcos’ chronicles the rise to power and eventual downfall of one of the most notorious criminals in history — the Colombian drug lord Pablo Escobar. Escobar ran a multi-billion dollar cocaine industry through his Medellin cartel and used a massive army of poor local boys as his personal hitmen. He became so influential and reckless that he dared to hold a courthouse hostage and burned all the evidence pointing at his association with a murder.

When the series starts, we see Escobar smuggling televisions, marijuana, and such items. But soon, he realizes that cocaine is the most profitable product to be smuggled and manufactured. He brings all the drug traffickers of Medellin under his reign. His influence among the local people makes it really difficult for the police officers to nab him. Brazilian actor Wagner Moura plays the part of Escobar and his performance is, without a doubt, one of the finest ever in television in recent times. The show received unanimous critical acclaim and spawned a sequel called ‘Narcos: Mexico’.