10 TV Shows You Must Watch if You Love The Village 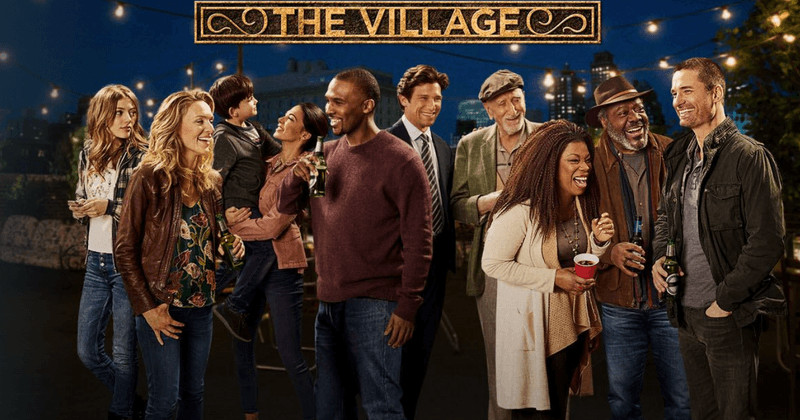 The Village is a family-driven drama that premiered with its first season on March 19, 2019, on NBC. Featuring an ensemble cast comprising of Moran Atias, Michaela McManus, Frankie Faison, Jerod Haynes, Grace Van Dien, Warren Christie, Daren Kagasoff, Lorraine Toussaint, and Dominic Chianese, the plot of this TV series mainly revolves around the residents of an apartment building in Brooklyn. It is about the general ups and downs of families in the neighborhood where each individual has his/her own story to tell. While one is a nurse and a single mom trying to raise a creative teenager, another is a young law student struggling to cope up and live with a much older roomie.  Again, there’s a mother who tries to save her son from being recruited in the army. We also meet the war-returned veteran who has just come back to his family from Afghanistan and is getting used to staying with his close ones. Then there’s also a couple, who come with their own individual tales.

Overall, ‘The Village’ comes as a breath of fresh air with its simple, heartwarming storyline amidst a society ridden with technology, social media, and virtual relationships. It teaches us how to reach out to each other during times of crisis, trouble, happiness, and sorrow. Well, if such stories fascinate you and you are looking for similar titles that deal with basic human relationships, then you are at the right place. Here’s the list of best shows similar to ‘The Village’ that are our recommendations. You can watch several of these series like ‘The Village’ on Netflix, Hulu or Amazon Prime. 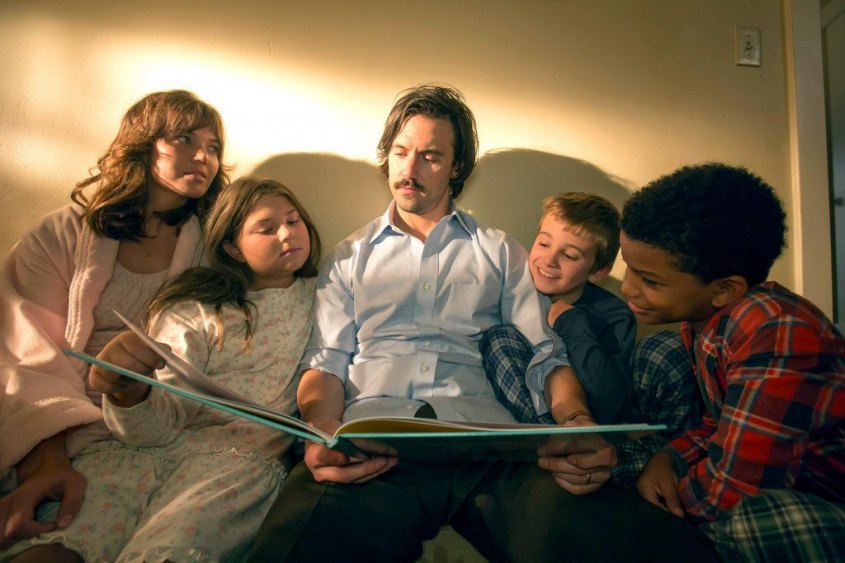 ‘The Village’ has already received a lot of comparison with NBC’s This is Us because of their similar concepts. This comedy-drama series first aired on September 20, 2016, and is centered around the lives of two individuals and their three children. The only difference is that the format of this story uses different time frames. Kevin, Kate, and Randall are three siblings and their parents are Jack and Rebecca Pearson. The narration of the show follows the pattern of a series of flashbacks where we get to witness the family at different moments in their previous years. Jack’s wife, on her husband’s 36th birthday, gives birth to premature triplets. While Kate and Kevin survive, their third sibling is stillborn. On that same day, another man brings and leaves his newborn son at the hospital. Jack and Rebecca then adopt this African American child and name him Randall. Jack dies when all his kids reach the age of 17.

Currently, all three siblings live in different cities and the show uses throwbacks to focus on various time periods. For instance, we get to see Jack and Rebecca before they became parents and even after their babies were born. We also get to see the siblings in their different stages of growing up, when they were 8 to 10 years old, as adolescents, and as adults. The non-linear narrative is one element which sparks up the interest of this show. The heart-touching, family-driven soap opera has also received several awards and nominations for its authentic and refreshing approach. 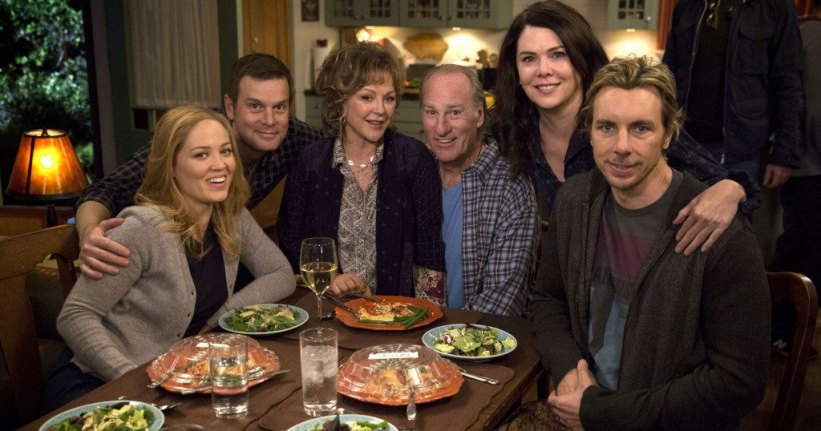 Another family drama, ‘Parenthood’ is about the Braverman family, spanning across three generations – an old couple, Zeek and Camille, their four children, Adam, Sarah, Crosby and Julia, and their families. It aired on NBC from March 6, 2010, to January 29, 2015, and consisted of 6 seasons. Adam’s wife is Kristina and one of their kids, Max, suffers from Asperger’s syndrome. Divorced Sarah is the mother of two teenagers. Crosby’s wife is Jasmine and they have two kids and Julia and her husband Joel have one daughter. With its deft touch and careful characterizations, ‘Parenthood’ is a coming-of-age family drama that is apt for audiences of all age groups. 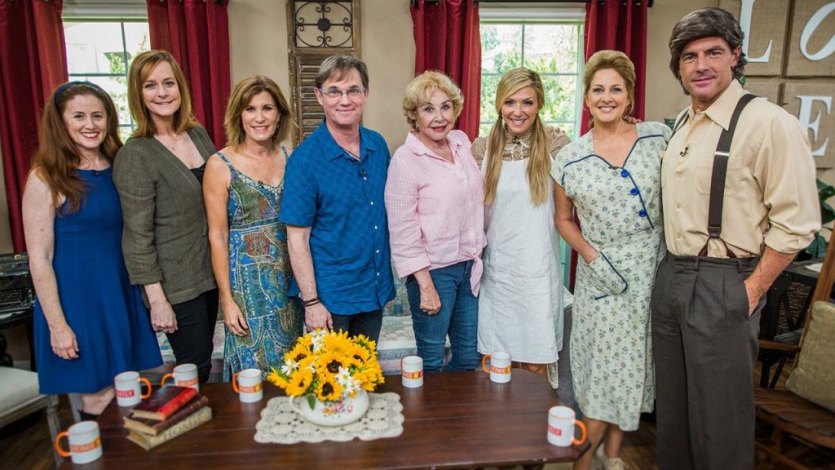 The American TV series, ‘The Waltons’, stands true to the adage, old is gold. Created by Earl Hamner Jr., it aired on CBC from September 1972 for nine seasons. The story of this show centers around a 17-year-old journalist and novelist, John Walton Jr., his parents and their parents, and his six siblings. Set in the mountains of Virginia during the period of WWII and the Great Depression, the plot of ‘The Waltons’ focuses on the simple country life during those times. It gives us a glimpse into how the family manages their lives by small-scale farming and hunting. Gradually, the children grow older and slowly abandon their innocent, carefree ways to become more responsible and face the harsh realities of adulthood. 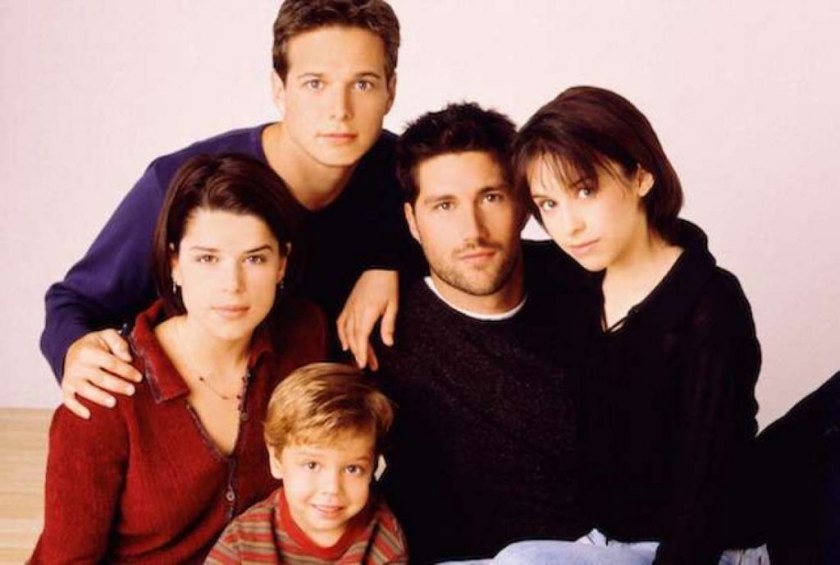 This teen and family drama, spanning 6 seasons, aired on Fox from 1994 to 2000. It revolves around the Salinger Family which lives in San Fransico and comprises five siblings. When their parents are killed in a car accident, they are left to fend for themselves. The characters comprise 24-year-old Charlie, who is irresponsible, immature, and a womanizer. He now struggles with his new role as the family patriarch. Next comes the responsible 16-year old Charlie, sensitive 15-year-old Julia, 11-year-old Claudia, and 1-year-old baby Owen. As the siblings take over the responsibilities of running the family, we see their various challenges, including Charlie’s battle with cancer, Bailey’s struggle with alcoholism, and Julia’s abusive relationship. Focusing mainly on parental loss, this series is touching and heartbreaking at the same time. 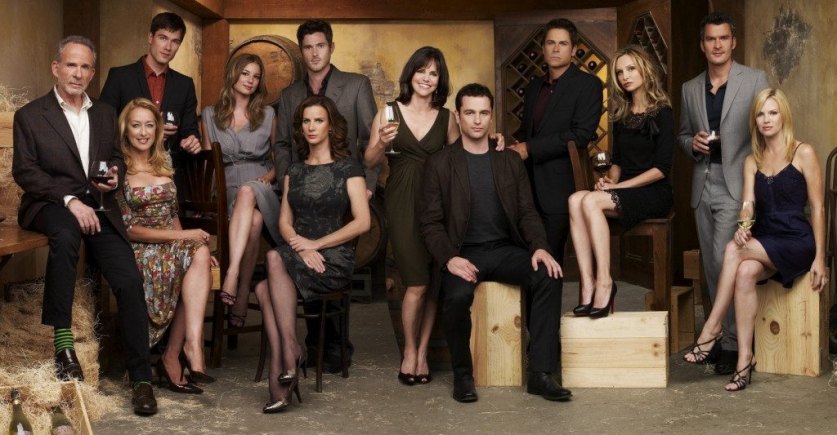 ‘Brothers & Sisters’ is an American television drama series that ran for five seasons on ABC from 2006 to 2011. It follows the life of the Walker family, which comprises the matriarch Nora Walker and her children Sarah, Tommy, Kitty, Kevin, and Justin after the death of their father William Walker. William was the founder of Ojai Foods, their family-owned enterprise. Kitty is an activist, Kevin is a gay lawyer, and Justin has recently returned from a war-torn Afghanistan and suffers from substance abuse. The story arcs mainly comprise the romantic linkings of the family members, their control over the business, and simple sibling issues. However, what prevails towards the end is family love and unity. 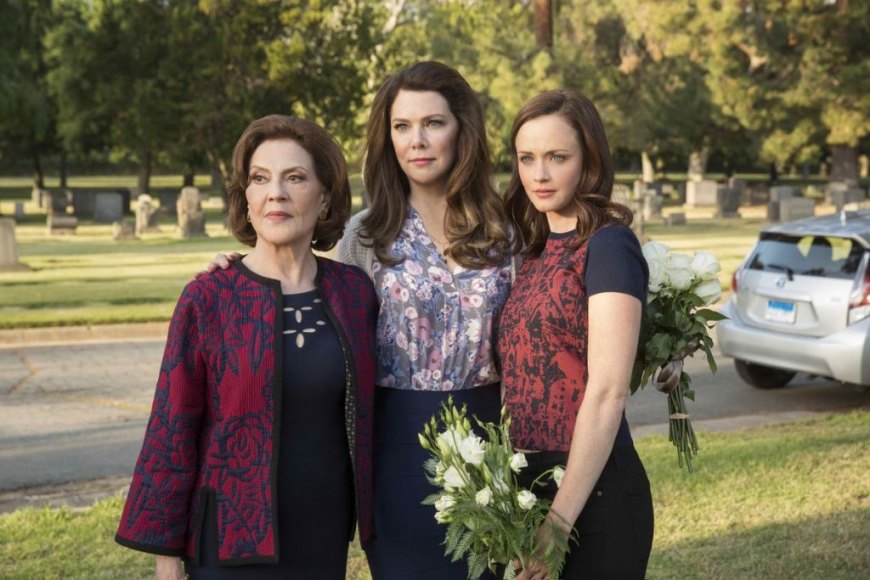 Gilmore Girls is yet another addition on this list because of its focus on a single mother, Lorelai Gilmore and her relationship with her daughter Rory. It premiered on October 5, 2000, on The WB and ran for seven seasons, concluding with its finale on May 15, 2007. The show is set in a fictional town and centers around topics such as education and relationship problems, generation gaps, and family issues. 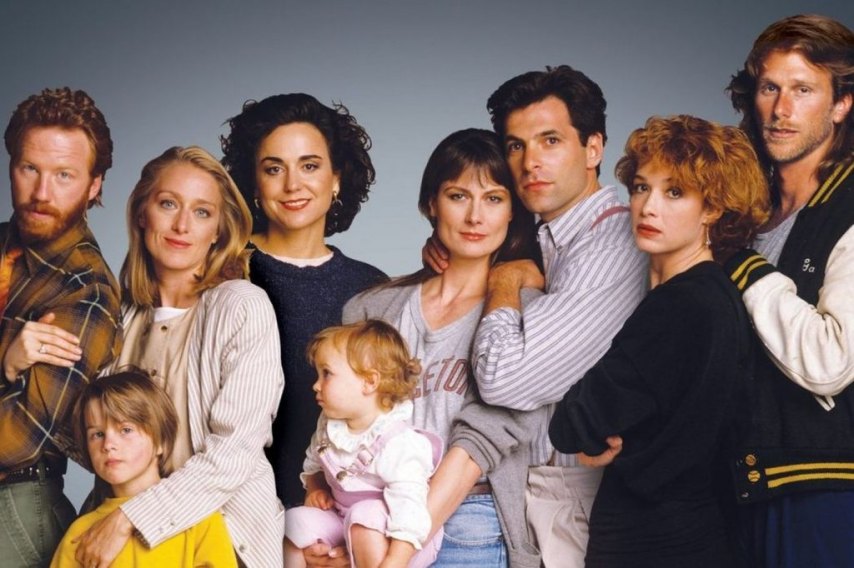 This ABC show ran from 1987 to 1991 and explores a group of 30+ individuals as they adjust to the 80s American culture while being dominated by the 70s way of life in their adolescent years. The story is about couple Michael Steadman and Hope Murdoch and their baby Janie. This show also explores other characters such as Melissa, Michael’s photographer cousin, her ex and Michael’s college friend Gary Shepherd, Gary’s wife Susannah and Michael’s business partner, Elliot Weston who is currently going through a rough patch in his marriage. Exploring strained relationships, hope, and disappointments, ‘Thirty Something’ also stresses how people reach out to each other during difficult times. 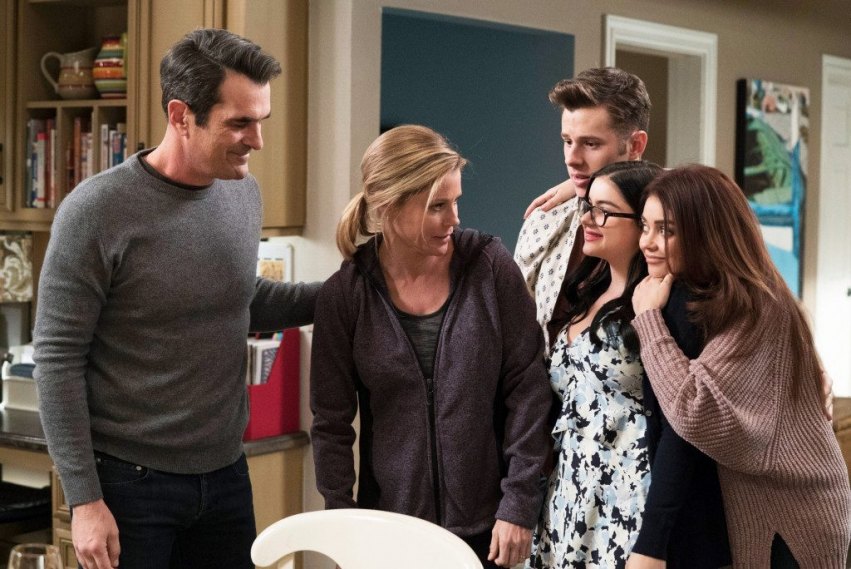 This American mockumentary family sitcom deals with the lives of  Jay Pritchett and his family which includes his second wife, his son, the couple’s stepson, and two grown-up children with their kids. Jay remarries a much younger Gloria, with whom he has a son named Joe and a stepson from Gloria’s earlier marriage, Manny. Jay’s older daughter Claire, a homemaker-turned-working woman, is married to a realtor and has three kids. Mitchell, Jay’s gay lawyer son, is married to Cameron, and they have an adopted daughter. As evident from the name, this comedy-drama deals with modern-day problems and tries to offer solutions in a funny, witty way. Set in suburban LA, Modern Family first debuted on September 23, 2009, and concluded with its 11th and final season on February 5, 2019. 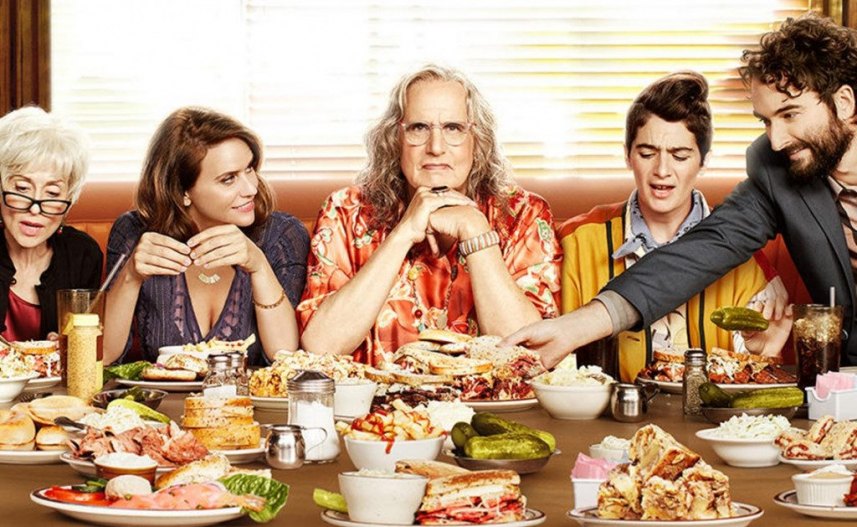 Another American comedy-drama, ‘Transparent’ debuted on Amazon Studios on February 6, 2014. Again based in Los Angeles, this series is about a family which discovers that their father is actually a trans-woman. When Mort, the patriarch, wants to disclose his secret to his three adult children, he invites them for dinner. However, the conversation soon takes a different turn and he again is unable to share the news. Then one day, he returns home to discover his married daughter getting intimate with her ex. His secret unravels and his daughter, obviously, can’t do much about it now. What unfolds is one secret after another which brings in plenty of chaos to this already dysfunctional family. 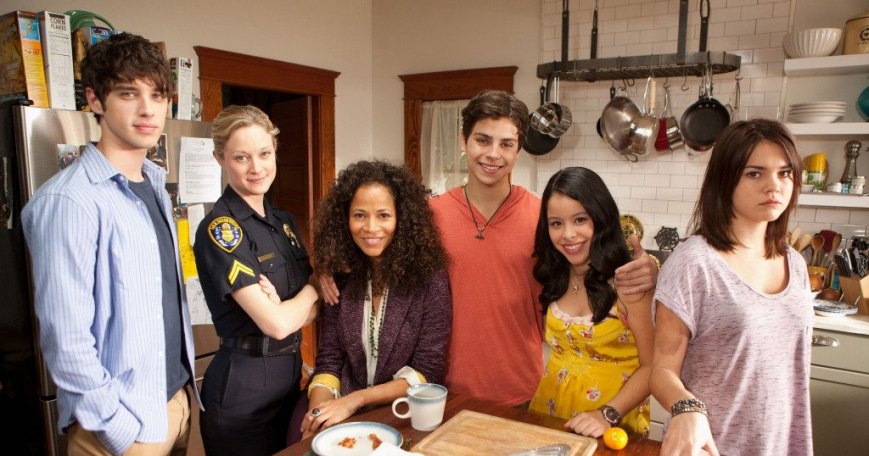 ‘The Fosters’, created by Peter Paige and Bradley Bredeweg, is another family-centric American drama. It was first released on June 3, 2013, on the Freeform television network. It aired its final episode on June 6, 2018, after running for 5 seasons. The Fosters, as the name suggests, is about a lesbian couple Stef (a cop) and Lena (a school vice president) who act as a foster family, bringing up one biological and four adopted kids. This series beautifully showcases the ideas of LGBT relationships, adoptions, and teen hopes and dreams, making it one of the most unique, thematically ambitious shows to have come out in recent times. The show received high praise from numerous critics.