‘Space Jam: A New Legacy’ is a live-action/animated film that serves as a standalone sequel to the 1996 hit film ‘Space Jam.’ It is directed by Malcolm D. Lee and stars LeBron James in the lead role as a fictionalized version of himself. Don Cheadle, Cedric Joe, and Sonequa Martin-Green join the NBA superstar in live-action roles while Jeff Bergman, Eric Bauza, and Zendaya feature in voice roles.

The movie follows LeBron as he tries to defeat the rogue AI system Al-G Rythm with the help of the Looney Tunes. LeBron must win a modified game of basketball to ensure he and his family can return to the real world. The family entertainer is full of enjoyable moments and ends on a satisfying note. Here’s everything you need to know about the ending of ‘Space Jam: A New Legacy.’ SPOILERS AHEAD.

In ‘Space Jam: A New Legacy,’ LeBron James pushes his son, Dom, to become a basketball player. While Dom enjoys playing ball, he is more interested in designing video games. At a meeting with Warner Bros Studios, LeBron rejects the idea of the AI system Al-G Rhythm (Cheadle) and using his digital likeness to star in the films. This rejection hurts Al-G, who warps LeBron and Dom into his digital reality known as the Serververse. Al-G challenges LeBron to a basketball match. If LeBron wins, he and Dom can go back home. If he loses, he has to remain inside the Serververse forever. 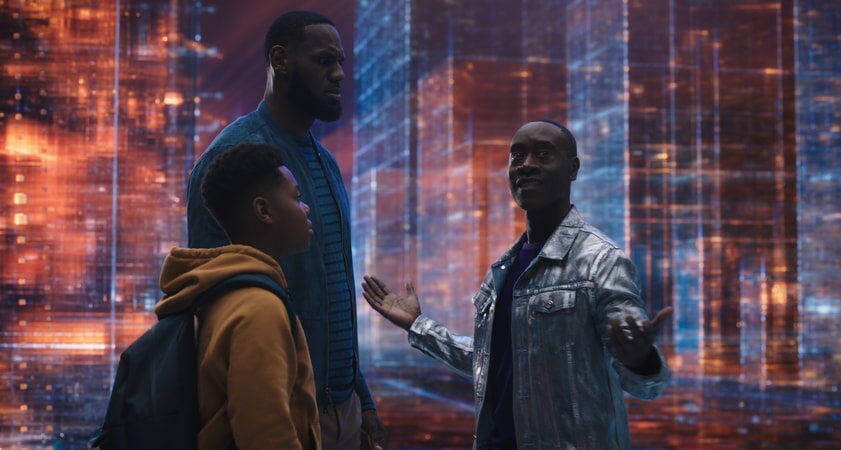 Meanwhile, Al-G manipulates Dom into siding with him and uses Dom’s game — a modified version of basketball — as the basis for the match against LeBron. He uses the likenesses of real basketball players to form his team of upgraded digital characters, naming it the Goon Squad. The stage is set, and Dom leads the Goon Squad against his dad’s team. How this unique game of basketball, dubbed “DomBall,” ends makes up for the rest of the plot.

Space Jam: A New Legacy Ending: Who Wins The Match?

As the match begins, Al-G brings in numerous fans of LeBron from the real world as well as his family as spectators. Al-G explains that if the Tune Squad loses, everyone will have to remain in the Serververse. Moreover, the Looney Tunes will be deleted. Therefore, the stakes are pretty high, and the fate of a lot of people rests on the Tune Squad, who must win the match. However, the Goon Squad proves far superior to the Tune Squad, and the latter is trailing badly by halftime. 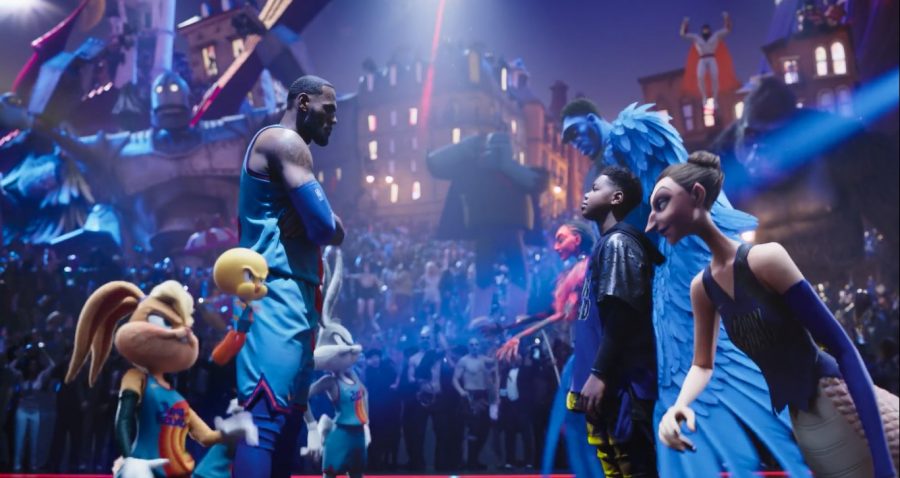 LeBron realizes that by forcing the Tunes to be like him, he is restricting them from playing to their full potential. In the second half, the Tunes are up to their familiar looney antics that help the team get back in the game. LeBron apologizes to Dom, who has a change of heart and joins the Tune Squad. Al-G begins to cheat, and with 10 seconds left on the clock, the Tune Squad trails by a point. Dom suggests using LeBron’s special move that previously crashed Dom’s entire game.

However, whoever performs the move risks getting deleted in the same way as Dom’s video game character earlier in the film. LeBron decides to perform the move, but Bugs steals the ball and shoots. With Dom’s help, LeBron puts the ball in the basket, and the Tune Squad wins. In the end, everyone gets to go home. It is the perfect ending to an underdog story. Challenge after challenge emerge in front of our protagonists who ultimately, against all odds, prevail. Bugs making the sacrificial play stands as a reminder of the importance of being a selfless player on and off the field.

After parting ways with LeBron and Dom, the Tunes see their homeworld getting restored. Bugs finally gets his wish of reuniting with the Tunes, who he considers family. However, he doesn’t seem like himself, and a glitching effect takes over his appearance. Bugs bids farewell to the teary-eyed Tunes by announcing, “That’s all folks,” and turns into a bright shining light. It seems like Bugs gets deleted. 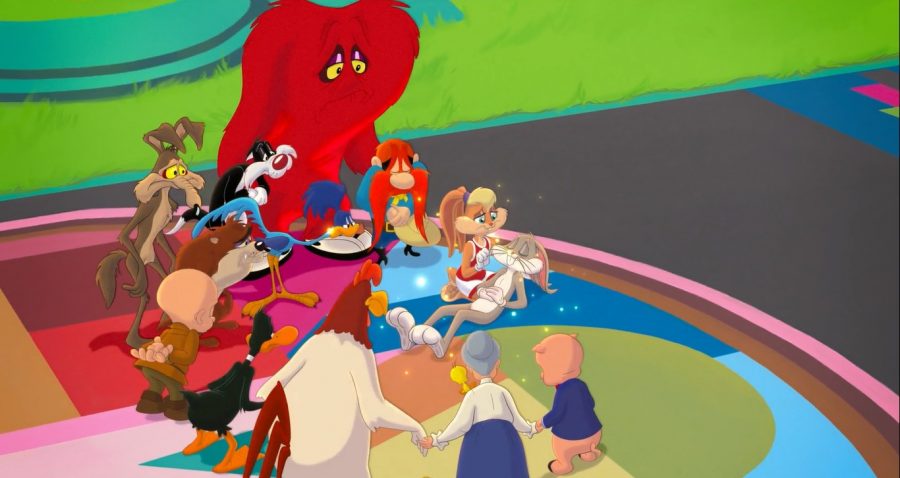 However, in the movie’s final scene, Bugs appears in front of LeBron in the real world. He is there for a vacation and has brought along the entire gang. He tells a surprised LeBron that it isn’t easy to get rid of him. While it is never completely explained how Bugs survived the deletion, it is possible that the modifications Dom and Al-G made to the game ended up sorting the glitch. Or perhaps it is Bugs’ program that prevents him from getting deleted in the first place. In either case, we are happy to see our favorite looney Bunny still hopping around.

Does Dom Go To Videogame Camp?

Earlier in the movie, LeBron strongly advises Dom to attend basketball camp as he thinks his son can become a great professional baller if he puts in the hard work. However, Dom’s interests lie in designing videogames, and he wishes to attend a videogame camp. When LeBron refuses to allow Dom to attend the videogame camp, Dom says he hates basketball because of his dad’s constant pressure. 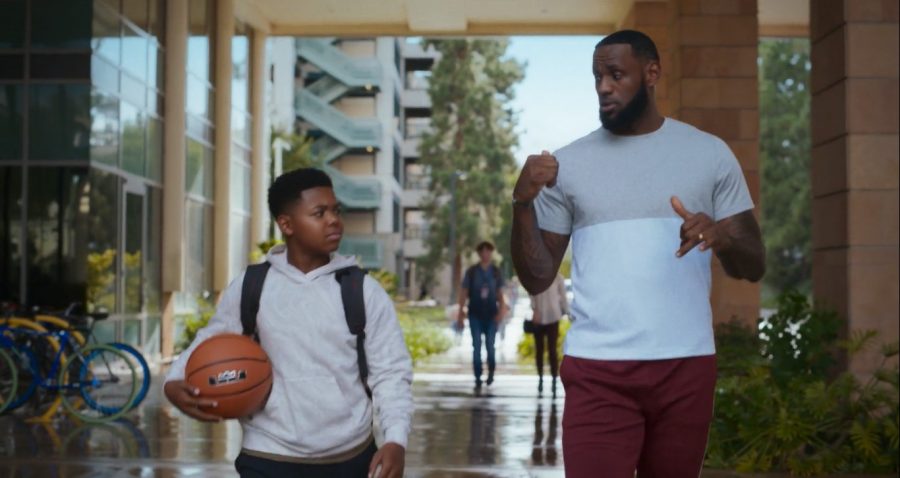 However, in the end, we see LeBron dropping off Dom at basketball camp. Dom has fun playing the sport with his dad in the Serververse, and that has likely changed his mind. At the same time, LeBron has realized the errors in his ways and allows Dom to become his own person. Therefore, he has actually brought Dom to videogame camp, much to his son’s surprise.

The relationship between LeBron and Dom is the emotional core of the film, which holds together the whacky premise. Hence, the conflict between the father and son getting resolved makes for a satisfying conclusion to the film. The ending underlines that any good relationship is built on understanding and communication, the latter of which generally lacks in father-son relationships.

What Happens to Al-G Rhythm?

The highly sophisticated AI system Al-G Rhythm is actually an egomaniac who gets hurt by LeBron’s comments about his idea and technology. Thus, Al-G plans to make LeBron work with him forcefully. He creates various obstacles in LeBron’s path and even resorts to cheating to win. However, in the final seconds of the match, LeBron scores the winning point, rendering Al-G posterized — an in-game effect added by Dom that makes a poster out of a highlighted moment from a match. 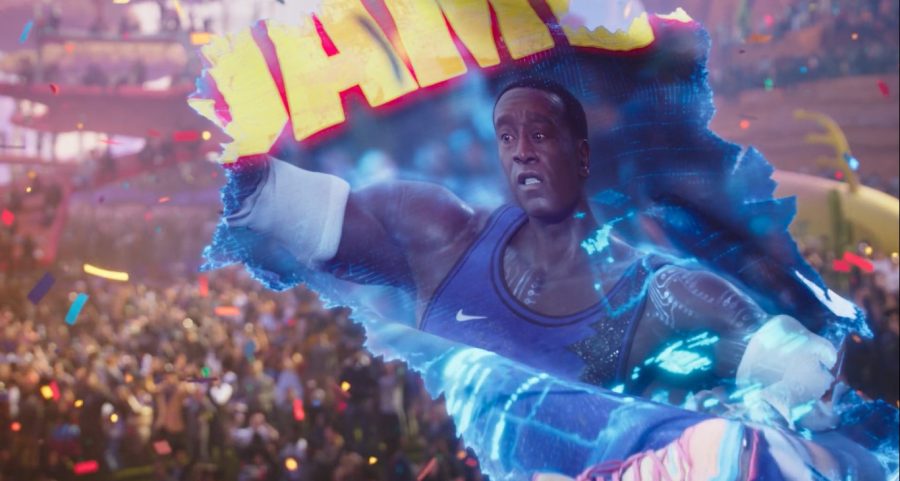 In the end, the ripped poster of Al-G is seen floating around. It is never confirmed whether he has lost his control over the Serververse, but it is possible that he is still active in some form. It is made clear earlier on in the film that the AI system is crucial to Warner Bros, and therefore, Al-G probably won’t be decommissioned so easily. The character might also have figured out a way to escape into the real world to ensure his survival and could return in a potential sequel.