The Empty Man: Everything We Know 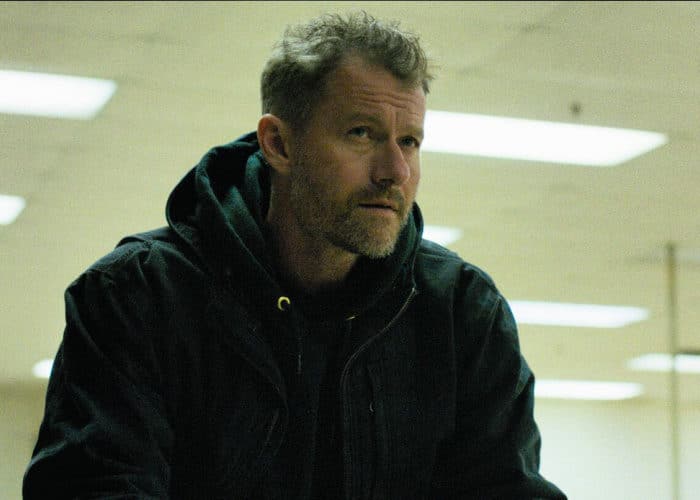 When a new horror movie is announced these days, my first reaction is generally a yawn or something that resembles one. Do I get excited to see another bunch of unsuspecting characters getting devoured by an unexplained supernatural entity one after the other in a place that seems to be light-years away from any other human being? Not really. But once a while, gems like ‘Get Out’ also come along, re-instilling my faith in the creative potential of the genre.

‘The Empty Man’ is an upcoming movie that shows such promise with its grand, apocalyptic premise. Read on to find out why this film offers something slightly different than a run-of-the-mill scary movie, apart from details about its cast, crew and release date.

The Empty Man Plot: What Is It About?

‘The Empty Man’ is based on a series of graphic novels of the same name by Cullen Bunn and published by Boom! Studios. While it is a supernatural horror tale, the story almost feels as if it belongs to the genre of dystopian fiction thanks to its vast scale, in terms of geography. The horrific incidents aren’t limited to just one secluded mansion or forest, like most horror stories. Instead, it is set a year after the discovery of a mysterious disease that has claimed the lives of multiple people across the nation.

Some of the symptoms of the disease include hallucinations, suicidal psychosis, and catatonic shocks, ultimately leading to the victim’s death. While various governmental organizations desperately attempt to find a cure for the disease, numerous cult-like organizations are formed all over the country, all of them trying to summon a scary, supernatural entity. Amidst all of this chaos, an ex-police officer is on the lookout for a missing girl while dealing with past trauma related to the violent deaths of his wife and son.

The Empty Man Cast: Who Is In It?

‘The Empty Man’ stars James Badge Dale in the leading role. He plays the role of James Lasombra, a former police officer who is trying to find a missing girl and comes across a cult attempting to summon a scary, supernatural entity. Dale is best known for playing Chase Edmunds on the television series, ’24.’ Moreover, he also appeared in Martin Scorsese’s ‘The Departed’ and played Simon in ‘Lord of the Flies.’ He also stars in ‘CSI: Miami,’ ‘CSI: NY’ and the apocalyptic movie, ‘World War Z.’

Moreover, the American actress, Samantha Logan essays the character of Davara Walsh in the movie. She is prominent for playing Nona Clark on the television series, ‘666 Park Avenue’ and Taylor DuBois on the soap opera, ‘General Hospital.’

Stephen Root plays the character, Arthur Parsons in ‘The Empty Man.’ He is an American actor, voice actor and comedian who voices the characters, Bill and Buck on ‘King of the Hill.’ He also stars in  ‘Office Space,’ ‘NewsRadio’ and ‘Star Trek: The Next Generation.’ More recently, he can be seen in Amazon’s ‘The Man in the High Castle’ and the critically acclaimed horror movie, ‘Get Out.’ He has also been a supporting cast member in television series like ‘Boardwalk Empire’ and ‘Barry.’

Joel Courtney from ‘Super 8’ and ‘The Messengers’ plays a character named Brandon Maibum. Additionally, a character named Nora Quail is essayed by Marin Ireland from ‘Sneaky Pete.’ Plus, the Candian actor, Aaron Poole plays a man named Paul while Adam Ferguson plays a character called The Tulpa. Owen Teague who is seen in the ‘Black Mirror’ episode, ‘Arkangel’ plays Duncan West while Evan Jonigkeit from ‘X-Men: Days of the Future Past’ and ‘Easy’ plays the character, Greg.

The Empty Man Crew: Who Is Behind It?

‘The Empty Man’ is directed by David Prior and the movie will mark his feature film directorial debut. Prior has mostly helmed short videos and documentaries before. Other than that, he most notably produced ‘AM1200.’ Prior also serves as the movie’s writer.

Christopher Young composes the movie’s music score and he is known for serving as the music composer for numerous horror and thriller movies. Some of the films that Young has worked on include ‘Drag Me to Hell,’ ‘The Exorcism of Emily Rose’ and ‘The Grudge’ apart from ‘Spider-Man 3’ and ‘Ghost Rider.’

Anastas N. Michos handles the movie’s cinematography while the editing is taken care of by Andrew Buckland and Prior. Boom! Studios is the production house backing the project while 20th Century Fox is distributing it.

The Empty Man Release Date: When Will It Premiere?

‘The Empty Man’ is scheduled to release on August 7, 2020. It promises to be a slightly unique movie in the overcrowded horror genre. Firstly, it is not set in a secluded house or any tiny, remote location like that. Secondly, it does not feature the classic horror trope of a group of characters discovering something supernaturally horrifying and attempting to survive.

Instead, it takes the premise of some unexplainable event to a whole new, almost dystopic level. There are cults, unexplainable diseases, missing persons, past traumas and nation-wide crises. Moreover, the graphic novel that it is based on is visually spine-chilling and we hope that film can come close to reproducing that level of horror.