The Great British Baking Show: Where Are the Winners Now? 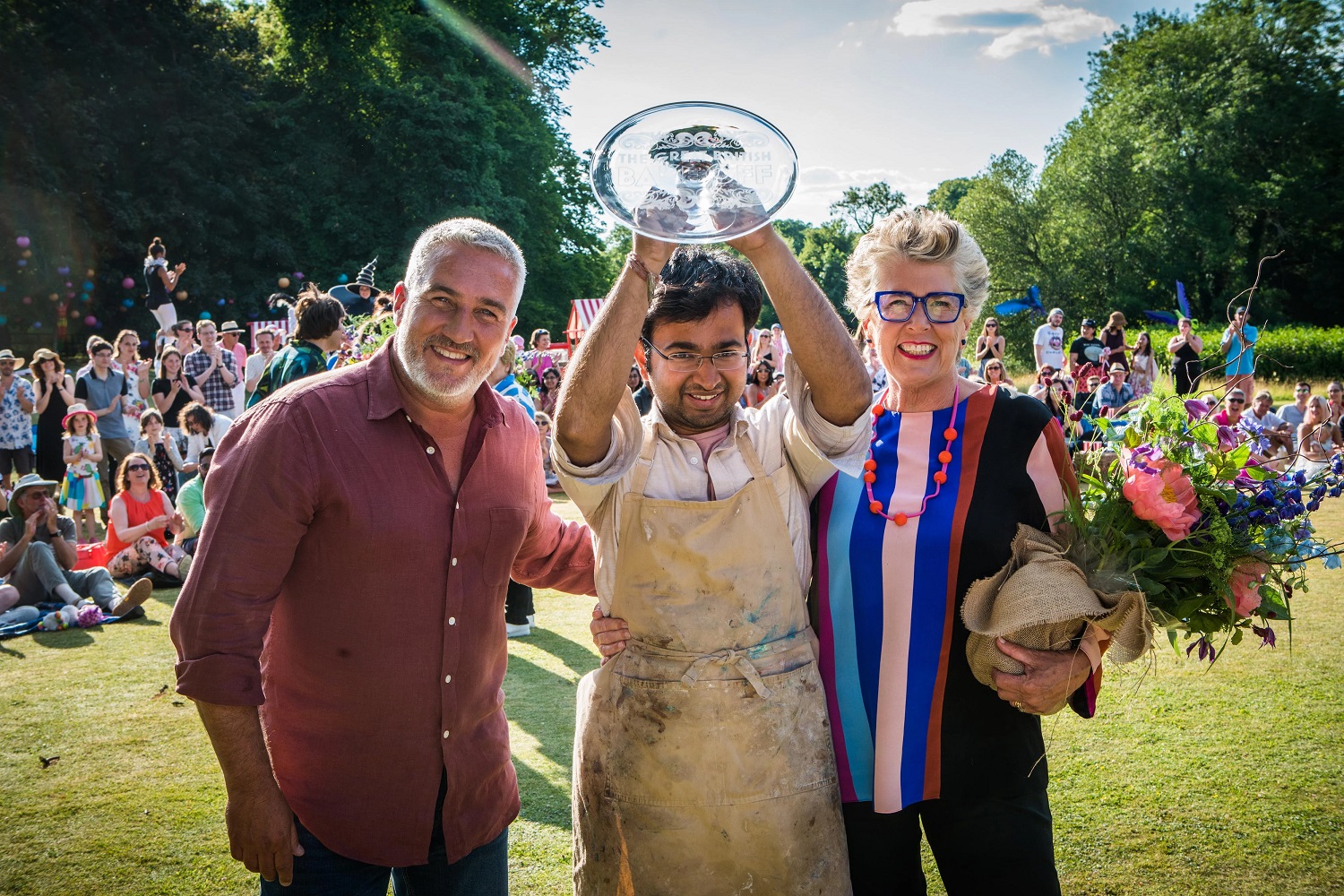 ‘The Great British Bake Off,’ AKA ‘The Great British Baking Show,’ is a British baking series that provides several amateur participants the opportunity to showcase their skills. In each episode, they must go through three different tasks, which are based on the week’s theme, to cement their position within the competition. However, a bad week might also lead to a participant’s elimination.

In the end, the baker who beats all the odds and defeats his two opponents in the finale is proclaimed the winner. Since its release in 2010, the cooking series has been a source of massive entertainment to the general public. Given the release of its thirteenth season, fans of the series cannot help but wonder about the current whereabouts of the show’s past winners. Where are the star bakers now, and what are they up to these days? Luckily, we are here to explore the same!

Where is Edd Kimber Now?

Starting with the winner of season 1, we have Edd Kimber, who baked his way to victory with his skills. Since being crowned the champion in 2010, the reality TV star has written seven cookbooks. This includes ‘The Boy Who Bakes,’ ‘Say It With Cake,’ ‘Patisserie Made Simple,’ ‘One Tin Bakes,’ and ‘One Tin Bakes Easy.’ In 2022, he released ‘Small Batch Bakes,’ which became a Sunday Times Bestseller. Edd has left his corporate life behind and works as a freelancer for magazines and newspapers.

Some of Edd’s written works have been a part of BBC Good Food, Olive Magazine, Delicious, The Washington Post, and The Guardian. Apart from being the resident baker on The Alan Titchmarsh Show, he can be seen on shows like ‘Sunday Brunch,’ ‘Good Morning America,’ and many more. Moreover, he runs an online food blog named The Boy Who Bakes, which has been honored by Woman and Home Magazine and Channel 14. Presently, Edd is based in London, England, and has an adorable dog named Wesley; the baker recently announced his newsletter in collaboration with Substack.

Where is Joanne Wheatley Now? 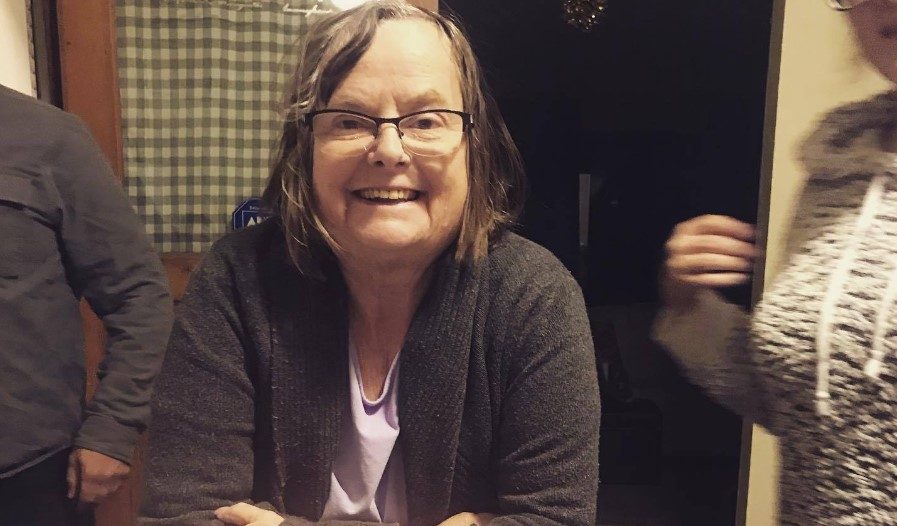 Joanne “Jo” Wheatley won the second iteration of the show and presently works as a writer. The baker has penned two books, ‘A Passion for Baking,’ and ‘Home Baking,’ released in 2012 and 2014, respectively. She even runs a blog website called Jo’s Blue AGA, which she uses to share recipes and other food-related content. After winning the show, Jo started a cookery school in Essex, England, which quickly rose to prominence and became one of The Guardian’s Top Five UK Baking Schools.

Over the years, the reality TV star has written for Sainsbury’s magazine, The Sun, The Mirror, BBC, and many more publications. She briefly appeared on shows like ‘The One Show,’ ‘This Morning,’ ‘The Alan Titchmarsh Show,’ etc. As one of the more famous faces from ‘The Great British Baking Show,’ she has always been in demand and has given multiple interviews in the past; Jo was a judge on ‘Big School Bake Off.’ She has three sons, Billy, Jesse, and Dylan, with her husband, Rich. Besides, she has an adorable grandson named Harley and loves her dog, Ellie. The baker is affiliated with Limelight Management and lives in Essex, England.

Where is John Whaite Now?

Moving on to the winner of the show’s third iteration, we have John Whaite. Since his time on the show, he has authored four different cookbooks, including ‘John Whaite Bakes,’ ‘John Whaite Bakes at Home,’ ‘Perfect Plates in 5 Ingredients,’ and ‘Comfort: Food to Soothe the Soul.’ John’s television career also seems to thrive, given his multiple appearances on several shows. Furthermore, he had the honor of hosting ‘Chopping Block,’ and was in the finals of ‘Strictly Come Dancing’ season 19.

John’s time on the latter was undoubtedly historical as he and Johannes Radebe were the first-ever same-sex couple on the show. As of writing, he is engaged to his partner of over 14 years, Paul Atkins, a Graphic Designer. The couple has been betrothed to each other since July 21, 2017. Not just that, the reality TV star is known for his charity work and social awareness campaigns.

Where is Frances Quinn Now?

The show’s fourth season was won by Frances Quinn, who combined her design background with baking to create beautiful masterpieces. Presently, she serves as a Creative Consultant and Visual Inspirer at Frances Quinn Limited. She has written a book titled ‘Quinntessential Baking,’ which aims to provide fresh ideas for one’s kitchen.

As of writing, Frances holds two Guinness World Records for the world’s biggest Jaffa Cake and Grand Slammy Jammy Dodger; apparently, she is planning on tackling Bourbon soon. Based in Market Harborough, England, the baker is in a happy relationship with Dafydd Goodwin.

Where is Nancy Birtwhistle Now?

Nancy Birtwhistle won the fifth season of ‘The Great British Baking Show’ and has made impressive strides in the culinary field ever since. She has written three books, ‘Green Living Made Easy: 101 Eco Tips, Hacks and Recipes to Save Time and Money,’ ‘Clean & Green: 101 Hints and Tips for a More Eco-Friendly Home,’ and ‘Sizzle & Drizzle.’

Presently, Nancy and her husband, Tim, live in a beautiful house with plenty of garden space, which the baker utilizes to grow her own produce. In addition, the couple has nine grandchildren whom they dote on dearly. Nancy likes to share her recipes with the public through her website and social media and often posts food-related content.

Where is Nadiya Hussain Now?

Perhaps one of the most well-known contestants from the British baking series, Nadiya Hussain, the winner of ‘The Great British Baking Show’ season 6, has established herself as a successful woman in many fields. As of writing, she has authored 13 books, which fall into multiple genres like cooking, children, and motivational. Nadiya’s television career has also risen since her victory in the British baking series; the reality TV star has appeared as a judge and host in numerous shows over the years.

In 2020, Nadiya was recognized as a member of the Order of the British Empire in the New Year Honours for her contribution to broadcasting and the culinary arts. The star baker was given the honor of baking a cake for Queen Elizabeth II’s 90th birthday in 2016, for which she prepared an orange drizzle cake with orange curd and buttercream. In December 2018, Nadiya remarried her husband Abdal Hussain, whom she had initially married at the age of 20 after a single meeting due to the practice of arranged marriage in Bangladesh. The couple has two sons, Musa and Dawud, and a daughter named Maryam.

Where is Candice Brown Now?

Talking about the series’s seventh season, we have Candice Brown, the winner of the particular installment. Since her time on the show, Candice has written two cookbooks titled ‘Comfort: Delicious Bakes and Family Treats’ and ‘Happy Cooking: Easy Uplifting Meals and Comforting Treats.’ She and her brother Ben are the owners of The Greenman Eversholt, a pub in Eversholt, England. The reality TV star is active in charitable causes and often promotes different movements through her social media.

Where is Sophie Faldo Now?

The eighth season of ‘The Great British Baking Show’ saw Sophie Faldo take home the winning title. Since then, the baker has opened her own company, Sophie Faldo Couture Cakes, which specializes in wedding cakes. Based in Wiltshire, England, the company offers services in other areas of the country, including Somerset and the South-West. Furthermore, Sophie was a part of ‘Travel With a Goat’ alongside Abraham Bandera Baez in 2019. Based in Wiltshire, England, the reality TV star is affiliated with Kim Glover Entertainment and has an adorable cat named Odin.

Where is Rahul Mandal Now?

Rahul Mandal was crowned the winner of season 9 of the British baking series. Currently, he works as a Researcher at the University of Sheffield’s Nuclear Advanced Manufacturing Research Centre. Though Rahul has not made any moves towards switching fields as of writing, the baker did appear in the 2021 iteration of ‘The Great New Year Bake Off’ and won the competition. In May 2022, he announced the release of his first-ever book, ‘ Showstopping Cakes,’ which can currently be pre-ordered. As of writing, the researcher lives in Sheffield, England, and often shares his breathtaking baked creations on social media.

Where is David Atherton Now?

The tenth iteration of the British show saw David Atherton as the winner. Since being declared champion, he has become a respected name within the culinary industry. As of writing, David has penned three different cookbooks, ‘My First Cook Book: Bake, Make and Learn to Cook,’ ‘My First Green Cook Book: Vegetarian Recipes for Young Cooks,’ and ‘My First Baking Book: Delicious Recipes for Budding Bakers.’

Along with Michael Chakraverty, David hosts ‘Sticky Bun Boys,’ a weekly podcast discussing disastrous baking-related incidents. Presently, the reality TV star serves as the Food Writer and Director of Nomadbaker and is a Brand Ambassador for Lily’s Kitchen. David is in a happy relationship with Nik and is the parent of a cute dog named Kai.

Where is Peter Sawkins Now?

As of writing, Peter Sawkins, the winner of ‘The Great British Baking Show’ season 11, is a student at the University of Edinburgh. The baker is in his third year of studies to get a Master of Arts degree in Accounting and Finance. Peter even released his first cookbook, ‘Peter Bakes,’ in October 2021, followed by his second book, ‘Peter’s Baking Party,’ a year later in October 2022.

Presently based in Edinburgh, Scotland, the reality TV star had to clarify that he was not a part of the LGBTQ+ community in June 2022. The speculation regarding his sexuality started due to a post where Peter shared clips from a trip. The fact that he was holding hands with another guy led many to believe that he was coming out during Pride Month. However, he quickly cleared the confusion not to let any rumors fester.

Where is Giuseppe Dell’Anno Now?

Finally, we have Giuseppe Dell’Anno, the winner of season 12 of the baking show. The Italian won the hearts of viewers and judges with his culinary skills. In October 2022, he released his first-ever cookbook, ‘Italian Bakes,’ alongside new books from Peter Sawkins and Rahul Mandal. After his time on the baking series, Giuseppe moved to Milan, Italy, to start his new job as senior manager of R&D at Sealed Air Corporation.

The reality TV star travels between Italy and England to spend time with his family. He likes sharing his recipes and promoting different brands through social media. Interestingly, Giuseppe seems to be on a self-appointed quest to meet as many participants of ‘The Great British Baking Show’ as possible and has made remarkable progress.