The True Story Behind ‘The Mule’, Explained

At the age of 88, Clint Eastwood is a gift that keeps on giving. With his latest crime drama, ‘The Mule’,  which he not only directed but also starred in, he gives us the story of the world’s oldest drug mule who transports cocaine for a Mexican drug cartel, as a 80 something year old Earl Stone. The movie marks Eastwood‘s first starring role in a film directed by him since his ‘Gran Torino’ which was released over a decade back in 2008.

‘The Mule‘ centres around the life of Earl Stone, a Korean war veteran and an award-winning horticulturist from Peoria, Illinois, who is in his 80s and facing a financial crisis. Stone has a strained relationship with his wife and daughter as he never gave them enough time. But he does maintain an amiable relationship with his granddaughter whose wedding attends. It is during this time that he is propositioned to become a mule for a Mexican drug cartel, which he accepts out of desperation for money. Due to his old age, race, and spotless criminal records, no one suspects him and he eventually ends up carrying huge amount of cocaine for which he gets a large amount of cash. The rest of the film follows what happens next, his relationships, and how he eventually gets caught.

Interestingly, ‘The Mule’ is inspired by Leo Sharp, the real-life 90-year-old-drug mule who worked for the Sinaloa cartel. The screenwriter of the film, Nick Schenk, wrote the script based the New York Times article by Sam Dolnick which was on the rise and fall of Sharp. Here’s everything we know about it.

Who Was Leo Earl Sharp?

Just like Earl Stone in ‘The Mule’, Leo Sharp was also an award-winning horticulturist and war veteran. Instead of the Korean war, Sharp was a World War II veteran from Michigan. After the war, he dedicated his life to his passion of planting and horticulture. He specialized in daylilies and became world-renowned for hybridizing the proper breed of flower. So much so that he was once invited to the White House where he planted flowers in the Rose Garden for the then-President, George H. W. Bush. His daylilies were so popular that people from all over came to get them from his farmhouse in Michigan. In fact, he officially has 180 daily varieties registered to him.

But by 1990s, Sharp began to develop problems with his horticulture business. He was then propositioned by the Mexican labourers that worked at his farm to transport drugs for the Sinaloa Drug Cartel which was run by El Chapo a.k.a. Joaquin Guzman. Desperate for money due to his own financial struggle, he agreed to work for them. All he had to do was drive.

Sharp ended up becoming Sinaloa’s most notorious drug courier and usually transported over 200 kilos of cocaine per month. He is believed to have made over $1 million dollars in a year alone. Because of his popularity as the drug mule and his age, he was called ‘Tata’ (grandfather) by the cartel members.

According to D.E.A. Jeremy Fitch, Leo was the perfect courier for the cartel, “He’s has a legitimate ID, he’s an older guy, he wouldn’t be pegged as a drug runner and he has no criminal history”. Sharp worked as a mule for around a decade, driving around the country and dropping off shipments in Arizona, Boston, Michigan etc in a single trip, and he was never suspected.

Eventually, due to the growing drug trade, D.E.A. Special Agent Jeff Moore was appointed to find the notorious “Tata”. He did so by finding Ramos, the bookkeeper for El Chapo who eventually cracked and revealed relevant information in return of protection. Finally, in 2011, Leo Sharp was caught while he was carrying 104 kgs of cocaine in his pick-up truck. He was soon imprisoned for 3 years but he got out after 1 because of his deteriorating health, and ultimately passed away in 2016.

How Accurate is the Film? 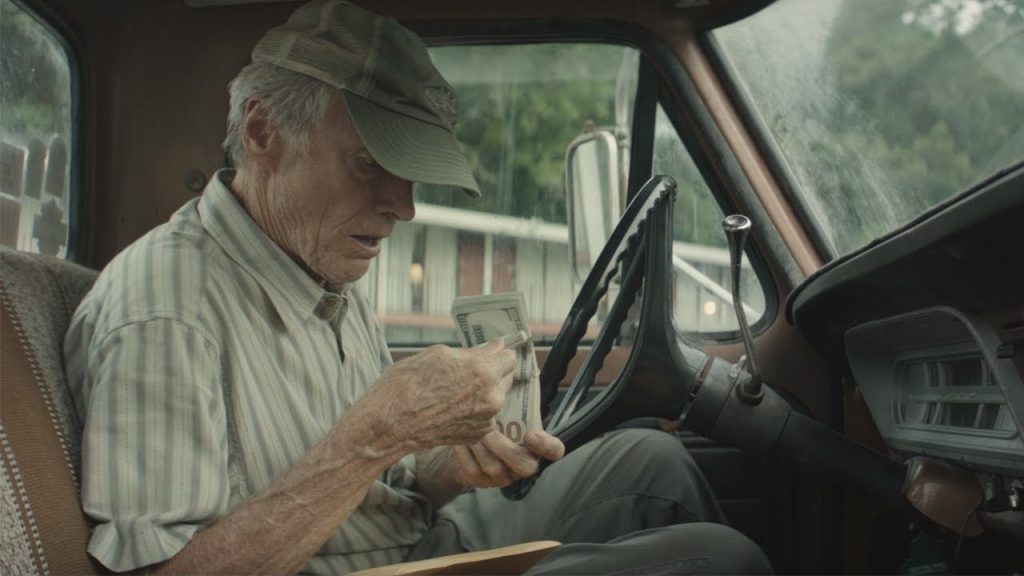 Eastwood’s ‘The Mule’ is fairly accurate in its depiction and portrayal of Leo Sharp and his career as a drug courier. But it does take some liberties, which actually help fill-in gaps, and also make the film feel more personal. Eastwood offers a fictionalized backstory to Earl Stone’s character through the movie by focusing on his personal relationships with his wife and daughter. He creates Stone as an almost anti-hero who is stricken by regret for how things are with his family, and also when he pleads guilty at court for the crimes.

A key point in Stone’s narrative is his strained relationship with his family, especially his wife and daughter. His wife, Mary’s death plays a crucial role in the film towards its climax as he postpones his drug delivery to make peace with her and spend time with her during her last days. Leo Sharp’s family life was never mentioned in the NYT article or elsewhere, so there is no way to know about his relationship with his family. Another difference would be that though Sharp pleaded guilty he actually did not show much remorse, and tried to avoid jail time. On the hand, Eastwood’s Earl Stone pleads guilty, taking full responsibility for his crimes.

Earl Stone was definitely based on Leo Sharp, as Earl too is an award-winning horticulturist who specializes in daylilies, and also a war-veteran who lives in a farm. Of course, as mentioned above, instead of the World War II, Stone is a Korean war veteran. He also drives a pick-up truck like Sharp and transports as much cocaine as Sharp did all over the country, and is also nicknamed “Tata”. Only difference is, instead of Mexican labourers propositioning him, he is propositioned by his granddaughter’s bridesmaid’s friend in the film.

Interestingly, Bradley Cooper‘s character of D.E.A agent, Colin Bates was also actually based on D.E.A. Special Agent Jeff Moore who caught Leo Sharp in 2011. It was Moore’s interview with the New York Times about his investigation and Sharp’s arrest that turned into the article by Sam Dolnic, “The Sinaloa Cartel’s 90-Year-Old Drug Mule” on which the screenplay of the film is based.

In ‘The Mule’, though Earl Stone is based on Leo Sharp and though the movie centres around his career as a mule, Stone’s personality is something that more or less created by the writer and Eastwood. The movie only follows the crux of Sharp’s story and makes its own improvisation, which make the film a lot more humorous, engaging and warm, also oddly personal as Eastwood’s own daughter, Alison Eastwood, plays his on-screen daughter. The movie adds many more layers to the original tale of Leo Sharp with the way Stone’s character is created and brought to life by Eastwood.