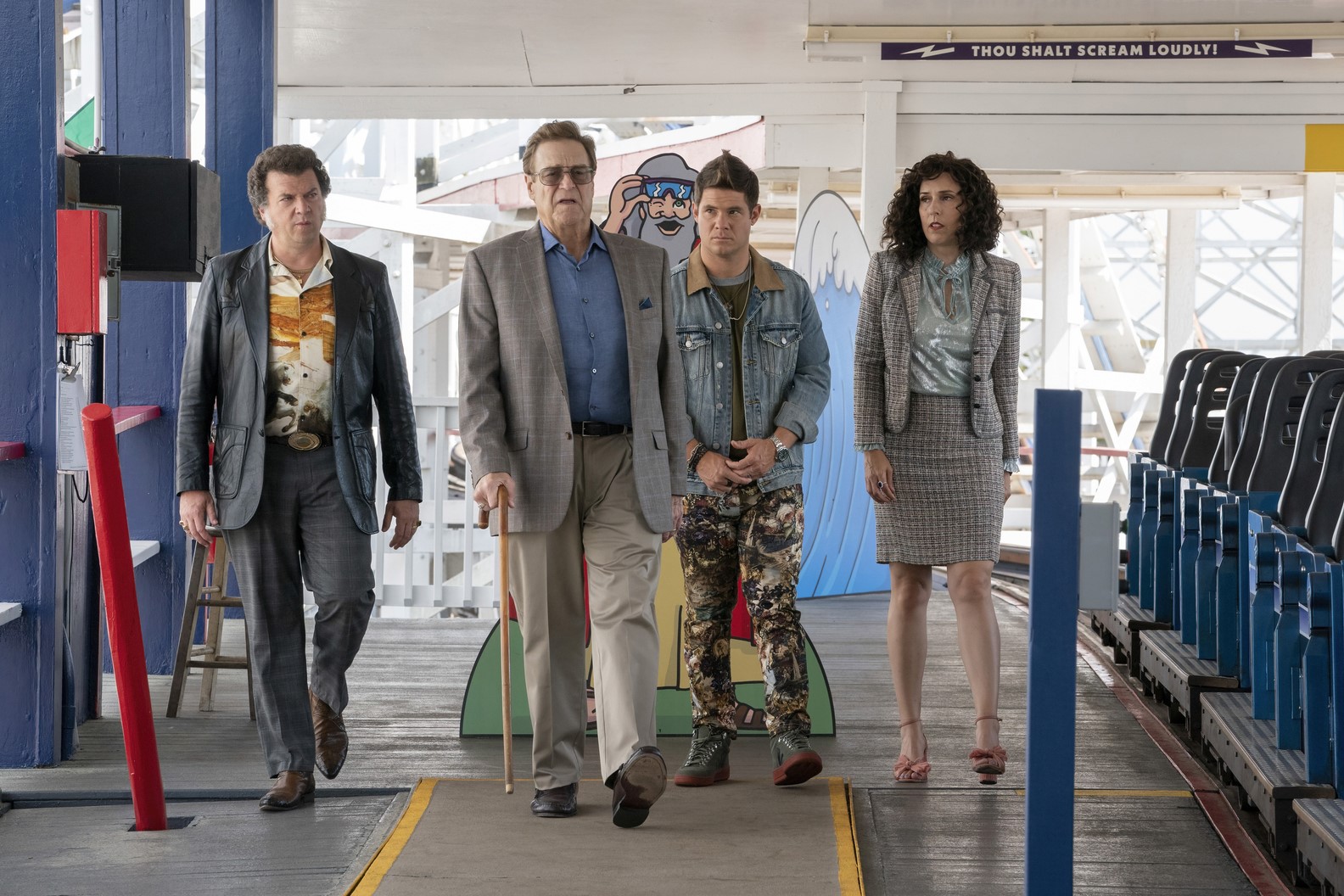 As the second season finale nears, ‘The Righteous Gemstones’ begins to make certain revelations about the core mystery. The three Gemstone siblings promise their recuperating father that they will get along from now. Jesse (Danny McBride) seems to curtail his ambitions, much to the disappointment of Amber (Cassidy Freeman).

“Baby” Billy (Walton Goggins) revisits his past, while Judy (Edi Patterson) finally realizes that letting a very pregnant Tiffany stay is the right thing to do. Meanwhile, Kelvin regains his control over the God Squad. Here is everything you need to know about the ending of ‘The Righteous Gemstones’ season 2 episode 8. SPOILERS AHEAD.

‘The Righteous Gemstones’ begins with a flashback scene that takes the narrative briefly back to 1993 in Memphis. Junior (Eric Roberts) tries to convince his father that pro-wrestling has drastically changed, and a promotion is destined to fail if it’s not one of the big ones. He seems even to convince Glendon to pass the proverbial baton to him and liquidate the gambling operations. However, after the fire sale, Glendon forces Junior to handcuff himself at gunpoint and leaves with the money. As we know, he later visits Eli, hoping to launder that money through his church.

In the present time, the four motorcycle-riding attackers haven’t revealed anything to the police. Martin tries to break their silence with money, but that doesn’t work. “Baby” attempts to sell his products at a nursing home. Afterward, he has a vision of his sister, who tells him to go and reconcile with Harmon, who apparently lives nearby. Macaulay Culkin portrays the adult Harmon. He seems to be doing quite well. He lives in one of those large houses that exudes a sense of wealth and is married with children. Harmon agrees to forgive his father under one condition: “Baby” Billy will let him punch him once. “Baby” Billy reluctantly agrees and gets knocked off his feet.

At the Gemstone compound, Eli expresses his gratitude towards his family members — Gideon for his recklessness and courage while capturing the attackers, Judy for singing to him while he was on life support, and Kelvin (Adam DeVine) and Keefe for staying with him and helping him get back to his feet. Jesse feels left out but is surprisingly not that bothered by this. It seems that seeing his father lying on that hospital bed has given him perspective about what is important in life.

However, Amber, ambitious as always, feels disappointed for both of them and seems to accuse her husband of not being driven enough. Later, Eli and Jesse converse and the former finally acknowledges the fact that Jesse has kept things running in his absence. Meanwhile, Kelvin challenges Torsten and successfully drags the large cross, pulling it upright. Before Torsten leaves along with the other muscle-bound men, he points out that Kelvin didn’t have to do any of this. After all, the house belongs to him.

The Righteous Gemstones Season 2 Episode 8 Ending:  Who Is behind the Attacks on the Gemstones?

Even though Eli promises his children that he will not confront Junior if they get along, he realizes that certain things need closure and travels to Memphis. Surrounded by Junior’s pro-wrestlers, Eli confronts the man. He believes that Junior has come after him because of Glendon. It is revealed that Thaniel Block visited Junior for an interview about Eli. And that’s what piqued Junior’s interest, and he sought out the Gemstone family patriarch.

Junior wasn’t looking for his father. Given that Glendon pointed a gun at him during their last encounter, this is perfectly understandable. When Eli admits that his own father shot Glendon and the latter is now buried under a theme park, Junior finds that more acceptable than Glendon escaping to Bolivia with the money. We regard the Gemstone family as the epitome of dysfunctionality; the Marshes belong to a whole different category.

In the episode’s final scene, the attackers are broken out of police custody. They are clearly well-funded and devoted to their cause. By the process of elimination, the likely culprits are the Lissons. They believe that until Eli is alive, Amber and Jesse will not be able to give $10 million for Zion’s Landing. As for the attack on Amber and Jesse, that was probably meant to be a misdirection. The attackers intentionally missed them while shooting at the bus.