The first half of ‘The Sinner‘ season 4 revolves around Detective Harry Ambrose investigating the disappearance of a young girl named Percy Muldoon on Hanover Island. However, after Percy’s dead body is discovered, Harry becomes determined to uncover what truly led to Percy’s death.

Numerous secrets begin to come to light, and that trend continues in the fifth episode. Harry learns more about Percy’s interest in ritualistic activities and finds some crucial clues. A shocking event bookmarks the episode, leaving plenty to the audience’s imagination. Here’s what happens at the end of ‘The Sinner’ season 4 episode 5, and what it means. SPOILERS AHEAD!

The fifth episode titled ‘Part V’ opens with Harry investigating the Bazegw Cliff. There he finds a stone with blood on it and the crest of a boat. He speaks to Meg in hopes of finding who the boat belongs to. Meg takes him to the Harbor Master’s office. At the office, Harry notices an item similar to the one he saw by the beach. Harry realizes that it belongs to Emiliana Castillo, one of the masters. He finds Emiliana’s address and searches her place for clues. Harry finds a diary detailing Percy’s mental state and the phrase “Free the Bone From the Flesh” scribbled on a table.

Harry returns home, trying to make sense of all the things at Emiliana’s house. Emiliana confronts Harry at his house, and Harry questions her about Percy. After initially being hesitant to share, Emiliana tells Harry that she had seen Percy grow up, but they only started talking after she returned from Portland. Emiliana is involved in some ritualistic practices. She claims the activities help her connect to nature, and Percy asked Emiliana to teach her.

Emiliana refuses to reveal the details of her sessions with Percy until she can trust Harry. To earn Emiliana’s trust, Harry performs the drowning ritual, which Percy had also performed. In flashbacks, Percy began to share her feelings, and eventually, Emiliana realized that her past was haunting Percy. Emiliana prepared Percy to undergo a ritual that was supposed to help her leave behind the relationships that were holding her back in life. However, Percy hurt herself (with the Celtic Star), and the ritual ended abruptly.

In the present, Harry learns from Sonya that the mysterious red raincoat-clad person stole pictures Sonya had clicked. She sends Harry the back up of those photos. Harry shows a picture with two boats to Meg, who identifies one of the boats as Brandon’s. However, as they prepare to interrogate Brandon, a tragedy strikes.

Near the episode’s end, Harry and Meg wait for Brandon to return with his boat by the docks. Brandon is Percy’s ex-boyfriend. After they broke up, Brandon married someone else but remained close to the Muldoons. In the previous episode, Harry suspects that Brandon is the person in the red raincoat who ransacked his home. The pictures taken by Sonya seemingly confirm that Brandon was somehow involved in Percy’s death. 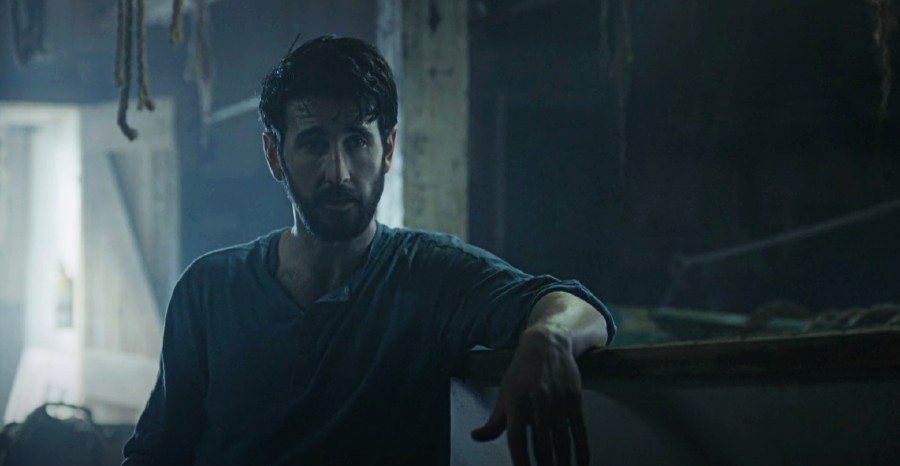 In the end, Harry and Meg see Brandon’s boat arriving at the docks, but there is no one driving it. They discover that the boat was set on autopilot to reach the shore. Meg notices that the fishing net is tied strangely, and when she pulls the net up, Brandon’s dead body rises to the surface. Therefore, Brandon is definitely dead. It is clear that someone killed him, evident by the hole at the back of Brandon’s head. It is likely that someone is aware that Harry is getting close to the truth and killed Brandon to cover their tracks.

What Was Holding Percy Back?

In the episode, we also get some clarification about the things that were troubling Percy. In the flashbacks, we see that she learned about her father’s drug addiction but was able to sort things out with him. However, the same cannot be said for her relationship with Meg and Colin. Meg wanted Percy to take over their family business which made Percy feel pressured. Percy tried to apologize to Colin after their argument about faith, but Colin was still angry at her.

However, the thing affecting Percy the most is the death of a person for which she is somehow responsible. The Celtic Star that Percy was carrying with her when she died belongs to a woman named Valerie, who seemingly died because of Percy. The incident continued to haunt the Muldoon girl and could also be the primary reason behind her suicide. We will just have to stay tuned to find out more about Valerie and her connection to Percy. The revelation adds a new layer to Harry’s quest to uncover what drove Percy to commit suicide as the detective himself struggles with the guilt of killing Jamie.