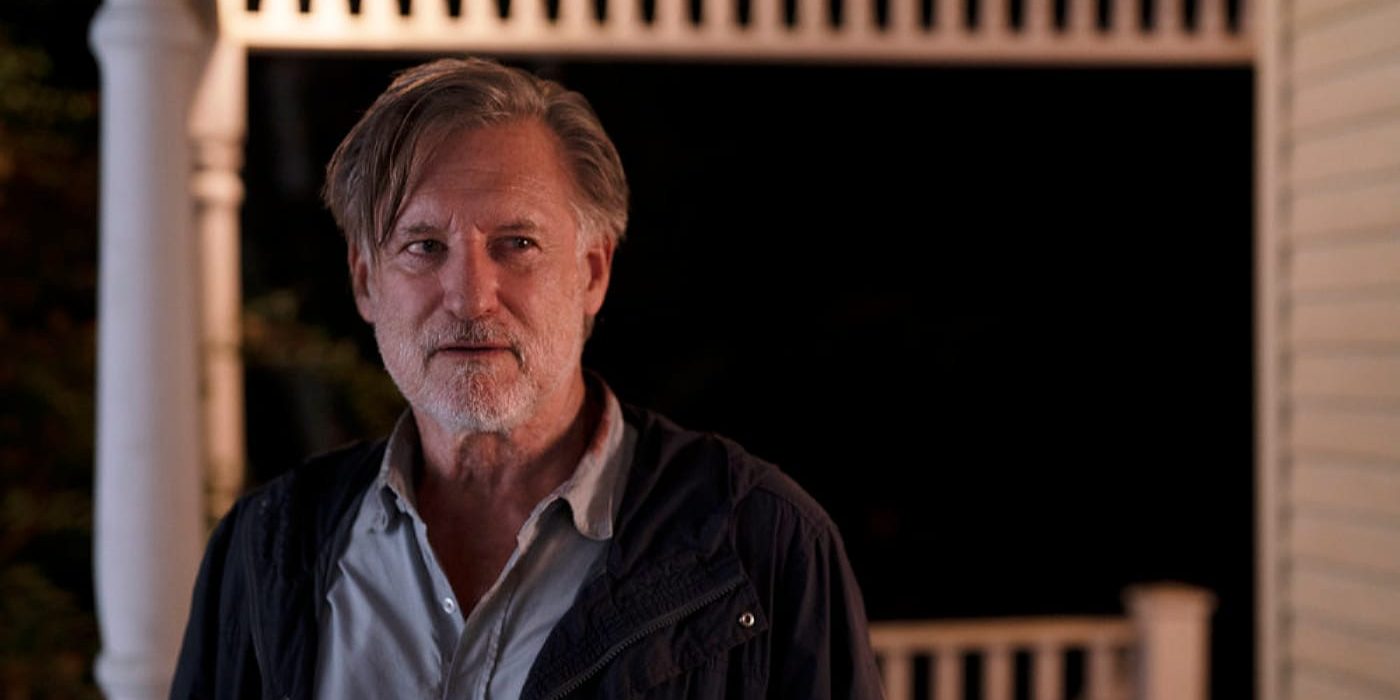 In the penultimate episode of ‘The Sinner‘ season 4, Detective Harry Ambrose finds himself at the end of his rope with very few options on hand. He is on the verge of busting open a criminal racket on Hanover Island but can no longer trust anyone, including Meg and Chief Raskin. As Harry tries to gather evidence against those involved in the racket, he faces life-threatening situations and finds himself on the wrong side of the law.

Eventually, Harry arrives at a crossroads in the case of Percy Muldoon’s death and becomes aware of the high-profile names involved in the human trafficking case. Here’s everything you need to know about the unsettling truths Harry discovers in ‘The Sinner’ season 4 episode 7! SPOILERS AHEAD!

The seventh episode of ‘The Sinner’ season 4 titled ‘Part VII’ opens with Meg patching up Harry after he suffers nasty injuries at the hands of his assailants. Harry quickly gets moving after realizing that he can no longer trust the Muldoons. From Raskin, Harry learns that Detective Brookes from Portland is building a case against Mike Lam based on a forensics report that links Mike to Brandon’s death. However, Harry insists that Mike is being framed and the evidence is planted.

Harry meets with the Lams and learns from Stephanie that Mike saw Brandon helping in smuggling immigrants to Canada. Stephanie also tells Harry about a man who makes fake Canadian IDs. At the forger’s warehouse, Harry finds pictures of the immigrants on the man’s computer. The man gives Harry a clue about the boat that takes the immigrants up north. Harry contacts Emiliana and finds that the boat is owned by a person named Verne Novak.

Harry travels to the private island where Novak lives and spots Meg leaving the place. He then holds Novak at gunpoint and extracts information about the trafficking racket. When Novak tries to act smart, Harry is forced to shoot him. Harry calls Raskin for help, but Novak warns him that the police are also involved in the illegal racket. Novak dies, and Harry is apprehended. However, he uncovers Novak’s gun, which he used to kill Brandon. Nonetheless, Detective Brookes is unwilling to believe Harry’s theory. Harry escapes from the police station and goes to confront Meg.

The Sinner Season 4 Episode 7 Ending: Who Is Running the Trafficking Racket?

In the closing moments of the episodes, Harry arrives at the Muldoon residence and speaks with Meg. Despite Harry’s accusations, Meg insists that she was previously unaware of the human trafficking racket that her sons are involved in. Harry argues that Meg must bring forward the truth to honor Percy’s memory. However, Meg counters by sternly asking Harry to drop the case and leave the town.

The episode peels off the cover of the illegal activities going on in the town. Meg’s sons, Colin and Sean, are involved in the illicit operation that sends the immigrants to Canada. However, not all of them make it up north, and some (like the woman we see with Brandon in the previous episode) end up being used for pornography and other illegal activities. The immigrants reside at the shipyard owned by Meg’s family friend, Don Lainer. Even the police are involved in the crime as Deputy Josh Moore helps Sean and Colin cover their tracks.

The episode does not reveal the mastermind of the operation, but it could very well be Don, Sean, and Colin. By the looks of it appears that Meg is telling the truth about not having any prior knowledge of the racket. Her confrontation with Don in the previous episode is evidence of the same.  Irrespective of who is behind the operation, the fact that some of the most influential people on Hanover Island are involved in the racket means that Harry will have a tough time bringing the truth to the surface.

How Did Percy Die?

In the episode, we learn a shocking truth about the night Percy disappeared. A flashback to that Saturday night shows Percy went to report her findings of the racket to Raskin. However, Raskin was off-duty, and she told everything to Josh. The deputy then took Percy back to her home under the guise of seeing Raskin. Back at home, she was greeted by Colin and Sean.

The scene implies that the duo tried to get Percy to keep her mouth shut. It is likely that the feeling of helplessness triggered by the ordeal drove Percy to suicide. Therefore, if the truth about the racket comes out, the mystery of Percy’s death will be resolved, and it could have dire consequences for the Muldoons.