The Thing About Pam Episode 3 Recap and Ending, Explained 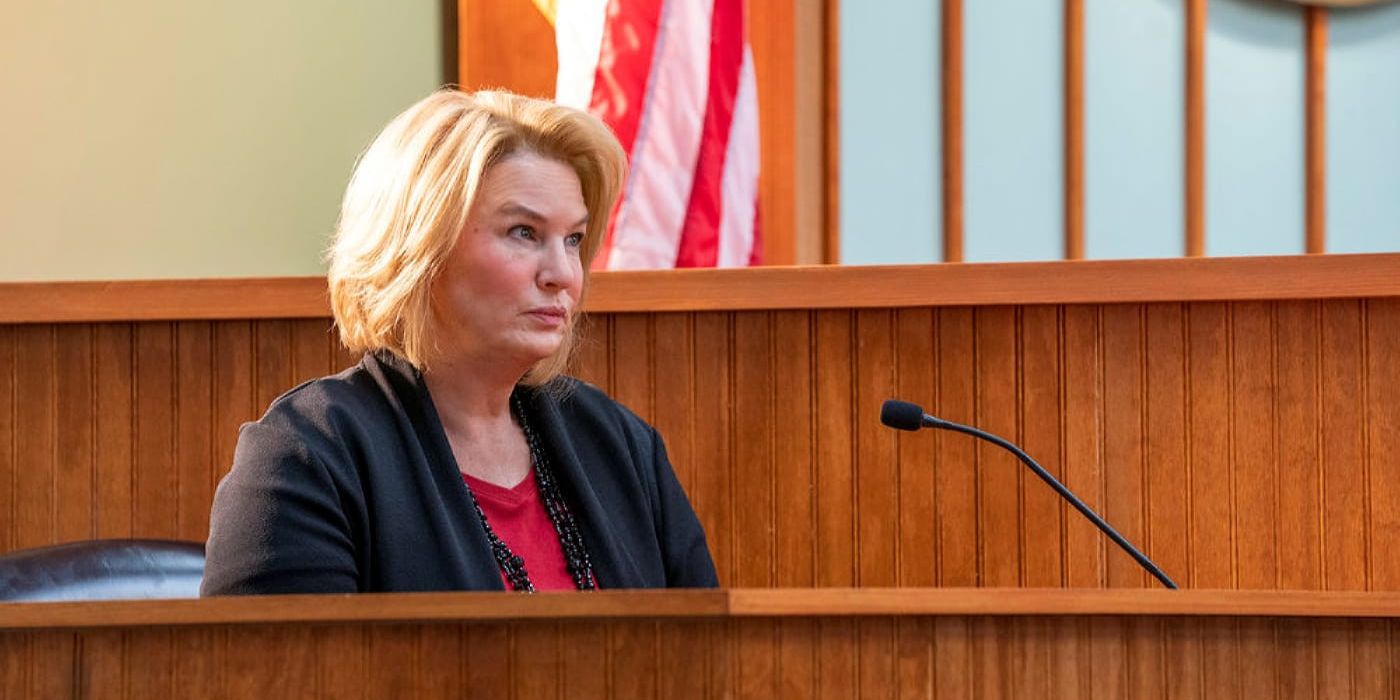 ‘The Thing About Pam‘ is a dramatized retelling of one of America’s most sensational criminal cases. It follows Pamela “Pam” Hupp (Renée Zellweger) as she tries to mislead the police investigation of her best friend, Betsy Faria’s murder. Betsy’s husband, Russ Faria, becomes the prime suspect in the case and is arrested by the police.

In the third episode of the series, Russ’ trial is held, and prosecutor Leah Askey holds no punches back in having Russ sentenced to prison. An engrossing courtroom drama unfolds, and viewers must be curious about its outcome. If you are wondering whether Russ’ attorney, Joel Schwartz, manages to clear his client’s name or if Russ is sentenced to prison, here’s everything you need to know! SPOILERS AHEAD!

The Thing About Pam Episode 3 Recap

The third episode is titled ‘She’s a Star Witness’ and opens with Pam preparing for the trial of Russ Faria. She is listed as a key witness in the trial by prosecutor Leah Askey. However, defense attorney, Joel Schwartz, believes that Pam should be treated as a potential suspect in the murder of Betsy Faria. Schwartz realizes that Askey is using her contacts in the small town to bend the case’s outcome in her favor. Meanwhile, Pam coaxes her neighbor into updating her about the events of the trial while she waits in the witness room.

Askey meets with Mariah and tries to guide her about the testification process. Elsewhere, producer of ‘NBC Dateline’ Cathy Singer gets wind of the Betsy Farai murder case. She begins to prepare to cover the case for her show. Betsy and Pam discuss their approach to the trial while Schwartz receives the witness list for the trial. Schwartz talks with Russ and informs the step-father that his daughters have been called as witnesses. Schwartz believes that Askey will try to assassinate Russ’ character in court, and they should use any dirt Russ has on his daughters. However, Russ is apprehensive of the idea.

At the trial, Askey systematically prevents Schwartz from sharing evidence that could implicate Pam as a suspect. Therefore, when Pam is called upon as a witness, Schwartz tries to get the judge, Chris Mennemeyer, to listen to his views on Betsy’s life insurance policy that could provide a new direction to the case. Moreover, Schwartz tries to prove that Pam is not sticking to her initial statement and is an unreliable witness. Nonetheless, Askey builds a solid case against Russ with the witnesses she has called. Thus, the chances of Schwartz proving Russ’ innocence are bleak.

The Thing About Pam Episode 3 Ending: Is Russ Sentenced to Jail?

As the trial progresses, all of Schwartz’s arguments are successfully countered by Askey. Moreover, it becomes evident that the judge is also in Askey’s favor and is not allowing Schwartz to point the finger at Pam. After the testimony of Mariah, Russ’ case becomes very weak. Mariah’s testimony convinces the judge and the jury that Russ is capable of a crime such as murder. However, Schwartz tries to save the day by resting all his hopes on Russ’ alibi. He calls Russ’ friends with whom he spent the evening of December 27 to prove that Russ could not have reached home in time to kill Betsy. The witness testimonies confirm that Russ was away from home around the time of the murder. Schwartz reaffirms the same with the help of Russ’ phone records.

However, Askey counters Schwartz’s claim by suggesting that Russ’ friends helped him commit the crime and established his alibi. Askey leaves a solid impression on the jury during the closing arguments, seemingly sealing Russ’s fate. Ultimately, based on the jury’s decision, Judge Mennemeyer finds Russ guilty of first-degree murder and armed criminal action. She sentences Russ to life imprisonment without the possibility of parole. While Schwartz tries to comfort Russ, the courtroom cheers Askey for bringing Russ to justice. The episode ends with Cathy Singer approaching Schwartz for a statement about the verdict. Schwartz exclaims that he will not give up fighting to prove Russ’ innocence. Schwartz adds that he will be appealing against the ruling. Meanwhile, Pam transfers the money from Betsy’s life insurance policy from the trust fund to her personal checking account.