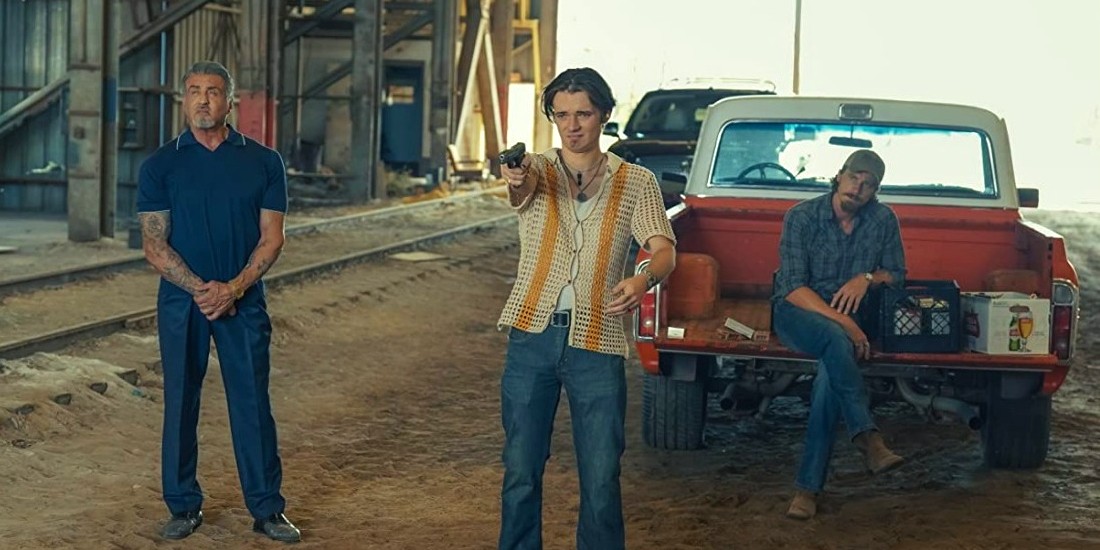 Paramount+’s ‘Tulsa King‘ revolves around New York mafia capo Dwight “The General” Manfredi. Following his release from prison, Dwight is banished to Tulsa, Oklahoma, and builds a new criminal syndicate. However, as Dwight’s power in the small town rises, he also makes some powerful foes. In the eighth episode, titled ‘Adobe Walls,’ Dwight prepares his crew for war while also setting the foundation for his casino business. Meanwhile, Dwight’s enemies go on the offensive and cause some massive damage. If you wish to catch up on the episode’s events, here is everything you need to know about the ending of ‘Tulsa King’ episode 8! SPOILERS AHEAD!

The eighth episode, titled ‘Adobe Walls,’ opens with Mitch teaching the gang how to shoot guns. Dwight insists that the crew must practice shooting as threats are rising against them. Meanwhile, Stacey Beale confronts Caolan Waltrip about the disappearance of Roxy. She accuses Waltrip of killing Roxy, but he refuses. At Mitch’s restaurant, Bodhi and Dwight meet Jimmy, Bodhi’s marijuana supplier, and discuss their restaurant expansion. They want to get the casino’s license in Jimmy’s name, using the Native American exceptions making him a part of the business. Although Jimmy is reluctant, Dwight convinces him to join their business plan.

In New York City, Don Charles “Chickie” Invernizzi deals with the aftermath of his father, Pete “The Rock” Invernizzi. With Pete out of the way, Chickie decides to go after Dwight. He considers Dwight responsible for his deteriorating relationship with Pete and wants to kill the capo. However, some members of the mob try to convince Chickie to form a truce with Dwight, but the idea repulses Chickie. During a meeting with the FBI, Stacey reveals that Roxy was an ATF informant killed by Waltrip. she convinces the FBI Agents that Waltrip is the target they should focus causing the FBI to loosen their watch on Dwight.

Dwight and Mitch meet a few candidates and hire them for their new business. Meanwhile, Tyson runs into his father, who tries to convince his son to return home. However, Tyson insists on working with Dwight. However, Tyson convinces his father that he will not be harmed, and the two seemingly resolve their differences. Tina calls Dwight, and they discuss the former moving to Tulsa with her family. However, Dwight is forced to postpone their arrival for his family’s safety. Elsewhere, the FBI and ATF launch a joint operation to catch Waltrip and his second-in-command Robbie Truecut. However, they fail to locate the members of the Black Macadam.

Following the raid, Waltrip is forced to flee his base. He calls the local corrupt cops and asks them to arrest Dwight so that he can kill his enemy in police custody. When the cops catch up to Dwight, he figures out their plot and dispatches them. As a result, Waltrip’s plan fails miserably. Bodhi convinces Jimmy that business with Dwight benefits them all. Stacey sees her therapist and discusses the complex case involving Dwight that she is working on.

Chickie calls Dwight and extends an olive branch. He wants to bury the hatchet between Dwight and the Invernizzi crime family. Chickie insists that the bad blood between them is making them look weak in front of the other New York City mafia families. He suggests burying all the differences in his father’s grave. Chickie promises to visit Dwight in Tulsa, Oklahoma, to make a fresh start. However, he secretly plans to take his crew and kill Dwight on his own turf. After a suggestion to move away for their children’s safety, Manny and his wife argue. After Manny reveals that Roxy has gone missing, his wife becomes concerned, and Manny’s refusal to move away results in his wife wanting a divorce.

Tulsa King Episode 8 Ending: Who Shot Stacey? Is She Dead?

In the episode’s final moments, Stacey arrives at Dwight’s hotel to speak with him. She informs Dwight that Waltrip has gone on the run and the FBI is after him. As a result, Dwight is safe from their radar. She asks Dwight to stay away from Waltrip and not restart their conflict. However, Dwight refuses to definitively rule out a possibility of an altercation with the Black Macadam members. Instead, he asks Stacey for a drink. Dwight’s attitude irks Stacey, and the two have an argument.

Before Dwight and Stacey can resolve their argument, two bikers arrive and open fire on them. Stacye protects Dwight but is shot in the stomach. Dwight kills one of the bikers and forces the other to flee. While we do not see the bikers clearly, it is evident that it was Waltrip and his second-in-command Robbie Truecut. Dwight kills Truecut while Waltrip flees into the night. After the shootout ends, Dwight tends to Stacey as the police arrive on the scene.

Ultimately, Stacye is mortally wounded in the gunfight and might die from the injury. On the other hand, the police arrive and arrest Dwight for being involved in the shootout. Given his history and circumstances, Dwight will have a hard time proving that she shot in self-defense. Moreover, if Stacye dies, Dwight will be doomed, and he could be imprisoned. Nonetheless, Waltrip openly attacking Dwight crosses the limit of their feud, and it is likely that Dwight will retaliate, setting up an action-packed season finale that could see Dwight’s gang going to war against Black Macadam.